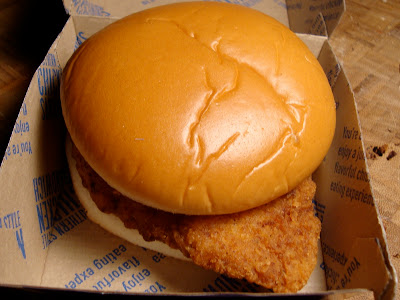 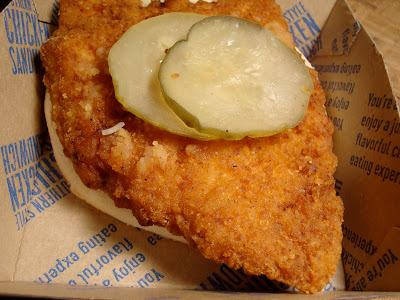 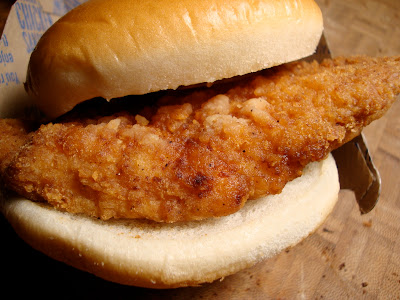 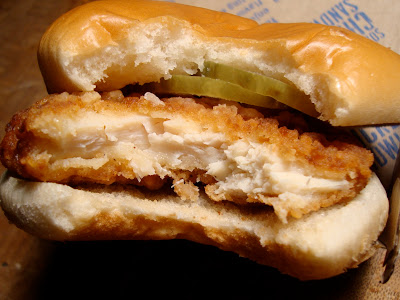 Yeah, I've told this story before but I'll tell it again. Years ago my friend Tom and I were driving down Highway 61 from Memphis to New Orleans. This is not the interstate. This is not Beale Street nor Bourbon Street and you're not going to see plastic beads being traded for flashes and ducks riding the elevator to a hotel fountain. This is the Blues Highway, the heart of the Delta, shining like a national guitar. This is where Robert Johnson sold his soul to the Devil; this is where the Southern cross the Dog.

I've driven the Columbia River Gorge in summer and the Shenandoah Valley in autumn; I've traversed the Rockies in a snowstorm and taken Highway 1 from Ventura to Portland. Highway 61 in the summer is better than any of them, blasting Muddy Waters, mosquitoes crashing against the windshield in rhythm to the music.

We stopped in Clarksdale to get gas at 9:15 in the morning. It was Tom's turn to pay for gas so he went inside while I started pumping. A few minutes later I was done but Tom had not returned. I did not think much of it until about fifteen minutes went by. I considered going inside but two guys had asked me for money (and not politely) and when I'd told them no they had not wandered far from my car. I was reluctant to leave an SUV loaded with possessions and a week's worth of road trip souvenirs to go in search of a grown man.

And it's not like there could have been a robbery going on inside the place: people were coming out every thirty seconds. I figured maybe Tom had gotten sick to his stomach. We had been on Beale Street for the last three nights; who knew what germs might have been crawling around our bodies?

Finally, more than 20 minutes after he had gone inside, he exited the gas station, a giant grin across his face.

"You gotta go inside and check out the special they have," he said.

So I did. It was a $1.49 special of a piece of fried chicken and a tall can of Budweiser. There were dozens of people in a line snaking around the gas station. I observed them for a couple minutes. Every fifth or sixth person would be paying for gas, but everyone else was getting the special. Most people were paying with exact change.

Obviously, it was the singular highlight of the road trip.

Years later, McDonald's came out with a "Southern Style Crispy Chicken Sandwich" and I had no idea what that meant. All I could think of was that Clarksdale morning. I tried the sandwich and found it to be a tasty - if completely unexciting - fried chicken patty on a buttered bun with a couple ovals of pickle. I did not drink it with a Budweiser but I considered it.

Church's, which has become one of my favorite fast food joints of late, has introduced a succinctly-if-not-originally named "Southern Style Chicken Sandwich." Their website advertises it as being "chicken genius with a pickle," although I must admit I have no idea what the f**k that means.

I headed up to the Church's in Pasadena, on Fair Oaks north of the freeway. Visiting that location is often as frustrating as following Andrew Bynum's career; sometimes it's 105 degrees inside and smells like burnt oil, sometimes they drop my food on the floor, always I wait several minutes longer than they say I will. But every once in a while I think Wow that is amazing.

But they didn't have the sandwich. This did not surprise me; the last couple promotions they have come out with have not been available in Pasadena. So I went to the Monrovia location. Again, nothing happening.

A couple days later, while driving around, I passed by the Church's in Baldwin Park. But no, they didn't have it either. Church's advertises these things as if they are going to be national promotions, but I guess Southern California misses out on them.

Only here's the thing: I was still craving one of these Southern Style Chicken Sandwiches. So I went to the only place where I knew I could get one: McDonald's. I'm not a huge fan of the Golden Arches, but at least I know when they advertise a product, they are actually going to have it.

Did I listen to Muddy Waters on the way? No, Son House.

Just as I remember the sandwich from the time I tried it years ago, it is awfully dry by itself. I seem to remember adding hot mustard sauce to it last time, but this time I decided to eat it as is. (I considered opening a bottle of Budweiser, then remembered that I haven't had any in years. I enjoy the taste but it gives me an almost instant headache.) The pickles were also dry and added nothing to the sandwich.

Overall, I can't say that I care much for McDonald's attempt at a Southern-style sandwich. There's just not much going on with it. Not to mention I know a place where you can get two pieces of fried chicken and two cans of Budweiser for the same price as one of these.
Posted by JustinM at 9:49 AM

This is one of my favorite posts you have ever written! I felt like I was right with you on that trip!

Do they have the Churchs sandwich anywhere in LA? You should go on a massive search for it this weekend... because I want to read about it!

You should have driven twenty minutes east to Chick-fil-A. Delicious. Their new(ish) spicy chicken sandwich is also quite good. Plus, they have so many condiment choices, you're sure to be in heaven. The "Chick-fil-A" sauce stands out. A mixture of BBQ sauce and honey mustard.

The McDs Southern Style sandwich is a decent option. However, on a few occasions, at more than one McDonalds, they took the easy road out by placing one of their regular crispy chicken breasts (not the southern style, pressure cooked chicken) on the sandwich. It was not nearly as good this way and definitely a let down.

Good post. It's creepy, though, how shiny that bun is. How do they DO that?!

Sarah: Thanks. Next time I go to Clarksdale, you may come with me.

Michelle: I tried 5 Church's. None had it. I've given up.

Justin: I hear you, man. But I wanted to get home and watch a basketball game so I wasn't up for any more driving.

Emily: They do that with magic, I guess.