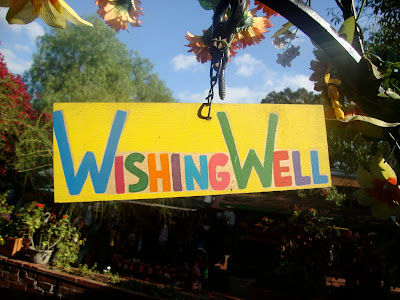 I've never been a big fan of Valentine's Day. I'm not going to launch into one of those trite tirades about how it's a corporate holiday. And I won't go into what it's like to go out to a restaurant on Valentine's Day. My reasons for not liking the day are much simpler: For the first quarter century of my life, I never had a good one. I'll spare you the details. 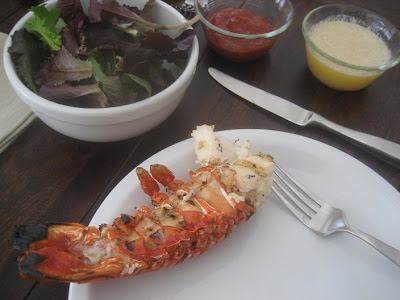 Three years ago, Elizabeth had just moved to California. I got Australian lobster tails at Fish King and grilled them. It was fun and laid back. 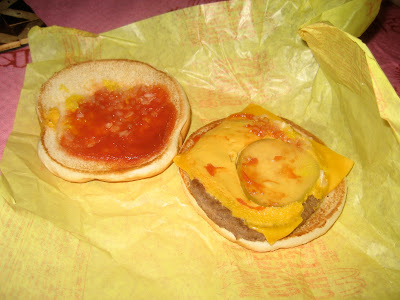 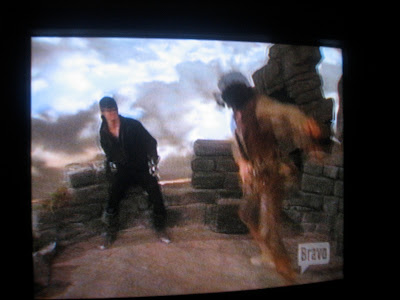 Two years ago I bought us McDonald's and we watched The Princess Bride at home. It was by far the best Valentine's Day ever. Probably the most romantic thing I've ever done, too, for that matter. I'm quite a catch.

Last year I grilled pizzas at my friend Dave's house. Dave and his wife had purchased all the groceries on the condition that I do all the cooking, an arrangement that was just fine by me. Elizabeth had just given me a new camera - my Valentine's present - and I hadn't figured out exactly how it worked yet. There was an instruction manual but I haven't read one of those yet and I see no reason to start now. I took many beautiful shots of our pizzas and, intending to erase one photo, erased all that I had taken that night. The only picture that survives is one of Elizabeth sticking her hand in the camera to prevent me from taking her picture, which at this point is actually more ubiquitous in my collection than food photos.

This year, with Valentine's Day being on a Monday, I considered doing something really nice for Elizabeth, since she hates Mondays. But then I found out an episode of Huell Howser titled "Lint Art" was on. There was no way I was doing anything but sitting in front of the TV. (Remember what I wrote about being a catch?)

Then Elizabeth mentioned the other day that she wanted to go to Olvera Street, have a drink, several churros, and possibly buy a shirt. I suggested we do that on Saturday and make it our Valentine's plan. No fancy dinner, no presents, just us hanging out on an 80 degree February day having cervezas, chips and salsa, and fun. Can you think of anything better? 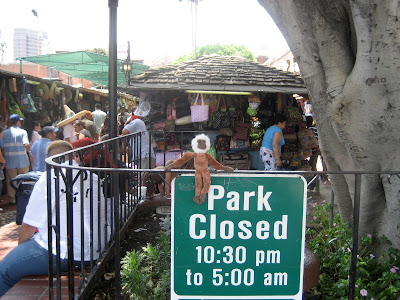 Years ago my brother and I had an idea for a blog. I had a stuffed animal at the time, a gibbon. My brother worked on the show NCIS; the main character, played by Mark Harmon, is named Gibbs. So I named my gibbon Gibbs. We decided we could take pictures of Gibbs in places all over L.A., some obvious and some obscure, and call the blog "Where Is Gibbs?"

Predictably, that idea only lasted about a week. But it just so happened one of the places we went that week was Olvera Street, so I took a picture of Gibbs The Gibbon just chilling there. And I'm using it today, almost five years later. 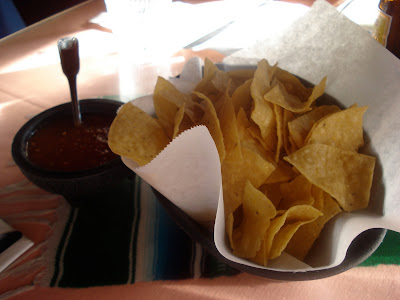 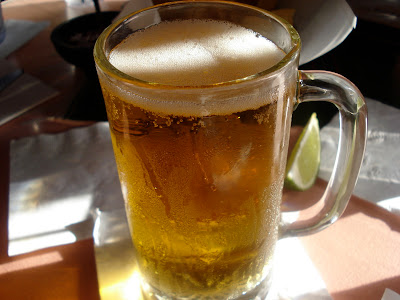 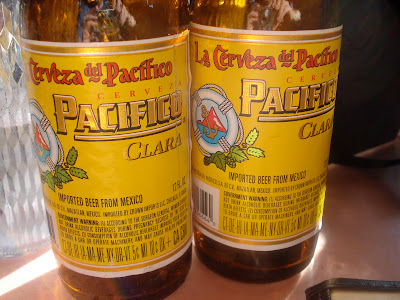 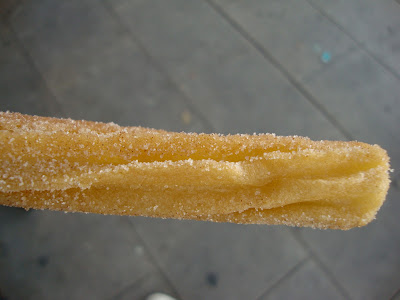 A freshly fried churro, rolled in sugar and still warm, is one of the best things you will ever eat. 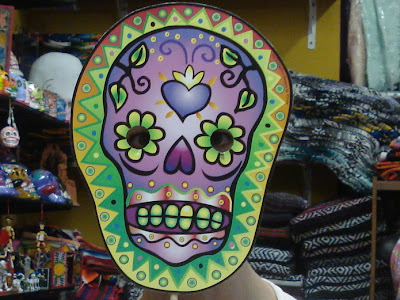 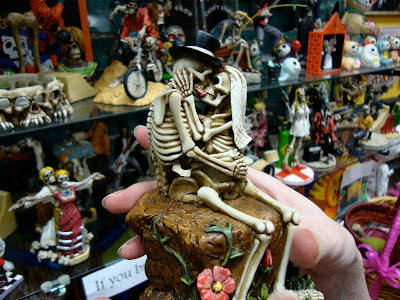 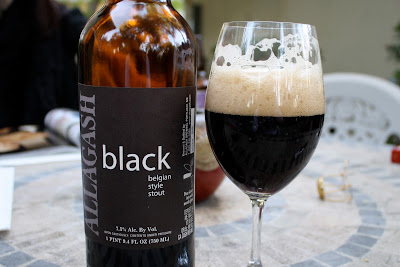 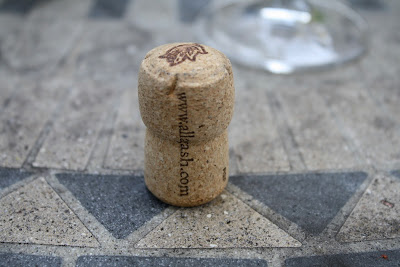 Back at home, our friend (and new neighbor) Tim came by with a bottle of Allagash Stout. I'd never tried it before but it was delicious. 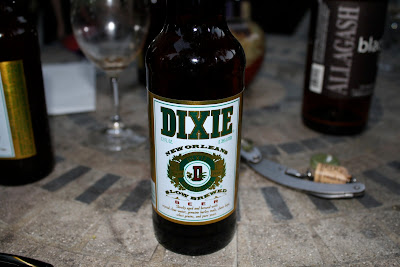 We went to BevMo to pick up some Dixie Beer and Abita Purple Haze. It was more crowded than I have ever seen it. Apparently other people were on to the whole "Hey, it's a Saturday in February and it's 80 degrees, let's sit outside and have some cold beer" idea. I thought for sure I was the only one. 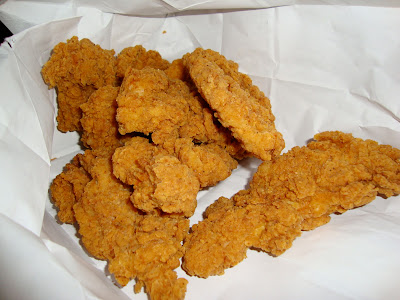 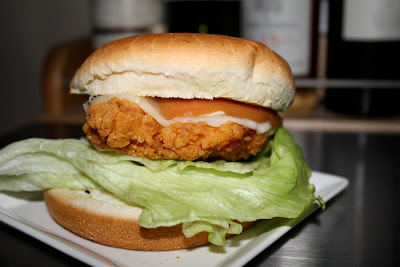 I decided to make a sandwich. I put one of the larger pieces of chicken in the oven with a piece of Provolone cheese on top, heating it for about three minutes. (The chicken is already pretty warm when you get it home from the deli, but this just gives it a final heating and melts the cheese slightly.) I added a touch of horseradish sauce and Bull's Eye "Carolina Style" sauce. Was it a culinary masterpiece? Nah. But it was better than you could get at any fast food place, as good as most restaurants, and an easy thing to make for dinner to end our day. 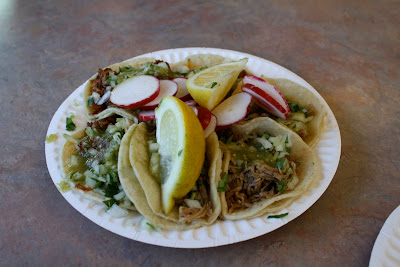 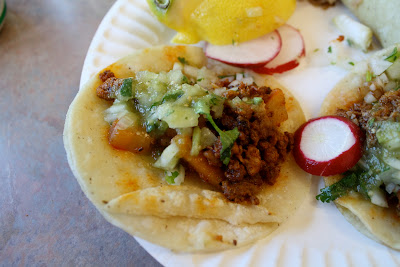 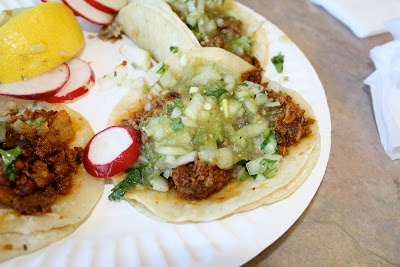 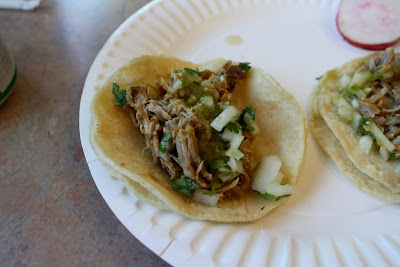 Elizabeth was craving carnitas tacos. That was just fine with me, but I felt like going somewhere else than La Estrella. Not that I'm tired of the place - I just ate there a couple days ago - but I wanted her to try something else. So we went to El Taquito Mexicano and ordered six tacos - three carnitas for her, two al pastor and one chorizo and potato for me. The carnitas were great, the al pastor were good, and the chorizo/potato was only average. 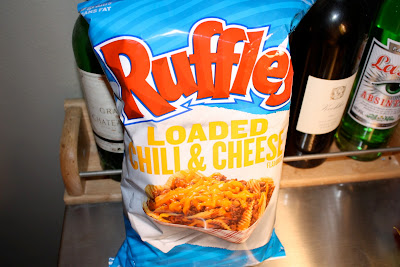 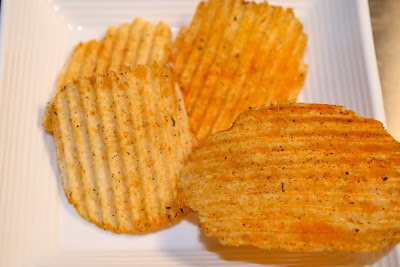 I tried the "molten hot lava" Ruffles last weekend; I wanted to try the "loaded chili and cheese" version this weekend. They were much better than the buffalo chips; they actually tasted like chili and cheese. But they're still Ruffles so, as we discussed, they were very greasy. 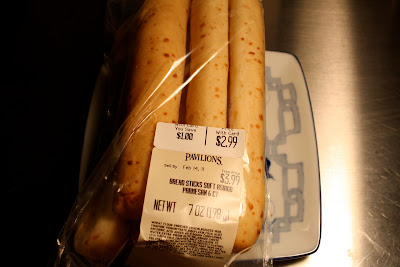 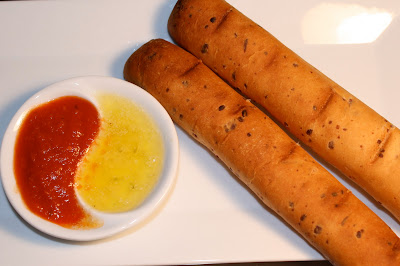 Asiago/Parmesan breadsticks were on sale at the store so I decided to try them with the Angelo's spicy marinara sauce and some garlic butter that I made. They were good, nothing special, but well worth the price. 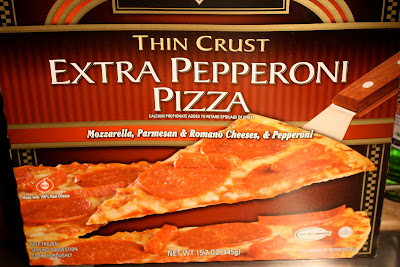 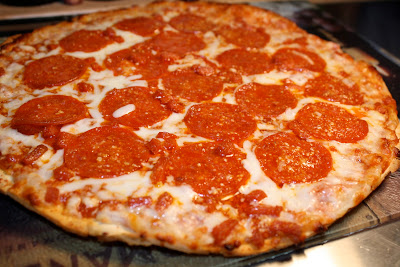 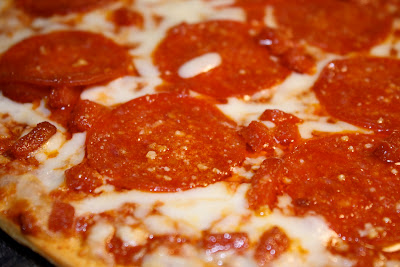 Thin crust, generic-brand pizzas were also on sale, and pizza sounded good, so I grabbed an "extra pepperoni" pizza. It was surprisingly excellent. It tasted very much like Tombstone pizza, which I have always liked. I hardly ever eat frozen pizza anymore since I got my pizza pan a couple years ago and discovered how easy it is to make pizza with Fresh & Easy's pizza dough, but I would gladly eat another of these pizzas anytime. 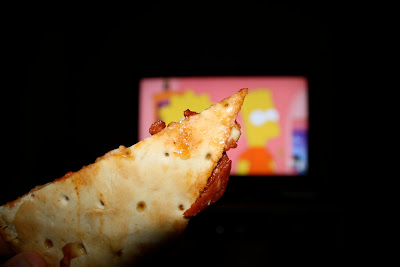 A very thin crust. And yes, that is The Simpsons in the background. 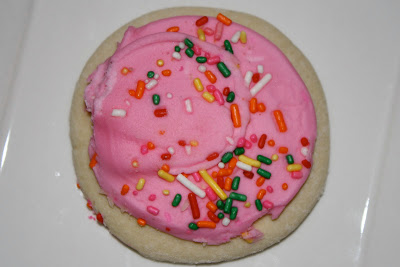 Hit it Rockapella!....Where in the world is Gibbs the Monkey?

Gibbs prefers to be called an ape rather than a monkey. And he is more attractive than Carmen Sandiego.

Wow, sounds like you had one full weekend. Are you still able to move?!

Yep - working on my Valentine's present at the moment: cleaning the kitchen.