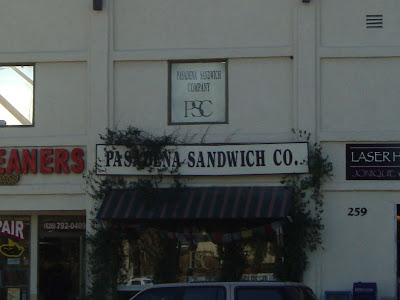 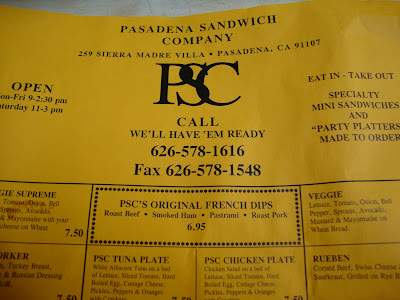 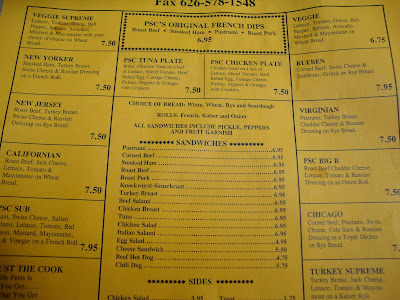 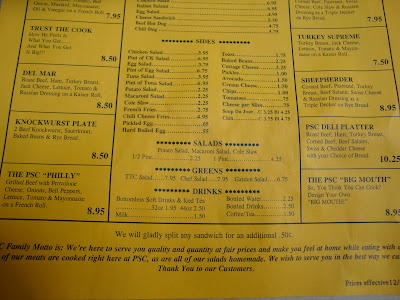 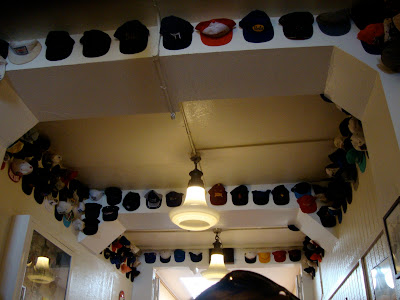 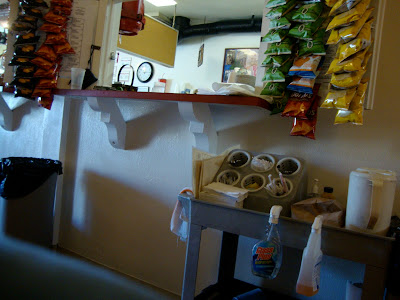 I've known of the Pasadena Sandwich Company - on Madre, just north of Foothill - for more than seven years, but never made the trip. Back when I first learned about it, I worked six days a week, and PSC is not open on Sundays, the one day I had off. And their hours during the week are not long: they close at 3 PM most days of the week and 2 PM on others. On Saturdays, the day I am always most likely to go out for sandwiches, they are open from 11 AM- 2PM.
The other day, Elizabeth and I both had the day off and we were both hungry. We had some errands to run and I suggested eating at PSC. We got there a few minutes before noon and it was very busy. We were able to snag one of only a couple empty tables. (By the time we left, 35 minutes later, there were at least a dozen people lined up outside waiting.)
Like most popular sandwich shops, Pasadena Sandwich Company is friendly and extremely casual. The walls and ceilings have scores of hats tacked to them. Some tables were occupied by old couples whom the waitress knew by name, another table was occupied with a family of a dozen people. Everyone had a massive sandwich in front of them. 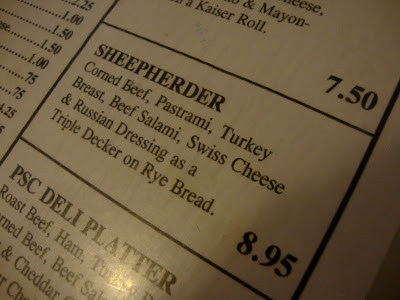 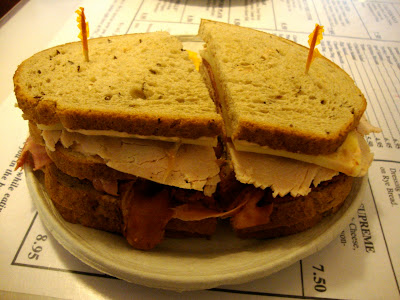 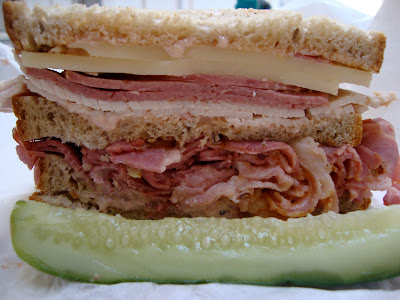 The menu is full of sandwiches that sounded great, and I selected the Sheepherder: corned beef, pastrami, turkey, salami, Swiss cheese and Russian dressing. The sandwich arrived about fifteen minutes later, towering on the plate. I sawed off a few pieces of the accompanying pickle and added it to the already massive sandwich and took a bite.
It was delicious. I love all of the flavors individually but was slightly concerned they would be too much all piled together. And indeed there were a lot of things going on in each bite - especially noticeable was the salami - but it was still great. I could only eat half the sandwich and I took the rest with me. (Actually, at the time I considered eating the whole thing but decided against it. Ten minutes after leaving I was glad I had - I was stuffed.) 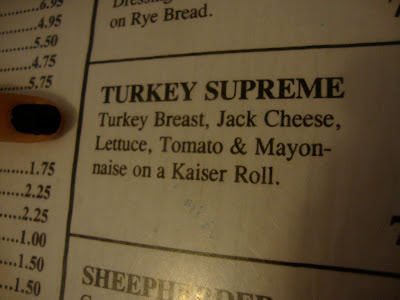 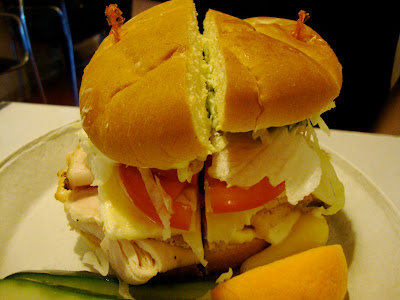 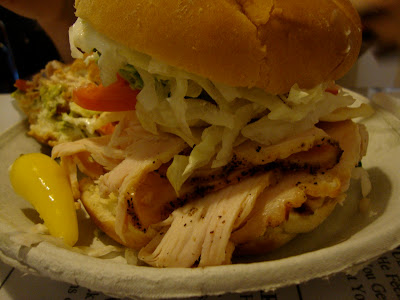 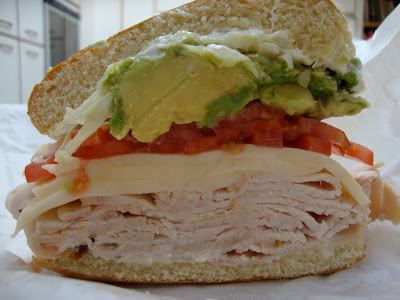 Elizabeth had the Turkey Supreme, an equally massive sandwich. (By the way, if you like her nail polish pointing out the sandwich, you can read all about it right here.) I did not try any of it - it had tomato and avocado on it - but it looked great and she really enjoyed it. She also could only eat half her sandwich.

I will definitely return to Pasadena Sandwich Company at some point (hopefully a less crowded day) and try another of their sandwiches. I already have a couple of them picked out that I want.
Posted by JustinM at 10:51 AM

Thanks for reminding me about this place. For some reason, it never seems to cross my mind - maybe because it is out in Hastings Ranch?

I imagine if it was in old town, the prices would be higher and the line way longer. Certainly a hidden gem.

I was a semi-regular there about eight years ago then suddenly got distracted and stopped going in. The "Sandwiches For Two" portions and the consistently high quality has kept these guys in business for years, and deservedly so. They also make fine chili dog(s) (for two).

Ben and Nosh: The thing with the hours is a double-edged sword to me. There are too many days when I don't get around to eating lunch until 2 or even 3. So PSC just isn't usually something I even consider.

On the other hand, when a restaurant is only open a few hours and never for dinner, aren't they basically announcing "We do so well at lunch that we don't even need to be open past 2"? So you know with that kind of business the ingredients are going to be fresh.

If it were in Old Town, it would probably be several dollars more per sandwich and a much more fabricated interior. Like New York Deli.

I very much like Elizabeth's nail varnish. I was actually wondering about it, and then you pointed it out! What luck. Oh, and nice sandwiches, I guess. Oooh, nail varnish!

wow! those are some intense sammies. No skimping what so ever, im just wondering how you could actually bite into one of those thing. next time im in pasadena and hankering for some bread, meat and cheese i know where to go (and find you!)

The Big B is me favorite. House made Roast Beef, Cheddar, Russian Dressing on a Onion Roll.