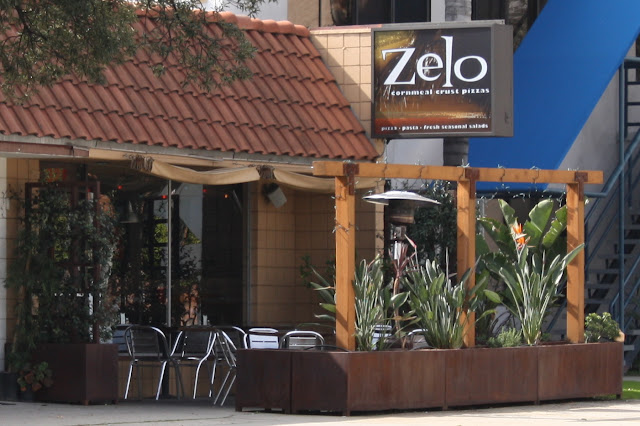 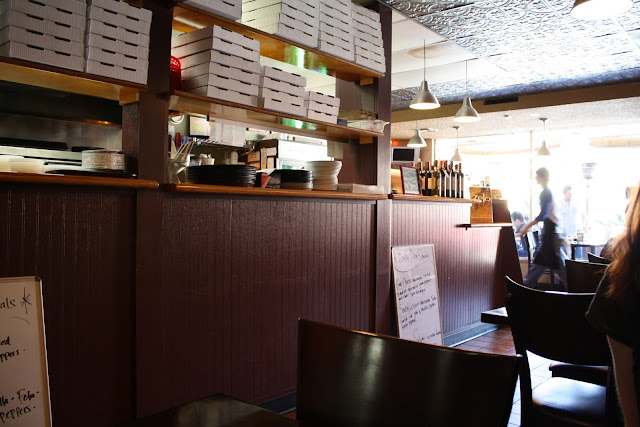 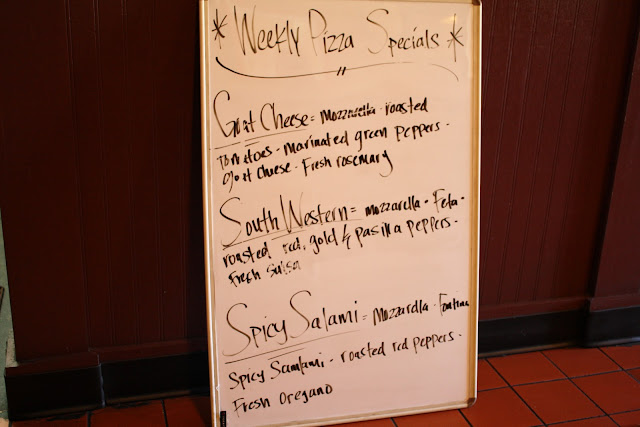 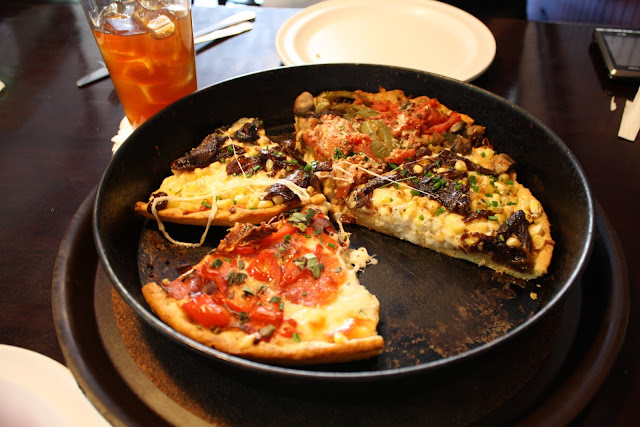 A little over six years ago, someone told me about Zelo, a new pizza place serving thick slices of gourmet pizza. That day, a coworker and I were deciding what to do for lunch, whether we should try this new pizza place or get something closer to us. I believe we flipped a coin. Zelo lost out.

That night I was watching a game in a bar in Old Town with my friend Hatcher and he asked me if I'd tried the new pizza place that Jonathan Gold had written about in the issue of the Weekly that had come out that day.

"Zelo's!" I exclaimed, before running around the corner and picking up a copy of the Weekly and searching out the review. As soon as I read it I realized I'd made a mistake by not having it that day. One of my all-time favorite of Mr. Gold's lines appeared in the review: "Zelo's [crust] is almost beyond crisp, a crackling, luscious, tooth-shattering crispness with the staying power of a Hendrix chord."

Of course I had it for lunch the next day. And it was delicious. But their hours were a little too inconvenient, their pies suffered a little too much when you got them for take out, and I only went back once or twice in all the years since.

The other day, Elizabeth and I were driving around with no particular lunch destination in mind, just seeing if anything called out to us. We thought about the taco stand formerly known as Taco Station, but every seat was taken so we kept cruising. We considered Rosarito's but did not stop. (Fifteen minutes later I got a picture message from a friend who was there, eating tacos.)

Eventually I had two ideas, one of which was Zelo, and Elizabeth agreed. I had wanted to sit on the patio; not surprisingly every seat was taken (I didn't want to bother people by taking a pic so I went back the next day and took a picture when it was closed, which is why that first picture is a ghost town). We sat at a table inside.

There were three pizzas on the weekly special list and I opted to order one of them, along with a slice of corn pizza. Elizabeth ordered a slice of the corn as well, and a slice of veggie.

The corn pizza is what I had from Zelo my first time, and I believe it is their most popular slice. It is outstanding: fresh corn, balsamic-marinated roasted onions, smoked mozzarella and chopped chives. The crust is crispy and the toppings, in additional to playing well off each other, are very filling. Zelo may well be the only pizza restaurant I have ever been to where two slices are enough to fill me up. 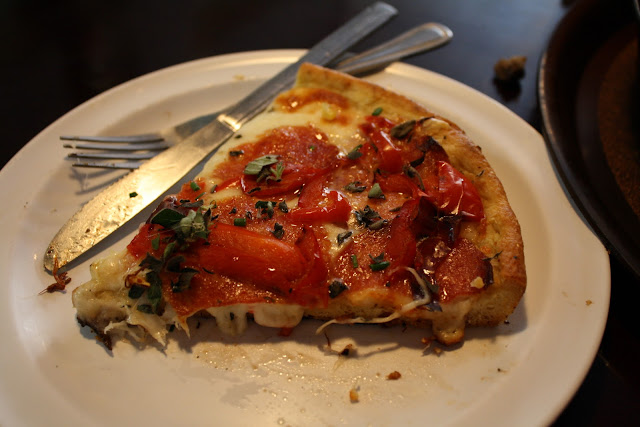 From the specials menu I ordered the "spicy salami." Although there was not a single thing spicy about the slice, it was still tasty, with salami, roasted red peppers, oregano, mozzarella and fontina. I ate it and I liked it, but nowhere near as much as I liked the corn slice. 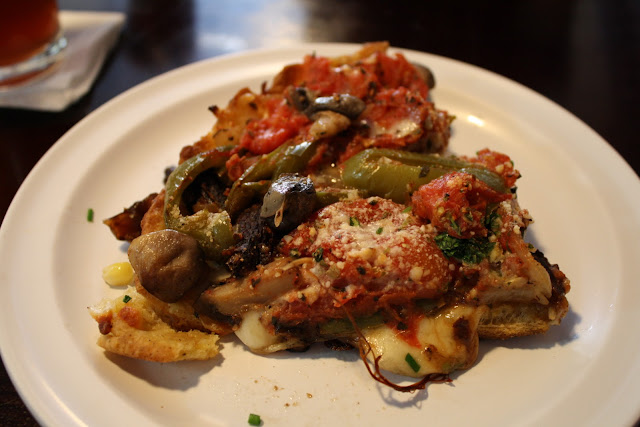 Elizabeth's veggie slice came with roasted eggplant, marinated green peppers, mushrooms and sauteed onions, and an extra-thick tomato sauce. She loved it. I sawed off a small piece and ate it; I liked it too, although it was my least favorite of the three slices I tried.

As I've written before, it's rare that I go out for pizza anymore, having found that I can make them much more to my liking at home, either in the oven with my pizza pan or on the grill with my pizza stone. However, the pies at Zelo are not something that I would be able to make at home. If it were closer to South Pasadena I would stop in much more frequently for a slice or two. But being where it is, I'm not sure when I'll make it back.

Zelo's pizzas, by the way, are available "half-baked" - not in the way that some of you miscreants are thinking, but meaning that you can finish the pizza at home in your oven in about 15 minutes. I imagine my next to trip to Zelo will be to pick up a couple of pies in this manner, finish them at home, and relax on the patio with some friends and wine.
Posted by JustinM at 10:03 AM

Nice that you can get it by the slice.

If I get a pizza to go, it will definitely be the corn one. You may have a slice; I think you'd like it.

There is just so much that is wrong about putting something like eggplant on a thing as wonderful as pizza.

That corn pizza is definitely the prettiest of the slices.

That corn slice looks delish! Can't wait till its summer so I can get some decent produce to try to recreate that!!!

You're not sure when you'll make it back to Zelo's. And I'm not sure if I'll ever be back to Zelo's either. Their untraditional corn pizza was just an Ok, different experience for us.
Love that strawberry donut pic!! Gives me an instant donut hunger!