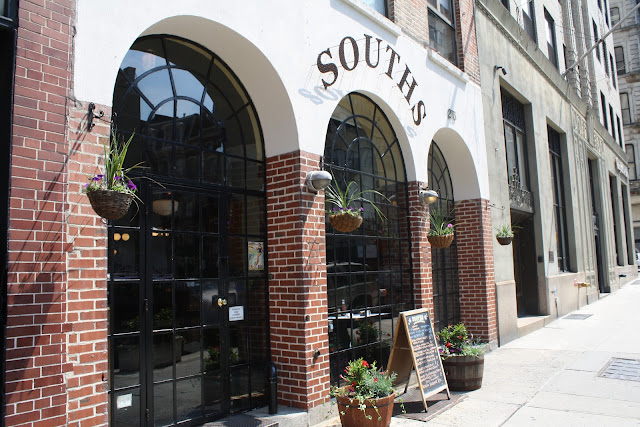 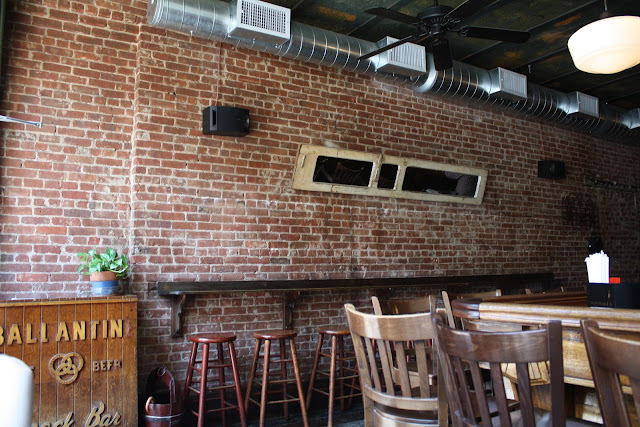 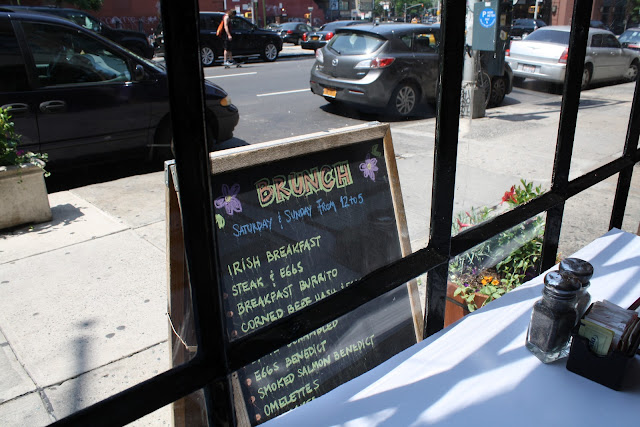 We were walking in Tribeca one day - Elizabeth was showing me where her office was years ago, before she moved to California, plus I had never been to this part of the city. We were both hungry, she had a couple of ideas where we could go, and then we passed South's. It looked like a cool bar - though this was just after noon and there was only one guy drinking at the bar - but a menu item on the specials board on the sidewalk caught my eye.

I tell you what: 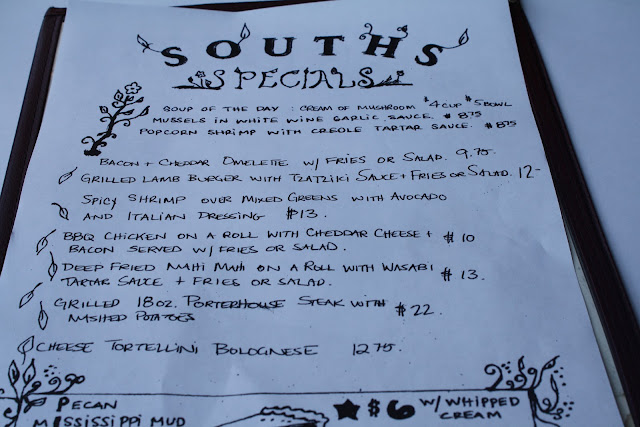 These were the specials that were written on the board. Can you guess which one jumped out at me? 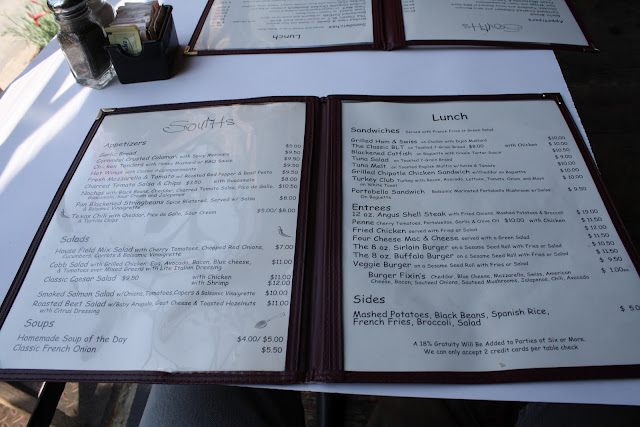 The rest of the menu was pretty straightforward, which is in no way a bad thing. I've been to hundreds of bars in dozens of states, and in my experience the ones with the best food have the simplest menus. I can't tell you how many times I have been to a bar with a massive menu only to find that most of the stuff is frozen and microwavable (or just deep-fried). 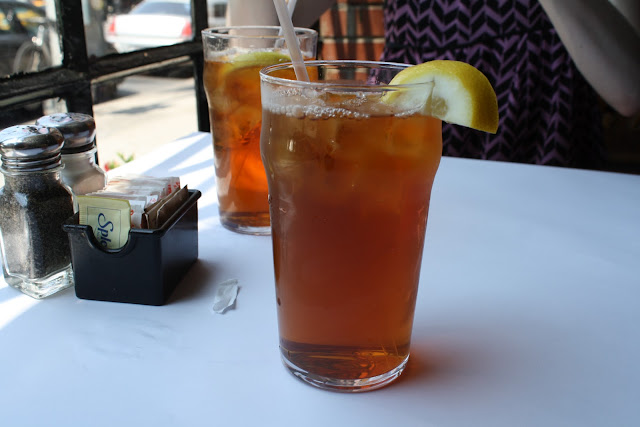 I considered a beer - this was a really hot day - but decided to get an iced tea instead, and then stop for a beer back in Brooklyn when we were within stumbling distance of our place. 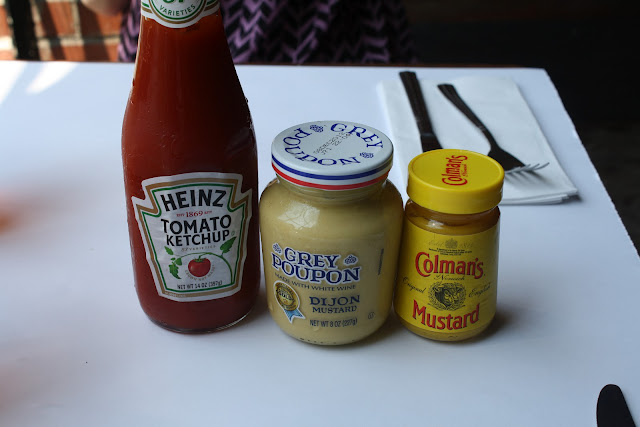 I always appreciate when a restaurant doesn't make you pay for Colman's mustard. (This is something of an inside joke.) 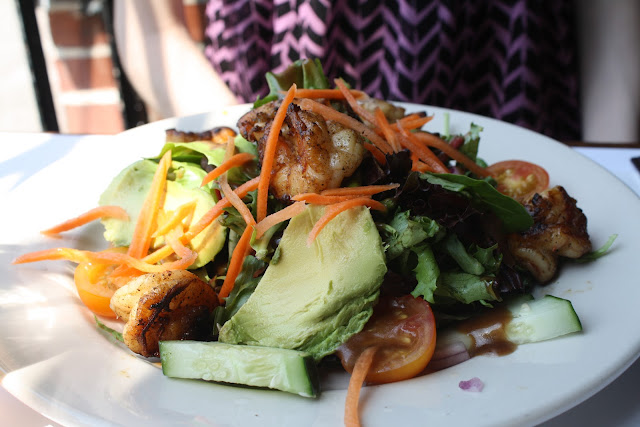 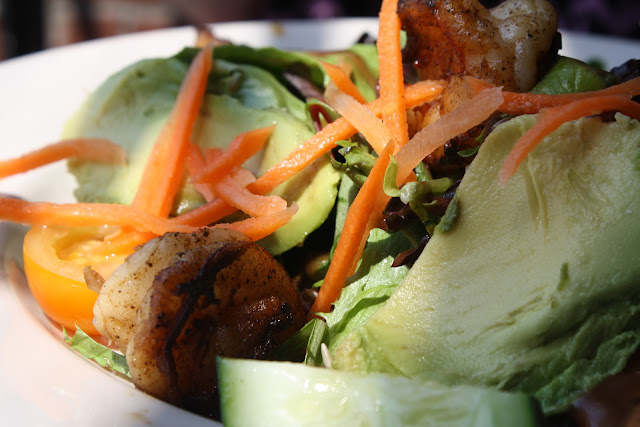 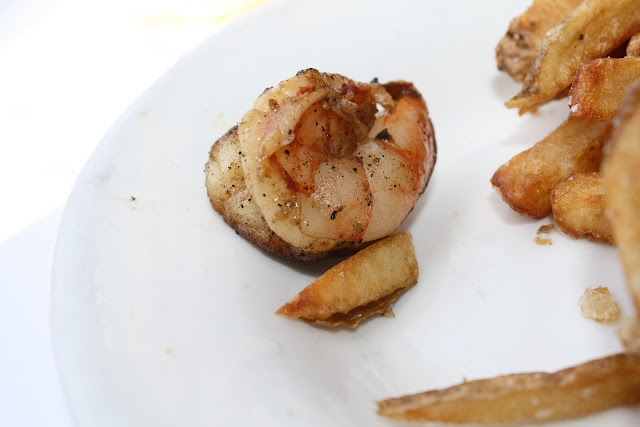 Elizabeth had the spicy shrimp salad with avocado. She really liked it and insisted I try the shrimp, so I did. It was tasty: spicy, as the menu claimed, and tender. 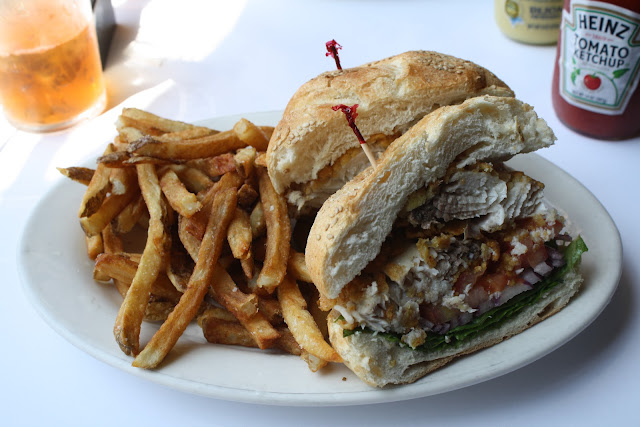 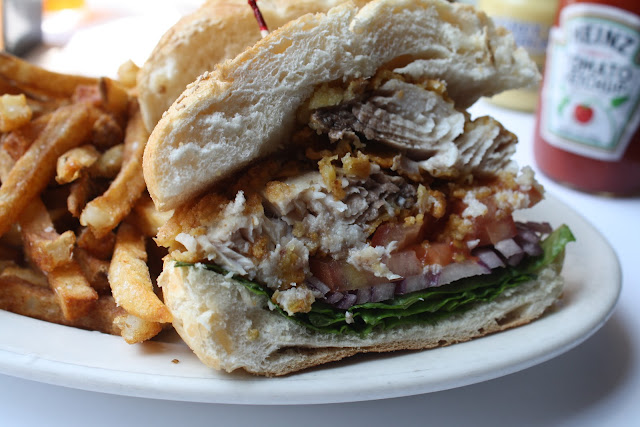 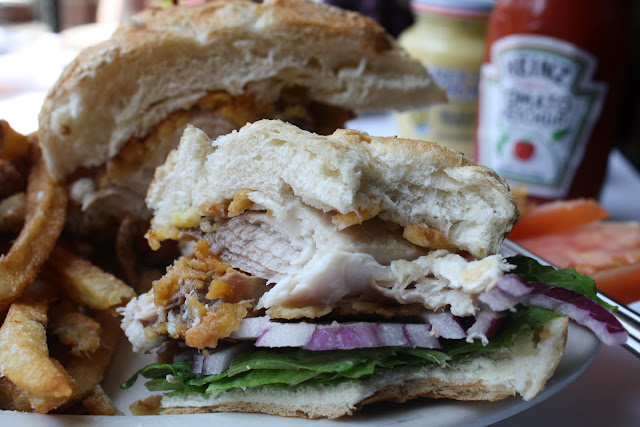 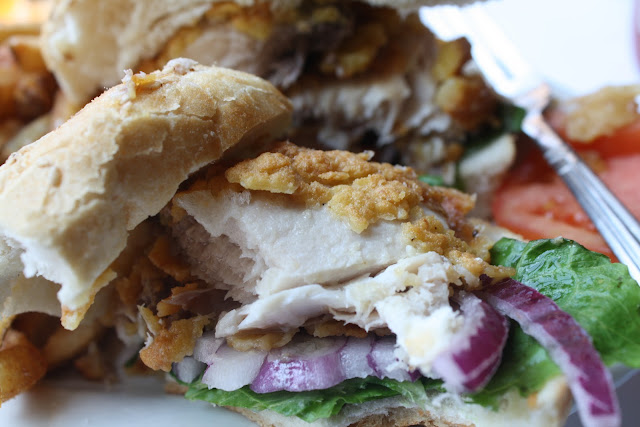 The fried mahi-mahi sandwich. (Did you guess right?) The fish was wonderful: crispy batter encasing thick, flaky pieces of mahi-mahi, which is perhaps my favorite fish. Normally I do not like fried seafood on a bun; I have written before that the contrast of bread and fried seafood is not something I enjoy. But this was an exception.

The only thing is that despite the fish being juicy, overall the sandwich was on the dry side. Just as much as the "deep fried mahi mahi" caught my attention on the menu, so did the "wasabi tartar sauce."

"I don't think there is any tartar sauce on this," I said to Elizabeth after my second bite.

Literally five seconds later, the chef came up to our table. 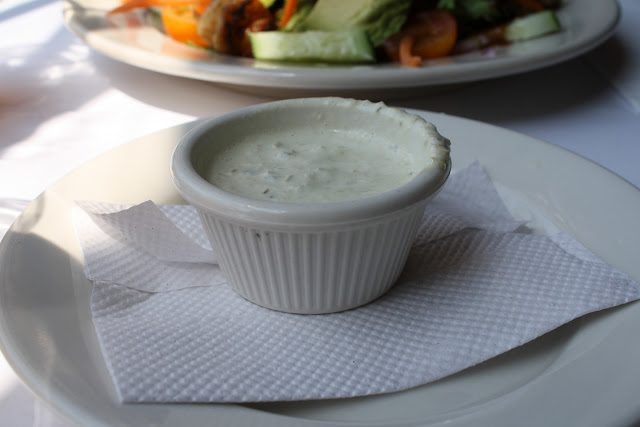 "I forgot to add the wasabi tartar sauce," he said, placing a ramekin of it in front of me.

No big deal. Everyone makes mistakes, and they happen every single day in restaurants. All that really matters is how you deal with it. And this guy apologized and remedied it on his own, without even needing to be reminded.

With the tartar sauce, the sandwich was even better, the bite of the wasabi mayo working wonderfully with the juicy fish.

I have written before that, with thousands of restaurants in New York City, I'm probably not going to repeat any meals unless I absolutely love them. (Not counting the close-by places that I repeat more out of convenience.) And I can't go so far as to say I love South's. But damn that mahi-mahi was good. I would not be surprised if I return here one day.
Posted by JustinM at 9:30 AM

Damn! My money was on the popcorn shrimp for sure!

A very good guess, because I love popcorn shrimp, but I'm not sure that would be enough to lure me into a restaurant - I can make those at home easily.

Darn it, I guessed the lamb burger (which sounds pretty tasty!) Personally, I'd order the mussels off that list, makes a great summer lunch.

I was wrong too! I was betting on the bbq chicken sandwich!

I GUESSED THE MAHI-MAHI. Yessssssssssss.

Both the shrimp and fish were really good. I would definitely go there again.