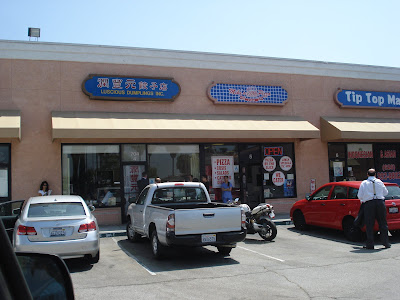 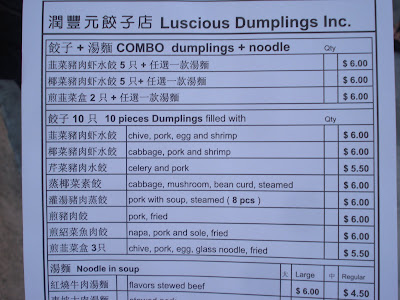 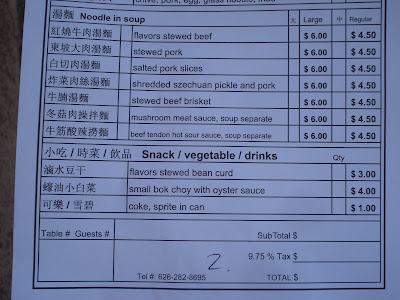 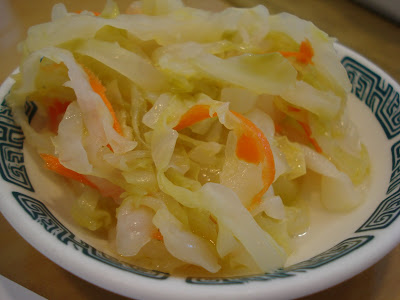 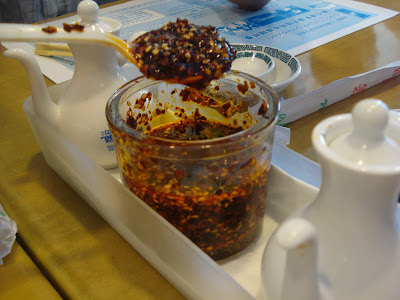 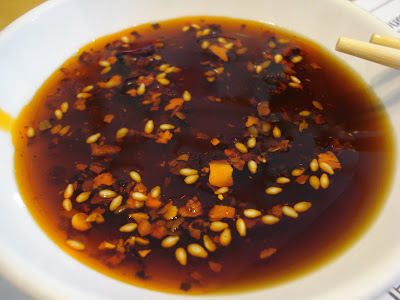 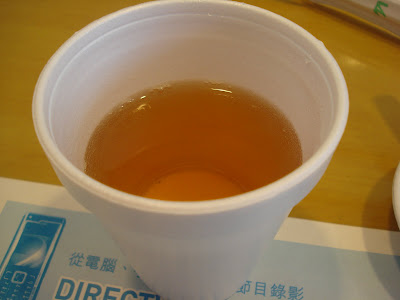 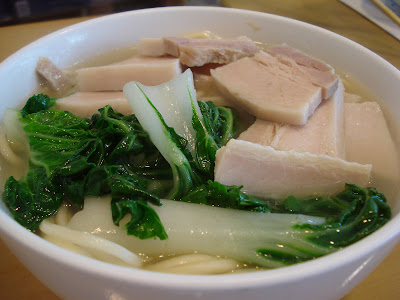 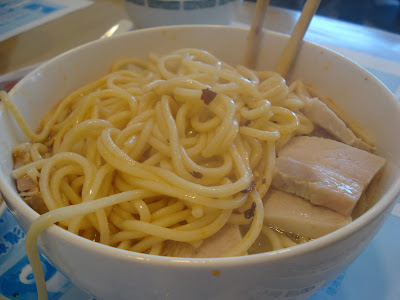 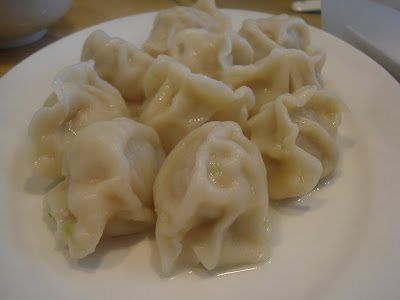 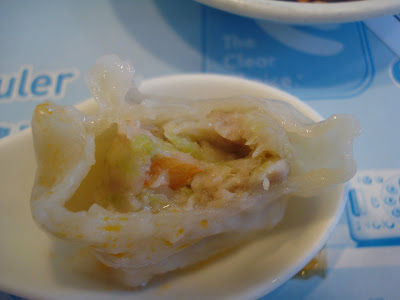 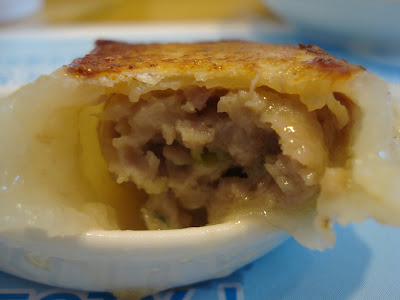 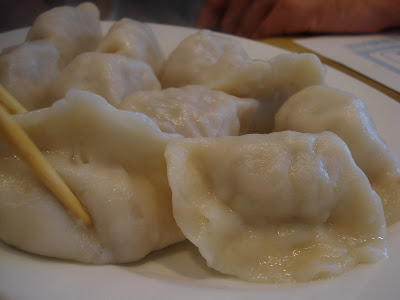 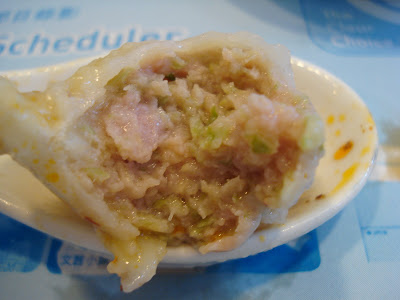 I had not seen my brother in over a month, his life being a series of jaunts to Hawaiin and Puerto Rico, punctuated with the occasional trip to Europe. "It's all for work," he reminds me, as if somehow that fact tempers my jealousy. We had made tentative plans to get some barbecue for lunch yesterday, but he sent me a text in the morning asking if we could get dumplings instead. I asked where he had in mind, although I knew exactly what he was going to say: Din Tai Fung. Which he did.

I replied that dumplings were fine but said I was tired of going there. Din Tai Fung is great and I have had some of the most fun meals of the last few years there, but I need to take a break from it. We live in the San Gabriel Valley, one of the best areas in the entire world for Asian cuisines. Going to the same place can become quite mundane, especially given the proliferation of food blogs in the Valley, a drool-inducing reminder of just how many different restaurants there are out there.
He quickly replied "Luscious Dumplings?" That sounded like a name I should know and I looked it up. I am sure I have read about it before; many of my favorite blogs have write-ups on it. It looked great. I drove over to my parents' house and my brother and our friend RB picked me up there and we headed down to San Gabriel.
It took a couple minutes to find it - it's located tucked away in a strip mall on the southeast corner of the intersection. I was shocked at how small it is - there were 8 tables - all occupied - when we arrived. There was only one other group of people ahead of us, though (this was about 11:30 in the morning) and we waited 15 minutes outside.
We were given the table closest to the kitchen, right by a television turned to the news, much louder than necessary. As is usually the case with my brother, he ordered more food than I thought was necessary: he and RB each ordered a bowl of noodles with pork, and we requested one order each of the celery and pork dumplings and cabbage, pork and shrimp dumplings. We also checked off three orders of fried pork dumplings.
"Do we need that much?" I asked. My brother assured me that he and RB were starving and it would be the right amount of food. They got their noodles first. They looked great although I didn't try any. My brother, after polishing off his bowl freakishly fast, said "I'm starting to worry that we ordered too much food."
In about ten minutes the rest of the food came out. We had five plates of dumplings on the table for the three of us. I thought for sure it was too much, but my brother surveyed the scene and said "OK, I feel more confident now that we can handle this."
The first thing I tried was the cabbage, pork and shrimp dumpling. I was impressed. These were not as good as the juicy pork dumplings at Din Tai Fung, but they were better than any other dumplings I have had there. I dipped them in the sauce I had concocted of chili oil and black vinegar, but they were so juicy and flavorful it wasn't necessary to add any outside flavor.
Next I tried the fried pork dumplings. I am not going to mince words: they were the best potstickers I have ever had. Occasionally I have had freshly fried dumplings at Empress Pavilion that I have thought were the pinnacle of postickers. But never once have they compared to these. They were perfectly fried on one side and gummy on the other. The filling was delicious. I could have eaten a bathtub full of it. (Curiously, although we had three plates of ten dumplings each, only two of the plates contained these amazing dumplings. The third plate of dumplings were no better than average. I wonder if they had been sitting out for a while or something.)
I next tried the celery and pork dumpling, thinking it couldn't be any better than the postickers. And it wasn't... but it was absolutely fantastic. I would take these over the juicy pork dumplings at Din Tai Fung, and that's a sentence I never expected to write.
We were full with about a dozen various dumplings left, but we pushed on and finished them. By this time, about 12:15, there was quite a crowd outside. The wait time was now being quoted as "over an hour," always accompanied with a shrug as if to say "but how the hell do I know, it could be two hours."
The service was decent. Nobody was friendly or cracked the smallest hint of a smile, but I've been to enough places like this to know this is the rule, not the exception. This is their world, not mine, and I'm OK with it as long is the food is this damn good. We were the only white people in the restaurant the entire time, including the crowd of people waiting outside when we left. I do not remember that happening to since a Monterey Park dim sum run I made 9 years ago with my friend Zach, when I was the only white person out of perhaps 200 in the place and the waitress handed me a fork without my asking.
I can only hope that I make it back to Luscious Dumplings some day. I cannot imagine what the wait must be like on the weekends. But, I would be willing to wait for another crack at these dumplings. Simply phenomenal.
Posted by JustinM at 12:00 PM

Have I told you how much I just love reading your blog? Well, I do. Keep up the god work. Breaks up my work day!

DTF for better quality, but LD for a better price.

Thanks, Melissa. On a scale of contributing to the greater good, where creating world peace is a 10 and starring in a reality show because your dad is rich is a 1, I would say helping people get through their work day is a solid 7.5!