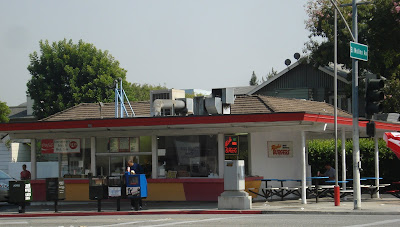 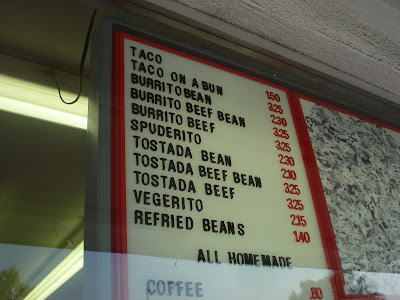 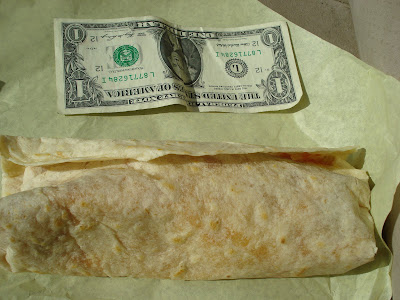 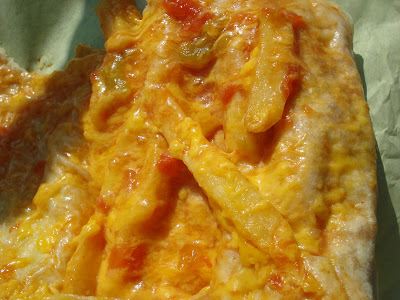 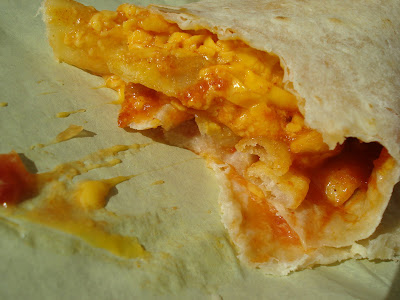 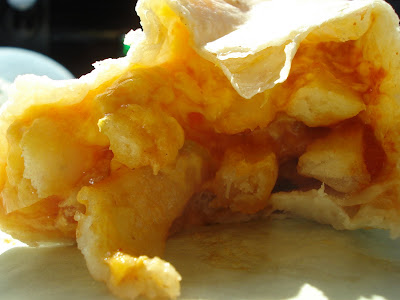 It was a different world the last time I ate a spuderito. My cell phone barely fit in my car, let alone my pocket. The Real World was the only reality TV. The Lakers were bad. UCLA football was good. Some people still thought OJ was innocent. I didn't like my hair because I had too much of it. I hated sushi and I liked the Grateful Dead. The only people you met who were Red Sox fans were actually from Boston, not people wearing pink Sox hats with the tags still attached who have never even been to Boston. In-n-Out's secret menu was still somewhat secret and you felt hip ordering off of it. We used to go to my friend Deborah's parents' house because they had a Laserdisc player and we were sure home video technology could never get better than that. I could gas up my SUV and get enough change from a twenty to buy a couple tacos, which you could actually get on Colorado Blvd. in Old Town, long before I ever heard anyone refer to it as "Old Pasadena."

I was probably 16 the first time I ever heard of the spuderito. It sounded good but over-the-top. I honestly don't remember anything about eating it. So, after the requests on my last Wienerschnitzel post to try it again, I decided I would. I am nothing if not a servant to my readers.

I went by Rick's in the mid-afternoon, avoiding the lunch and dinner crowds, which are sometimes massive. As much as I hate crowds, though, I don't mind them as much at Rick's. There is a communal feeling to waiting around on the sidewalk for your food to be ready. You see a cross-section of society matched only by a few places around. There were only a few other people there at this hour of the day. I watched the cook spread cheese and hot sauce on a tortilla and wait for my fries to come out of the fryer.

There were a couple kids on the patio playing some kind game that looked to be a cross between tag and MMA. A couple guys were eating at a table nearby. I couldn't tell if the kids belonged to them, but I was guessing they did. I get annoyed at people who treat public places as a giant babysitting service, so I took the spuderito to my car and unwrapped it.

It was much bigger than the chili cheese fries burrito. (That cost 99 cents, this cost $2.30.) I have always loved Rick's fries, but I have to say, they're not as good in the burrito. When they're fresh out of the fryer they are always crispy and nicely salted; not surprisingly, when drowned with sauce and cheese they are not crispy. Still, this was very tasty. Rick's has my favorite hot sauce in Pasadena. Take away Taco Lita and they have my favorite hot sauce in the San Gabriel Valley.

I finished the whole thing. I do not think I will ever get one again. I love Rick's burgers almost as much as In-n-Out or Fatburger, and I love their tacos as much as any I have ever had. That's what I will stick to ordering from now on. I'm glad I ate the spuderito again, though. It's just one of those things that had an appeal when I was younger that doesn't now, like Mardi Gras or pinball or watching Saved by the Bell. (Actually, I still turn on the TV on Saturday mornings and see that show and find myself watching for a few minutes.)
Posted by JustinM at 8:38 AM

My friend, you are awesome! I don't know what I'm more impressed with - the fact you went out at the behest of your loyal followers and done got yerself a spuderito, or that you posted about the experience at 530am...
Your food getting subservience has me feeling like I've just discovered some sort of hybrid Wii/reality game where you're controlled via a blog comment... pretty cool!
Quick question: Is it possible for you to include some sort of "booze meter" that indicates your level of booziness when you consume a meal... maybe a graphical representation of a 750ml belgian where the emptier the bottle, the more you've had... this way your minions can gauge/handicap your reviews.
I only say this cause I've never had a spuderito sober and now I'm thinking that's what makes it memorable to me... just sayin'

I had a hunch I might be leaving myself open to some jackass requests by submitting to this one. For instance, last week I saw my friends Steve and Patricia sharing a plate of fried tofu; what if someone asked me to eat a plate of that and do a review? How do I say no? And yet, how do I force myself to eat fried tofu? Hopefully it won't come to that.

The best I can do for the "booze meter" is let you know when I have had a few. It would be silly to have a meter for every post, I think, because I would estimate at least 90% of the meals I am completely sober. The meals I've cooked on the grill I have had a few drinks. Any pizza made during Lakers playoffs games I have had a lot of drinks. But almost everything else, including fast food, has been sober.

But you weren't drunk.

My apologies if the initial post came across in any way, shape, or form that you were boozing your way from plate to plate of comida... I shoulda spent a tad more time framing the logic behind the booze-meter request... If it wasn't close to 5p on Friday I might attempt it right now. In any event let it be known that I appreciate the spuderito write-up and I'd love you even if you created an homage to fried tofu...

No apology necessary. I did not think you were being a jackass, I was just saying I could see people asking me to try stuff like tofu or spotted dick. Or, worse, Burger King.

Some great food/drink ideas coming from this. Keep it up!