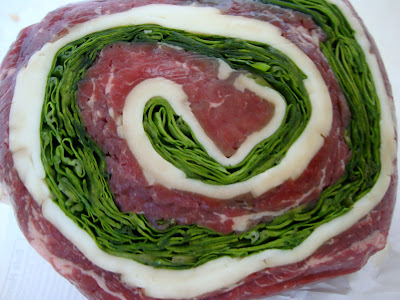 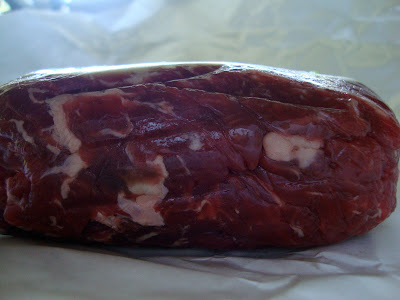 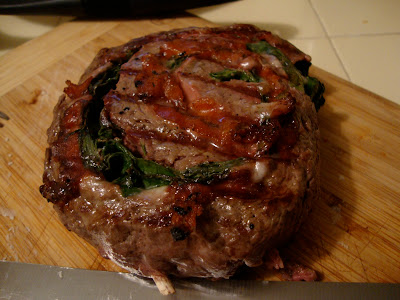 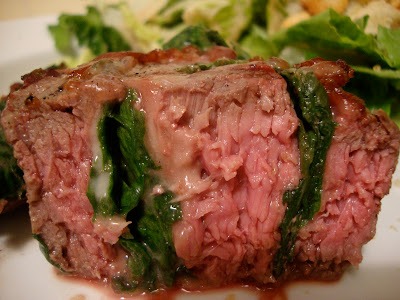 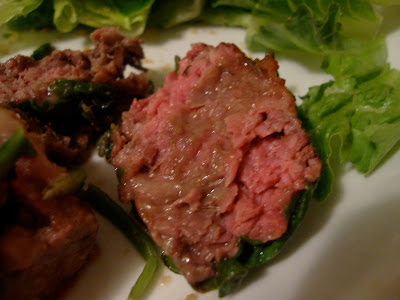 When I think back on the greatly anticipated moments of my life, getting my drivers license is without question number one. But number two is a little harder to figure out. It wasn't turning 21; although I was certainly looking forward to it, it wasn't that big of a deal. Years ago my friends and I planned a New Orleans Jazz Fest trip more than half a year in advance. That trip is certainly a strong contender for the second spot on the list, as is Elizabeth's and my trip to New York two months ago.

As of this moment - and obviously I am writing in the moment - it would be hard to think of anything I have looked forward to as much as Ken Burns's sequel to his 1994 PBS series Baseball. I have written of baseball often here (let alone my other blog, called Barbecue & Baseball); there are only a handful of things I have loved continuously as long as I can remember. Baseball is one of them.

When the original aired in 1994 I was 16 years old. It was, literally, half a lifetime ago. Much has happened to the game and to me in that time. Closing my eyes and running through each year since '94, the events flickering slowly like a moviola, it is impressive but not surprising how baseball weaves its way into so many things.

There is the 1995 summer at Dodger Stadium, my brother and I watching Nomomania take hold. I'm not old enough to remember Fernandomania; this was as close as I'm likely to come.

Nomo again, the opening day of the '96 season. I had just returned from a trip to Europe the night before and I was exhausted, but my dad and his friend invited me and my brother to opening day. We skipped school to attend. I wore the shirt from that day until it fell apart.

Six months later, my second week at a college I did not like, sitting with a bunch of guys in the common room watching Nomo throw a no hitter at Coors Field, a previously unimaginable feat. If I had to think of a single good memory from that school year, that may well be it.

In 2001 my dad and I were at Dodger Stadium in a suite, having a beer before the game started. I went out to use the restroom. This was not long after September 11th and I was wearing one of those Dodgers hats with the LA script in the colors of the American flag. Who saw me in the hallway and complimented my hat? None other than Vin Scully. I was so flustered I did the only logical thing: I wandered into the women's restroom.

In the spring of 2002 I was visiting my best friend in San Jose; we were on an afternoon pub crawl and met a die-hard Giants fan. "You guys are from Southern California?" he growled. "You're not fucking Dodgers fans, are you?" His voice hinted there might be violence if we answered affirmatively.

"Not really," I said, pointing to the Angels t-shirt I had on. "I'm an Angels fan first and foremost."

He pondered that for a few seconds. "That's cool," he said. "The Angels and Giants will never play each other in a meaningful game."

Six months later I sat in my favorite pub from those days, watching Game 7 of the World Series, the last Fall Classic to go seven games. The two teams? The Angels and Giants.

I cried when the Angels choked away a 3-1 playoff series lead in 1986. I punched a hole in the wall when they squandered a 10.5 game August lead in 1995. And now here they were in the World Series for the first time ever. They won that year, in no small part thanks to me.

In October of 2004 I was in Boston for the ALDS. The Red Sox beat the Angels (once again) but there was an indelible memory: I took a sightseeing tour around the city and at one point the trolley driver leaned his head out the window and asked an old lady - wearing a Red Sox cap, of course - "Is this the year?" She paused for a second, not misunderstanding the question (that October, everyone in Boston knew what that question meant), but genuinely contemplating it.

Three weeks later as I watched the Red Sox win their first World Series in 86 years, I thought of that woman. I loathe the Red Sox more than perhaps any other team in all of professional sports... but it is impossible to think of that lady and do anything but smile.

In 2005 I had the single best birthday of my life, watching the Dodgers and Giants play a Sunday afternoon game in Chavez Ravine with 10 of my best friends.

In 2006 I made my first pilgrimage to Yankee Stadium and watched the Angels beat the Yankees, never knowing that a couple years later I would fall in love with a girl who loves the Yankees as much as I love the Angels. In 2009 I watched the Angels, who had been terrible for most of my childhood, win their 5th division title in 6 years.

So Tuesday night, Baseball was back on PBS, the first of two parts celebrating the game that I love most. I was always better at basketball and the Lakers have certainly had amazing success in my life (they won their tenth title of my lifetime while I was 31 years-old) but baseball has always resounded more with me. In James Earl Jones's famous - if perhaps a tad mawkish - speech in Field of Dreams, he says "Baseball has marked the time." That is how I feel.

Or perhaps you prefer George Carlin's take on the beauty of baseball.

At any rate, I knew I would be cooking dinner at home and watching this show for which I have been waiting more than a year. There was only one problem I could foresee: a new episode of Glee was also on. That has become Elizabeth's favorite show. I was pretty sure that she would let me watch Baseball on the big HDTV. But I wanted there to be no doubt. And that meant cooking a prime cut of steak for dinner.

So as usual I went by Taylor's Ol' Fashioned Meat Market in Sierra Madre. A relatively new item caught my eye: flank steak wrapped in a pinwheel and stuffed with Provolone cheese and spinach. Taylor's flank steak is perhaps my favorite in the San Gabriel Valley. Spinach: good. Cheese: good.

It was still too hot to grill it on the patio, so I took out the indoor grill, let it heat up for longer than was probably necessary, and placed the steak on, admiring the hiss for several seconds before covering it with an inverted wok. (I've found this helps cook more evenly, particularly with cuts thicker than an inch.)

Seven minutes on each side; I took it off and wrapped it in foil for a few minutes and bisected the hunk. I like my steak much more rare than Elizabeth does. So hers went back on the grill for a bit. I did not want to start eating without her so I simply sat my steak on the plate and gazed at it longingly. I could not wait to eat this steak.

Finally I was able to. This is one of the best steaks I have cooked in years. The prime, lean pieces of meat melted on the tongue like butter. The spinach had wilted and was a dense flavor and the cheese had melted into a sweet paste. The whole thing had weighed more than a pound and I thought surely that would be enough. Now I was wishing we had purchased two.

I often measure steaks by my own personal "A.1. meter." I love A.1. steak sauce and I will never hesitate to put it on a piece of meat if I feel the protein needs it. If I think about using A.1. but decide not to, you can be sure that it was one damn fine steak. But once in a while - not often, usually not even once a year, but every once in a great while - I come across a steak that I fully consume without even considering using steak sauce. (The last time it happened was my Santa Maria-grilled steak at the Hitching Post II - the steak which I called the best I have ever had.) I finished this flank steak without the thought of condiments crossing my mind.

Elizabeth agreed with me that it was a fantastic steak, and she happily let me watch on the big TV. 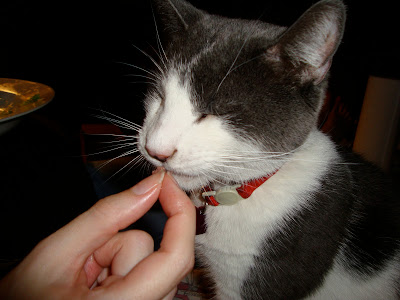 As usual, our steak-loving cat was begging for some, so we gave him a bite. He loved it, too.
Posted by JustinM at 11:12 AM

That was one of the most beautifully written things I've read in a long time.

That was a great way to start the morning. The only thing is its 9 and now I want a steak.

Brilliant post. Loved the memories of baseball. But how was the 10th Inning? Glee won out in our house with only one tv and a group over to watch Glee. I'm going to have to search for it online.

Part two is tonight, no?

Michelle: No one - at least no one here - will judge you harshly if you have a steak for breakfast.

Ben: Part I was a fantastic but somewhat frustrating experience... but not surprisingly so. First, Ken Burns's style, the so called "Ken Burns Effect" lends itself well to nostalgia, but nostalgia is like a good wine - it needs time. You can't just bust it out right away or it feels forced.

Second, tons of attention were given to my least favorite things: the strike, Barry Bonds, the '98 home run chase (I know people like pretend like we were all "innocent" and had no idea that the players were juicing, but I said that whole summer it was obvious they were taking 'roids) and Cal Ripken's streak, perhaps the most overrated record in all of sports.

In a way, though, if last night's episode, which focused on '94-'00, wasn't frustrating to me, it would have been a failure, because that was a very frustrating time: they didn't play a World Series in '94 because the billionaire owners and millionaire players couldn't figure out how to share their money, the Dodgers (whom I actually cared about then) and Angels both sucked, the Yankees were great, Ripken was treated as some kind of a folk hero, and Bonds gained 40 pounds of muscle at the age of 36 and everyone acted as if there was nothing strange about that.

I think they're replaying it Sunday, though, so hopefully you can catch it then.

This was one of the best, most delicious steaks I have had in a very long time. The flavors went together so well.