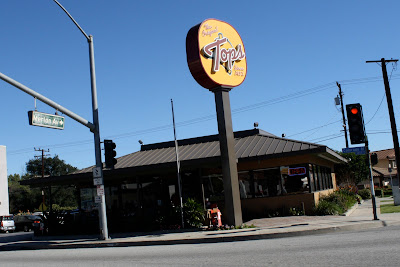 Original Tops. Is there anyone who grew up on the east side of Pasadena who does not have some kind of a relationship with the place? I could think of at least a dozen memories.

I bet my 5th grade teacher that I could name the Presidents backwards; when I did he bought Tops fries for the whole class.

My brother and I always insisted on getting two large orders of fries at Tops; we never finished even a single large order, I'm guessing - those things are massive.

I used to stop by on the way home from high school at least a couple times a week and get a large Cherry Coke. For years I tried to see if I could eat one of their tacos without making a complete mess. I never succeeded. In more than 20 years of eating there I can only think of one time they screwed up my order. I could go on and on....

The other night Elizabeth and I were out in that part of town and I suggested we get some food from Tops. I have told her before that their "Kobe Bistro Burger" is perhaps the most underrated burger in town and that sounded good to her. I suggested we get two sandwiches and share them. 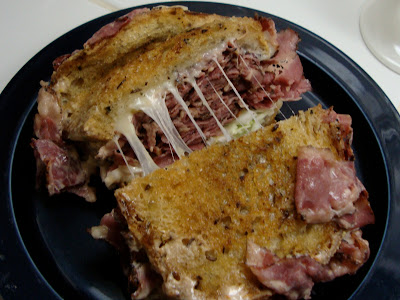 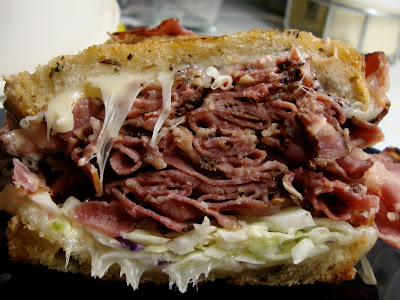 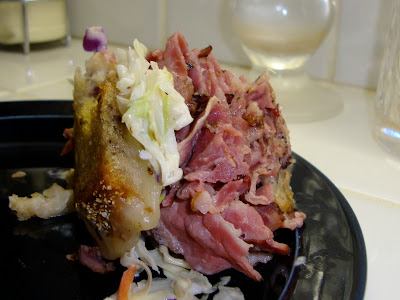 I decided to order something I have never have before, the Sycamore Melt: pastrami, Swiss cheese, cole slaw and Thousand Island dressing on grilled rye bed. Wow. I could not count how many meals I have eaten at Tops over the years, but I do not remember ever eating something as good as this. It was one of the best sandwiches I have eaten in a long time - peppery, chewy, creamy, everything I want a sandwich to be. I cannot believe I made it this long without trying this sandwich. 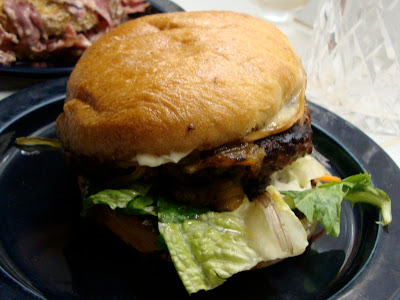 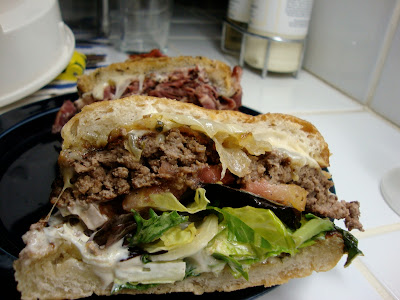 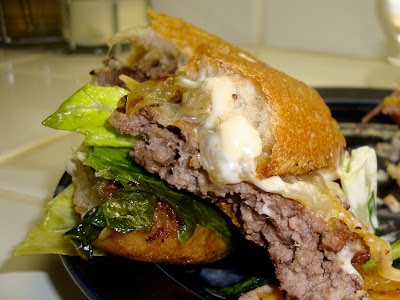 The Kobe Bistro Burger is a half-pound of American Kobe beef, caramelized onions, tomato, mixed greens and herb mayonnaise on a ciabatta bun. The patty is often cooked more well done than I would like it to be but it is still delicious. The burger is $6.99, which is expensive for a fast food burger, but I don't really consider this a fast food burger; this is as good as most restaurants in town. (I have certainly paid twice that much at restaurants for inferior "Kobe" burgers.) 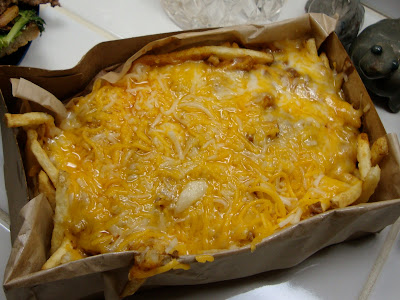 It's an interesting phenomenon: I don't like Tops fries at all. I think they're flavorless slivers of potato that taste like stale oil and the cardboard box they're served in. But when topped with Tops chili and enough cheese to pave the entire construction zone of Rosemead Blvd, they are absolutely delicious. This is the "small" order of chili cheese fries ($3.79) that we couldn't finish in 24 hours, despite picking at it with our sandwiches this night and then making it our main meal the next night.

Overall, Tops is a place that I rarely eat at anymore, maybe twice a year since I moved to South Pasadena two and a half years ago. But now that I know about the Sycamore Melt, I am sure I will be going back more frequently.
Posted by JustinM at 10:22 AM

I love their chicken fingers.

I consider Tops' chili-cheese fries to be the benchmark, just as I consider Tommy's (Ramparts location only) to hold the bar for chili-burgers.
I've never tried the Sycamore or the Kobe sandwiches. Another reason reason to live, reason to continue, reason to go on...

I like Wolfe Burgers chili cheese fries the best in town, just as long as the fries are well done enough. (Sometimes they're too mushy.)

Oh, and with regards to the Rosemead Blvd. construction - The Burger King was forced out of business!!!
My God, WHEN WILL THIS MADNESS END?!?

I love this place. I grew up near this place and would ride my bike to Rocky's liquor store for baseball cards and Top's for sodas. I totally agree with you about their fries. Without chili, I wouldn't order them. I also think Tops has the best breakfast burrito around.