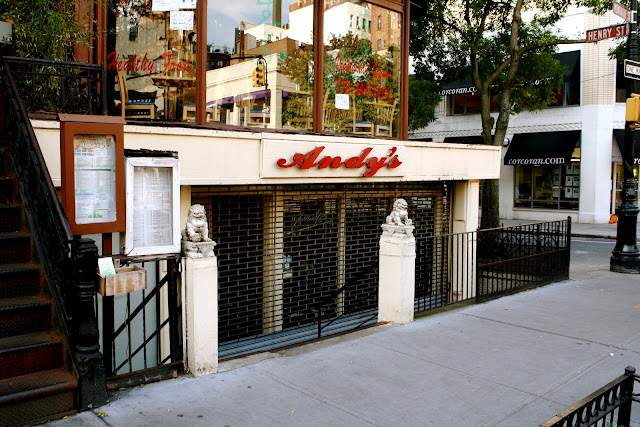 Not long after arriving in New York - it may have been the first day - Elizabeth announced that she would never eat at Andy's. It's less than 100 yards from our place and she knows how much I enjoy Chinese cuisine, so for her to make a statement like that, I knew there had to be some history. I did not ask. Once, I forgot her proclamation and suggested we go there for lunch. An immediate no was the reply. I was actually intrigued. How bad could it be?

So one day recently when I was on my own for lunch, I decided to stop in. 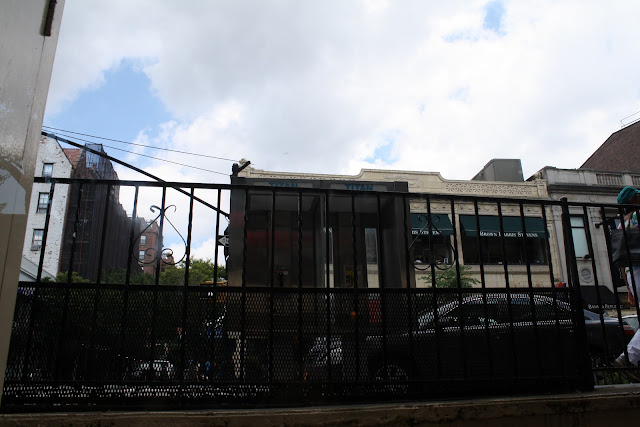 I took a seat in the window - there was no one else in the restaurant so I had my choice of any table - a few feet below street level. 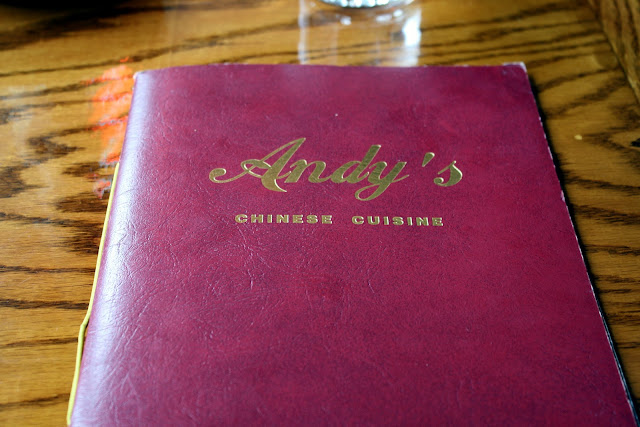 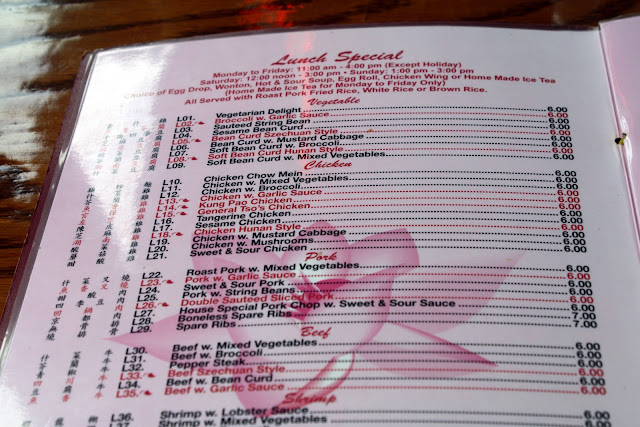 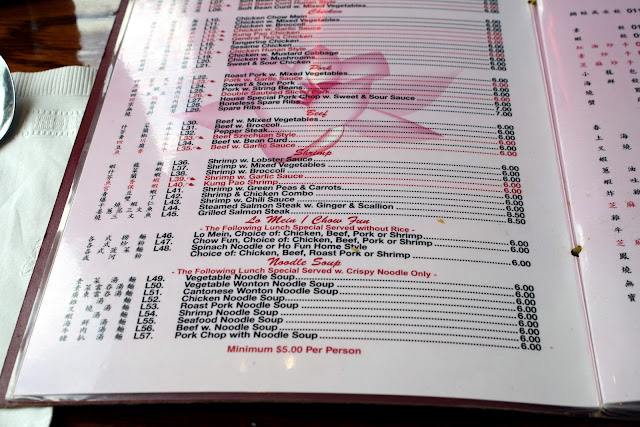 The lunch special menu was quite similar to most of the other places around. 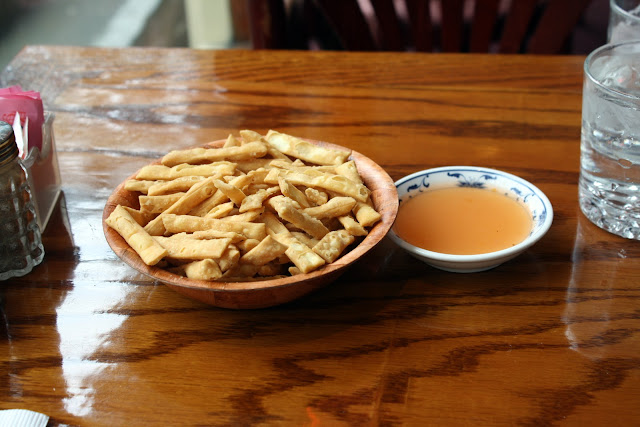 The bowl of wonton strips was stale. I don't want to know how long they'd been sitting there. 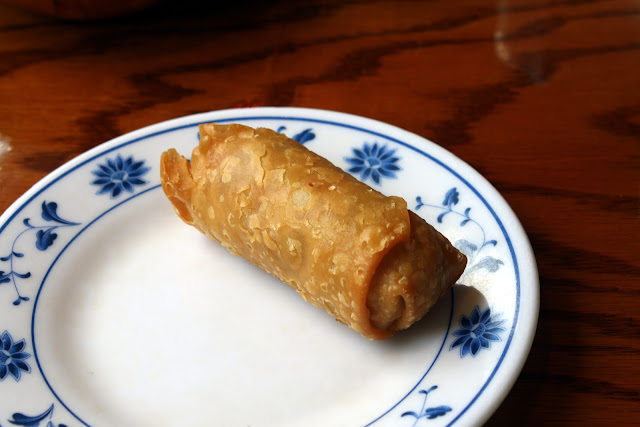 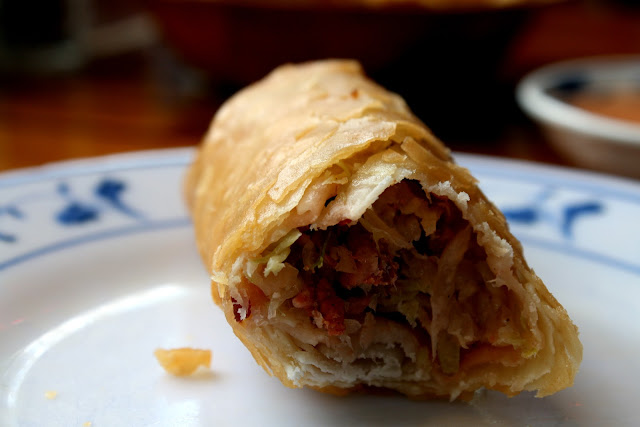 I selected an egg roll rather than soup. It arrived less than fifteen seconds after I'd ordered it. This is not an exaggeration; the waitress disappeared into the back as soon as I placed my order and returned in less than fifteen seconds with an egg roll. Which would be somewhat impressive if it had just been cooked, but it had not. It was room temperature. There was no warmth whatsoever. This may have been cooked hours earlier and left sitting out.

If you remember my scale for judging egg rolls, you know that this falls into the bottom category, the only category of egg rolls I do not like: ones that have been cooked much earlier and are not hot.

It was about this time that I was beginning to wish I had not come here. They can't even fry egg rolls to order in an empty restaurant? 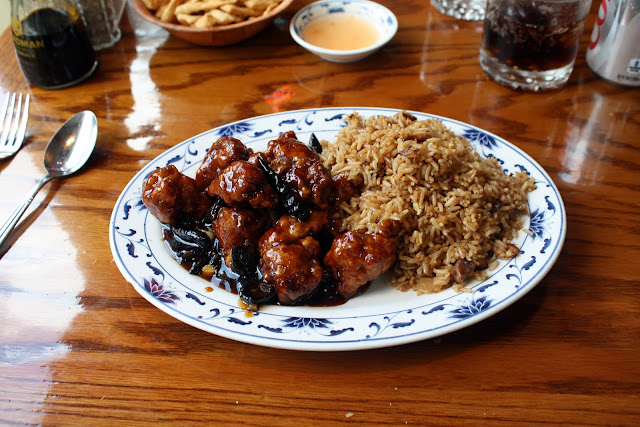 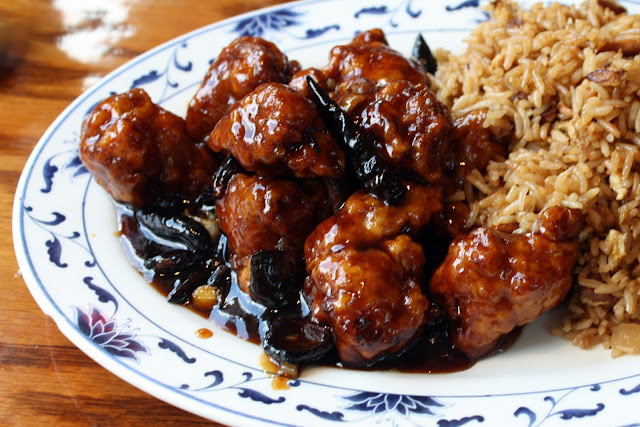 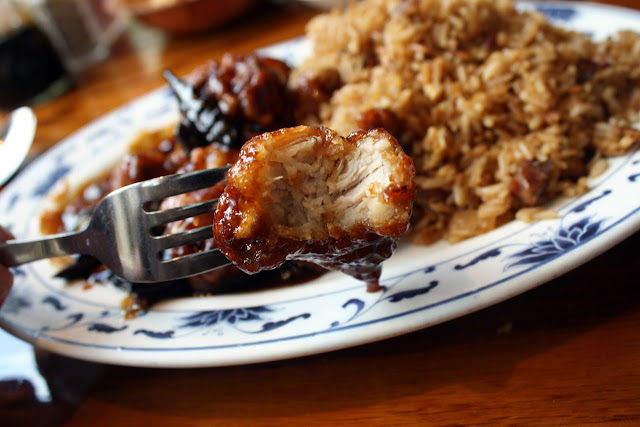 However, they made up for not cooking the egg roll to order by completely overcooking my Tangerine Chicken. Several of the pieces were too hard to bite into; the ones that were (barely) edible were stringy and tough. The sauce was a sticky congealed mess and in several places it was burnt against the batter. I was able to eat two pieces. The waitress did not ask anything about why I had not eaten more when she cleared my plate. She'd obviously seen this before.

I guess if a restaurant can't bother to fry egg rolls to order, they can't be expected to not overcook a dish even when they only have one customer in the house. 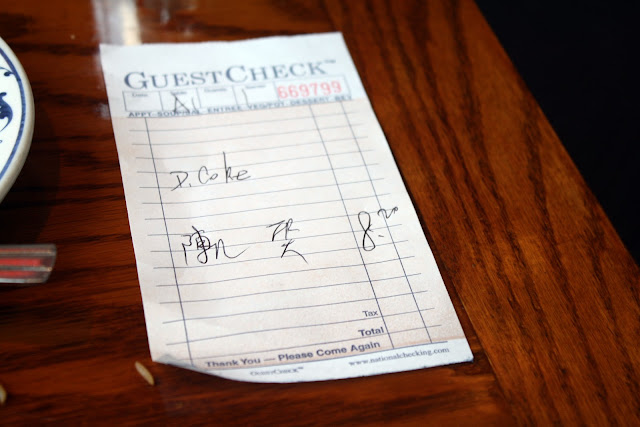 At least the meal was cheap, though I can think of several other places nearby that are cheaper, and all of them are better than this meal was.

I am not sure who Andy's caters to - people who like egg rolls but just wish they weren't so hot and flavorful? People who don't want to walk three blocks to Fortune House? People who think Panda Express is too ethnic? Whatever. I now know two people who will never eat there again.
Posted by JustinM at 10:00 AM

You were warned. But at least now you know.

Man, is there a lack of decent Chinese places where you live?

perhaps it was a 100 year egg roll? They just forgot to mention it :P

At least the Dogs of Fo are cool.

elizabeth is clearly in the right here but liz- how long has this place been open? i wonder how it stays open.