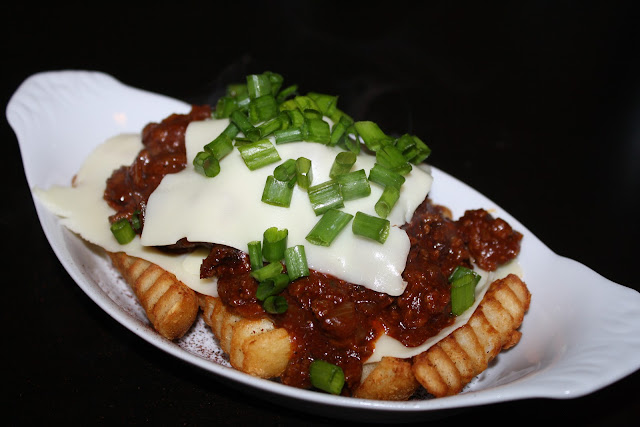 Last week, autumn stopped feeling - to me, at least - like a slightly-cooler extension of summer, and it began feeling like its own season, like the bridge to winter. So I wanted to make something a little warmer on Saturday while watching all the football games; chili came to mind. And then I started thinking about a comment my friend Bryce left a couple of weeks ago, about how much he enjoyed the Nathan's fries he ate in New York earlier this month, and the idea of chili cheese fries was born. 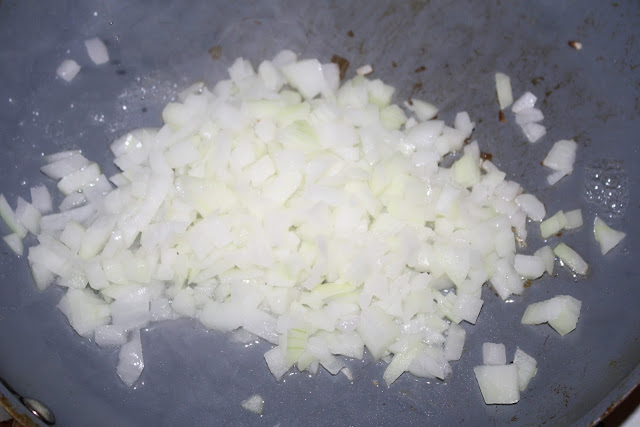 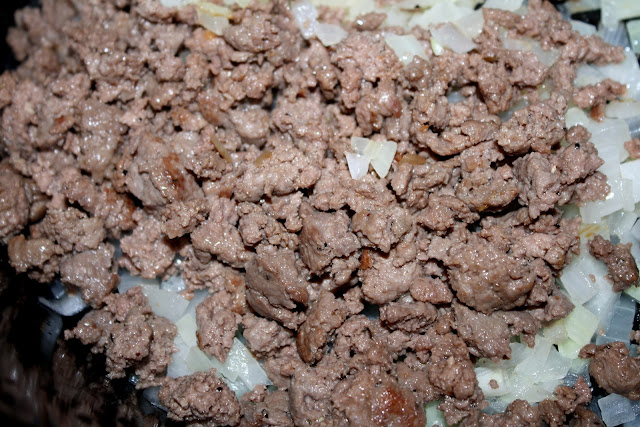 I got three of the brisket and short rib burger patties from Paisanos - total weight before cooking just under a pound and a half - and broke them apart as I cooked them in the pan. Then I drained the grease and added the beef on top of the onions. 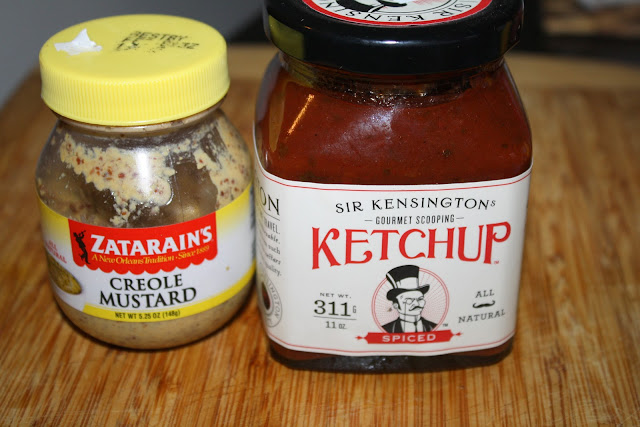 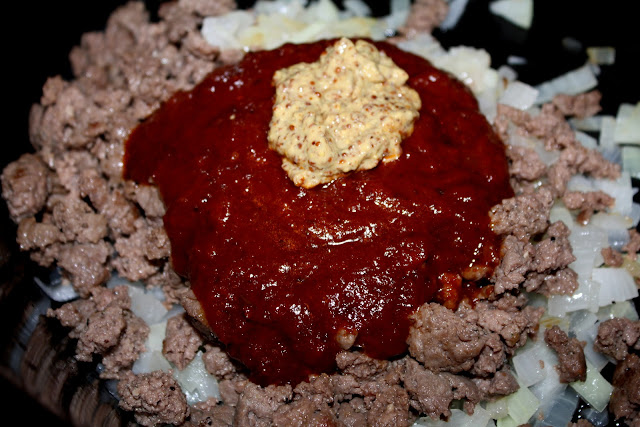 Creole mustard and Sir Keningstons went next: eight ounces of the ketchup (about two-thirds of the bottle) and a couple of tablespoons of the mustard. I didn't really measure, I just tasted it and it seemed fine. 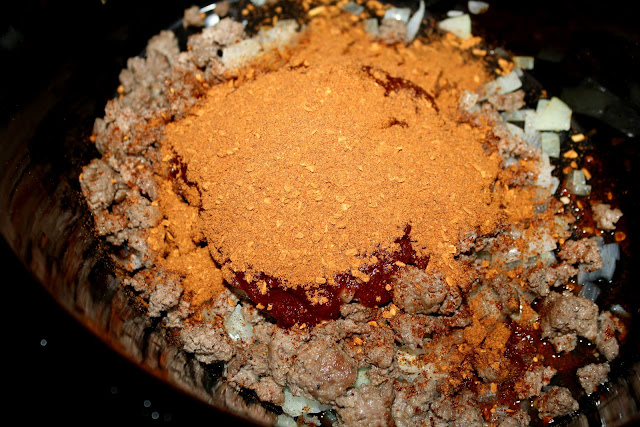 A packet of chili seasoning went next. You can use whatever kind you want - I love the Brown Bag mix but haven't seen it around these parts, so I just bought whatever packet they had at the store. I actually don't even remember what it was - I think McCormick. 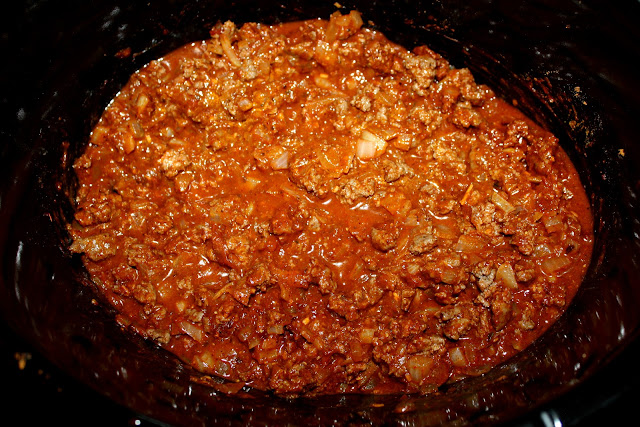 Then I added a cup of water and mixed it all together, set the slow cooker to low, and let it cook for three hours. Normally I make a lot more and it cooks for six or seven hours, but with such a little amount of meat I didn't want it to burn and three hours seemed like a good amount of time. 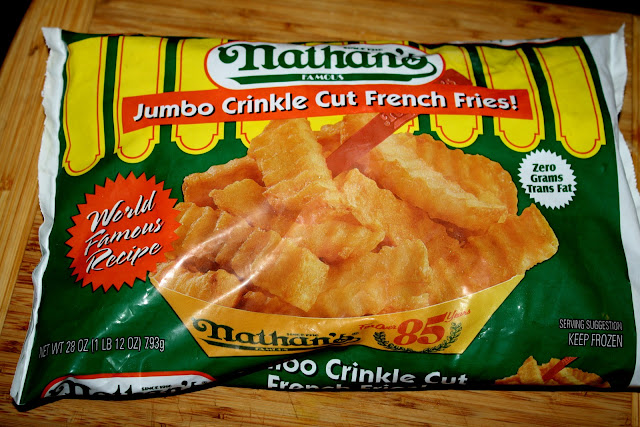 I may have been really unimpressed with my food at Nathan's, but I do think their crinkle-cut fries are good. I heated the oil in the pot to 380 degrees and fried up a few handfuls at a time, roughly five minutes for each batch. 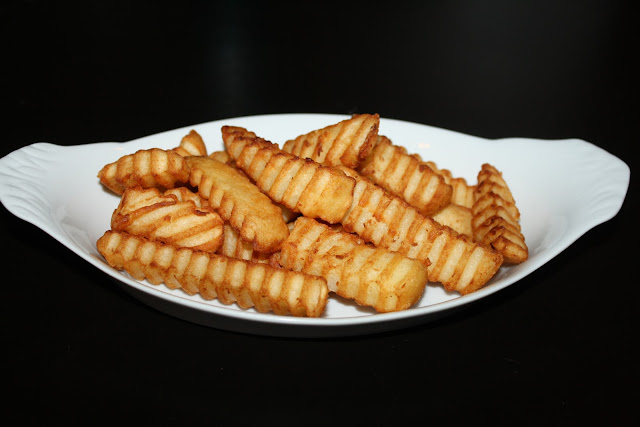 I drained off the oil and put them in a shallow bowl. 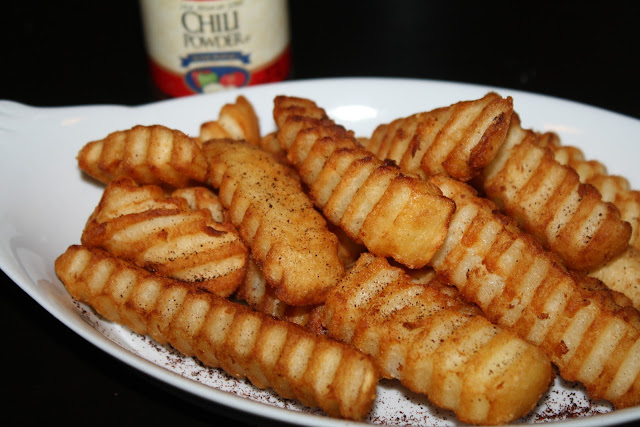 I dusted the fries with some chili powder while they were still hot. 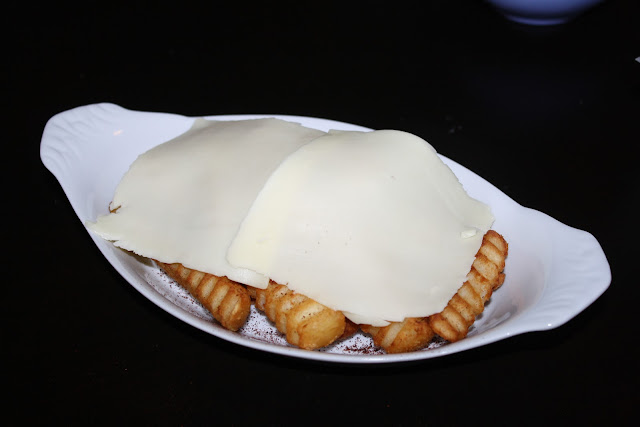 Then placed on two slices of American cheese. 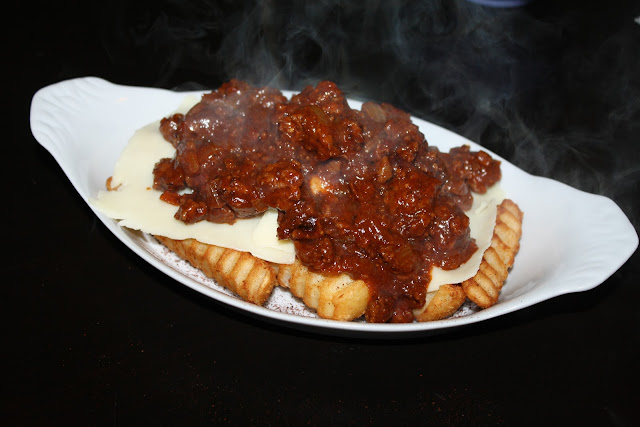 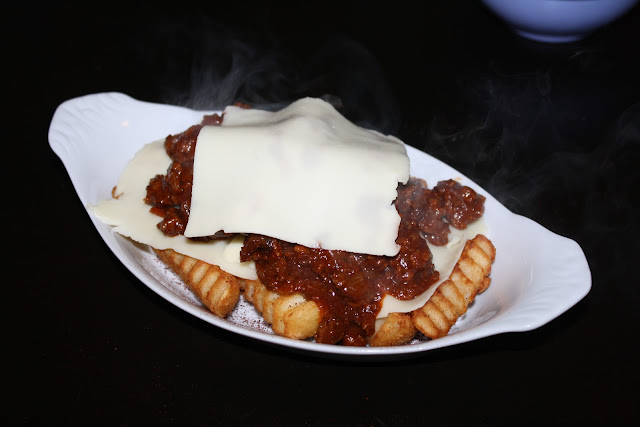 And another slice of cheese.

Followed by a sprinkling of green onions. 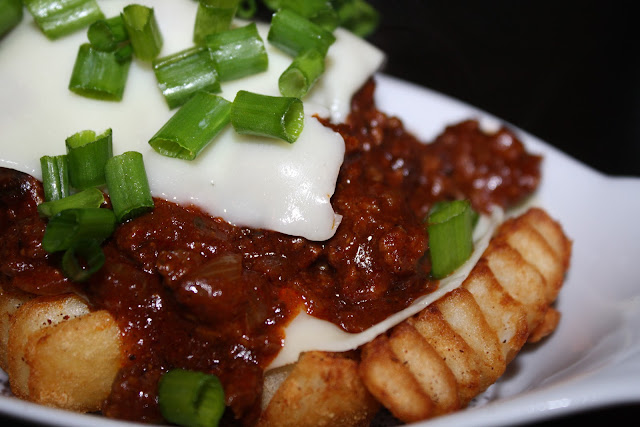 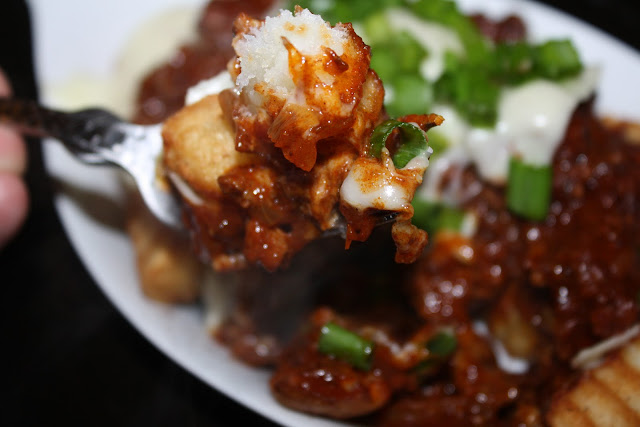 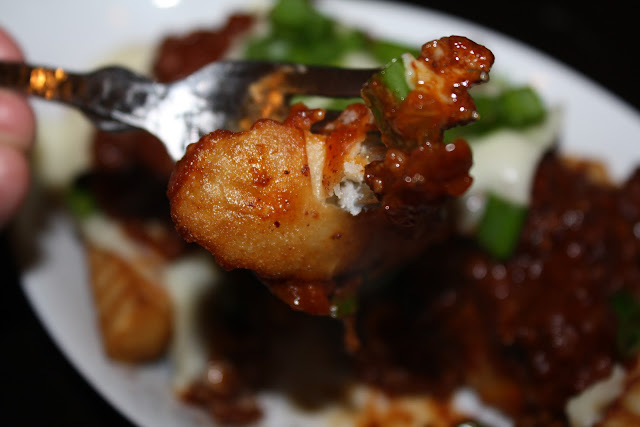 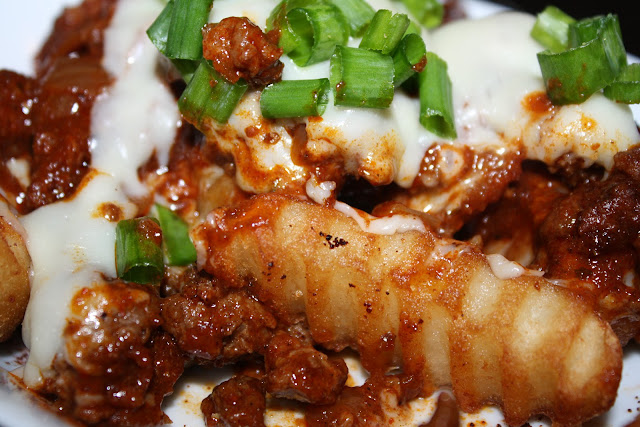 Yumm, i just love this.