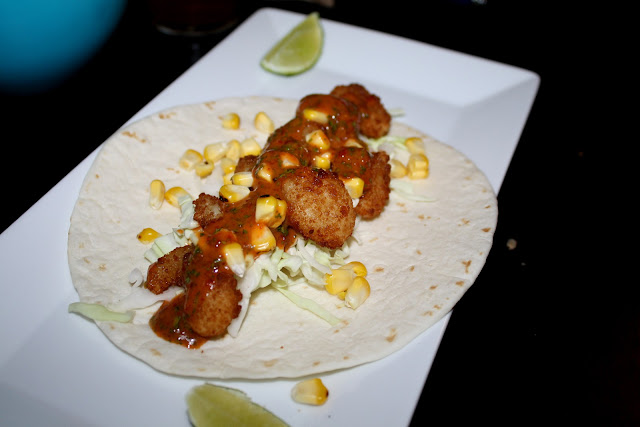 I understand why I didn't start eating sushi until I was in my 20s. The same can be said for a lot of ethnic - particularly Middle Eastern - cuisines. I wasn't much of a wine drinker until I was in my late 20s, but I don't think that's unusual.

I'm more than making up for it now, however. And yesterday - a drizzling day, though not at all cold - I was in the mood for some fried seafood. I considered making fish & chips but then had another thought: fried shrimp tacos. I haven't gotten to eat at Del Taco in half a year - perhaps the quick-service place I miss most behind the trinity of Taco Lita, In-N-Out and Zankou - and I've looked longingly more than once at pictures of shrimp tacos on their website. 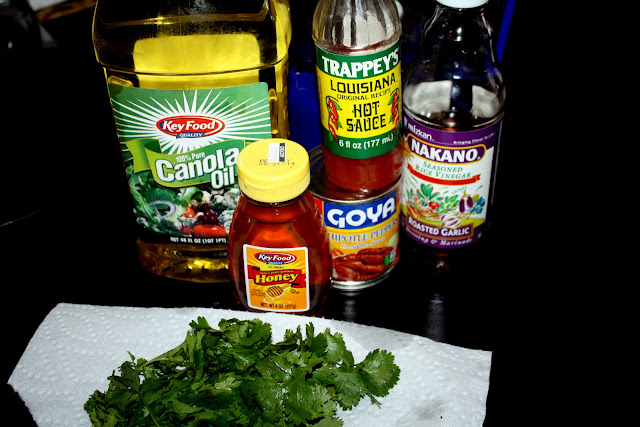 I assembled all the ingredients I needed to make a sauce that I have been throwing together for many years now. I don't remember where I got the original idea but given that it contains chipotle and cilantro, I'm sure it's a variation on something I saw Bobby Flay make.

I started with two chipotle peppers in the Cuisinart Mini Prep. If I'm making this as a dipping sauce, I use three for some extra heat, but since this was only going to be a part of the tacos, I went mild. Then I added roasted garlic vinegar (roughly one-third of a cup) and olive oil (maybe half a cup), a teaspoon of honey for some thickness and sweetness, a splash of Trappey's hot sauce, and a handful of cilantro. 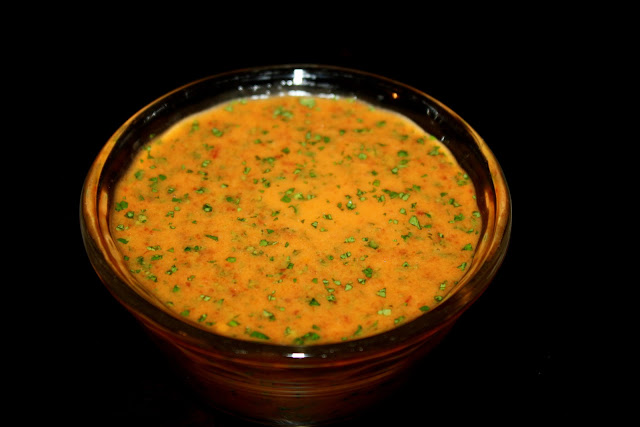 It's one of the most delicious sauces I have ever eaten. I can eat it with a spoon and indeed I always take a couple of spoonfuls as soon as it's made. It goes great with grilled flank steak or chicken, it's prefect for dipping, and I had a hunch it would be good with shrimp tacos. The sauce tastes even better when the flavors have melded together, so I made it a few hours in advance and placed it in the fridge. 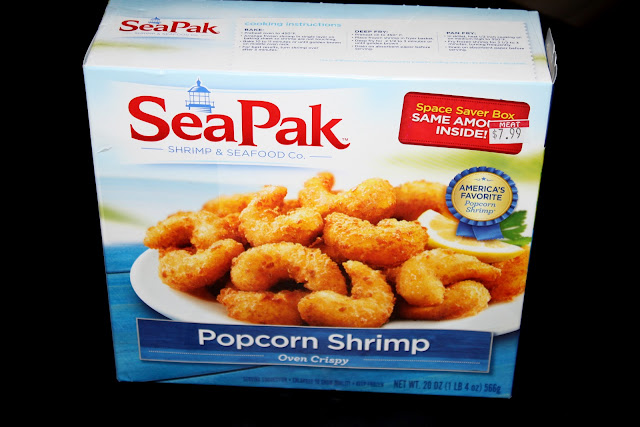 I wasn't in the mood to make a big mess like I did last week with my hand-battered shrimp, so I picked up a box of SeaPak popcorn shrimp. While the oil was heating for me to pan-fry them (which only takes about 90 seconds on each side), I put out the condiments: 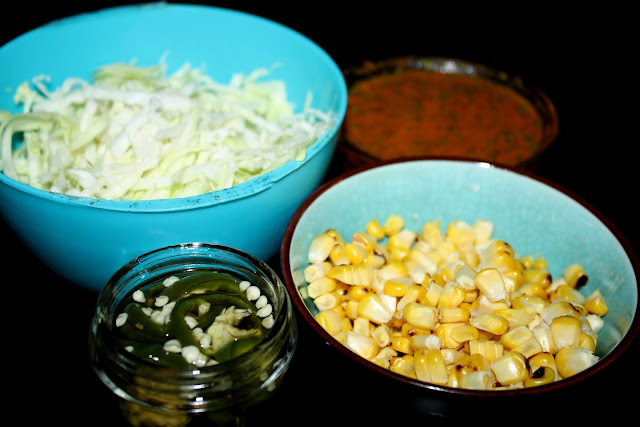 The cilantro-chipotle sauce, some thinly-sliced cabbage, an ear of corn that I had grilled, and a small jar of pickled jalapenos. 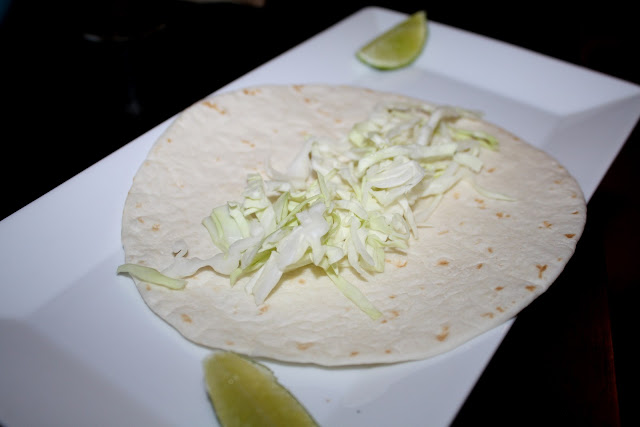 The cabbage went on first to provide a cool, crispy base. 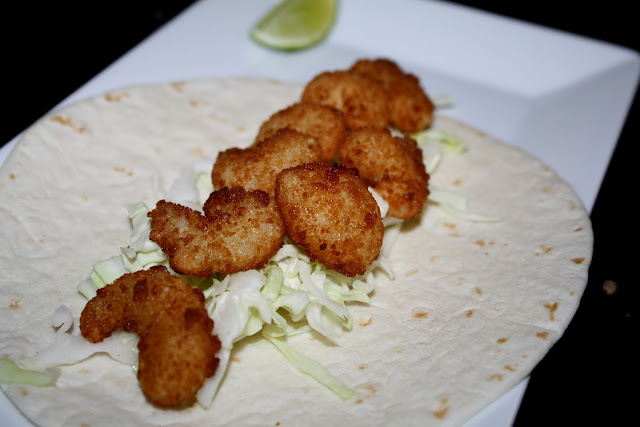 Then a few of the hot and crispy popcorn shrimp, just out of the oil. 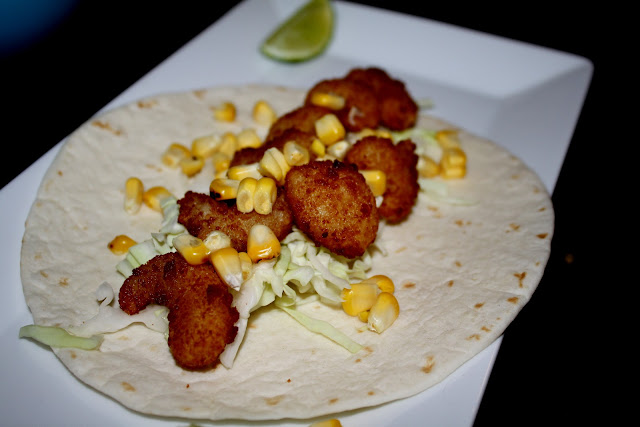 A scattering of the grilled corn was next. 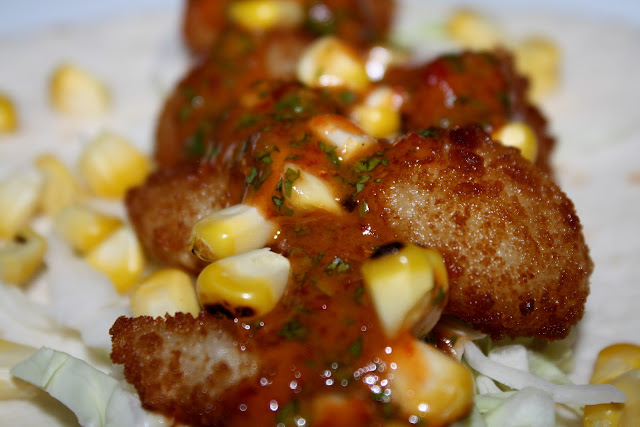 And then a generous amount of the sauce. 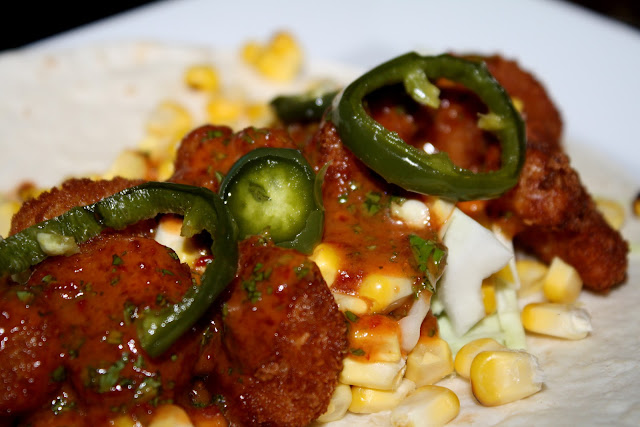 Finally, for some extra zip, I added a few pickled jalapenos. 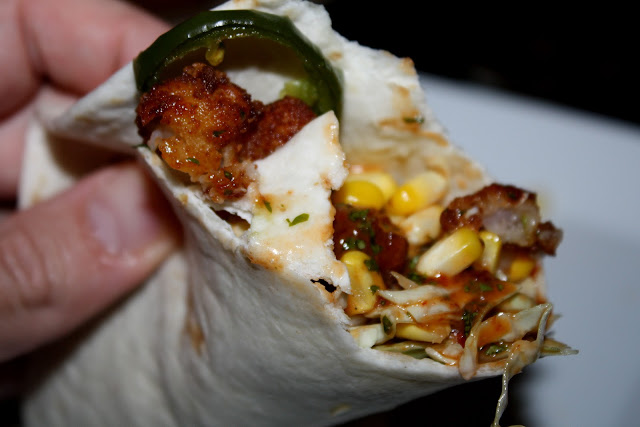 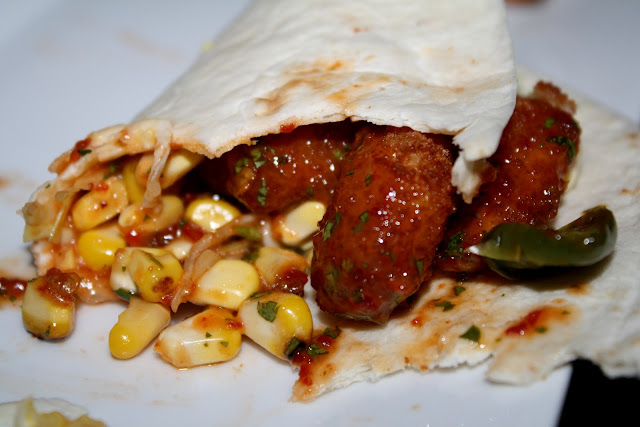 I only ate three of these... because I ran out of shrimp. But I could have eaten six or seven. They were some of the best seafood tacos I have ever made. One day I will make these again, including those handmade shrimp (and one more idea I have) and they should be perfect.

This looks so good it's causing me PHYSICAL PAIN!

"I've looked longingly more than once at pictures of shrimp tacos on their website."

this is why i love you, pp.

definitely Bobby Flay...because you also listed honey and he puts that in everything.

So delicious, I think I had five tacos.

What are your feelings on cheese in this kind of thing? I mean with seafood.

Also you should send some of these over to Scotland.

99% of the time I am not a fan. I actually considered adding Cotija to these, but decided there were enough flavors going on.

What's up with your blog? Have you abandoned it? If you do a new post I will give you another Prawns For Emily post.