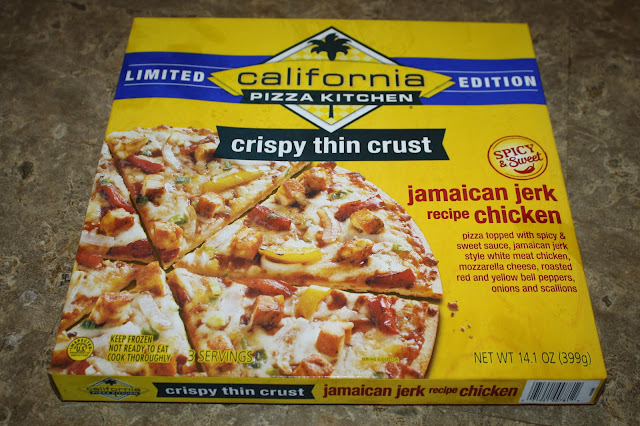 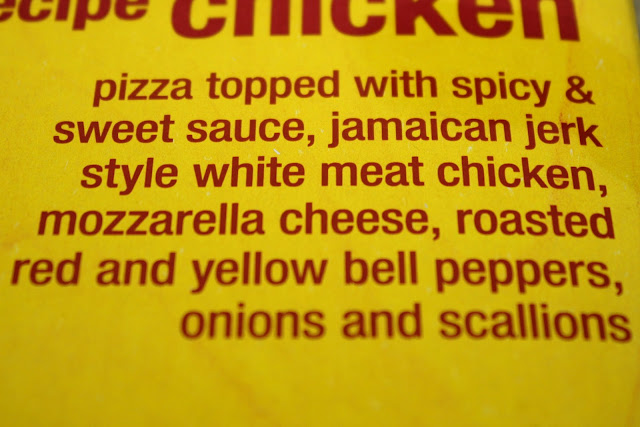 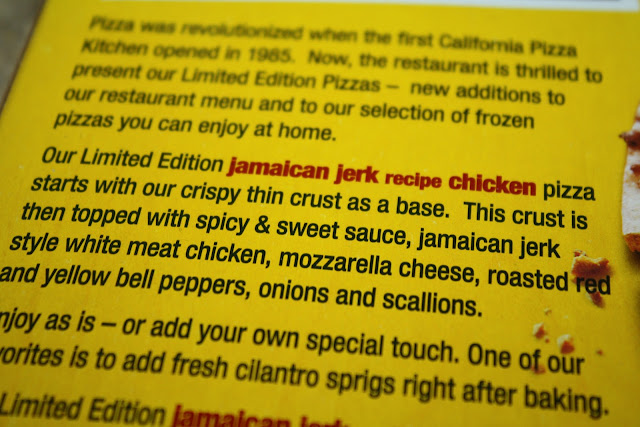 Exactly one month ago I wrote of my lunch at California Pizza Kitchen - it's across the street from Hawkeye's vet's office, so while he was having his testicles removed I went out for pizza - and my Jamaican Jerk Chicken pizza. I mentioned that I used to always keep one of the frozen versions of the pizza in my freezer, but that CPK has not made it in years.

Then a reader named Kelly let me know that a Super Target near her was carrying the frozen Jamaican Jerk pizza again. The Target closest to me is a disaster, probably the worst Target to which I have ever been (items never seem to be in stock and nothing is where it's supposed to be; if you ask a question of some of the employees, they literally walk away pretending not to have heard you) so I didn't really think there was a chance in hell it would be there. But, even though it was a rainy day, I walked to Target within 20 minutes of receiving her comment. I mean, if there was even a tiny chance, it was worth the effort.

And they actually had it in stock. Even better, it turns out the "Limited Edition" is CPK's "crispy thin crust" variety. I don't like CPK's crust, I think if they made an actual effort with their dough (and, I guess, focused on pizza and not their ever-expanding menu) the restaurant could be outstanding. So the fact that there is less crust on this frozen pizza pleases me. 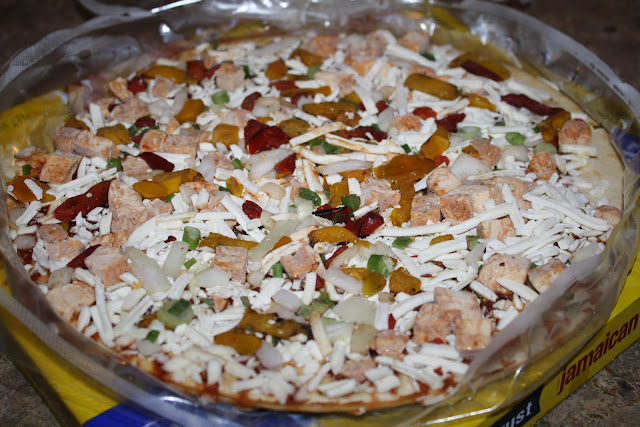 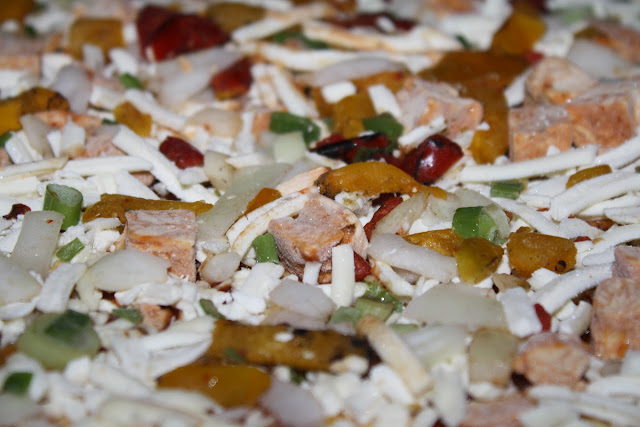 I took a couple photos of the pizza as the oven was preheating. 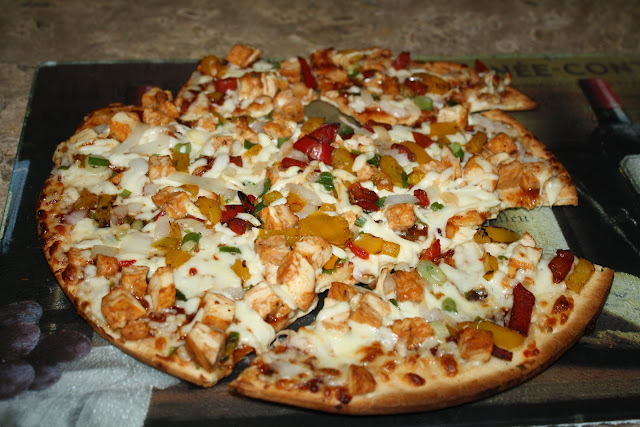 As the pizza cooked, it actually broke apart into sections, some of them shaped like slices. I don't think I've ever seen that happen before. It made it tricky to remove from the oven, but I took extreme care in doing so. I did not want to lose a single bit of this pizza. 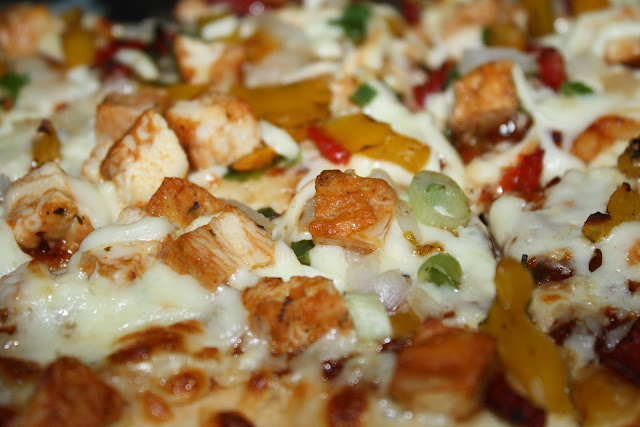 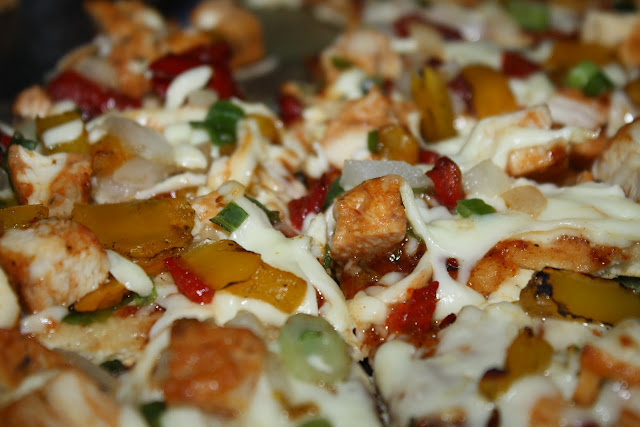 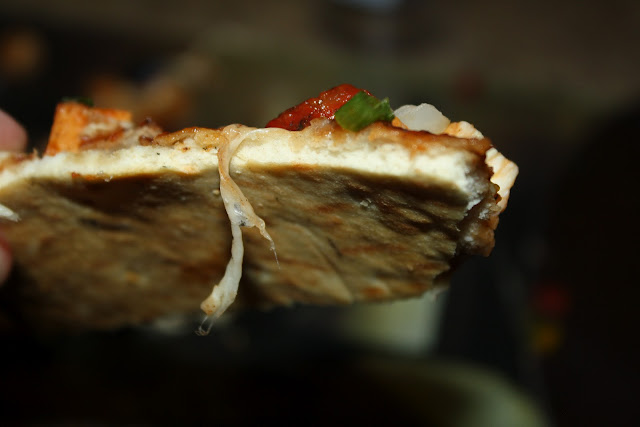 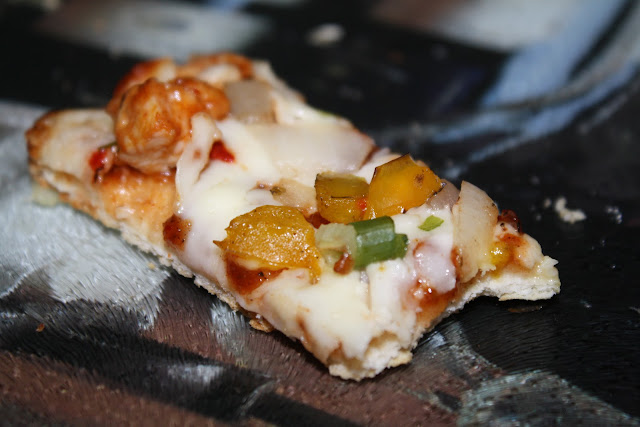 I loved it. It tasted just like the frozen Jamaican Jerk Chicken pizza used to, but with a better crust. I wish these were available all the time and not just as a limited edition.

My favorite frozen pizza I have ever had will probably always be the DiGiorno Deep Dish Pepperoni. I'm not talking about the current, pathetic microwavable pizza that DiGiorno is calling Deep Dish, I'm talking about a pizza they used to make - I haven't seen it in at least eight years - that was actual deep dish, and required being covered with aluminum and baked in the oven for an hour. (I could not find many references to it on the internet, but here is a picture of what the packaging looked like.)

My second-favorite frozen pizza was from my childhood: Chicago Brothers. I haven't seen that in 20 years, and a quick (and possibly incorrect) Google search reveals that the company was bought 19 years ago and folded into another company.

But this might very well be my third-favorite frozen pizza of all time. (The Trader Joe's Margherita and Pizza Parlanno also rank high on the list, and once upon a time I had a fondness for Tombstone, though it's been many years since I've eaten one.) I wish my freezer weren't so small or I would buy at least ten of them.
Posted by JustinM at 9:30 AM

Love your blog. I did a search for TJ's item reviews and found it. Ironic to see you're an Angels fan, as I'm currently mourning the Rangers collapse, nervous already about Friday. After never having a TJ's in Texas, two have opened within the last few months, each about 40 miles away from me. Keep up the product reviews ... They're appreciated!
Lee Ann

I've been looking for a frozen deep dish 'chicago-style' pizza for a while now; I never got to try the DiGiorno one, but I used to get one from a local bakery thrift store (of all places!) that was great. It too took close to an hour in the oven. Target has an Uno deep dish on their website but I haven't been able to find it in stores, even the ones that say 'in stock' on the website.

Lee Ann: Well, at least you guys get a minimum of one postseason game, so it wasn't a total collapse.

Mike: I would definitely try that, but I don't think I've ever seen it in stores.

Re: the Uno Deep Dish Pizza. My fiance is a huge deep dish fan and buys frozen ones whenever he sees one that he hasn't tried yet.

He found that Uno deep dish pizza at our local Target and it was definitely one of the better ones that I've tried. I think it might have been in the refrigerated section rather than the frozen section based on the wording on the packaging, but when I asked him about it, he wasn't sure.

Hey Justin, hope you can do a Barclay's Center food review like you did for Yankee Stadium in The BX.. In the future