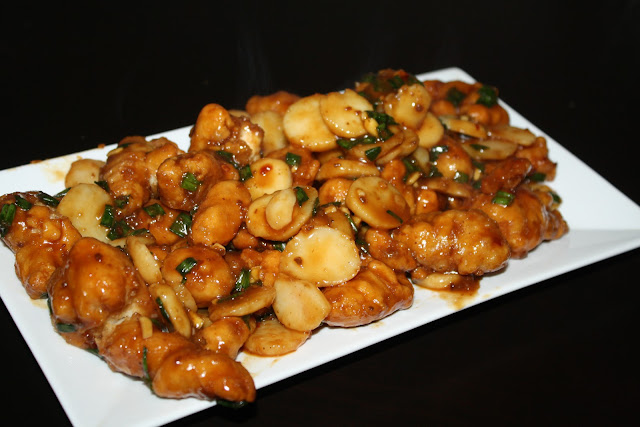 Once, when I had a much larger kitchen - my kitchen is fine now, especially by New York City standards, but it is by no means big - I used to make Asian meals all the time. I would get out the rice cooker, several mixing bowls, the Cuisinart, the Joyce Chen wok... I would create a scene that I just can't replicate now.

So sometimes when the mood strikes me these days, I have to take some short cuts. I'll show you what I mean. 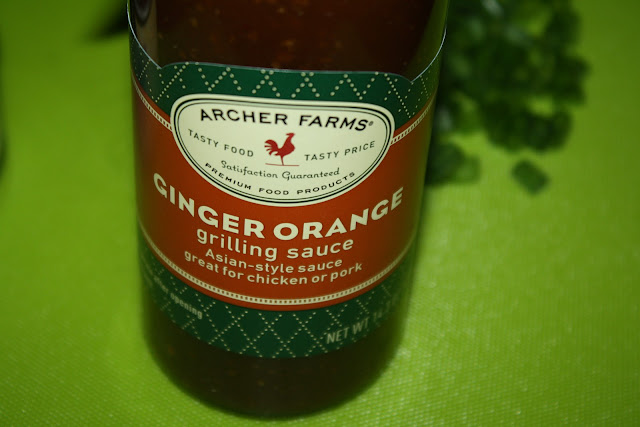 This Ginger Orange grilling sauce was on sale at Target the other day for two bucks and change. I can do something with that, I thought. 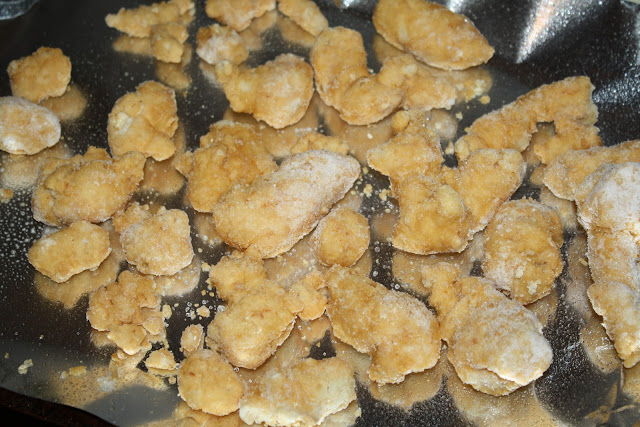 Back in the day, I would have battered fresh chicken breast pieces with tempura batter and stir-fried them in the wok. On his occasion I decided to use Trader Joe's frozen tempura chicken. I have been eating that for years and never had anything but good results. I put it in the oven for just over twenty minutes. 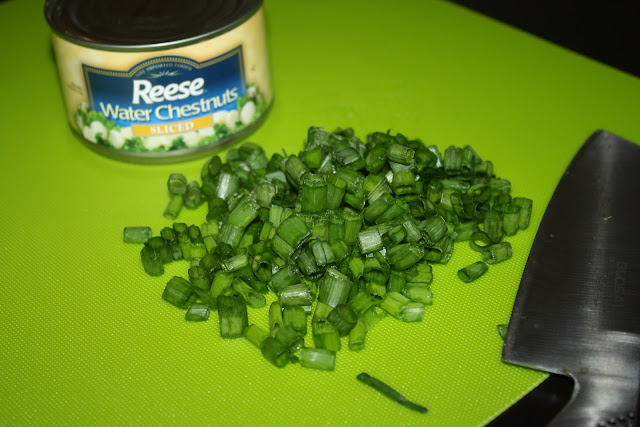 As the chicken was cooking, I diced up several green onions and opened a can of water chestnuts. 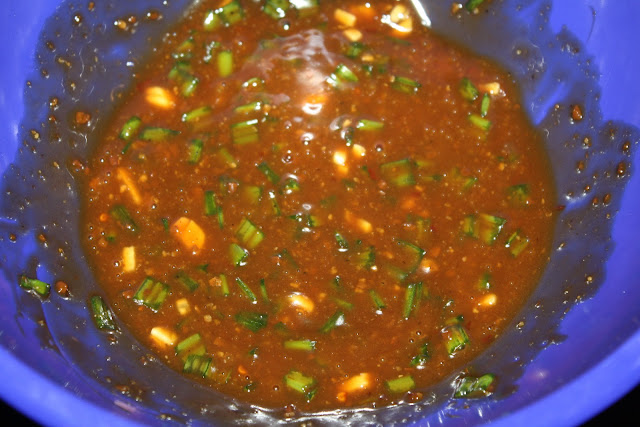 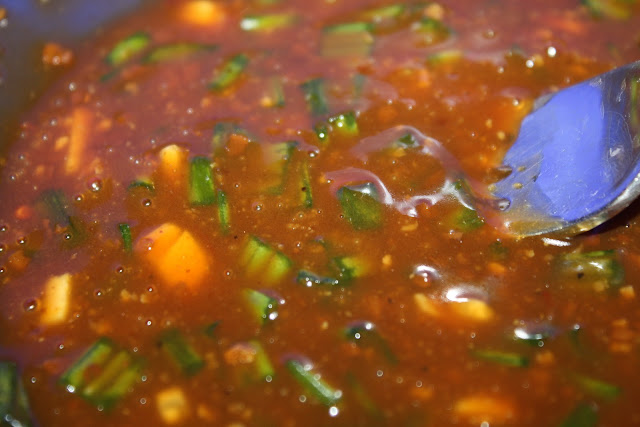 I added those two things to a bowl of the ginger-orange sauce, along with half a dozen crushed cloves of garlic and a few drops of garlic hot sauce. Anything worth doing is worth overdoing.

When the chicken was ready I dumped it into the bowl and tossed it around with the sauce for thirty seconds. 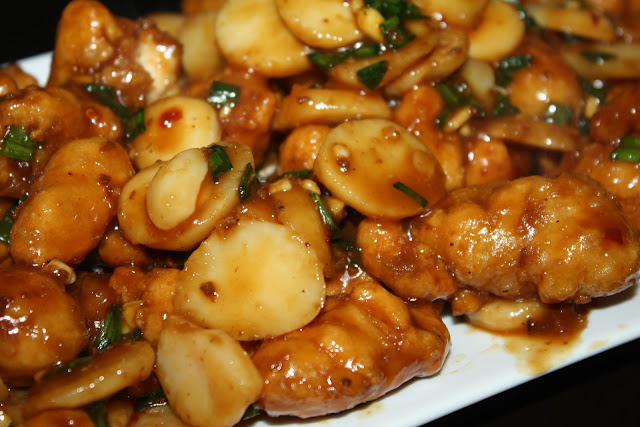 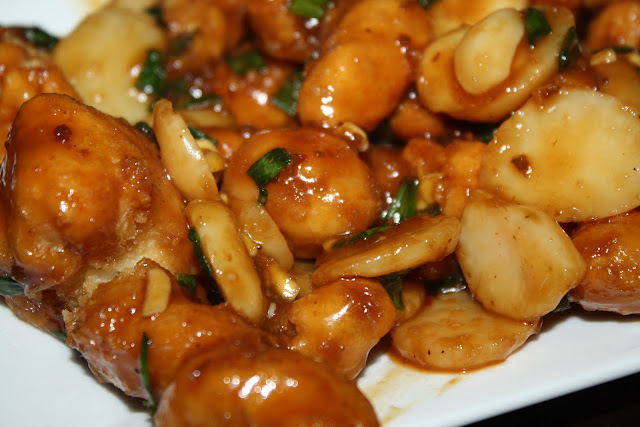 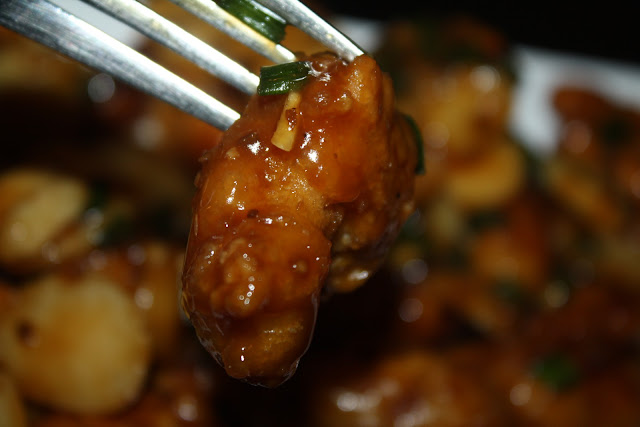 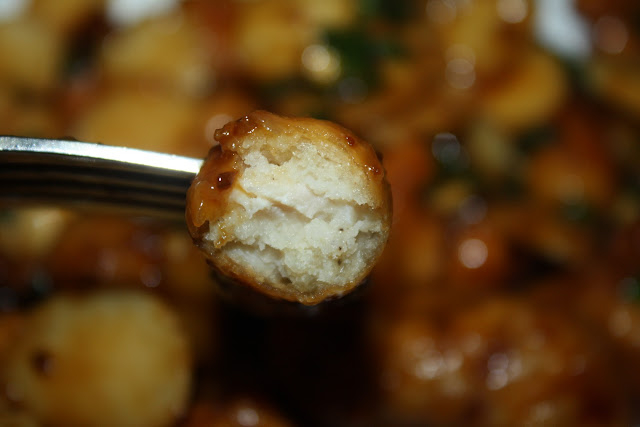 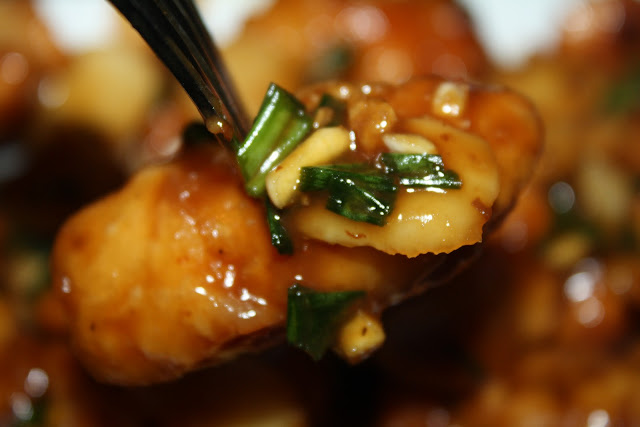 I loved this meal. It was better than all but a handful of orange chicken dishes I have had at restaurants over the years. The chicken was white meat, which I prefer, and crispy. The sauce had a bit of ginger zip to it and was made even better by the strong garlic flavor.

I ate this meal solo; Elizabeth was out that night. (You can tell because of the inclusion of water chestnuts, something I love but she detests.) When she arrived home she immediately recoiled at the garlic-ness of my breath.

"WHAT did you eat?" she asked.

"I made ginger-orange-garlic chicken," I replied, "with lots of garlic and hot sauce. It was awesome."

And when I make this again, I will make it the same way.

that looks so dang good, pp

Did I miss it, or did you not heat the sauce at all? Was it warm enough with just the heat from the chicken? For me, this is where a microwave would come in handy -- zap the sauce for a few seconds just to take the edge off without having to heat up/dirty a pan/wok. Really looks like it turned out well!

The sauce was at room temperature, so I poured it into the bowl and kept the bowl on the stove, so it was warm. And I put the chicken in it literally five seconds out of the oven. If the sauce had come out of the fridge I would have heated it.

This was particularly stinky. I'm sure it tasted good though.