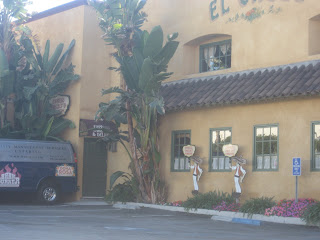 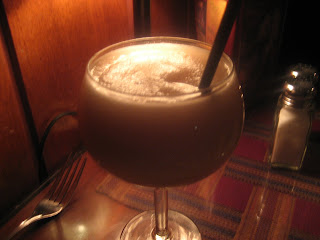 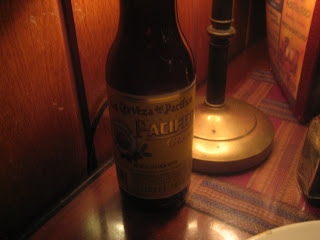 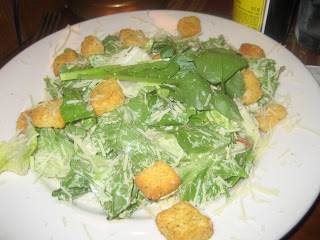 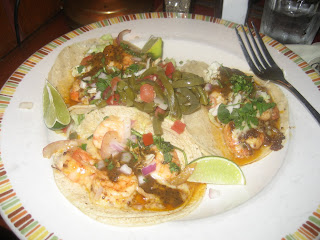 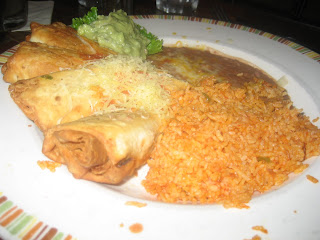 I have a t shirt I frequently wear around the house from a 1993 summer basketball tournament at Azusa Pacific University. There is nothing special about the shirt itself; it's frayed around the edges and wasn't even that attractive when it was new. But it is incredibly comfortable and I hope I always have it.
-
That's pretty much how I feel about the Pasadena El Cholo. I have never thought the food is particularly great - there are several Mexican places in Pasadena I like more - and I certainly think it's inferior to the El Cholo on Western... and yet I still find myself going there. Almost every time I am disappointed in the food, and yet I still have a great time. I like the space, I really like the patio, and I like the chips and habanero salsa with a cold beer.
-
Years ago, two friends and I lived a couple blocks from the El Cholo on Western. We used to eat there frequently, whether it was in the dining room or in the bar, where we would often watch Lakers games. After the epic 2002 Game 7 against the Kings, we walked over for dinner. They were literally shutting the door as we walked up, but the guy looked at us and said "Yeah, come on in, you guys come here a lot." That's the kind of place it was.
-
The Pasadena location is not like that. But it's still nice for a group dinner, or to bring people from out of town. On my most recent trip I went with a Pacifico (it's always either that or Tecate.) My friend ordered her usual peach margarita. I usually have a Caesar salad and either shrimp fajitas or a chicken quesadilla. But the waitress told me about a shrimp taco special, with a cilantro-tomatillo sauce. It sounded good so I ordered it. It was the best thing I have ever eaten at El Cholo. The shrimp were fresh and the sauce was tasty. I would order this every time if it were on the regular menu.
-
My friend had the chicken chimichangas. I have tried those at El Cholo and never liked them, but these were actually quite good. I wonder if the food has improved or if it was just an "off night" (meaning, of course, a good night.) Either way, it was a good time.
Posted by JustinM at 2:08 PM