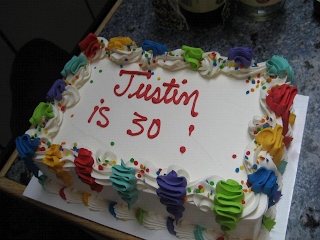 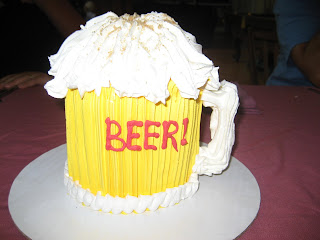 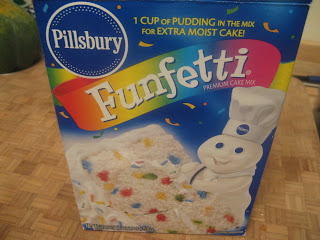 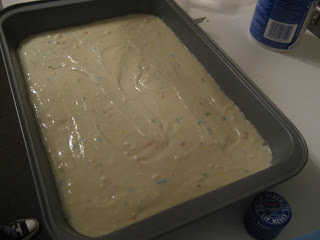 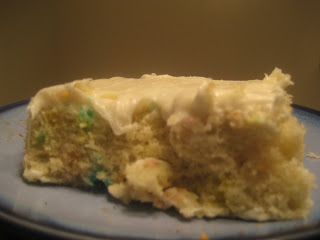 Although my birthday was over three months ago, I just had the last of my birthday cakes a couple nights ago. That sounds weird, so I will explain.
-
It was important to my mom that I have a small birthday celebration at my parents' house; she really want to buy me a cake. Maybe it was because some of my cousins were in town and I do not get to see them very frequently, or maybe just because it was my 30th birthday. I told her I wanted a vanilla ice cream cake. I hate chocolate.
-
Seriously, I hate chocolate. People who know how much I like food are usually astonished by that. But I have never liked it. Now, I admit, a Belgian friend of mine always promised that she would bring me some of her favorite chocolate from Belgium, and when she finally did, it was fantastic. So it is certainly possible that I just hate crappy American milk chocolate. But I have never had a chocolate cake that I like. (When I was a kid at birthday parties, there was often a vanilla ice cream clown cone purchased just for me.)
-
So I got a simple, vanilla cake that was great. A lot of the people there like chocolate, though, so my parents also bought a chocolate cake in a style that they thought would be more appropriate for me: beer.
-
My friend also bought me funfetti, which I don't think I have ever had but she assured me I would like. Her oven did not work at the time, though, and even when she got it fixed I had left the funfetti mix at my parents' and never remembered to pick it up. (Yes, we could have easily bought more at the store, but it just wouldn't be the same, you know?) Recently I remembered to get it, and she made it for me just the other day. I can't believe I made it 30 years without having that. If God himself baked cupcakes just for me I doubt they would be much better.
Posted by JustinM at 2:24 PM