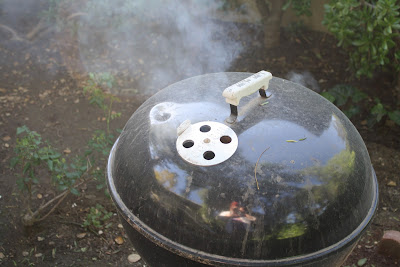 I love Opening Day. Not for any of the silly reasons that we hear every year ("Everybody is in first place!"... I've never liked that one; by the same notion, isn't everyone in last place, too?) but for the simple fact that baseball is back. Spring is here, the days are getting longer. Somewhere between 100 and 150 nights in the next half-year I will be able to sit on my couch in the evening and watch the Angels, switching over at the commercial break to hear Vin Scully calling the Dodgers.

Except for those times when the Angels play the Dodgers and Vin calls the games. Then all is right with the world.

Yesterday, as if Opening Day wasn't enough, we were blessed with the first really hot day of the year. (At one point when I got in the car after it had been sitting in the sun for a couple hours, the temperature gauge read 102 degrees, although after just a few minutes it dropped down to 92.)

Some friends came over in the evening and I made one of the cheapest, tastiest, most relaxing dinners I know of: beer can chicken. 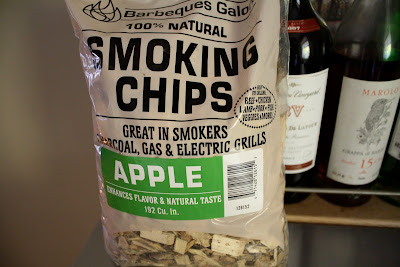 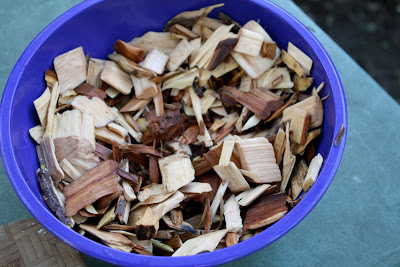 I got a bag of applewood chips, soaked them in water for an hour, and added a handful to the coals every half-hour or so. Fruit wood goes well with poultry, not to mention bathing our patio in one of the most pleasant smells imaginable. 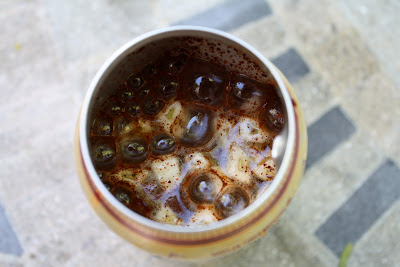 I drank half a can of beer, used a can opener to remove the top, and added lemon juice, chopped garlic, paprika, and a slug of Worcestershire sauce. It's not attractive, I know. But this is about taste, not appearance. 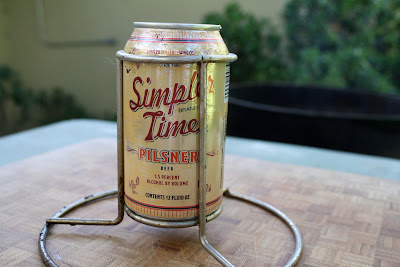 Most recipes for beer can chicken instruct you to stick the can up the bird's bottom and carefully balance it on the grill. A few years back I purchased this stand at BBQs Galore: it cost less than ten bucks, holds the can perfectly, and insures that the bird will not topple over. I highly recommend it. 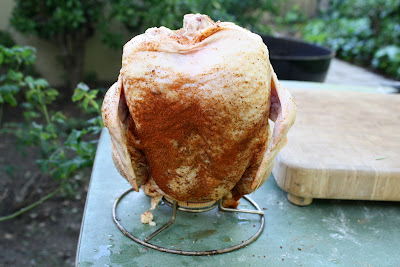 Over the years I have spent countless hours experimenting and developing a super-secret proprietary rub that I use on the bird. Nah, I'm just kidding. I use whatever is in the pantry. This was a poultry rub that, to be honest, I completely forgot we had. I added some paprika to it as well, just to give it a darker color.
I placed the chicken on the grill (with the coals pushed against the sides for indirect cooking) and covered it with the lid. This is perhaps the best part of the meal: the two hours that you sit around, talking with friends, drinking cold beer, and smelling the bird roasting. 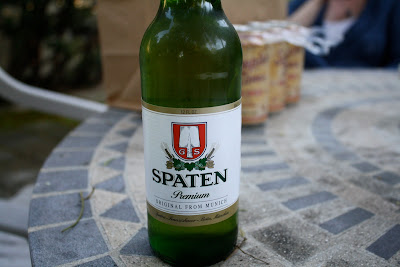 Tim brought over two kinds of beer: New Belgium 1554 Black Ale and Spaten Premium. The former is a delicious English-style black ale, but on this hot day I drank the refreshing German lager. 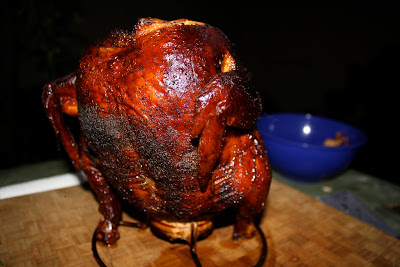 I took the bird off after just short of two hours on the grill and let it rest for more than ten minutes. I heard a couple of primal gasps from my friends when they saw me set the bird down. Everyone likes food off the grill.
When the chicken was ready I removed the stand and can - it's still hot after ten minutes; not burning-hot, but you probably want to use a glove to remove it - and carved it. Or rather, attempted to carve it. When you cook a bird this way, the beer steams the insides and keeps it ridiculously juicy and tender. It will almost fall apart with a fork. 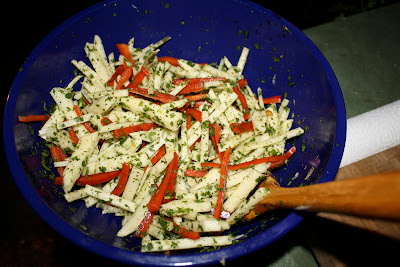 I wanted something simple and cool as a side dish, so I made a jicama slaw: jicama, red pepper, cilantro, lime juice, rice wine vinegar, and just a touch of olive oil. It was delicious, a nice complement to the chicken, and everyone had more than one helping. 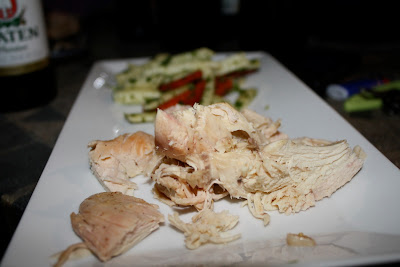 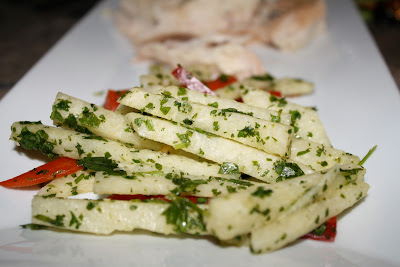 Chicken, veggies and cold beer. Who could want more from a hot evening meal? Most of us had second helpings of chicken. 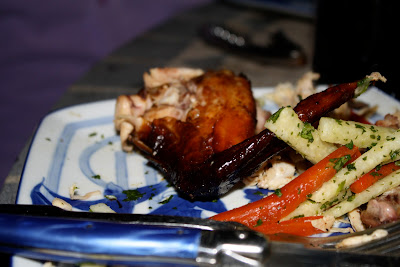 My friend Murph surpassed us all by having four plates. This is his final one of the evening, although it was not the last thing he ate: 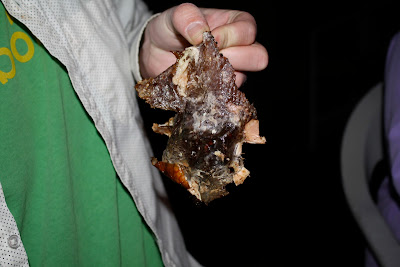 "Is it weird that I refuse to eat condiments but I have no problem eating this piece of chicken skin?" he asked before eating it in just a couple bites.

I don't know and, to be honest, I don't care. Meals like this are about doing what you want, enjoying life, and appreciating that spring is here.
Posted by JustinM at 11:58 AM

i'm with murph. I mean, I love condiments, but there is just nothing as delicious as chicken skin

Even though I am miles and hours away from this event, I can smell and taste it.
A perfect warm evening, outdoor happening!

i love chicken skin as much as the next dude but what murph's holding looks like rattlesnake skin!

Fritos: If I ever make this for you, I will save the skin.

Nosh: Yeah, too bad you live so far away.

Anon: Well, Murph loved his first piece of skin so much that I surgically removed a piece as large as I could for him.

Out of curiosity, how much did the meal cost?

Without the beer? Probably 25 bucks. For dinner for seven. Not bad.

just saw this at traderjoes.com "1. A Note To Our Customers About The Pizza Al Pollo Asado Recall" - http://ww.traderjoes.com/about/customer-updates.asp#59

Thanks, I saw that online a couple days ago. That post generated more than 1000 views in a single day and I was somewhat confused: sometimes a new fast food promotion I've written about does that (like the CJ's turkey burger) but a frozen pizza I cook at home? That's never been that popular. It was just a coincidence that the day I posted about it was the day (or the day before) TJ's issued a recall.

I always forget about jicama – great idea for a salad.

It was nice to hear Vin’s voice again last night. I had the thought while watching some of the SF game that listening to Vin is a lot like listening to jazz. Add a little wine and you’ve got a great progression: Vin, Zin, Jazz, Zen…

Elizabeth and I were just talking about him a couple days ago. (They both graduated from Fordham, albeit 53 years apart.)

Vin is the last of his kind simply because he started out calling games for an audience that was almost entirely radio. He had to paint the picture for the audience and you can still hear that in his descriptions.

I am not much of a baseball fan, as you know, but having grown up in SoCal, the sound of Vin's voice is as much a part of my childhood as anything else I can think of. One of the happiest sounds there is.