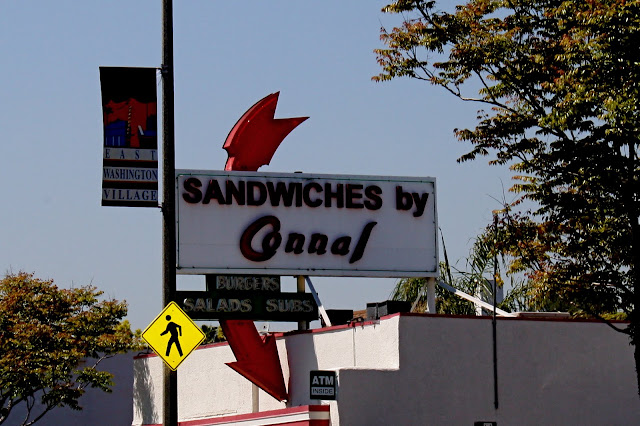 Some days it's hard to decide what to eat, and even harder to decide what to write about. Do I use photos of the dinner we had last night? Hmm, it's difficult to get too excited about fish sticks, even if they were the best I've ever had. What about the quesadilla I made the other day with spicy gouda, Zankou sauce, jalapeno-corn relish and Taco Lita hot sauce? That thing was delicious, although as violently-spiced as anything I have eaten in 2011. I still have pictures of a Rosemead dim sum restaurant from a year ago that I never got around to posting... should there be a statute of limitations on these things?

But other days, it becomes much simpler. Two weeks back I was talking with my friend's teenage daughter about her favorite burgers in town, and she mentioned really liking Connal's. I decided I needed to eat there again soon. Yesterday, the sky is big in pasadena, our local gold mine of daily photos, posted about Connal's, even linking to a post I wrote about my maiden trip there, almost a year ago to the day. That cemented it. (Plus I figured it might cheer up Ben after yesterday's disaster with his beloved Blue Jays.)

So yesterday afternoon, when I was planning to meet up with a friend for lunch and she asked what I felt like, I said "I'm going to go to Connal's and pick up food for us." She had never been so I instructed her to look online at their menu, offering that it was similar fare to Rick's or Tops.

You can order inside at Connal's if you want to eat in their small dining room, but there is a window on the street that makes to-go orders even easier. My original plan had been to get a Reuben sandwich - I was in a sandwich mood yesterday - but I smelled the burgers cooking as I leaned my head up to the window and could not resist. I ordered a chili cheeseburger for myself, an avocado-bacon burger for my friend, and some "frings" for us to split (despite the fact that the portmanteau of "fries" and "onion rings" is one of my least favorite gastronomic terms, only slightly less detestable than "BOGO.")

A little less than ten minutes later I had my food and was racing - well, driving the posted speed limit - towards my friend's work a couple miles away. 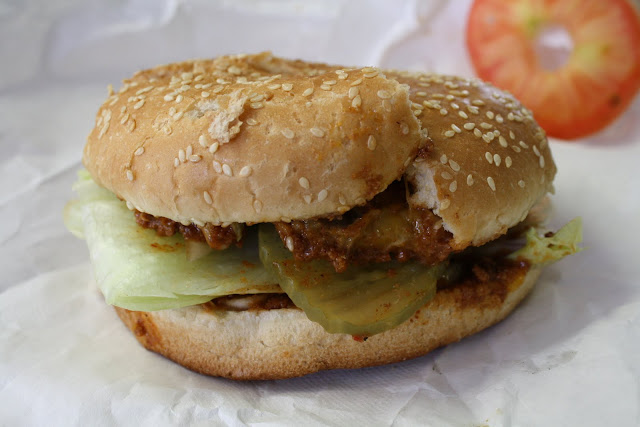 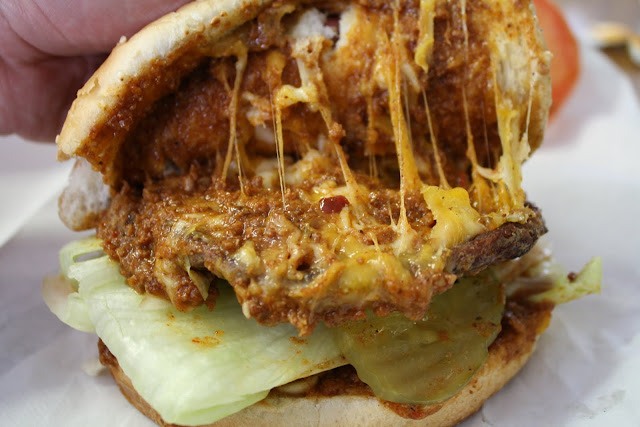 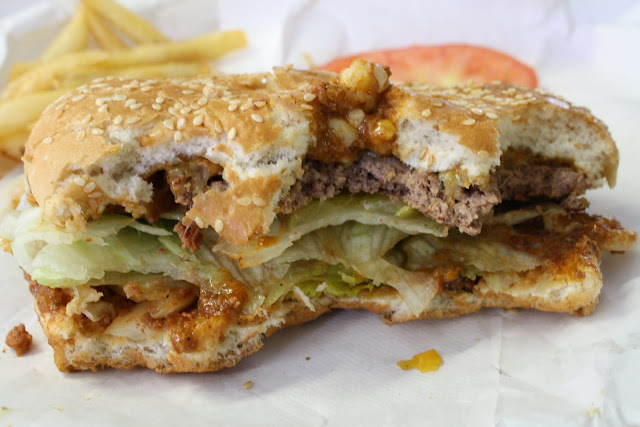 My chili cheeseburger was fantastic, much closer to the burgers I make at home than the fast food-type burgers that the three-and-a-half dollar price tag would indicate. I of course removed the tomato from my burger, leaving several layers of fresh lettuce (something I usually don't eat with a chili burger, although this was very good), cheese, onions, pickles and chili surrounding the meat. I squeezed a packet of mustard onto the thing, mustard being one of my favorite complements to chili. 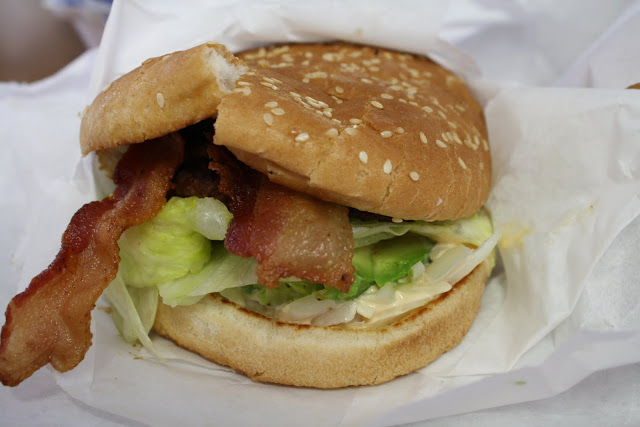 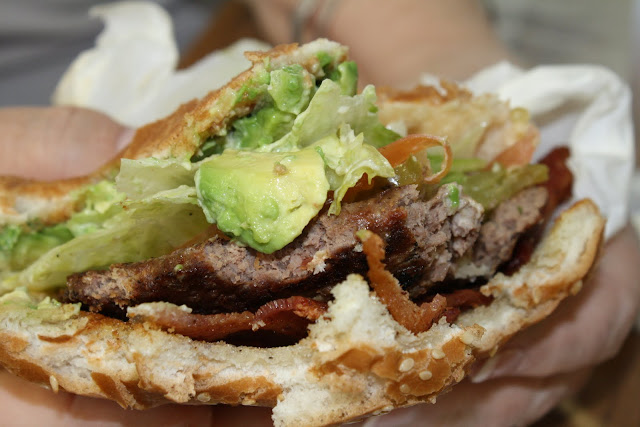 My friend's bacon and avocado burger. I find that disgusting but I know I am in the minority, and this is about you, the reader, so I will show the photos.

"This does not taste like a Tops burger," she said. I know her well enough to know that is a compliment. 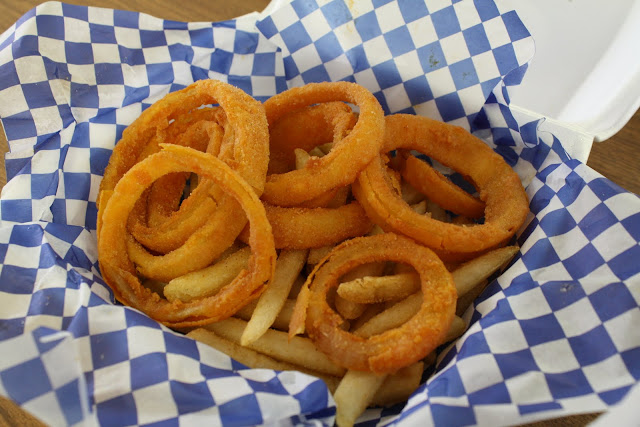 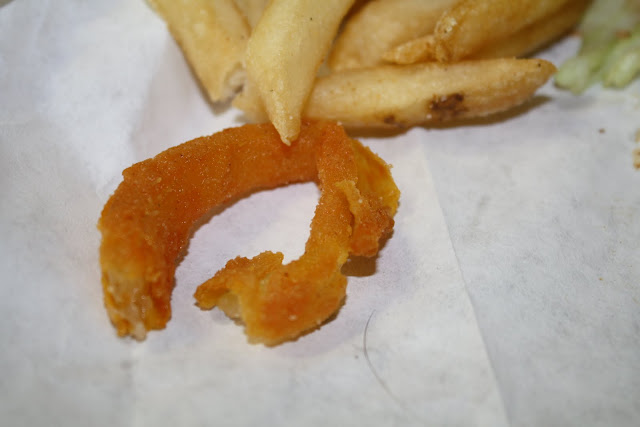 I did not enjoy the fries and I hated the onion rings, but this is not a fair statement: you can't put a breaded-and-fried product in a styrofoam container and let it steam itself for ten minutes while you drive away and then expect it to be good. That's just not how it works; they turn into a soggy mess. The fries were better than the onion rings but still not very good. The order size is ample and we ate a few, but probably left more than half.

When I ate at Connal's a year ago, I really enjoyed their fries, and from now on when I eat there I will still get them, but I don't think I will ever order them again to-go.

The total for our food was a few cents over twelve dollars and we were both full. It was another nice meal from Connal's, although, like almost every place, I prefer eating there to taking the food elsewhere.
Posted by JustinM at 9:28 AM

Thanks for trying to cheer me up, Justin, but that loss is going to sting for quite a while.

Up 7-1 going in to the 7th inning on one of baseball's worst teams is usually a recipe for a win. On the other hand 3 bases loaded walks is usually a sign that things are not going to end well.

What are your fav onion rings in town?

Wolfe Burgers. I will always take batter over breading. Jake's are pretty good, too, but I much prefer the atmosphere (and the rest of the food) at Wolfe Burgers.

i dont get it. where does ben come into the picture? i thought you were getting connal's to cheer him up?

Love how that bacon sticks out like a tongue. This is definitely something to get excited about but I'd always be game to hear about your fish stick dinner :-0