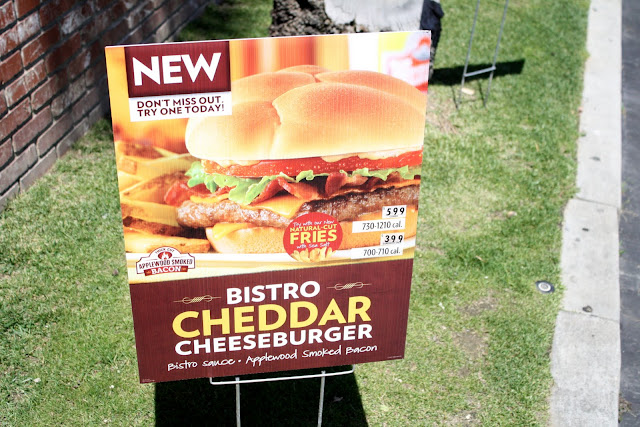 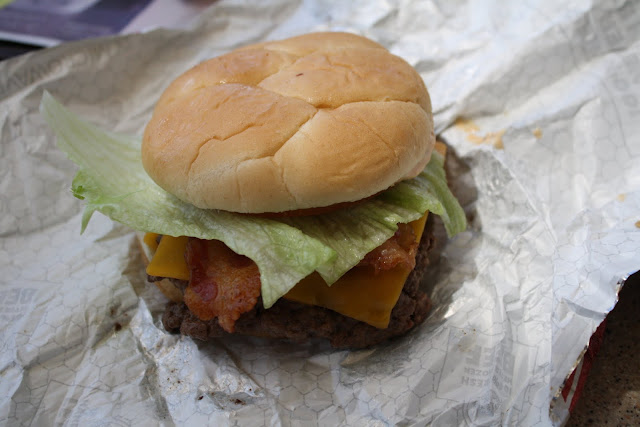 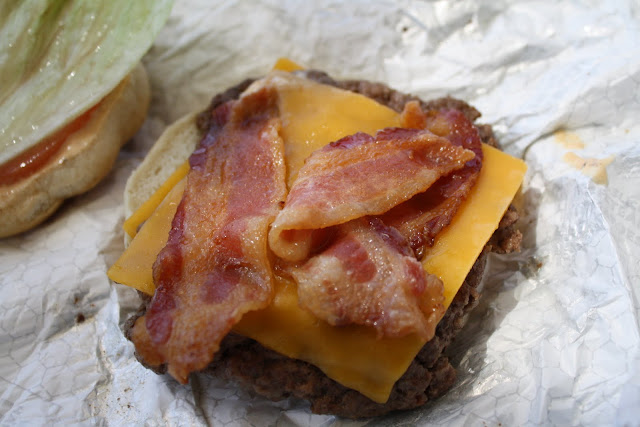 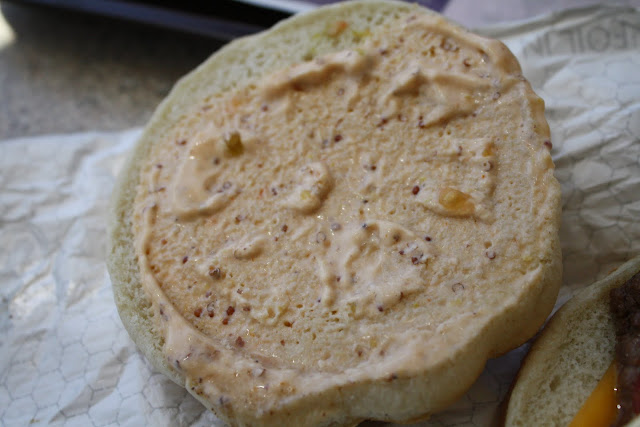 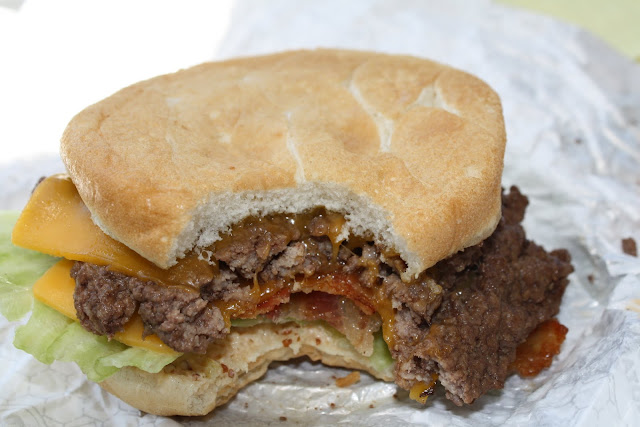 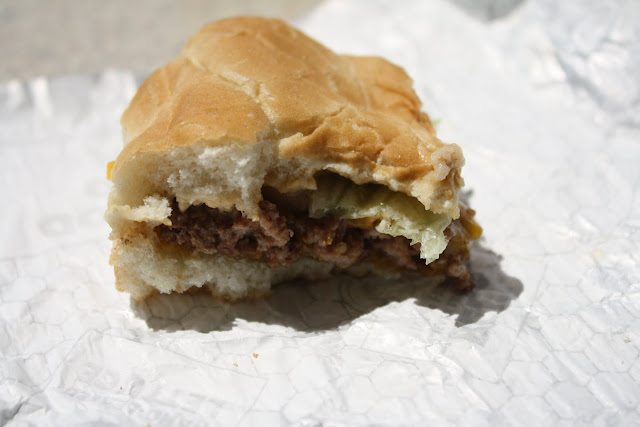 I was on my way down to Home Depot with my better half - spring cleaning time - and contemplating what to do for lunch. As usual, she wanted carnitas. And we were going to go for that, but we got a late start on the day, and Wendy's was right on the way to Home Depot. Some spicy nuggets sounded good to both of us.

But when we got there I noticed a sign for a new product about which I had heard nothing: a "Bistro Cheddar Cheeseburger." I knew nothing about it; I only knew I had to order it. I'm suspicious when a fast food chain invokes a term like "bistro" or "gourmet"... the one thing we know for sure about a Wendy's cheeseburger is that it is not going to taste like something in a bistro. But still, I gave it a shot.

I've always preferred Wendy's chicken to their burgers, but I was still taken aback when I unwrapped this burger: the meat was a floppy, gray patty barely able to hold together. Loosely-packed ground prime meat cooked on a grill is one of life's great pleasures, but I was guessing this wasn't prime beef. And the bacon, which I've always found to at least be edible at Wendy's, did not look good. (True, it looked much better than the bacon you get at most fast food places, but that ain't saying much.)

And when I took a bite, it was, unfortunately, very bland. The one nice flavor about the sandwich was the cheddar: there were two slices of it and it was bursting with flavor. But the meat and bacon were not very good and the "bistro sauce" was an insipid mayo. I could not tell what flavor it was supposed to be. I even swabbed a fry through it to isolate the flavors and hopefully pick them up, but I could not. It just tasted like mayo.

I am not sure what Wendy's it trying to do here. Yes, the bistro burger was better than your standard burger at a place like McDonald's or Burger King, but it is nothing special and I won't ever get one again. I will just stick with the spicy nuggets or whatever Wendy's next promotion might be.
Posted by JustinM at 1:24 PM

Dang! I was hoping from the picture that they'd brought back the "hot and sloppy" patties that they used to have. I used to love them, but after not having one for years, I tried one and it was small and dry. I was so disappointed.

Was that actually a product?

What do you expect,it is a fast food place. I strongly feel that Wendys is trying to push for something new out to the public,because it has not had much success with past promotions. Despite such long comment, I will take my chances and critique such enticing new burger. By the way, go ahead and read up on how they make chicken nuggets, after such disgusting and disturbing process, I assure you, chicken nuggets will not be your first choice.

I'm well aware how nuggets are made. Thanks for the comments.