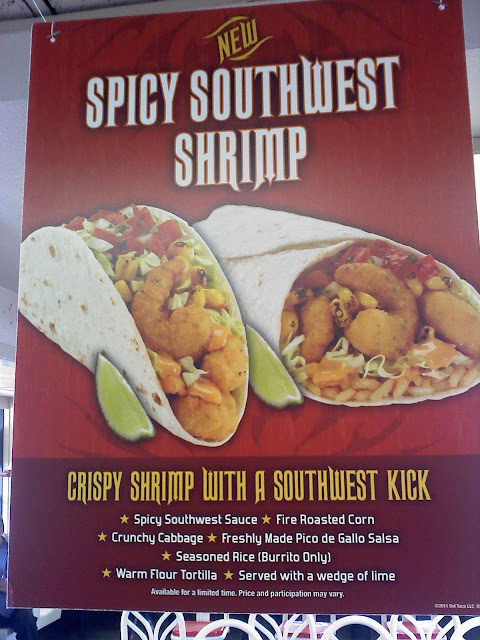 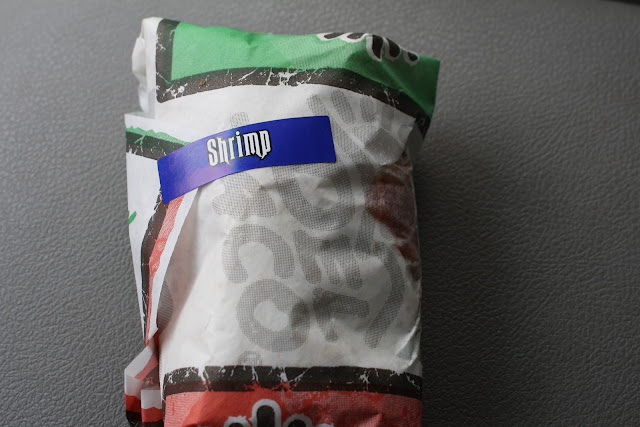 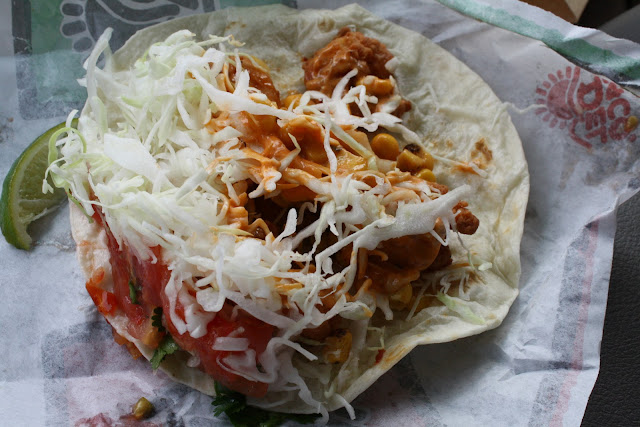 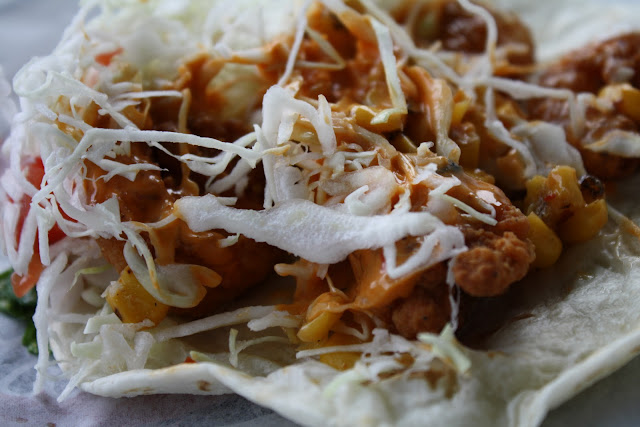 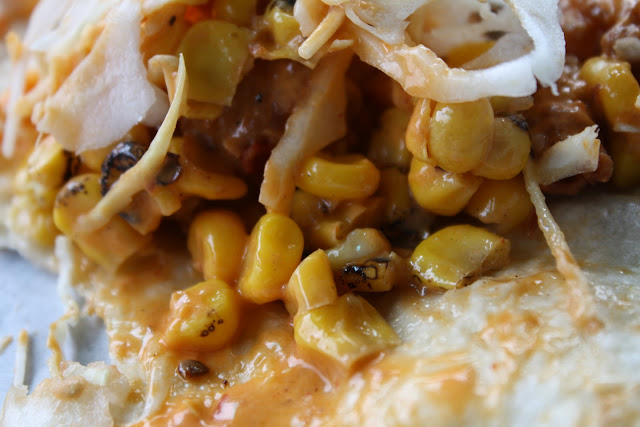 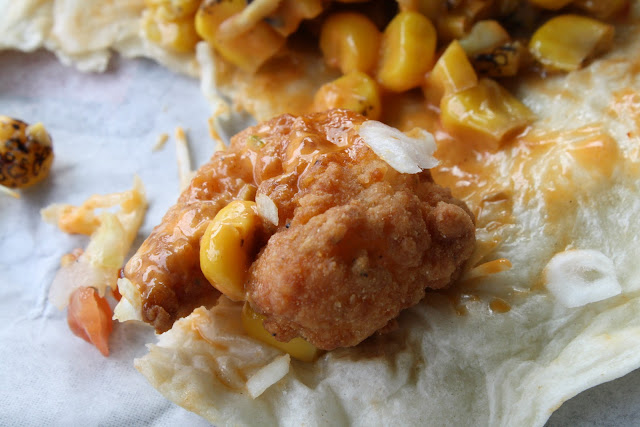 I'm always willing to try a new Del Taco promotion. Sure, I may not like it sometimes - like the Beefy BBQ fries or Big Fat Crispy Chicken Taco - but more often than not (which means more often than any other chain that regularly features promotions except perhaps Popeyes) I enjoy Del Taco's limited time offers.
A couple months back I tried the Shrimp & Fries that they are offering during Lent and was impressed, just as I usually am with Del Taco's shrimp offerings. So the other day when I received an email alerting me to a new promotion called "Spicy Southwest Shrimp," it was not hard for me to decide to give it a try. (The spicy southwest sauce reminded me of the Santa Fe chicken taco I ate at Del Taco almost one year ago to the day, which I loved.)
I ducked into Del Taco a couple days ago and ordered one. (With tax it cost $2.40; there is a two-taco combo with fries and a drink for six bucks.) It took several minutes to be ready, although even at the time I realized that as long as the wait meant they were frying the shrimp to order, I was okay with it.
I took it to the car so I could listen to a baseball game on the radio. It was tucked into a tiny roll, weighing only a few ounces, but when I unwrapped it, it was quite pretty. The ad promises "freshly made pico de gallo," and I was suspicous of that. It turns out there were plenty of pieces of chopped tomato on it. Which, of course, I dislike, so I removed it. But if you like pico de gallo, I think you'll be impressed with this.
Next in order of importance were the other ingredients: the cabbage, the fire roasted corn, and the sauce. All were good. The cabbage was fresh and crisp. The corn was sweet, with actual char marks on the kernels. And the sauce was tasty, with a slight kick that I would never call spicy, but delicious nonetheless.
But the most important thing was the shrimp. And once again Del Taco has come through: the shrimp were awesome - crispy, hot, meaty... everything you could want in popcorn shrimp. It blows my mind that a fast food taco joint can make fried shrimp that are every bit the equal of most restaurants. I don't know how they do it.
Often when I like a promotion from Del Taco I say "I'm definitely getting this again." And then I don't. It's not that I forget about it, it's just that there are only so many meals one can eat. And I'm not a kid anymore, I can't eat fast food all the time. (To be completely honest, when I'm not writing about a meal or product, I try to eat healthy meals to balance out all the stuff I do eat. Last night I had baked tilapia and spinach; two nights ago I had a hunk of cheese and a few pieces of roasted chicken.)
But I will be going back for another couple of these tacos.
Posted by JustinM at 11:04 AM

kinda shocked at how totally delicious this looks! I'm a sucker for any sort of seafood tacos. I really need to give Del Taco a chance!

Have you ever tried their fish?

Fritos: Too bad the closest Del Taco to NYC is in Ohio. I guess I could FedEx you some.

Michelle: I've had the fish tacos a couple times, they are nowhere near as good as the shrimp tacos. As far as the fish by itself, like in their "fish & fries" basket? No, I have not tried that.