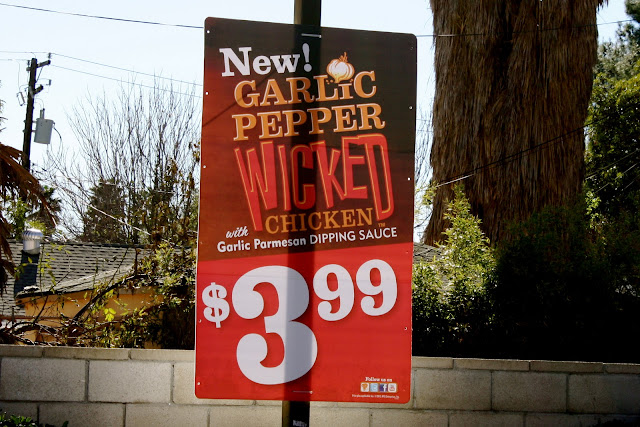 I've never been terribly observant. Years ago I sat in the New Orleans airport with my friends Hatcher and Carla, paying particular attention to Billy Blanks - he of Tae Bo fame - who was walking around the terminal in his Tae Bo jacket. Carla nudged me and asked me if I recognized the guy sitting immediately across from me. I did not. "It's Robbie Robertson," she said. One of the great musicians and guitar players of the 20th century and I never would have noticed if not for Carla pointing him out.

A couple of years ago I was living in an apartment building in South Pasadena and a nice kid lived downstairs. But he was a dozen years younger than I and we didn't have much in common, so it turned out I spent more time talking to his dad, Chris, whenever he stopped by to see his son. Chris was very friendly and we talked about football, music, life in Pasadena and various other things. Over the course of a year I probably spent an hour talking to him and he never once mentioned that he was a musician. A couple of months after his son moved out, the owner of the building told me: "You know who that was, right? Christopher Cross." Oh. The guy has an Oscar and a bunch of Grammys; no wonder he wasn't impressed when I told him I write a food blog about McNuggets that is viewed by for almost nineteen readers every day.

So yesterday afternoon I was waiting in traffic to turn right on Lake Ave off of Mountain - a pedestrian was crossing the street, talking on his cell phone and walking with all the urgency of a condemned man being marched to the chamber - and staring at a sign on the window of Popeyes. The only words to which I was paying attention were "Garlic Pepper." It wasn't until I turned the corner and saw another sign that I realized what I had been looking at the whole time: "Garlic Pepper Wicked Chicken with Garlic Parmesan DIPPING SAUCE."

It's not like I sit around all day reading trade publications to find out about upcoming fast food promotions. (Well, yes it is, but just roll with me here.) But I still usually hear about things before they come out, whether it's an email from a restaurant/fast food chain, or one of the great websites I have linked on the right of the page, especially The Impulsive Buy and Grub Grade.

So it's very rare for me to find out about a product after it comes out. To be honest with you I don't remember the last time it happened. Before yesterday.

Did I drive around the block and go back to get some? You know that I did.

I ordered the combo: the Wicked Chicken with fries and a drink, $5.42 with tax. I was surprised, almost shocked that they had the dipping sauce. (Lately it seems that Popeyes releases most of their promotions without the dipping sauce that they claim accompanies the product.) I asked if I could have another and she gave me one for free. 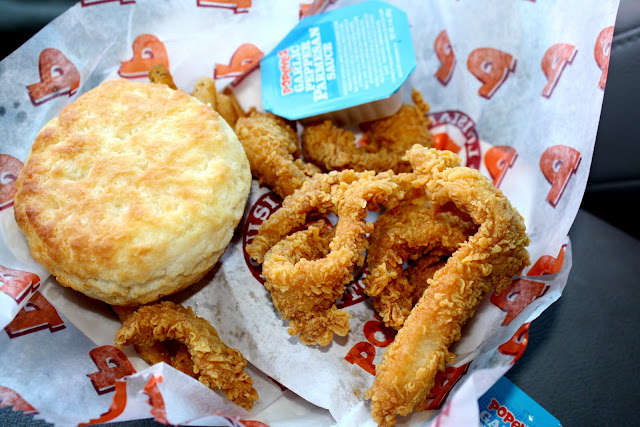 It has been said by others and echoed by me that the quantity of product in Popeyes' promotions continues to get smaller as each year passes. (The diminishing number of crawfish in my beloved crawfish po' boy that comes back into my life every October, an annual event I anticipate as much as anything save Opening Day, is a prime example of this.) And this was no exception. There were seven pieces of chicken. I can't really say I felt ripped off by a lunch combo that cost five bucks, but I felt like there should have been a little bit more chicken here. 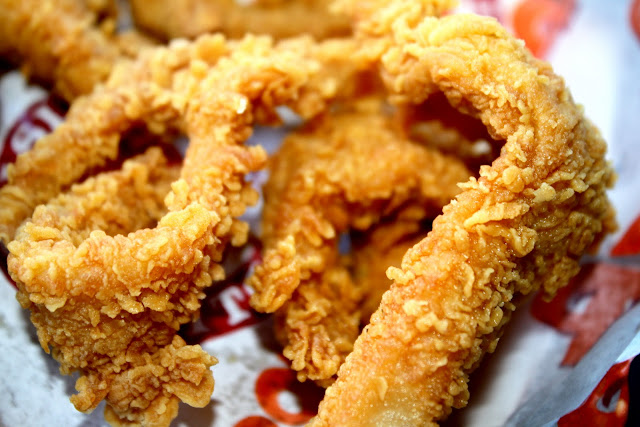 But I'll be honest: it was still awesome. (Besides, there are quite a few fast food chains that skimp on portions. I've had the largest size Chicken McBites twice now, and both times McDonald's hasn't come close to filling up the box... and those McBites are nowhere near as good as this chicken.) The pieces were so hot that I slightly burned my tongue on one of them, even though, after I'd carried the food to my car and then taken a bunch of pictures, it was several minutes removed from the oil.

Now, the garlic pepper flavor? Well, the chicken had spice to it, but not very prominently. Popeyes advertises this chicken as being marinated in "roasted garlic and cracked pepper." I'm not entirely sure how true that is. It tasted salty more than either of those two flavors, although they were both still there in part. 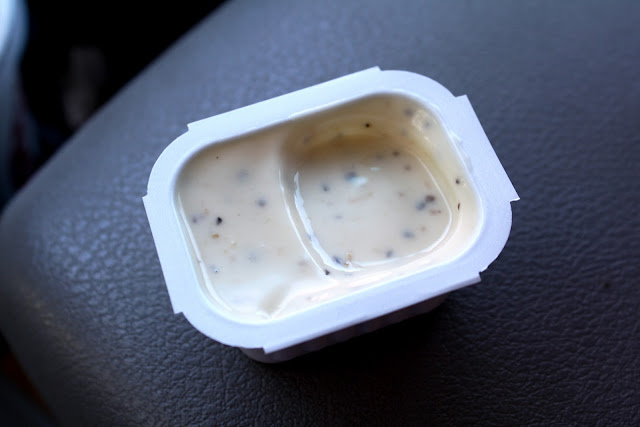 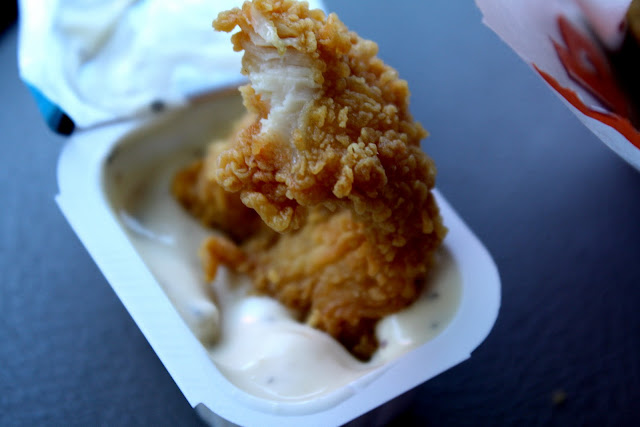 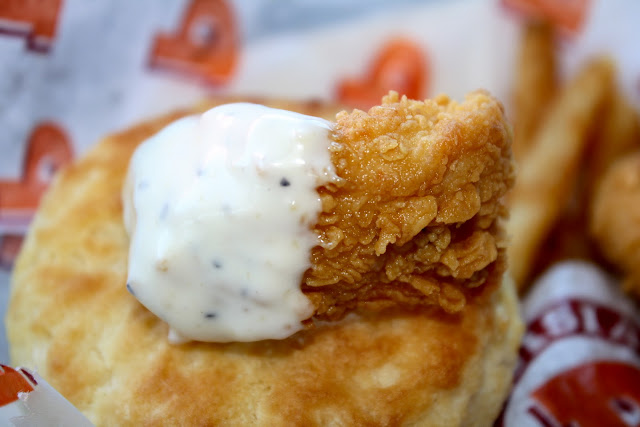 The Garlic Parmesan dipping sauce definitely had garlic flavor, though. It was creamy, like a buttermilk sauce, but the Parmesan flavor was there, too. I didn't think it had enough garlic flavor, but you have probably guessed by now that I say that about everything. (I once put chopped garlic on bastrurma; I once put Zankou garlic sauce on a f**king donut.)

I have written this before but I will write it again because it bears repeating: more than any other fast food chain - with the possible but not definite exception of Del Taco - Popeyes releases great promotions. The Garlic Pepper Wicked Chicken is yet another one.
Posted by JustinM at 10:00 AM

I love your writing. What exactly do you do?

They say I shot a man named Gray and took his wife to Italy. She inherited a million bucks and when she died it came to me.

I want the biscuit. It looks better than the fried centipedes.