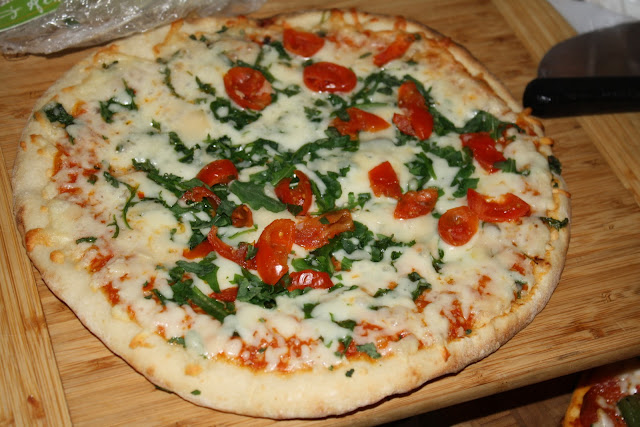 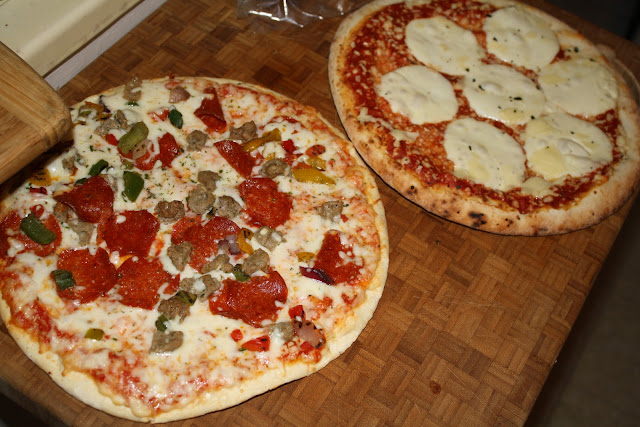 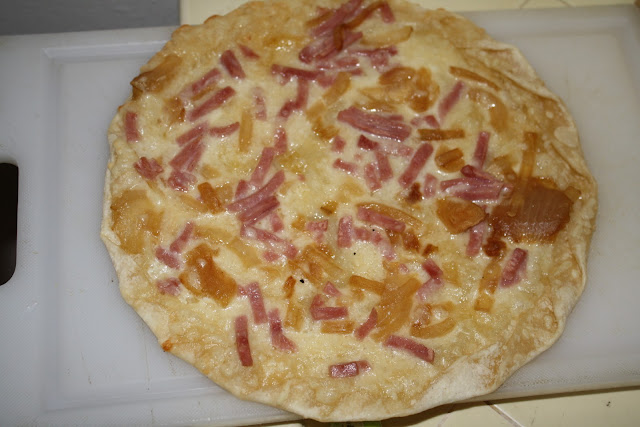 My friend Murph lives in a beautiful condo in Old Town, with a great kitchen, but I think that in the three years he has lived there he has only used the kitchen once. Most nights he gets a slice of pizza from one of two places. One of them is just not good pizza; the other is decent, nothing special, and laughably overpriced.

I wanted to show him that he could get keep a few Trader Joe's frozen pizzas in the freezer - it's not like there's anything else in there - and cook them up whenever he feels like. So I invited him over last night to join me, Elizabeth and Tim for dinner.

I cooked four of my favorite TJ's pizzas, all of which you have seen here before: the Tarte D' Alsace, with caramelized onions and ham, the arugula pizza, the Margherita, and the Pizza Parlanno. 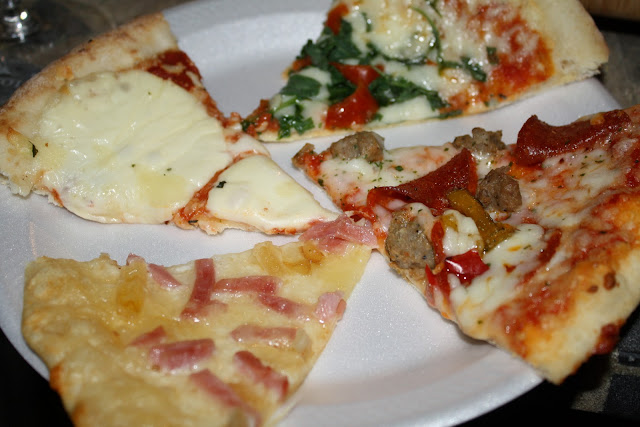 Murph thought they were all very good, as did Tim. (I don't think Tim had ever eaten TJ's frozen pizzas before either, but he is fully capable of cooking himself dinner, so this little experiment wasn't about him.) 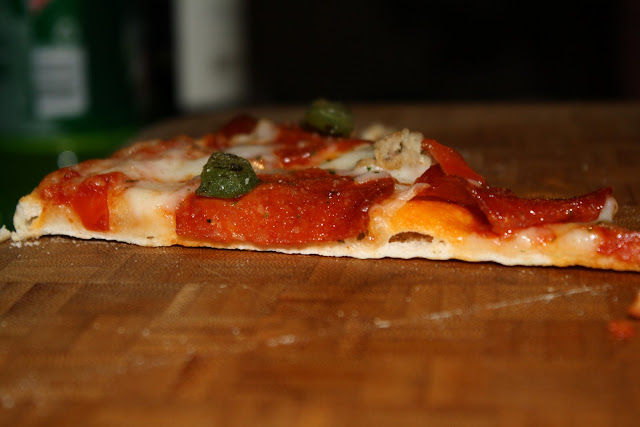 I didn't ask whatever everyone's favorite was, but the Pizza Parlanno (my favorite) was the only pizza of which every slice disappeared.
Posted by JustinM at 12:03 PM