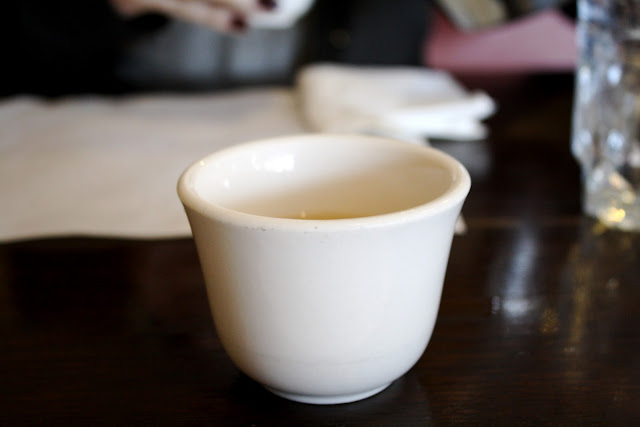 Have we been spoiled this winter? Perhaps a little. Saturday morning was overcast and cool and we were both disappointed. I mean, sure, it's the middle of January, but the run of weather we've had for the last three weeks has been pretty spectacular. I love the cold as much as anyone, but when it's a sunny, 80-degree January afternoon, it's hard not to be pleased.

So we decided to head to Golden China for some cold weather food. We got there only a couple of minutes after noon, which is when they open on the weekends. There were already several other tables occupied. 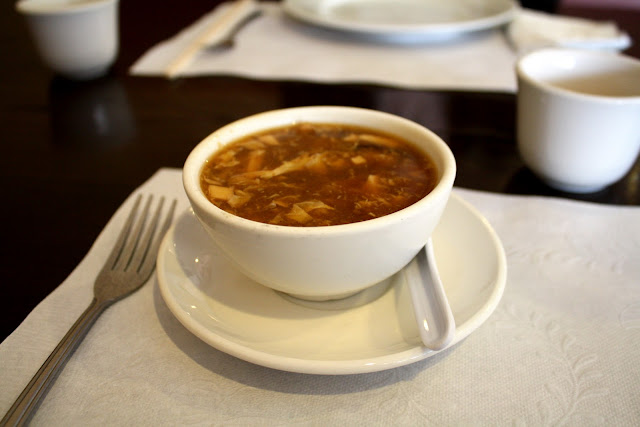 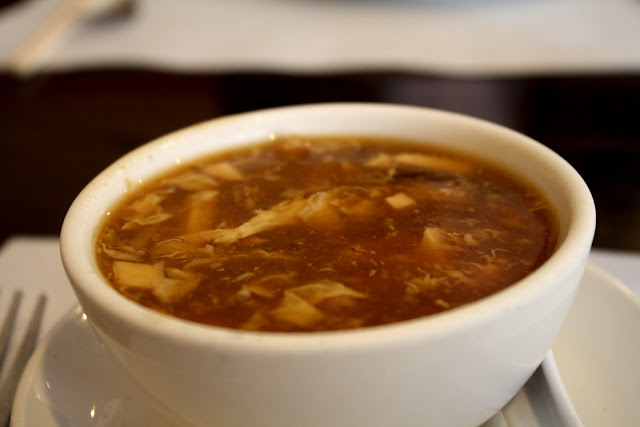 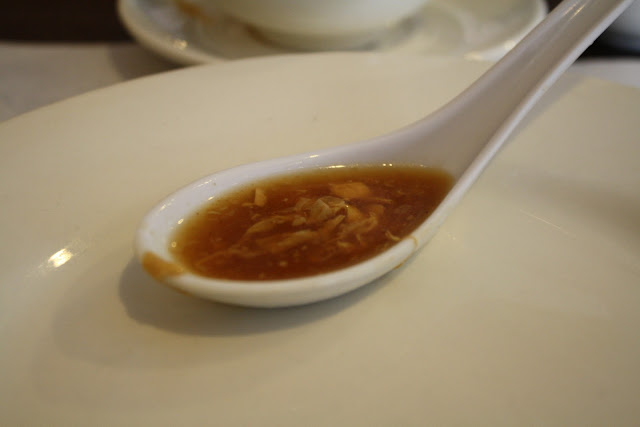 I've had the hot & sour soup dozens of times at Golden China, and it's almost always good, but this was the best I have ever had. (I gave Elizabeth a taste and she agreed.) Maybe they make it fresh in the morning so that's when it's at its best? I dunno. But this was so good I thought about ordering more. But did not. 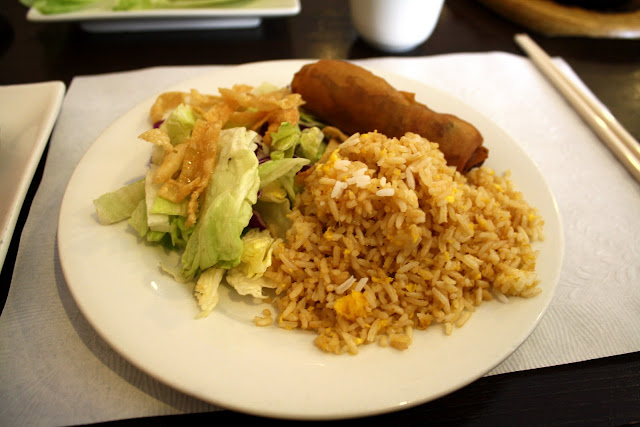 If you've been a reader for a while, you know that all lunch specials at Golden China are preceded by the soup and a plate of rice, salad and an egg roll. All of them good, although the salad was curiously devoid of dressing on this occasion. 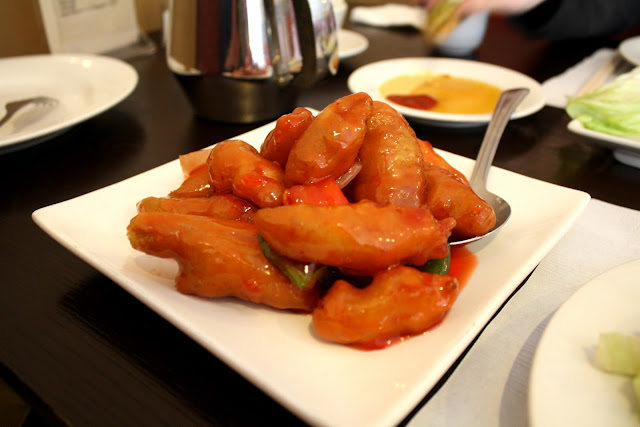 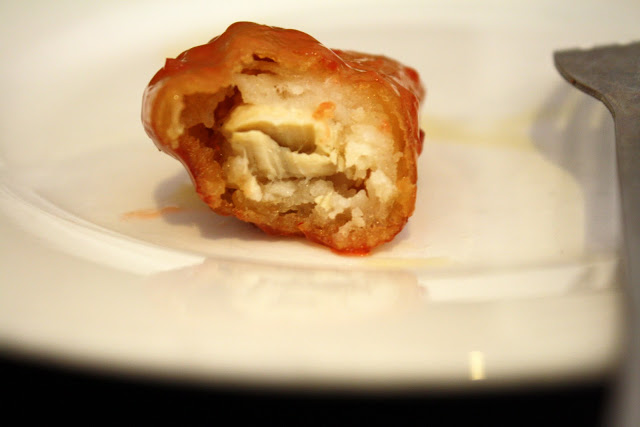 I opted to get the sweet & sour chicken: crunchy, battered pieces of white meat chicken that are very tasty. The sauce, as usually happens with this dish, was all sweet and no sour, but kissed with Golden China's hot mustard they are much better. 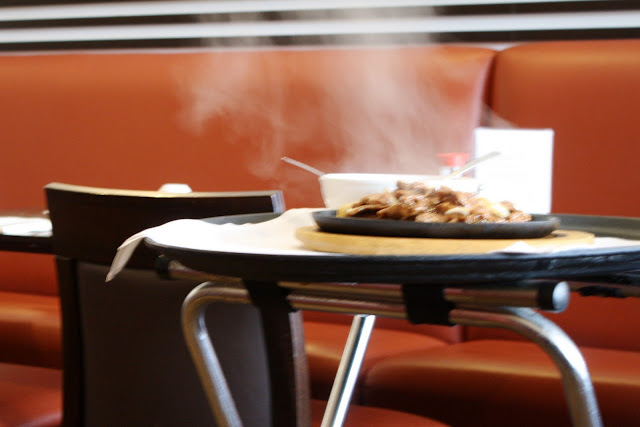 Elizabeth's favorite dish at Golden China isn't available as a lunch special, but she gets it anyway: the sizzling steak with black pepper. The steak and veggies are brought out in a bowl and then unceremoniously dumped onto a sizzling hot plate. Hence the name. The above picture isn't very good but I'll tell you why: when the beef is added to the plate it hisses like a cornered cat and the steam rises all over the place. Every table within 25 feet turns to look. I was trying to be inconspicuous with my photo-taking, which is hard to do when everyone is looking at your table. 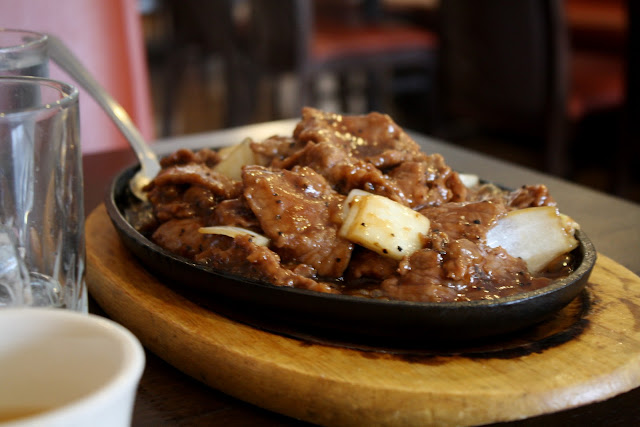 Once the steak cools down a little - the plate never does - the aroma of meat and black pepper is intoxicating. 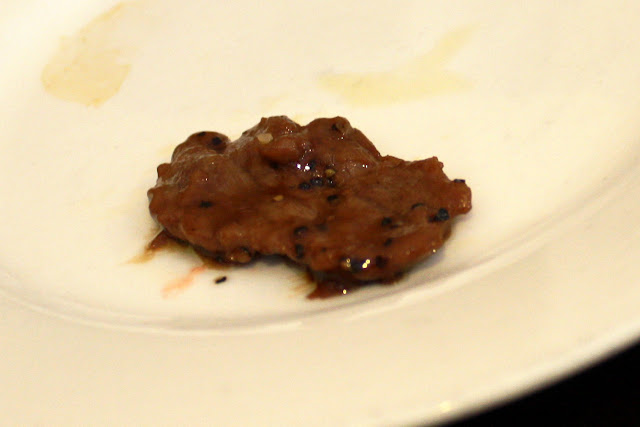 And the flavor of the black pepper is wonderful. The sauce is a little too sweet for me to love it, I wish there was some more spice to it, but I suppose it does a good job of staying out of the way to allow the black pepper to shine through. 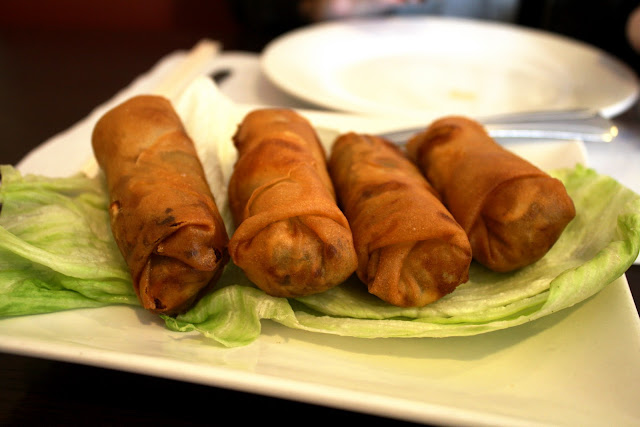 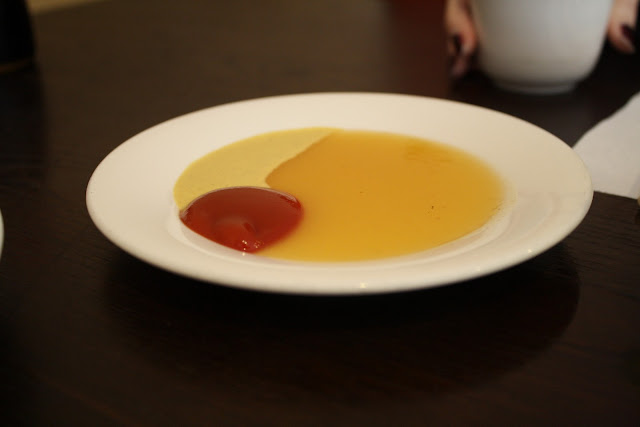 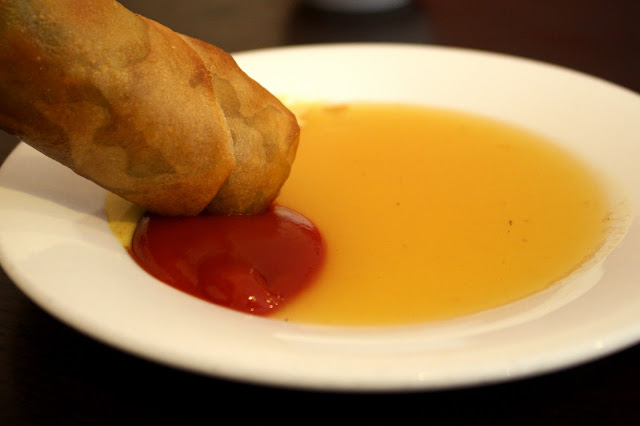 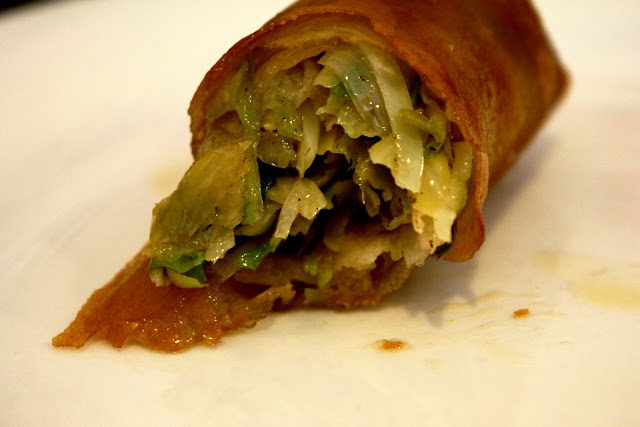 She also gets some egg rolls to supplement her meal, which is fine by me, since she can't eat four of them so I always gets another egg roll, sometimes two. Golden China's egg rolls aren't anything fantastic, but they are always hot, which means they are always acceptable. I like to drag them through the hot mustard, duck sauce and sweet & sour all at once.

As usual, there were enough leftovers to serve as dinner.
Posted by JustinM at 8:00 PM