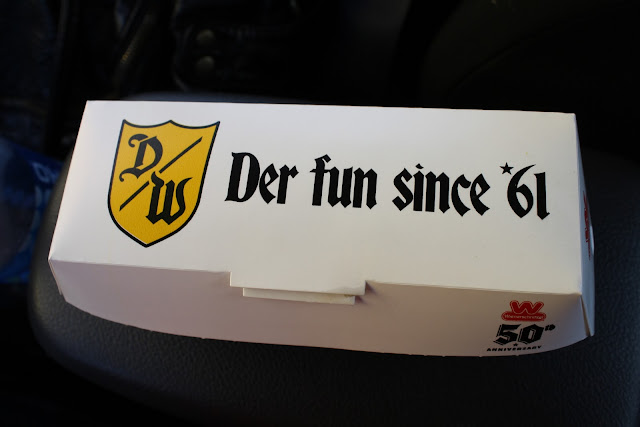 Years ago, a friend passed on a link to the website Dead Wrestlers. It would not be accurate to say that professional wrestling was a big part of my childhood, but there was about a year and a half when I was addicted to it. I would watch as much as I possibly could. It had been more than fifteen years since I'd even thought about professional wrestling, so it's not like I would have noticed, but seeing all the names of dead wrestlers - most of whom died in their 30s and 40s - I'd once spent a lot of time watching was sobering.

Why do I bring this up? Because one of them was the Junkyard Dog. He was never one of my favorites, but I liked the way he entered the ring: with a chain attached to a dog collar around his neck, Queen's "Another One Bites the Dust" blasting on the sound system.

So I thought it was really cool to learn that Wienerschnitzel named their newest hot dog after him.

Okay, I have to admit, that's probably not how they came up with the name. But when I heard about the dog, topped with chili, cheese, grilled onions, fries and mustard, he was the first thing I thought of. My next thought was: I have to eat one. Soon.

But that proved hard to do. I went by three different Wienerschnitzels and none had the hot dog. Yesterday I said to Elizabeth "Let's go for a drive and not stop until we find that hot dog." She said sure. As it turned out, they had it at the first location we stopped by. I ordered one Junkyard Dog, $1.99 plus tax. 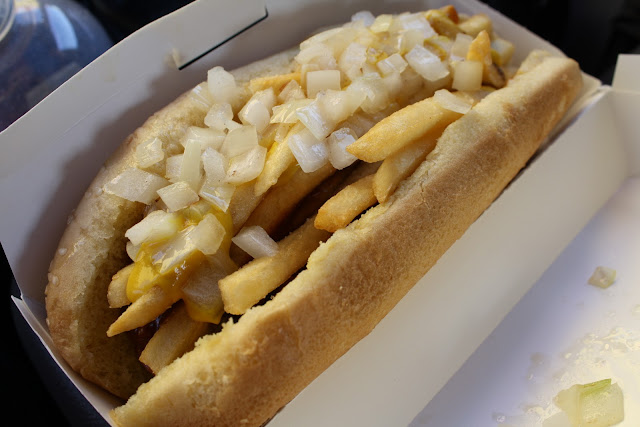 I saw two things wrong with the dog at first glance. I didn't see any chili - although I imagined it was probably buried somewhere under there - and the onions were not exactly grilled. (They were diced and slick with oil, so it's possible they were thrown on a grill for a minute, but they were a far cry from the soft, grilled onions that appear in the promotional picture for the hot dog.) 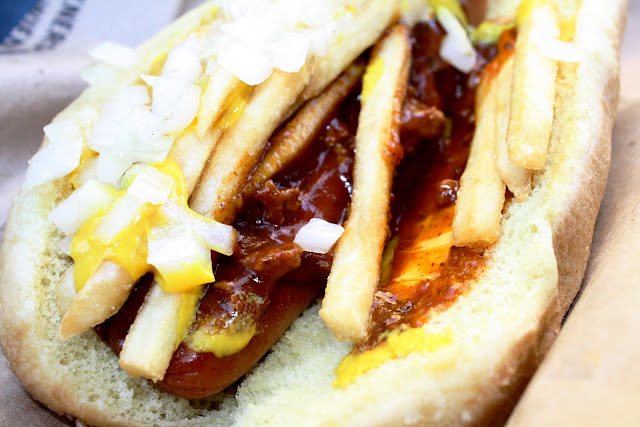 The chili was there, spread along the wiener, but there wasn't very much of it. And I couldn't tell if there was any cheese. Should I complain too much about a hot dog that only cost $1.99? I suppose not. 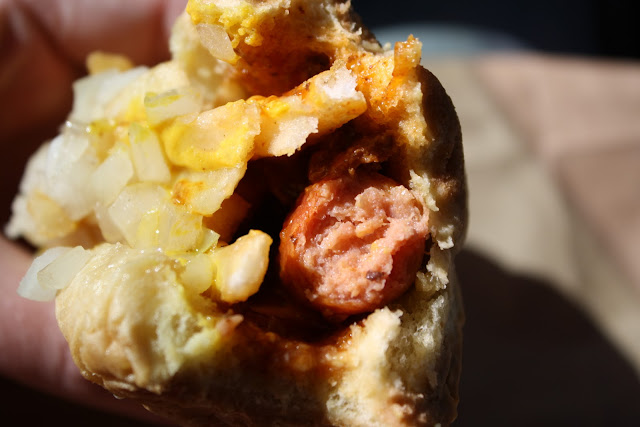 It was still decent. The fries didn't really add anything, but they didn't detract from the overall flavor. It's just a simple, slightly chili-tasting hot dog. 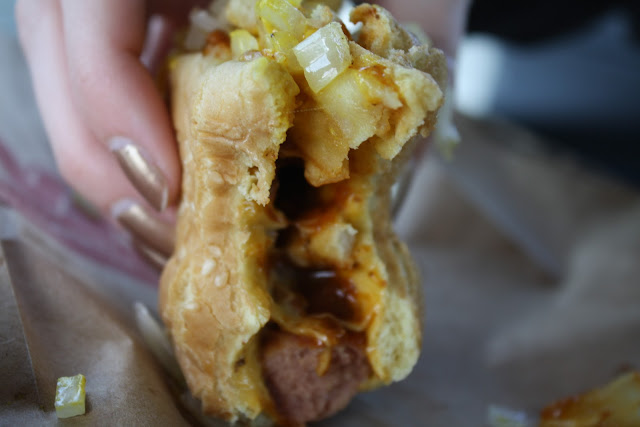 I gave Elizabeth a bite. She agreed with me. "It's not bad," she said. "It's better than it looks."

I like Wienerschnitzel's angus hot dogs; if they offered the Junkyard Dog with one of those thick wieners and added more toppings, this could be a great dog. The one I had, however, was just okay. The idea sounds better than the actual execution.
Posted by JustinM at 10:45 AM

I love wienershcnitzel chili. It is so boring, but absolutely nostalgic for me. I just came back from eating great chili dogs, but I would give anything for that chili dog for lunch today!

i had one this weekend. too mustard-y for me. i agree about the fries. overall, as you said, its an okay dog.

i grew up watching wwf too. i wonder what happened to the vanilla gorilla.... he went to my high school. cool name for a hot dog, and good scoping... yeah $1.99 doesn't merit too much dissin!

the hot dog looks bomb to me; relax it's effing wienerschnitzel... you're a fag and this blog is stupid.

Yawn. Another anonymous tough guy. How come you guys never use your names? (Rhetorical question - we both know the answer.)

Its freaking Goooooooooood!!!!!! Makes me want to watch wrestling. Lol

I get it without the onions and with mayo... actually I haven't tried the dog but the junkyard chili cheeseburger was awesome