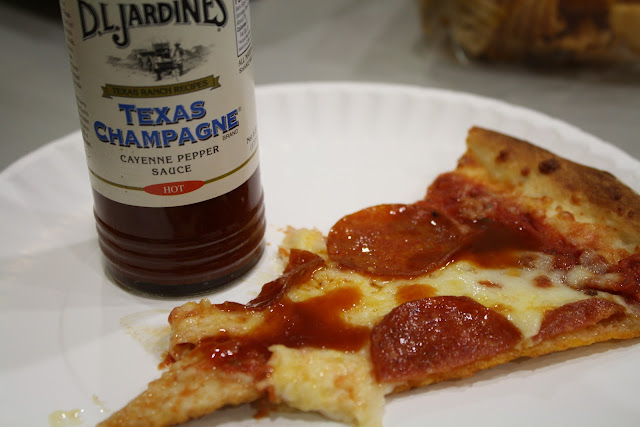 1) I used to work with a guy who loves hot sauce as much as I do, though his loyalty to Tapatio was strongest. When I first told him about Texas Champagne, he laughed and thought it sounded ridiculous. So one day recently I bought him a bottle and ordered a pizza. He admitted it's actually really good on pizza. 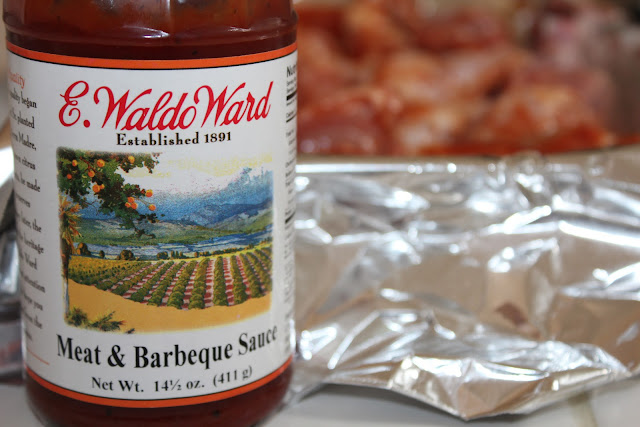 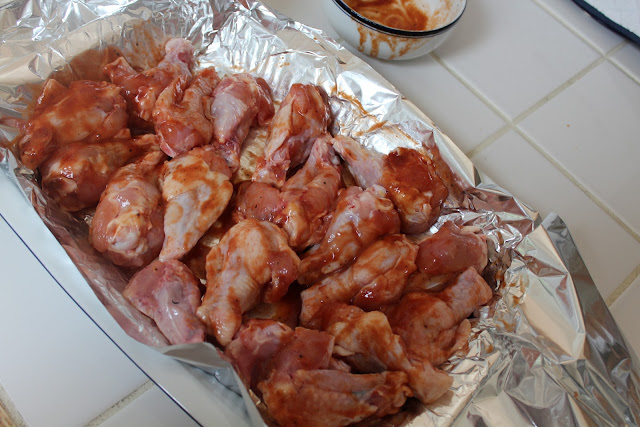 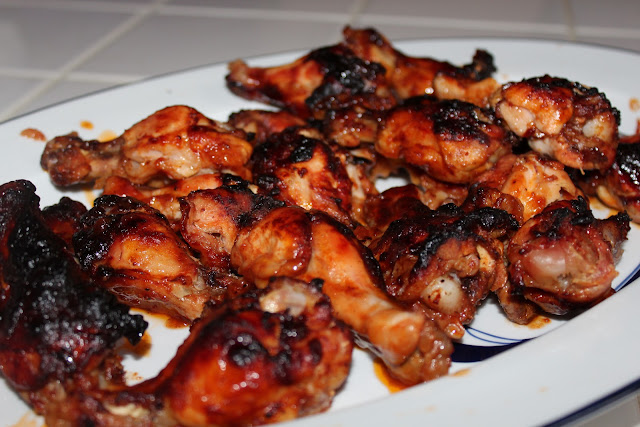 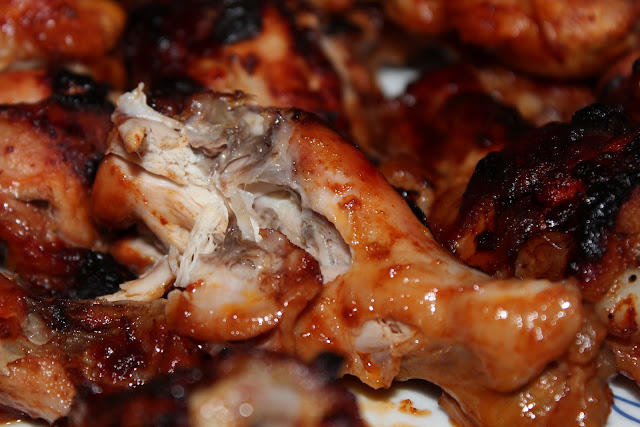 2) Although I'm not a fan of chicken wings, I made these at my parents' house, using a mix of butter and E. Waldo Ward's barbecue sauce. I tried one and it was actually decent. 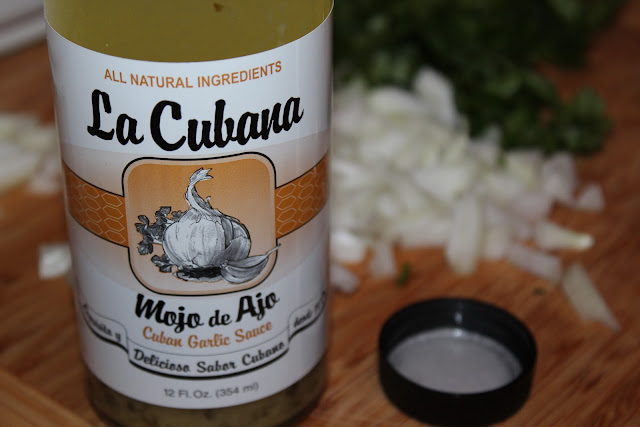 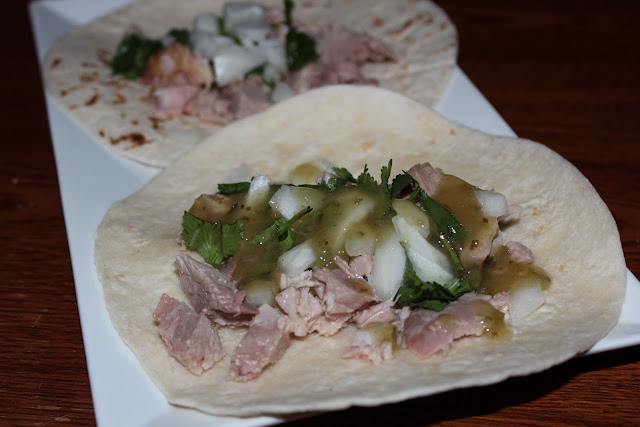 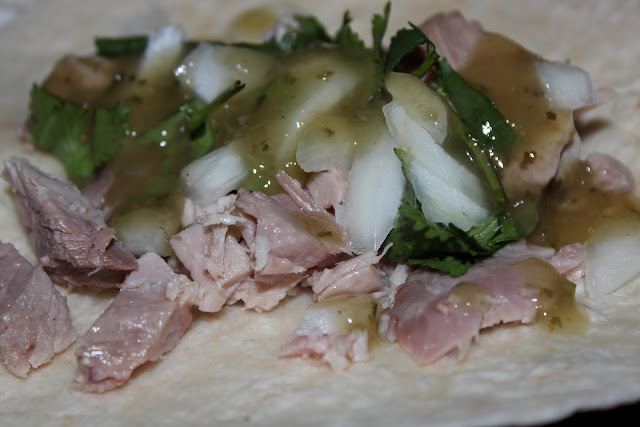 3) This Cuban garlic sauce sounded intriguing so I made carnitas and added it to the tacos. It was certainly garlicky, however it mostly just tasted like oil. (That's all it really is; I think the bottle has more than two thousand calories in it.) 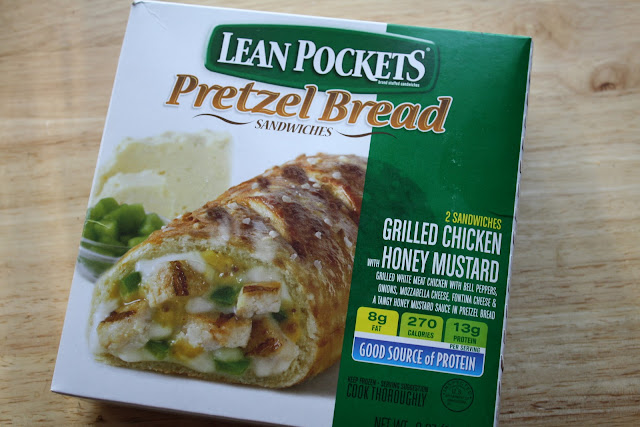 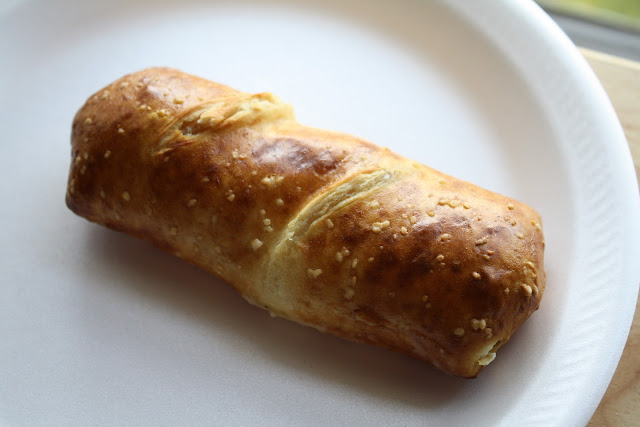 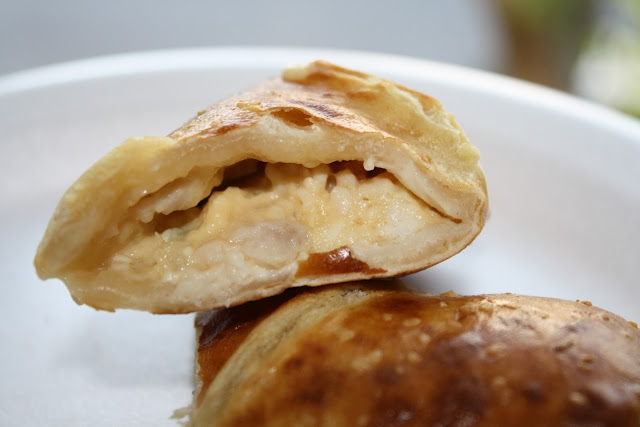 4) I don't eat a lot of Lean Cuisine. I always end up dousing whatever entree I try in hot sauce to give it flavor. But this pretzel bread sandwich might be the best Lean Cuisine item I have tried. The grilled chicken was flavorful and the sauce was tangy. I will definitely get these again. 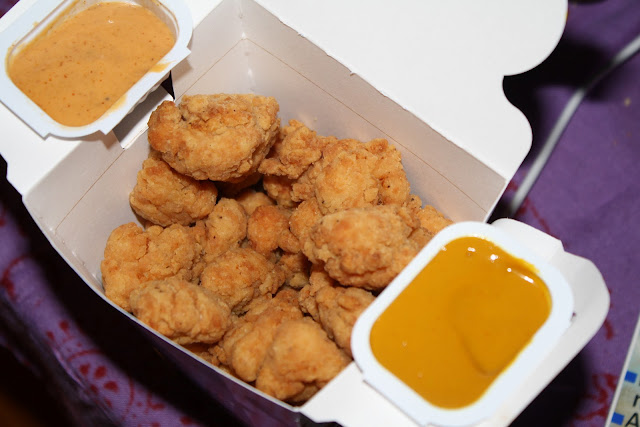 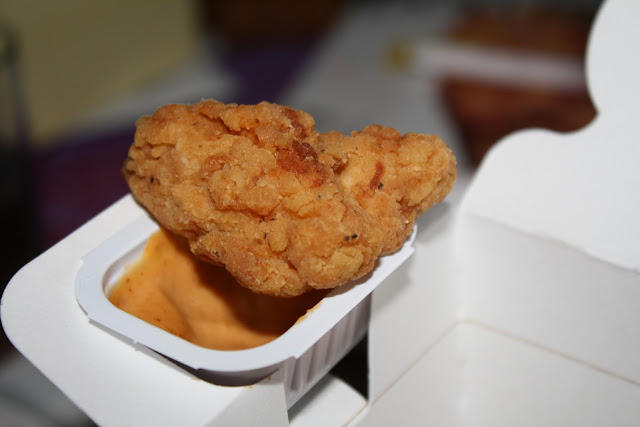 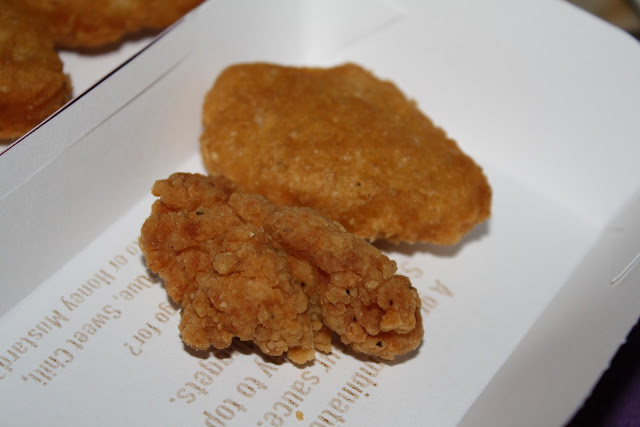 5) Although I ate McBites a few times when they first came out, I quickly stopped, for two reasons: at the McDonald's closest to me, they were only giving me containers that were between 50 and 75 percent full. And what remained of that had far too many tiny pieces that were mostly breading and no chicken. But on a recent trip, when I decided to give the McBites another try, I got a box that was full of big pieces. Elizabeth had gotten McNuggets so I took a comparison picture. 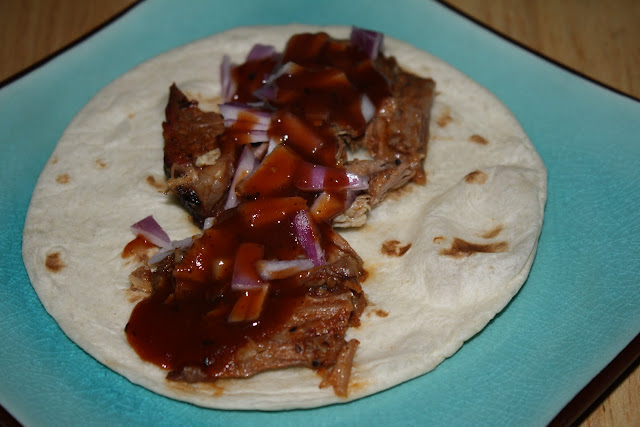 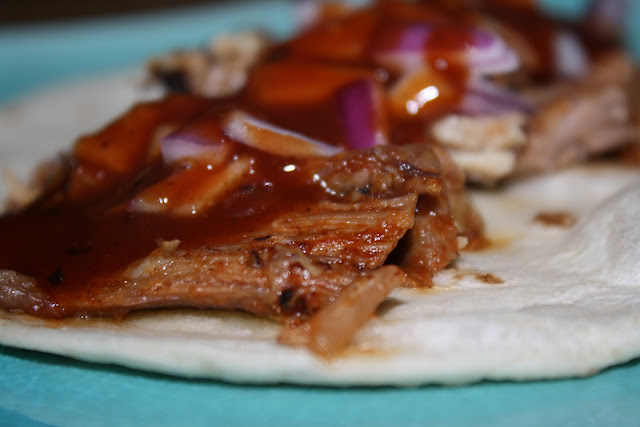 6) I took the leftover brisket I had from my trip to Zeke's and made a taco with red onion and Rudy's barbecue sauce. It was an outstanding taco. 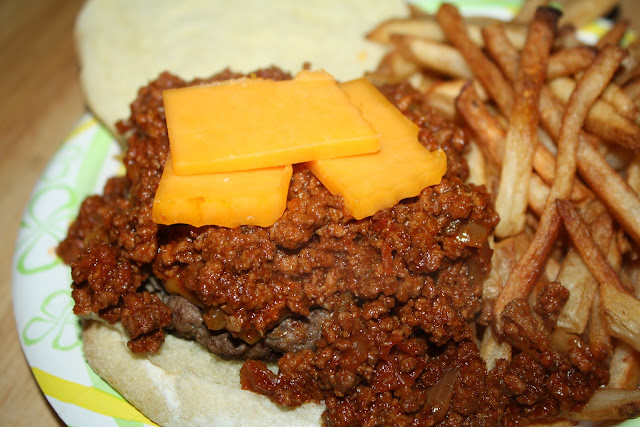 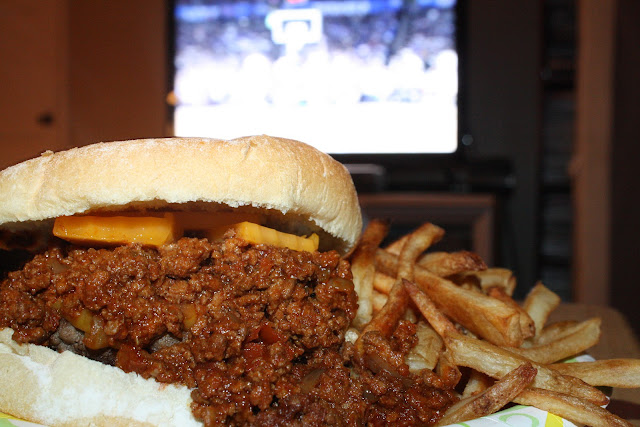 7) Very few things are better on a cold winter night than a chili cheeseburger and a basketball game on the TV. 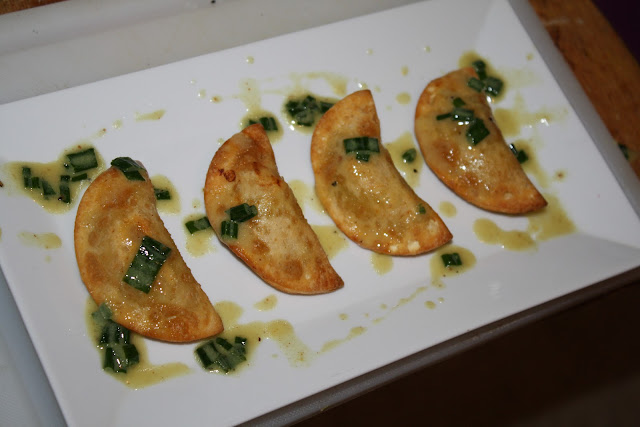 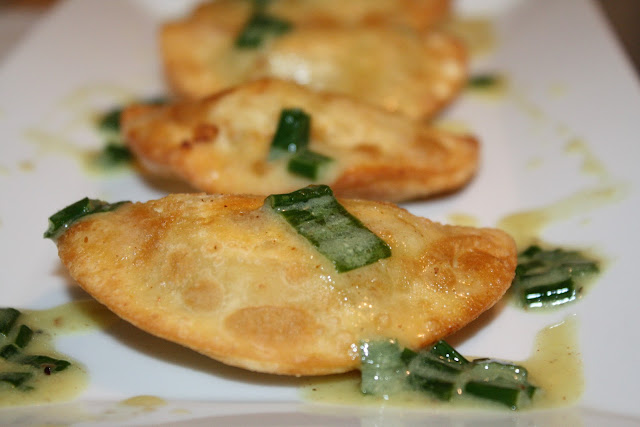 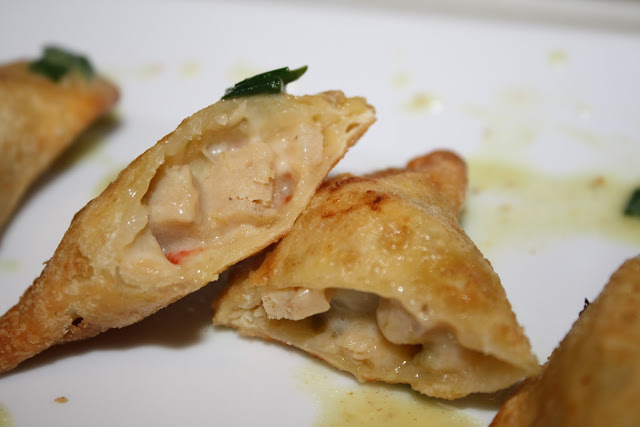 8) Those frozen empanadas I get at Vons for two bucks per box are always a great snack. The best part about them is deciding what kind of sauce to use. Sometimes it's just sour cream, sometimes it's a corn salsa. On this occasion I made a sauce out of mustard, vinegar, oil, black pepper and green onion. It is my favorite sauce yet for the empanadas. 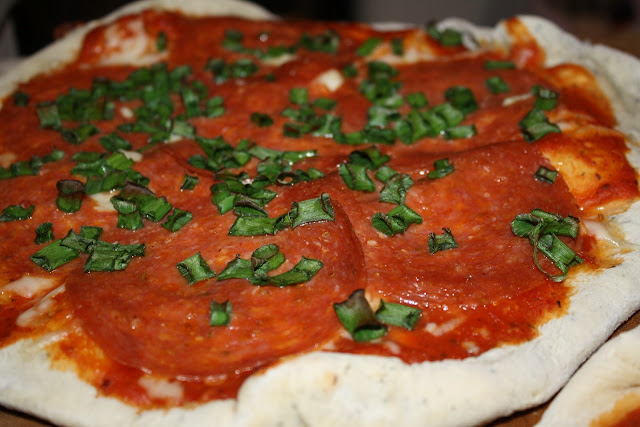 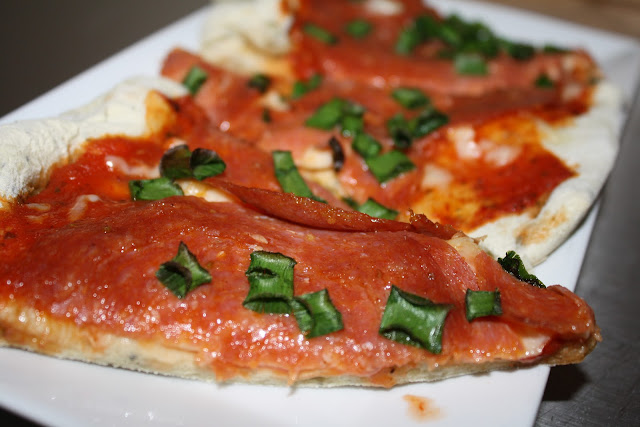 9) I will never stop creating homages to La Fornaretta's Mt. Etna, even though I doubt I will ever make anything as good. I used large pepperoni ("sandwich pepperoni" read the label when I bought it) and green onion. It was good, of course, but it was no Mt. Etna. 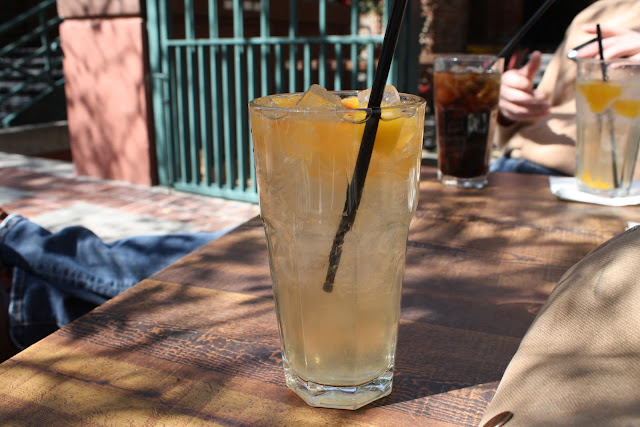 For years - I mean at least eight years now - I have told Murph that The Shield is my favorite television show of all time. He just never listened. Finally, about a month ago, he borrowed some of my DVDs of the show just to have something new to watch. He became addicted. He was watching at least five or six episodes per night and he burned through all six seasons in just a couple of weeks.

But I never got around to buying the seventh and final season. Murph looked around for it but couldn't find it anywhere. But I was able to find it out in Glendora and I drove out there to buy it. Murph was so thrilled (I'm not exaggerating when I say it was one of the five happiest moments I have ever seen him) he insisted on buying me lunch. So we met at Bar Celona to have a sangria. And then we decided to eat lunch there. 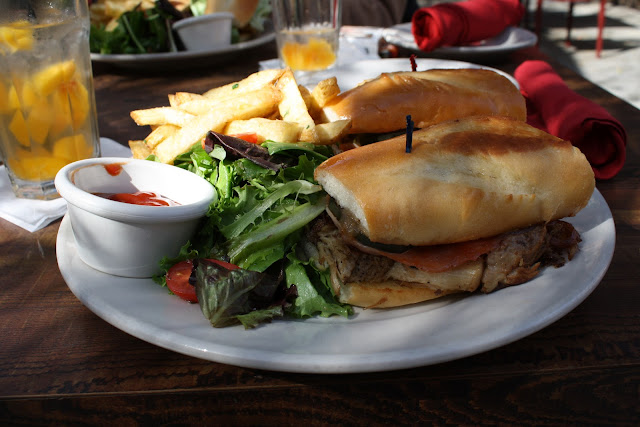 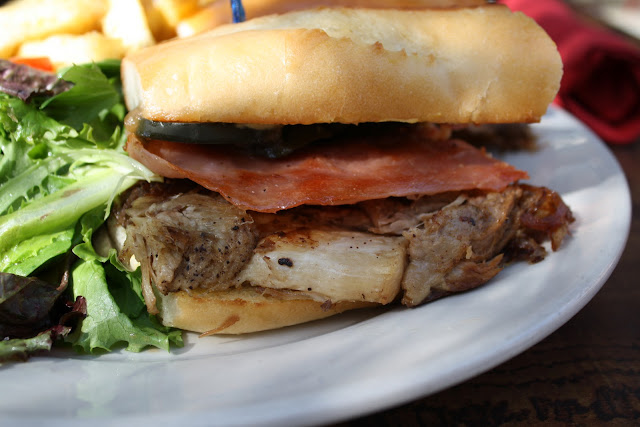 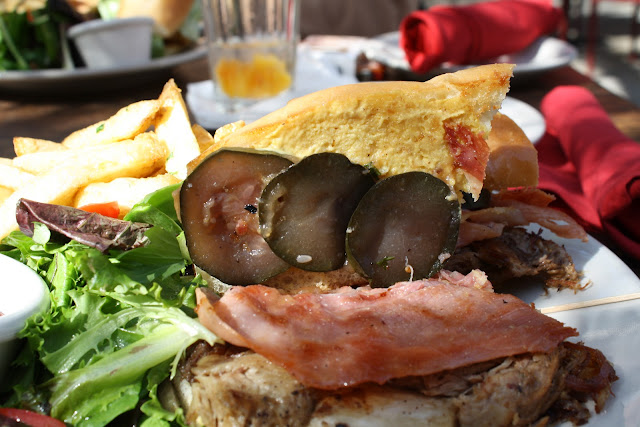 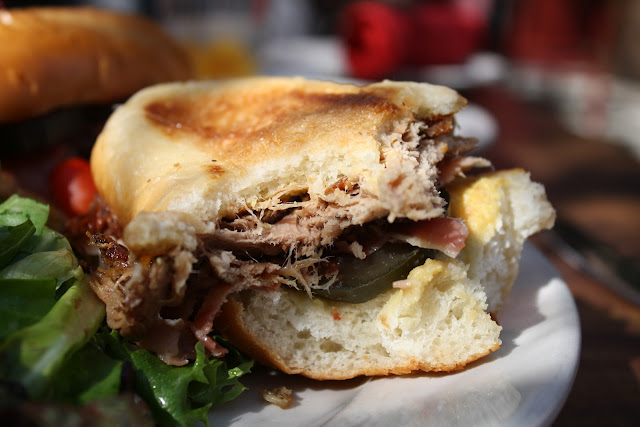 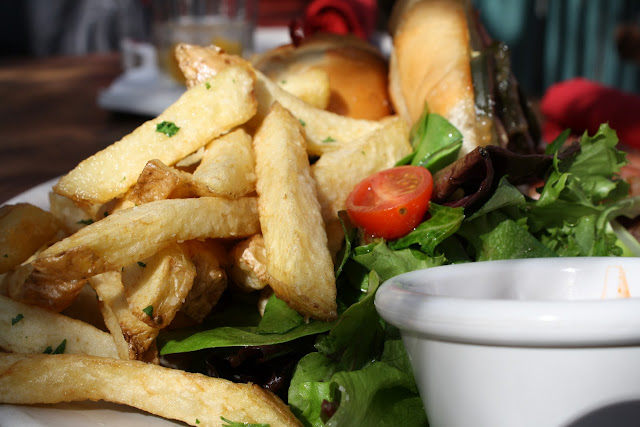 I had the Spanish Cuban sandwich: pork belly, ham, pickles and mustard. It was really good. I have never been a big fan of Bar Celona's food, but their sandwiches have gotten pretty good lately. 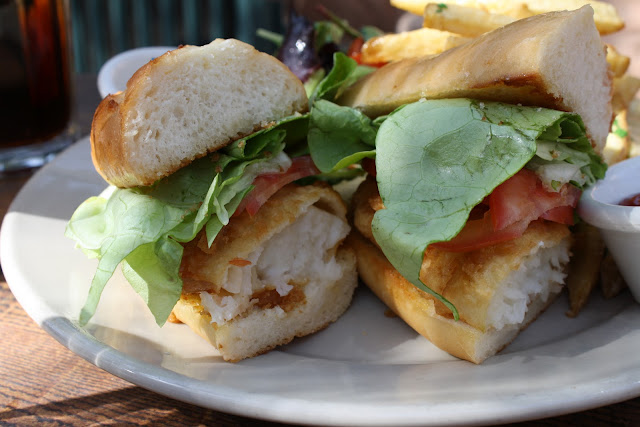 Murph had the fried cod sandwich (without tartar sauce, of course). I was impressed with how it looked: juicy, white pieces of cod in a crispy batter. He offered me a bite but I said no thanks. I think I will get this sandwich myself next time.
Posted by JustinM at 12:05 PM

Theme for this post is big: big pepperoni, big McBites,

pp- did u cook the chicken wings in the oven or on the grill?

So, for a guy who ha snever had a Lean/Hot Pocket...Pretzel good enough to go for?

What game you watching?

Anon: Oven. I usually burn wings on the grill, especially when there is butter.

Adam: Yeah, if you find a pack on sale at Target for two bucks like I did!

Anon: Different brands, but Nestle makes both, so not "totally different companies." Although I admit my wording was incorrect and I should not have called it the best "Lean Cuisine item I have tried."

Did you ever go to La Fornaretta on Mission? We miss that place SO much. It was within walking distance. Have you ever made a pilgrimage to their new location north of Sacramento?

Nope, I only went to the Old Town one, but there was a time when I went there a LOT.

I have not been to the Newcastle location. I had a plan to take Elizabeth there in January but our cat got sick and we didn't want to leave him for the weekend.