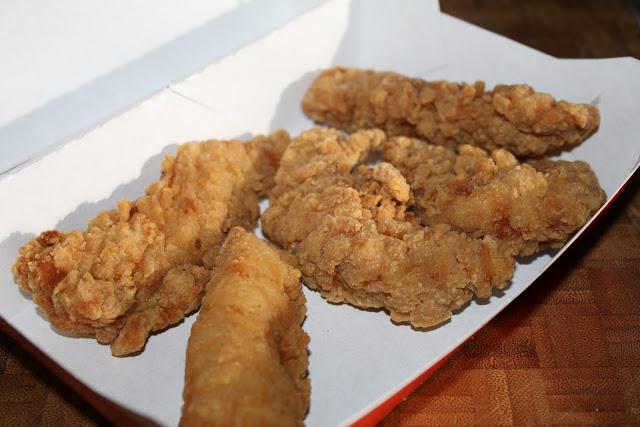 It had been a long day of packing. I had something I had to do starting at 8:30. The season finale of The Walking Dead was on. I did not feel like making dinner, even though I had something good planned. When Elizabeth said she could go for an Original Chicken Sandwich from BK, I thought Well, they do have new chicken strips I could try and then write about.

So I headed up there and got myself a five-piece order for $4.99. I was extremely underwhelmed when I opened the package. Each strip was about the length of a finger. A little thicker (though not thicker than my finger the time it got bitten by a Brown Recluse spider, but that's a story that could make even the most gore-loving Walking Dead fan a little squeamish) but not impressive by any means. "Does this look like it's worth five bucks?" I asked aloud. 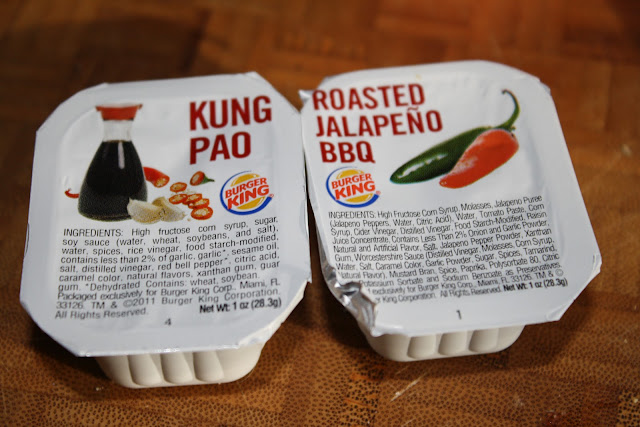 But I won't lie, the thing that excited me more than trying the chicken was trying these two new sauces: Kung Pao and Roasted Jalapeno BBQ. 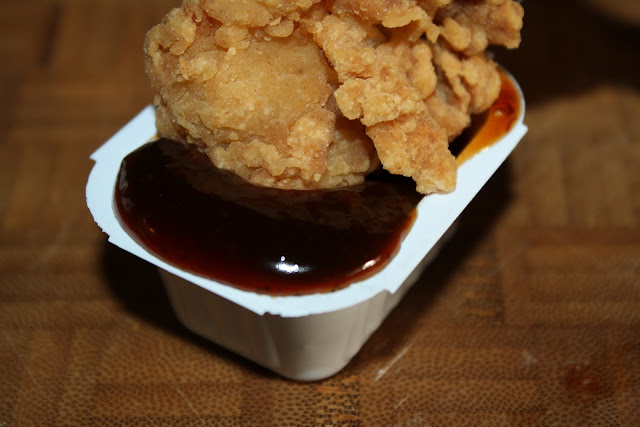 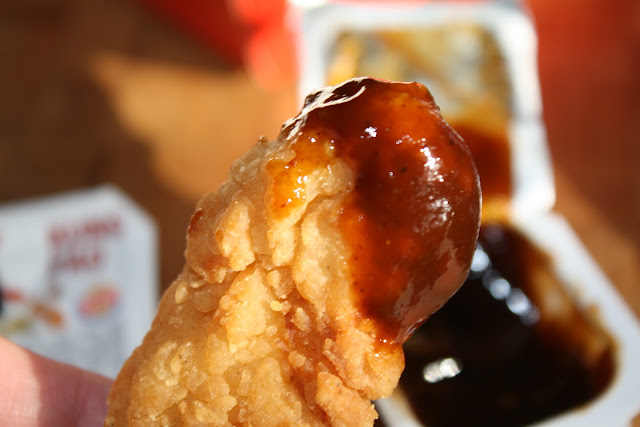 The roasted jalapeno sauce was delicious. It tasted like a regular barbecue sauce at first, but the unmistakable spice of jalapeno crept up after a couple of seconds. As much as I dislike Burger King most of the time, I do appreciate their sauces: their Zesty sauce placed highly in my fast-food-condiment tasting last summer, their honey-mustard is one of the few fast food honey-mustards that doesn't taste only of mayo, and their regular barbecue sauce is one of the only ones that doesn't taste like glorified ketchup. This is yet another good sauce they have added to their arsenal. 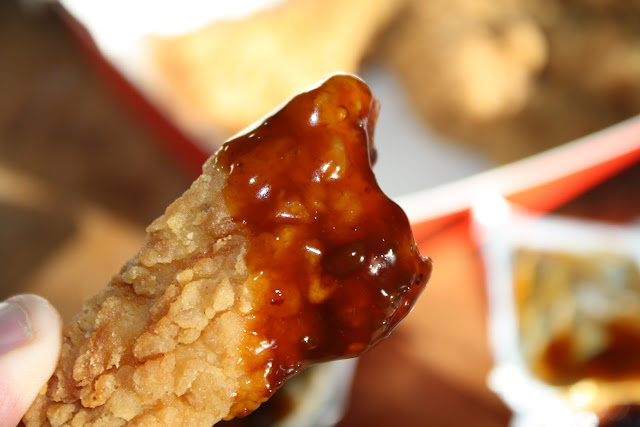 I can't really say the same for the Kung Pao. At first bite I recoiled, the taste was so sickeningly sweet. Elizabeth actually asked me "What's wrong?" when she saw my face. But, much like the jalapeno BBQ sauce, a spiciness sneaked its way in. I have probably never had a sauce that tasted so nasty at first and then turned itself around. However, that initial taste was so unpleasant, I don't think I will try this again.

I love the fact that Burger King has come out with an Asian-inspired sauce. I don't understand why more fast food places don't try this. (If you've been a reader of mine for a while, you've seen me try multiple times to get McDonald's to bring back Shanghai McNuggets.) So I give them credit for that, just not the execution.

As for the chicken strips themselves? Well, they are much better than Burger King's chicken "tenders" that they reformulated last year and are basically just nuggets. (Other than the Carl's Jr. turkey burger, those were the worst fast food item I have tried in years.) But these new strips were too much breading and not enough chicken, so paying one dollar a piece for these just felt like a complete ripoff. I won't be getting them ever again.

Wow, moving! I read in your Firefly post about it, but finally managed to comment. It's very exciting and I am sure you will be going crazy with all the burgers and interesting sauces to be found around town. I wish you guys the best of luck and glad you didn't die from the ultra sweet Kung Pao sauce. Looking forward to your post across country and good luck with the rest of packing!

I think for many, a sweet and sour sauce counts as "Asian"

I totally agree Marvo, and I considered that when I wrote those words. But even though I have been to some thoroughly Americanized Chinese restaurants, I have not had the kind of corn-syrup tasting junk that McD's, BK, Wendy's and JitB pass off as "sweet & sour."

thanks, just saved me $5

I haven't had the McD's strips in years. In my memory they were larger, but tasted the same as BK.