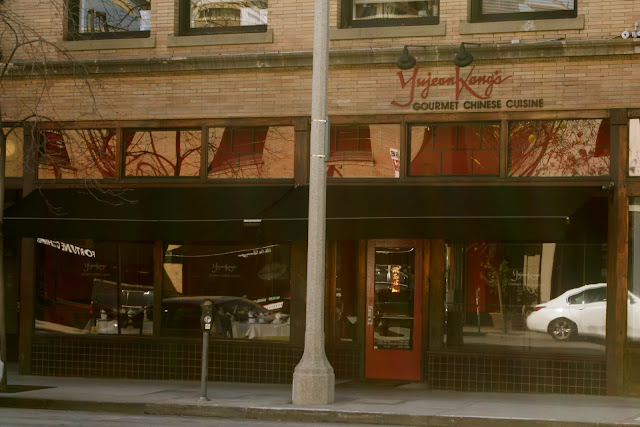 Ever see Mr. & Mrs. Smith? (The movie got ripped, but I thought it was halfway decent. Not great by any means, but considering how s**tty most action movies are these days, I didn't mind it at all.) There is a scene where Brad Pitt's character, after realizing his wife is also an assassin and he's probably going to have to kill her before she kills him, starts reminiscing with her about the first time they met. "I guess that's what happens in the end," he says. "You start thinking about the beginning."

It's hard, when thinking about leaving Pasadena, to over-emphasize how important Yujean Kang's was in my appreciation of food. There was a time, 20 years ago or so, when I would not go to a restaurant unless they had fried cheese on the menu. I am not exaggerating. The concept of eating something called "tiny dumplings with hot chili oil" was so foreign to me it might as well have been Sanskrit. Or girls.

But then, in my early teens, I finally tried those dumplings. You had to work for them - those little things are hard for me to pick up with chopsticks now; believe me when I say it was next to impossible then. But when you finally did get one, the payoff was remarkable: juicy, spicy, chewy... I just had no idea non-fried-cheese could be so delicious.

Maybe something else would have come along and kick-started my inquisitiveness for other cuisines, but it happened how it happened. Without those tiny dumplings it's safe to say I would not have tried any Chinese food besides orange chicken. Certainly I would not have discovered dim sum, which in turn would probably have meant no sushi or Thai food or banh mi. 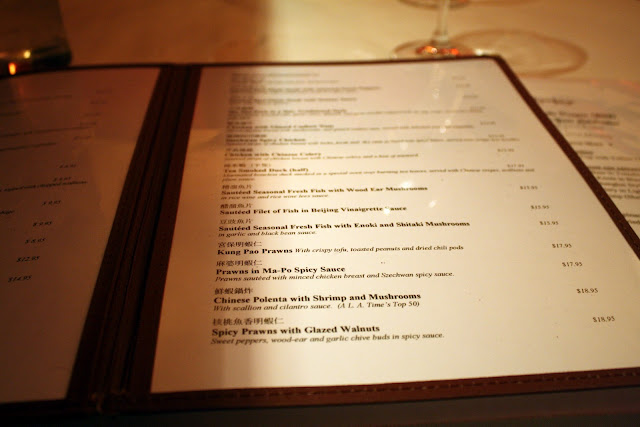 So one more trip to Yujean Kang's was in order. Elizabeth and I stopped in for dinner. The place was packed. We took one of the only two available tables in the back of the restaurant. 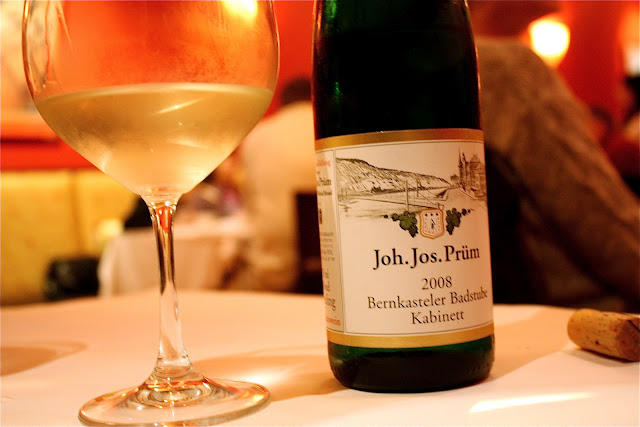 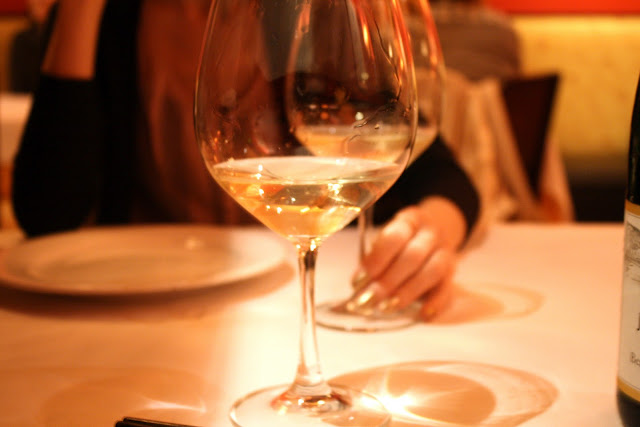 I'm not a big drinker of white wines, but I felt in the mood for a Riesling, which complements Chinese cuisine relatively well. They were out of the first two I ordered. I asked if they had any of the listed Rieslings in stock.

"Our house Riesling," the waiter offered.

"Okay," I said, not wanting to put any more effort into the ordering.

It was a very fruity, even more so than I was anticipating. But we drank the whole bottle. 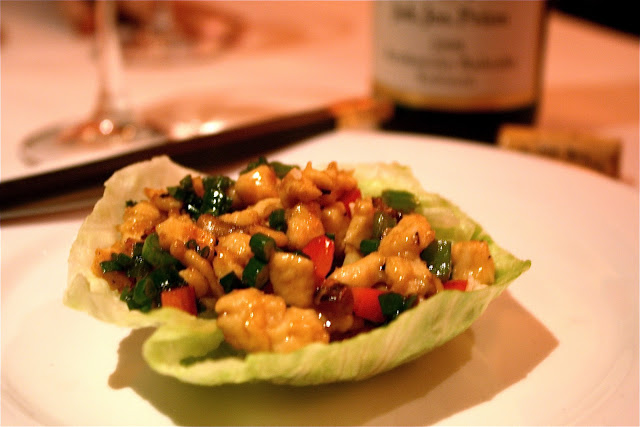 We started with the minced chicken lettuce cups. Sorry the picture isn't better, but the light was low and, as I mentioned, the restaurant was crowded. I did not want to distract other diners with the flash. I love these chicken cups, they are some of my favorite, especially with the spicy mustard. 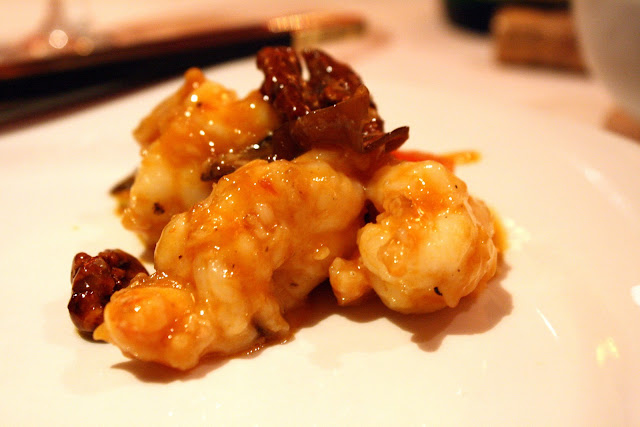 Elizabeth suggested we try the "Spicy Prawns With Glazed Walnuts." I said sure. The shrimp were absolutely delicious: plump, hot and juicy and cooked perfectly. I don't know why they call these spicy, but I wasn't really expecting spiciness. I have never been a big walnut fan, but I ate a couple of these and they were fine. 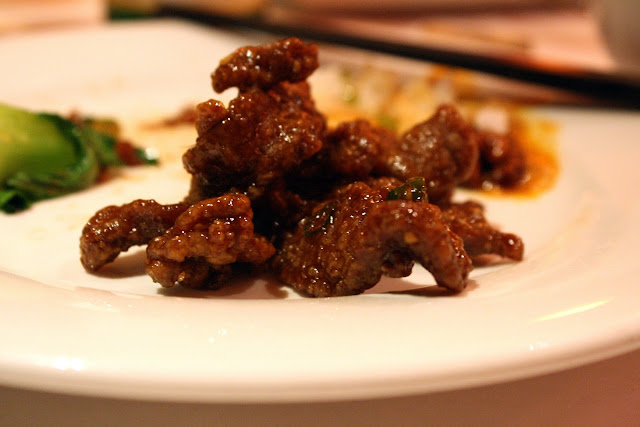 I have yet to eat at Yujean Kang's (as an adult) and fail to order the Crispy Beef. When done right, it is one of my five favorite dishes in Pasadena. And these were done right. The portion was smaller than I ever remember receiving, but the quality was just as good. Crispy, beefy, salty, and a touch sweet.

I don't eat at Yujean Kang's nearly as much as I used to - it had been more than a year since my previous visit. But I am certainly going to miss it and I'm glad we made it back for one last meal.

Oh, man. Down to the last week. Feels like I'm getting to the end of a good book...

I really like that movie. I think their house is in Pasadena.

Bryce, Justin will flourish in Brooklyn. It is we who will simply change rolls and become the out-of-towners. Same book, different perspective.

Wait, their house wine was an '08 Prum Badstube? That's impressive.

The house Riesling, yes. I don't know enough to say it's impressive, but I'll take your word for it. Yujean has been proud (some would say obnoxious) about his wine list. My friend Tim has a funny anecdote about his wine snobbery.

It was eight bucks more than the first two I selected, though, so I would hope it's well-respected.