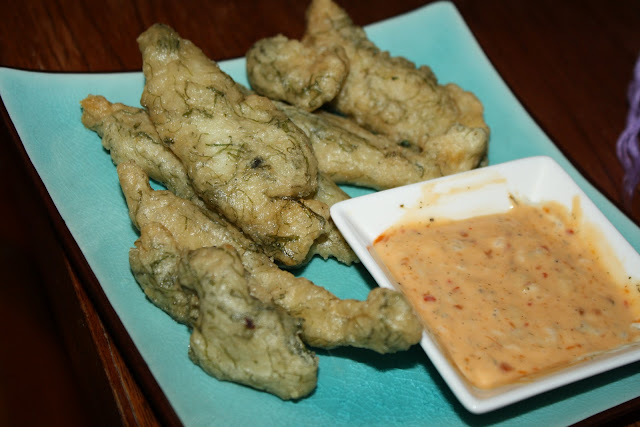 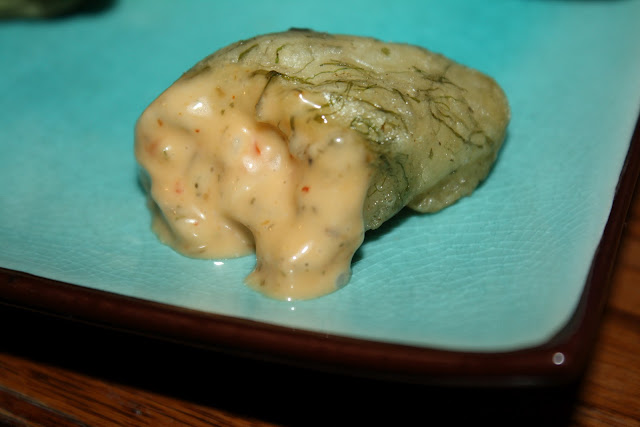 While Bryce and I were eating those seaweed-fried-fish fillets at Chang's Garden, we mentioned the fact that, while delicious, they could have used a little liquid complement. We ended up dipping several bites into black vinegar, which was fine... but we still wanted something more.

As I wrote about the meal, we ordered way too much food. Bryce encouraged me to take it all home but I was reluctant, and not just because he paid for the lunch.

And I thought he did, but when I got home I realized he had only taken one of the fish leftovers. He had left me all the fried fish.

Tonight I reheated it in the oven - it turned out really well; just as crispy, and the fish was only a tiny bit overcooked. I mixed together a sauce of E. Waldo Ward's tartar sauce and Buffalo Wild Wing's "Asian Zing" sauce. You know, exactly like they do it in China.

At any rate, these were the best restaurant leftovers I have had yet in 2012.
Posted by JustinM at 10:45 PM