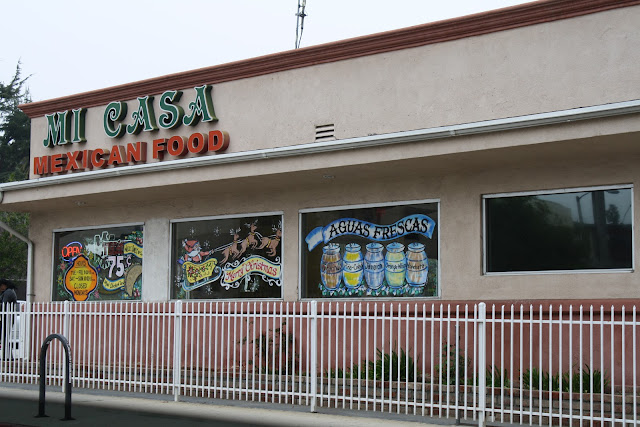 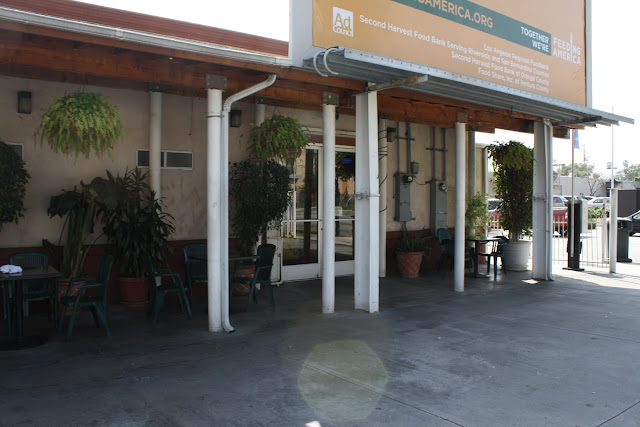 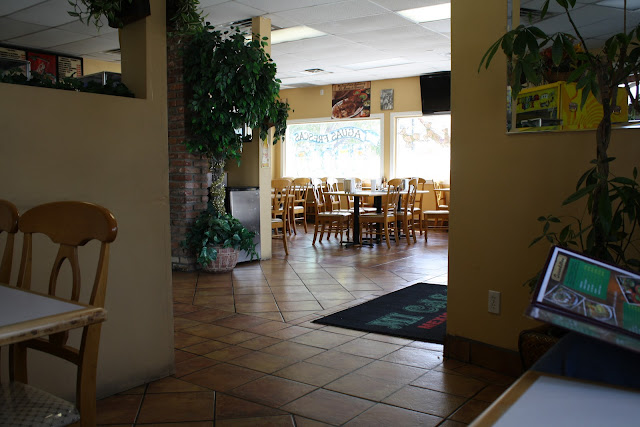 "The best way to criticize a movie is to make another movie." - Jean-Luc Godard

I love Pasadena, and I'm not just saying that because I'll be leaving it very soon. It was an incredible area in which to grow up. I have a wonderful group of friends - not just the regular characters who appear on this blog but those I grew up with and no longer live around here. Some are lawyers and some are thieves / Some are now behind the sun.

And there have always been many, many dining choices. So when I have a bad restaurant experience, it is never too hard to seek out a better one. I wrote about my least favorite dining experience of the last three months yesterday, now let me tell you about perhaps my best.

And then one day the subject came up - I was asking my friend Tim if he'd ever been there. He had not; he wasn't even sure what I was talking about. As I have written before, it often seems as if Tim knows every restaurant between Orange County and Ventura, so it surprises me when I mention a place that he doesn't know, a surprise that increases exponentially when it's a place in Pasadena.

We needed to try it out, so just a couple of days ago we swung by in the mid afternoon. There is a counter at which you can order food to go, but service if you choose to sit. 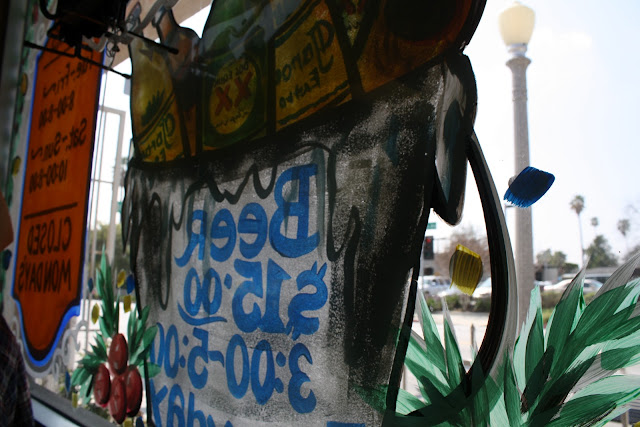 We took a seat next to one of those aforementioned bucket-of-beer specials. 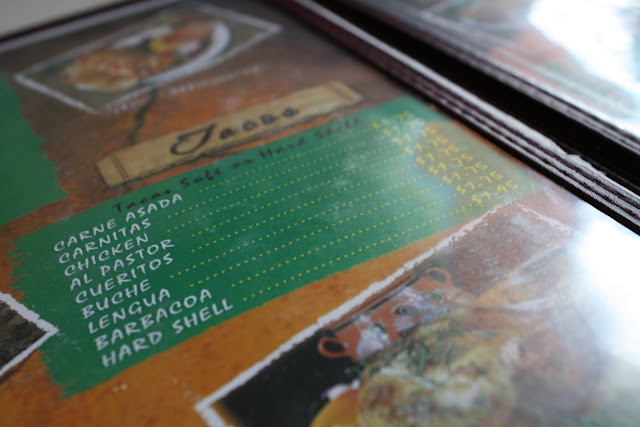 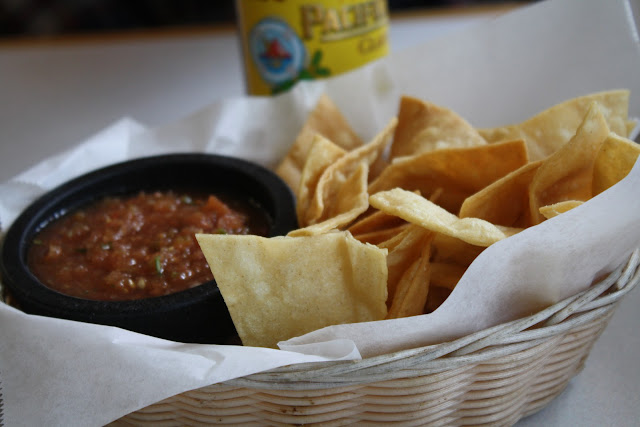 We snacked on chips and salsa while studying the menu. The chips were thick and fresh. The salsa was not particularly flavorful, but still tasty. (After a few bites, I took to shaking a drop of Cholula onto each chip to supplement the salsa, which worked wonderfully.) 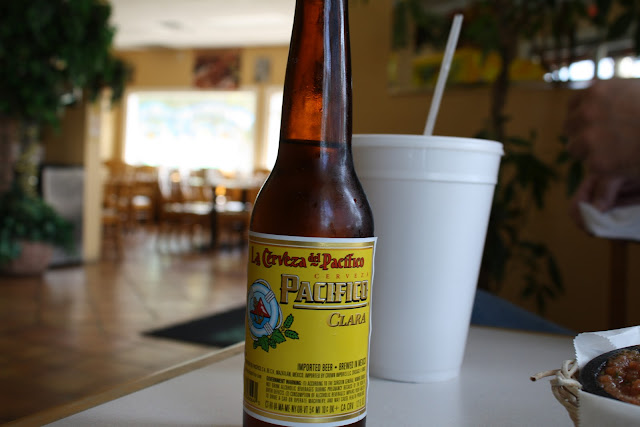 I ordered a Pacifico, Tim ordered a medium horchata. We laughed at the size of the "medium" drink. 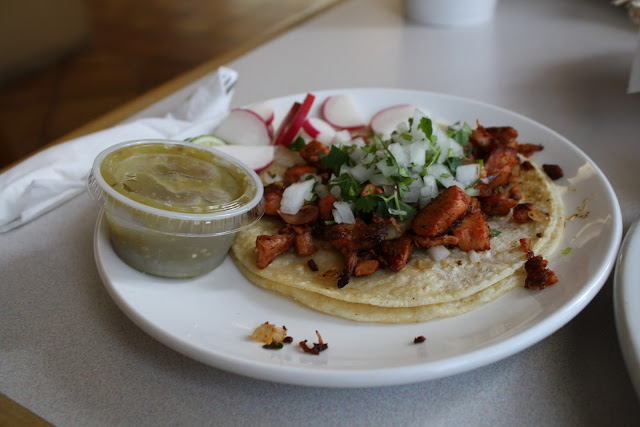 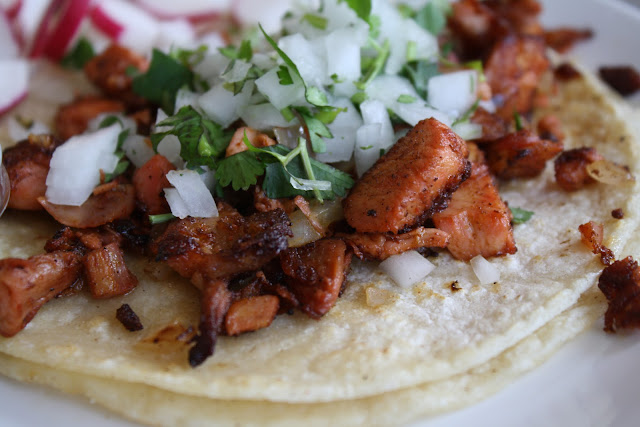 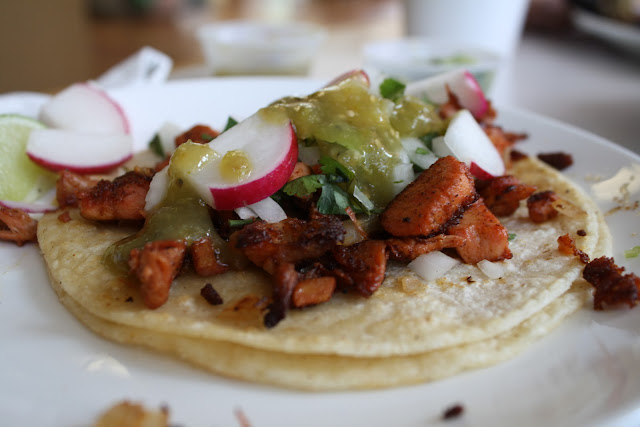 All of the tacos were listed in Spanish except for the chicken taco (i.e. instead of calling it pollo they call it chicken). I wasn't sure why, but figured I should get one to find out. When asked if I wanted it with onions and cilantro I said yes, and it was just fine like that, though the chicken was definitely on the salty side. So I added a few radishes and some of the provided salsa, which balanced things out a little better. I would have no problem eating one of these again although I'm guessing on my next trip I will experiment with a different taco. 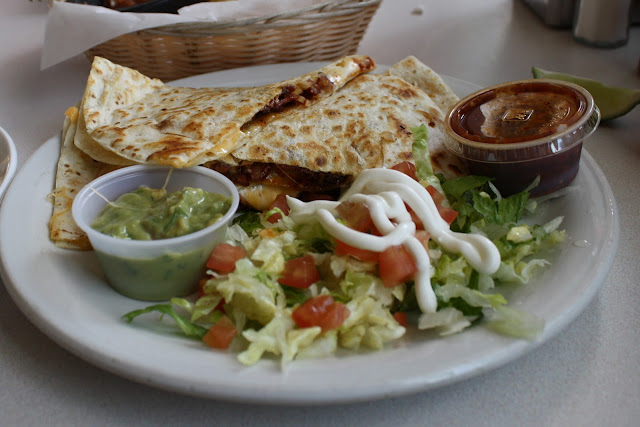 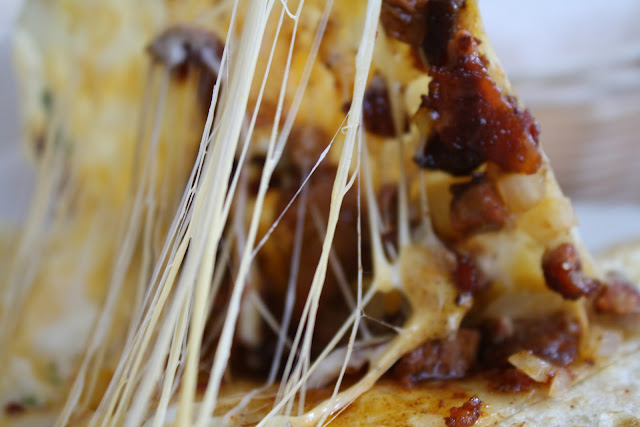 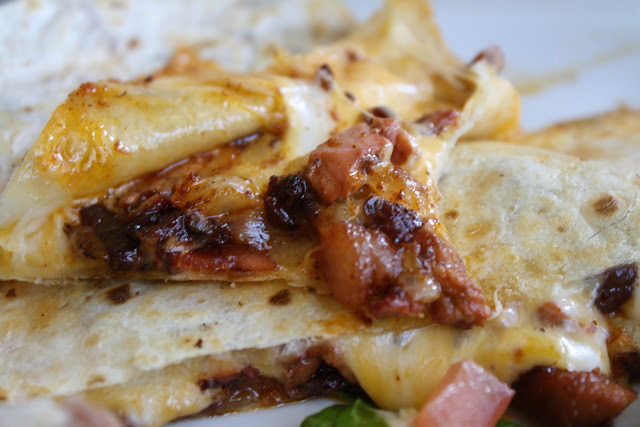 I also ordered an al pastor quesadilla. God I love al pastor, one of the reasons being that you never quite know what you're going to get when you order a taco joint's al pastor for the first time. Sometimes it melts in your mouth like pulled pork, sometimes it's citrus-spiced porcine nuggets. And this time the al pastor was a new flavor: bacon.

This is in no way a complaint. I ate the whole thing - minus the one wedge I gave Tim - and was quite satisfied. 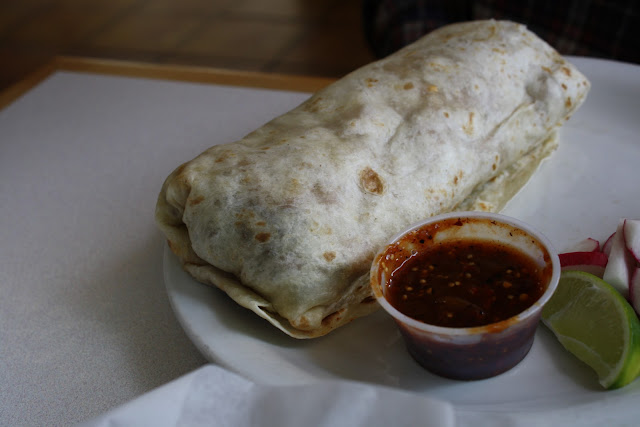 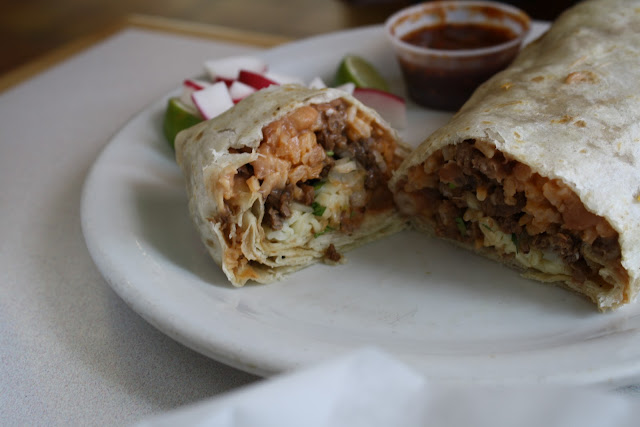 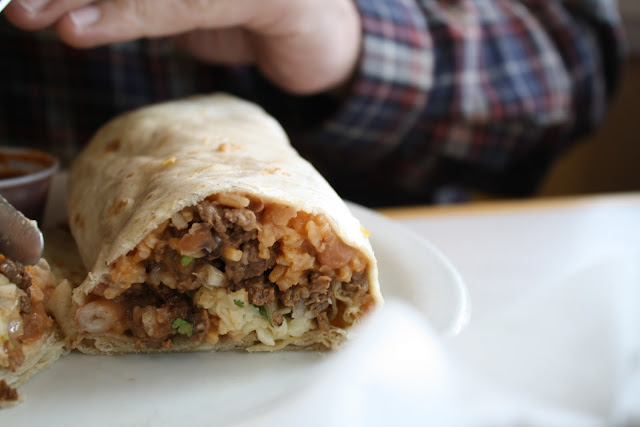 But neither of my dishes satisfied me the way Tim's carne asada burrito satisfied him. "Wow," he said upon first bite, marveling at the flavor combinations. "That's the real deal. I don't understand why anyone would ever go to Taco Bell when this is an option."

"Maybe some people have blogs with twenty readers who want to know about the newest Taco Bell promotion," I added. 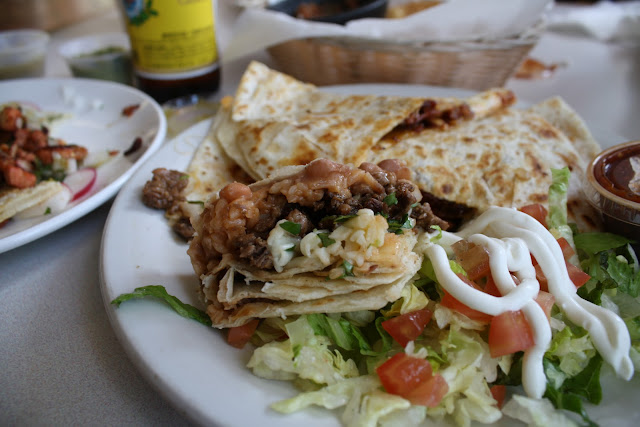 He sawed off a piece of burrito and gave it to me. (You didn't really think I gave him a piece of my quesadilla out of the goodness of my own heart, did you?) I really liked it, though not as much as he did. But then again I've always preferred al pastor and pollo chicken to carne asada. 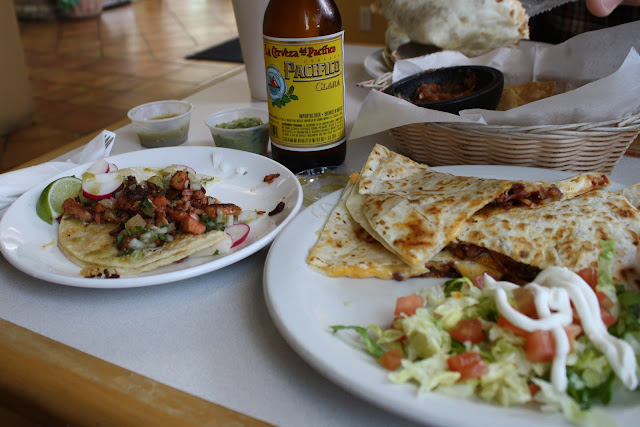 I will close with this photo because I love it most out of the bunch. If the collage at the top of this page hadn't proved itself so popular, I could easily just replace it with this photo.

Mi Casa was a fantastic experience and I hope I have the chance to make it back.
Posted by JustinM at 9:30 AM

WTF where are you going?

Looking forward to reading more of your food adventures where ever your travels take you!

Damn, that all looks fantastic. Love the melty cheese shot.

I am also wondering where you are going.

I wonder where you are moving? - here's hoping your blog will move with you to the SF Bay area!

That looks so good!

How did the Al Pastor quesadilla stack up to EL Taquito Mexicano's? Which is your favorite?

you never know what youre gonna get

1. Where are you headed to? 2. Will you still continue to blog?

I like the look of that chips-and-salsa basket. I can almost hear the crunch right through the screen. How many beers to a bucket of beers? I may have to seek this place out. I’m hoping the blog is movable even if the feast is not.