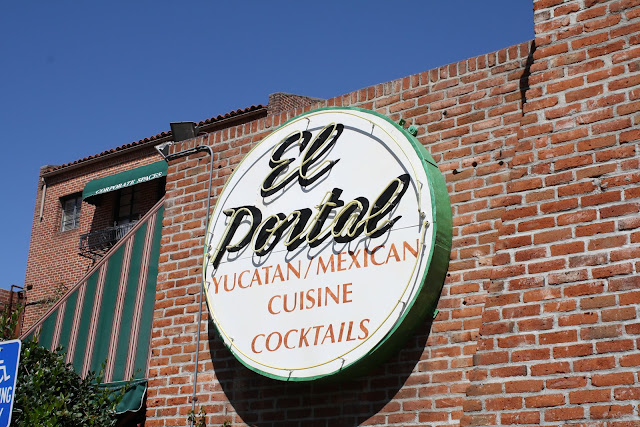 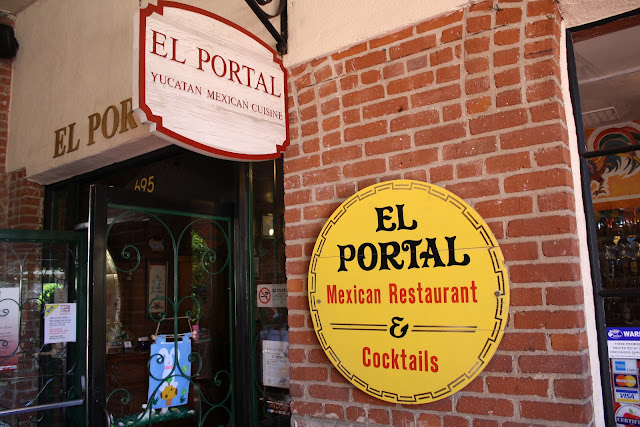 Yesterday, in addition to being my brother's birthday and the day Popeyes chose to celebrate their 40th anniversary, was World Down Syndrome Day. Pasadena's El Portal, always willing to host a fundraiser, offered to donate 15% of their profits yesterday to Club 21, a local Pasadena learning and resource center for individuals with Down Syndrome. 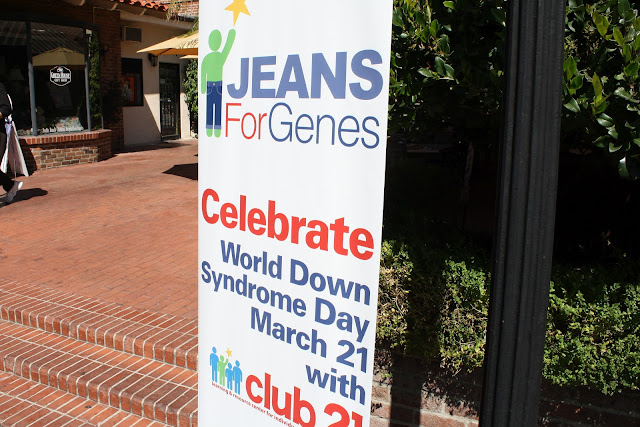 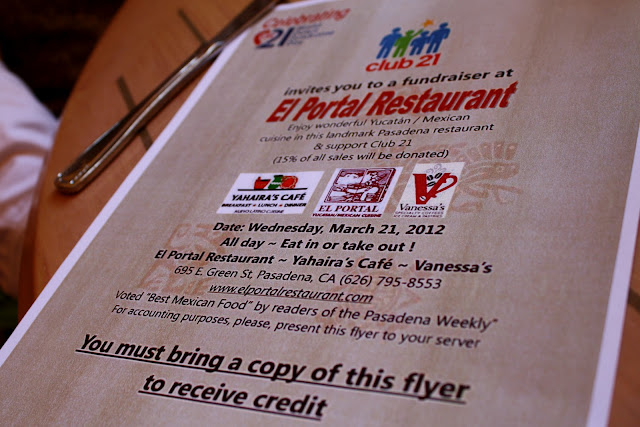 It was a beautiful day and my mom invited me to join her and some friends for lunch at El Portal. I saw no reason to say no. 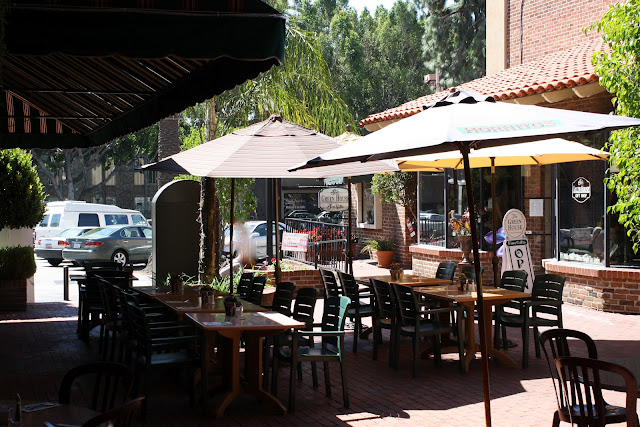 Does a shaded patio with palm trees in the background on the second day of spring seem like a nice place to eat lunch? Yeah, I thought so too. 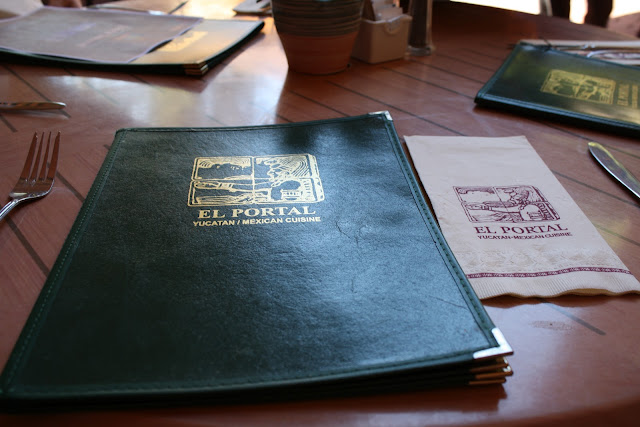 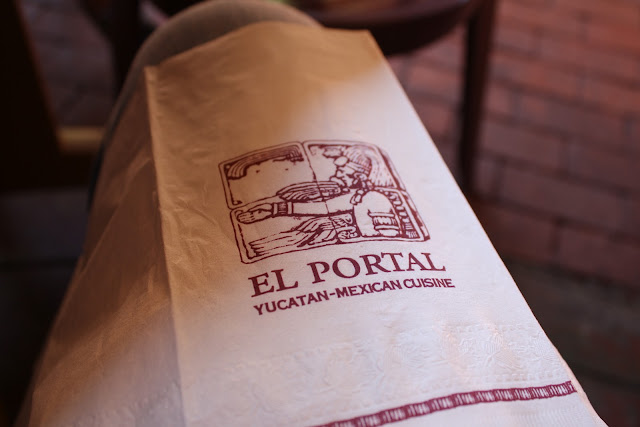 I looked over the menu although I already knew exactly what I was going to be ordering. 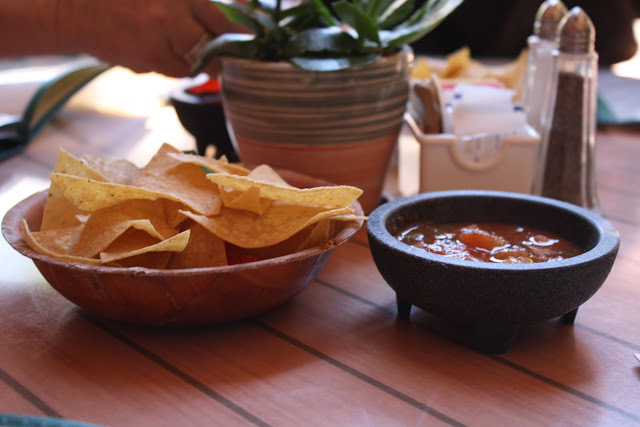 The salsa was on the watery side but still spicy. The chips were great: hot, crispy, and surprisingly light and airy. 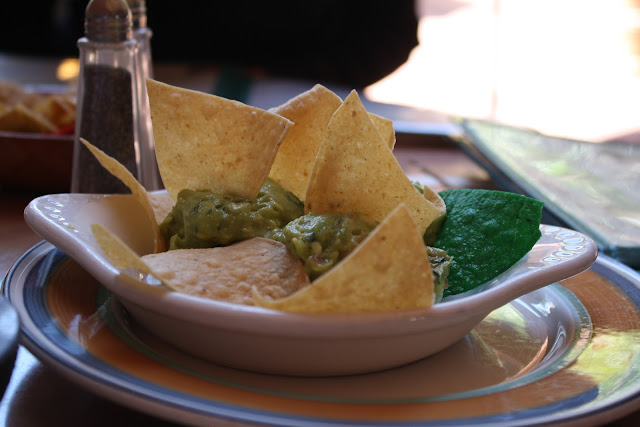 Everyone else at the table wanted guacamole and they ate it all. 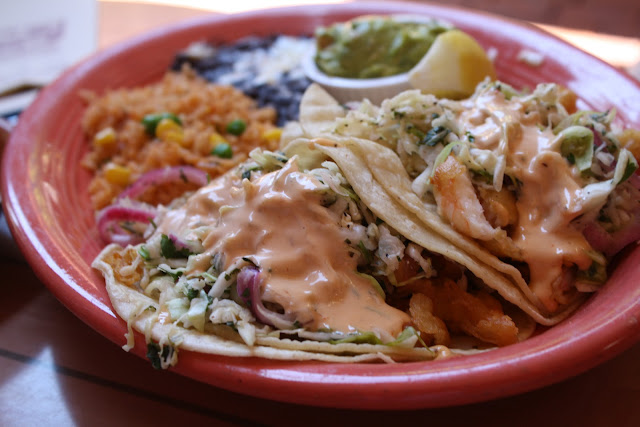 Jessica had the shrimp tacos. She said the shrimp were only average but the rest of the taco - the slaw, tortilla and sauce - was tasty. 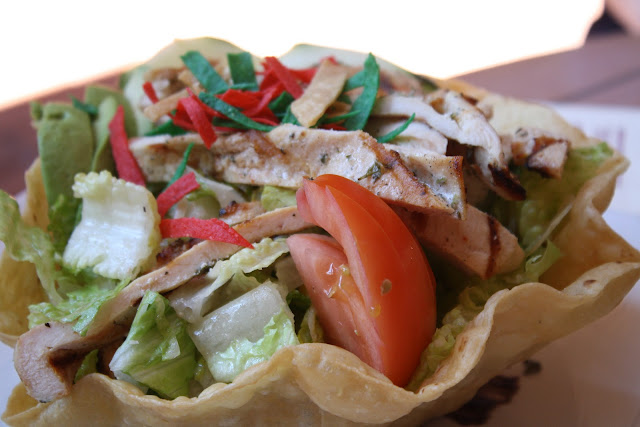 Tracy had a chicken salad, one of those mammoth numbers that come served in a giant tortilla bowl. She liked it but couldn't even eat half of the thing. 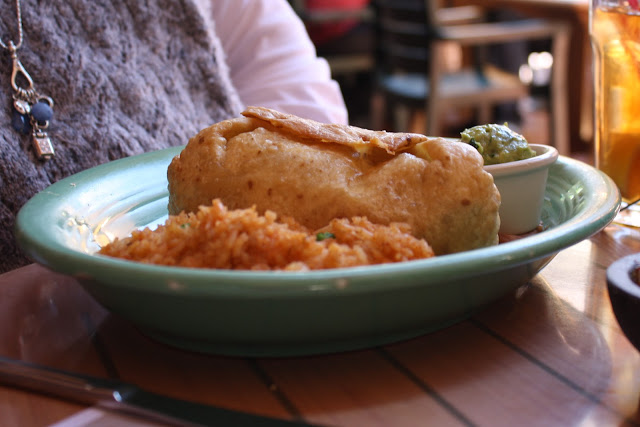 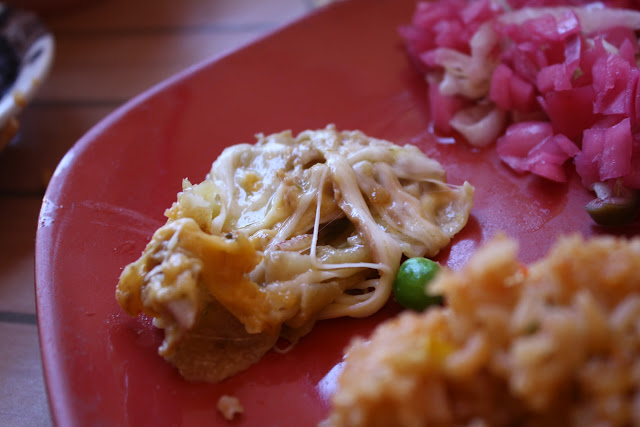 My mom had the chimichanga with pork. Not only was it the biggest chimichanga I have ever seen, it was the best I have ever tasted. (My mom only ate about half of it and I finished it for her.) The pork was tender, the cheese was perfectly gooey and the thing was crispy in parts and soft in others. 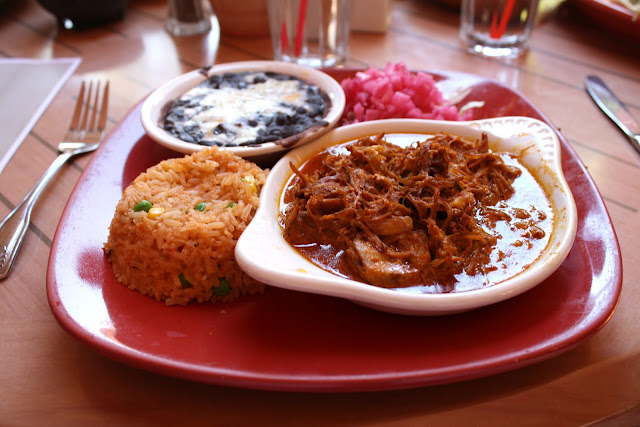 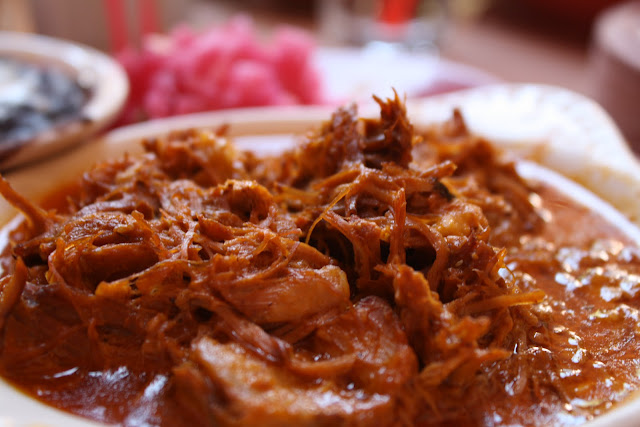 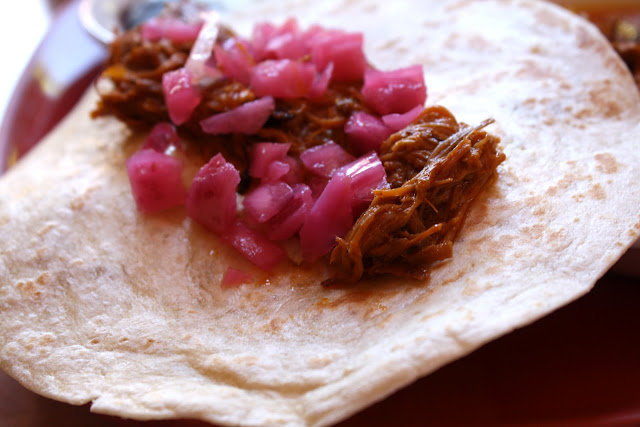 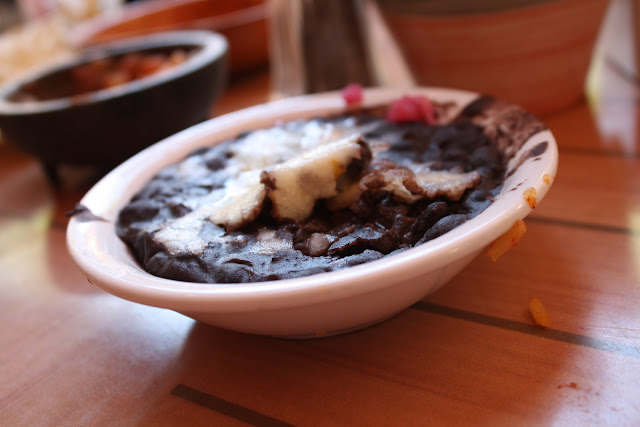 And I had the cochinita pibil - Yucatan slow-roasted pork. There are very few foods I enjoy more than cochinita pibil spooned into a tortilla with pickled red onions. Probably less than ten. Not a lot of places offer this dish around here - it takes a long time to prepare - so I always grab it when I can. (If you saw Once Upon a Time in Mexico, Johnny Depp goes back into the kitchen after eating the best version of cochinita - or "puerco" - pibil that he has ever had and shoots the cook for making it "too good.")

This was not the best I've ever had, but it was damn good. Each piece just sort of dissolved in my mouth.

I had not been to El Portal in over a decade. Perhaps it's for the best that I did not return to it until just before I'm leaving town. I could see myself coming back to eat (and drink) here a little too frequently.
Posted by JustinM at 9:30 AM

Love places that do the charity thing. Is cochinita pibil a sweet dish? Being the proverbial gringo, I guess I associate a lot of red and pork shoulder with BBQ.

Salty is the prominent flavor. I've had some that has been slightly spicy, but usually it's just salty.

Looks like a perfect spot on a perfect day. I need to go there midday more often. They’ve got a nice big margarita, too – I think they call it the Grande. Also of note about the place, and rather unique, they’ve got outdoor booths – genius.

Indeed! Outdoor booths are fantastic, though not surprisingly they were occupied on this day and we had to take a regular table.