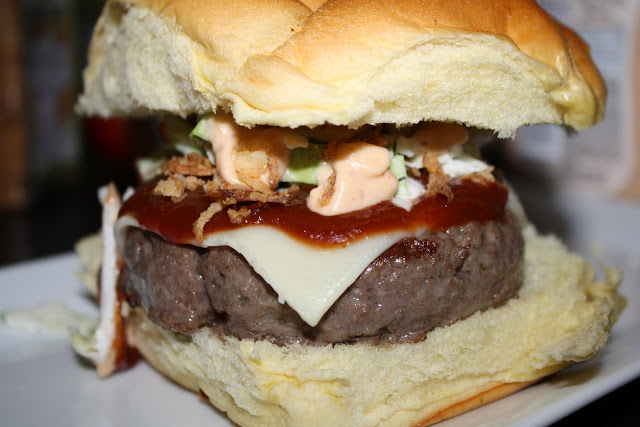 The first culinary thing I researched when I learned we were going to be moving to Brooklyn was not pizza joints. I've been here a few times; I know that most places are going to be better than I could find back in Pasadena. And it wasn't barbecue joints either. Not fried seafood, or boneless wings, or farmers markets, or egg creams.

The first thing I searched for was a good butcher shop, something to remind me of Taylor's in Sierra Madre, where you find things you haven't seen done quite that way before, with friendly service and decades of history. I narrowed my options to three possibilities and within a week of arriving in New York I visited them all. And all were nice.

But Los Paisanos stood out to me. Located in Cobble Hill, a pleasant one mile walk from me, the sign hanging outside Paisanos reads "Est. 1960." I've been in Brooklyn for seven weeks now and I've been there ten times. If you want to cook it, they probably have it: any cut of the cow you can name, more than a dozen varieties of sausage, more than thirty flavors of ravioli, exotic meats, and a full deli to boot. Those slow-cooked chicken sandwiches I wrote about the other day featured chicken breasts from Paisanos; you will see its named mentioned many times in the future, I'm sure.

(I've never been a devotee of Yelp, but it's hard not to be impressed with Los Paisanos maintaining a five-star rating with more than 80 reviews.)

On my first trip there, perhaps our fourth day in the city, I noticed their burger patties, advertised as a blend of brisket and short rib. This was something I simply had to try. But I had to wait a few weeks: we don't have an outdoor grill anymore - which is just as well, since we no longer have an outdoor space. And these patties weren't something I was going to cook in a skillet. Eventually, though, I got an indoor appliance that I deemed suitable for preparing them. I picked up two patties from Los Paisanos that day. 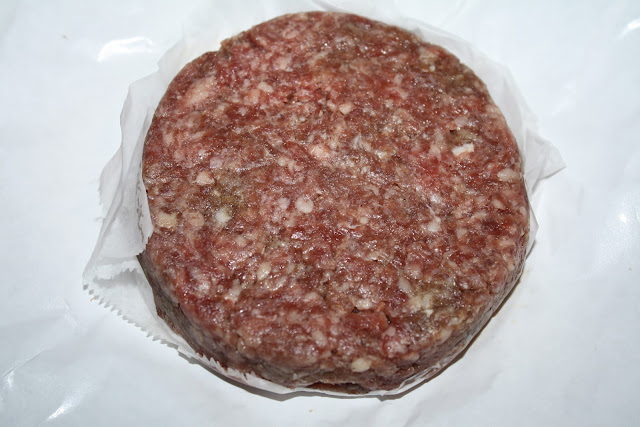 As usual, I let the patties sit out for an hour before cooking. 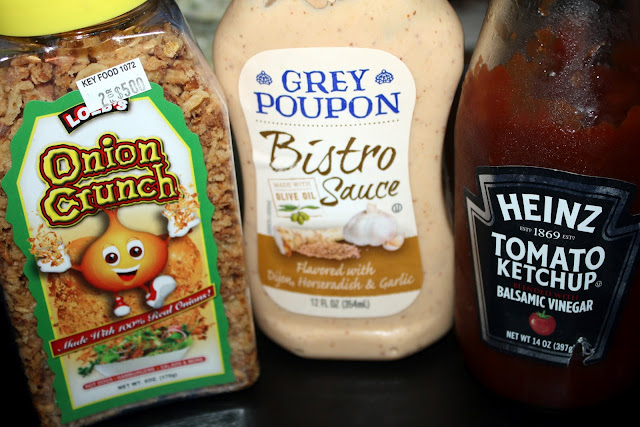 My condiments for this burger: crunchy onion bits, Grey Poupon's "Bistro Sauce," and Heinz's ketchup with balsamic vinegar that I picked up on our trip across the country. 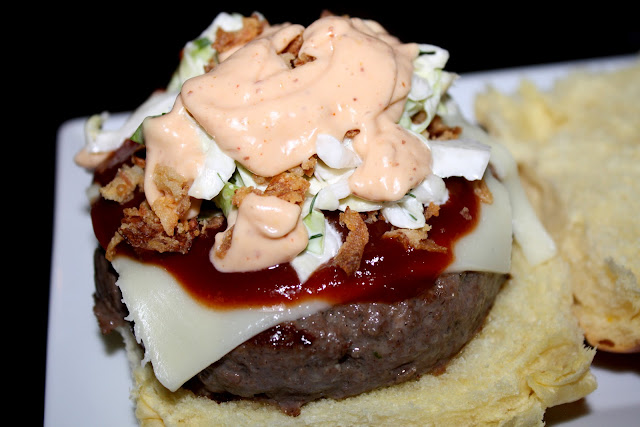 I added those three toppings to the burger, along with a slice of Jarlsberg Swiss and a scoop of cole slaw. 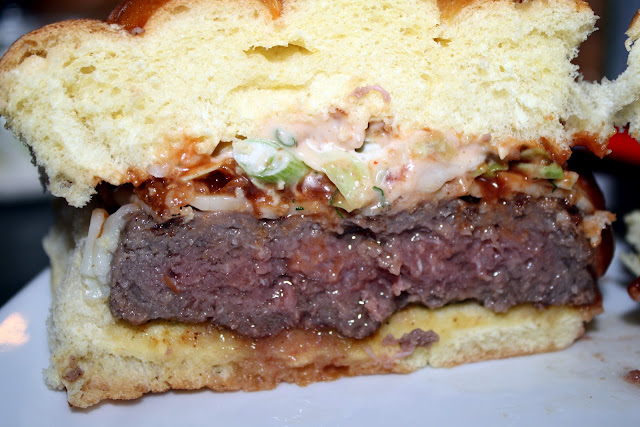 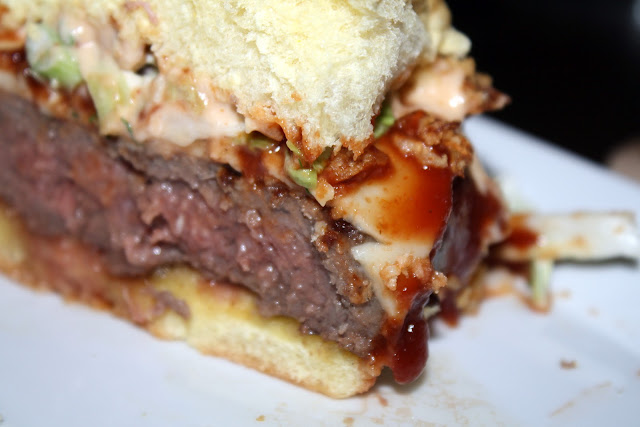 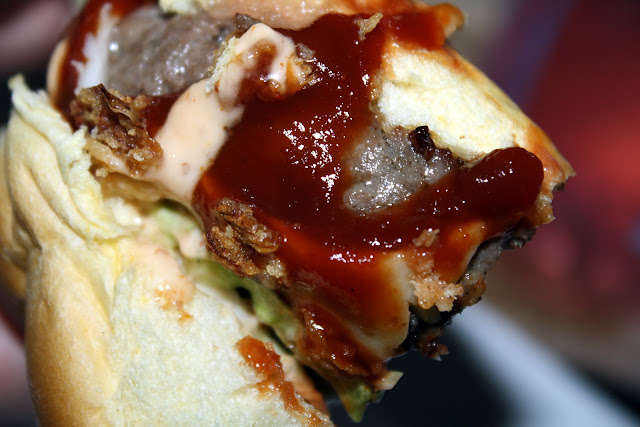 I cooked the patty about a minute longer than I should have, but it didn't really matter: the flavor of the meat was simply spectacular. Familiar, yet unlike any burger I have ever cooked at home, this seriously made me wonder if this was the best burger I have ever made. And I've made some really good burgers.

The egg bun was a little on the thick side - it was fresh and spongy and not bad by any means, but I think a potato roll would have been better here. That hardly matters, though, the beef flavor was the star of the show and I don't know if any kind of bun would have dragged it down.

I am already planning the different versions of this burger that I am going to make in the future.
Posted by JustinM at 9:30 AM

Damn that looks good.
I've been looking for that ketchup ever since you mentioned it. I will find it.

That looks really good. I will have my wife look for the Bistro Sauce. Maybe I missed it, but did you make the cole slaw or is it bought?

Hi Jim. It's the same slaw as I used on the chicken sandwiches the other day, from a local deli.

The blend sounds awesome, but the grind looks a bit too fine for me. If they were previously frozen that might explain it.

Still, your burger experience far outweighs mine, so I'll take your word for it.

It was definitely dense, you nailed that. But the flavors were so damn good I didn't care. Think more of a short rib/brisket meatloaf sandwich than a course-ground burger.

What a score on the mixed meat combo. Already living large out east! Ever tried Kings Hawaiian for a bun?

Yep, all the burgers at Dog Haus Biergarten are served on them, and one time I made my homage at home and used one. Not my first choice - too sweet - but not bat.