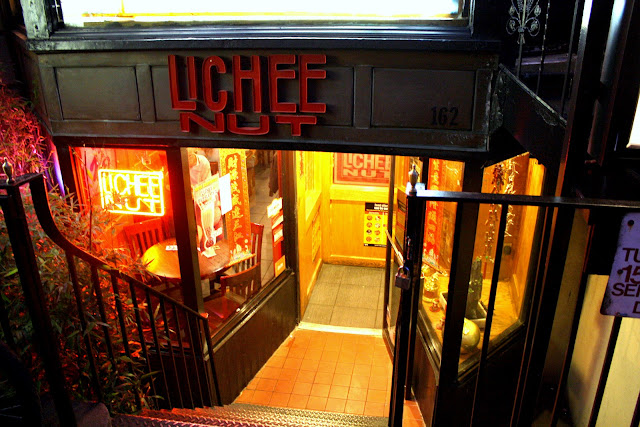 It had rained during the afternoon but it was clearing up as the sun set and it was gorgeous out, so I wandered down to the Promenade to watch the sky change colors. I sent Elizabeth a text to meet me there rather than at home.

She suggested Chinese food and as usual (well, as always) I was in the mood for it. So we walked down the street to Lichee Nut. Set a few feet below street level, I'd hadn't noticed it before, though I had noticed the Japanese restaurant that sits on top of it. It was pretty busy inside, but only two other tables were occupied - there were several people picking up orders and two delivery guys running in and out. 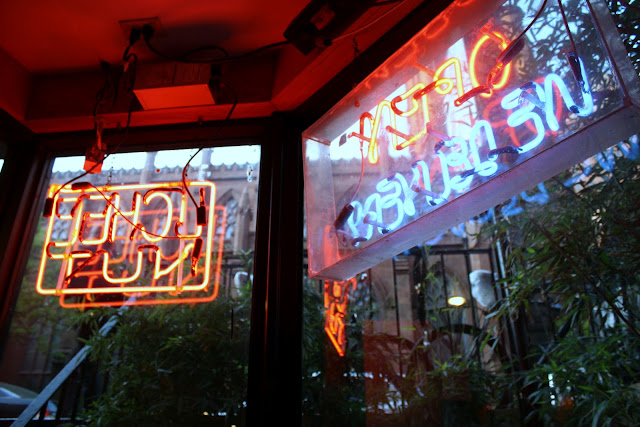 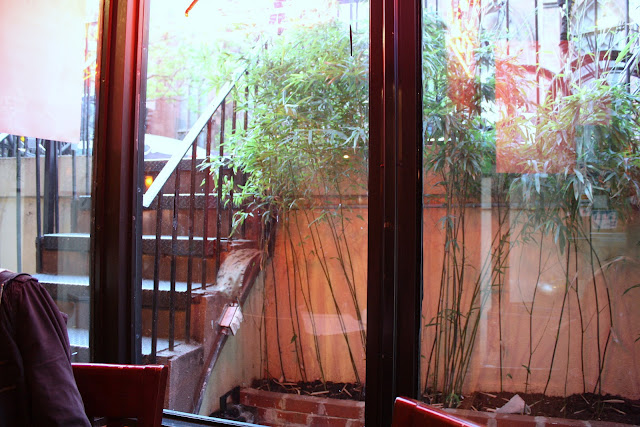 They put us at the table in the front alcove of the restaurant, which was just fine by me. 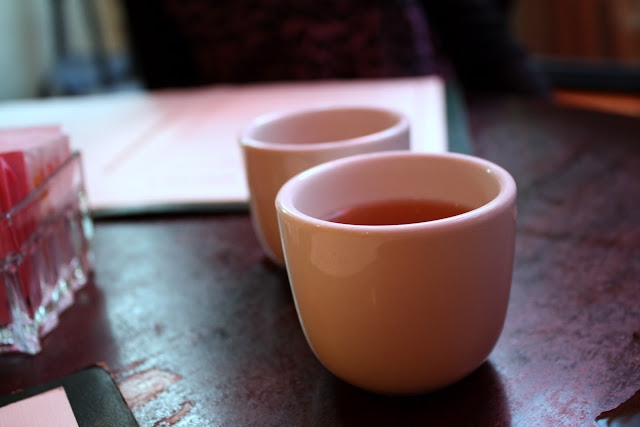 The tea we started with was delicious and perfect for a cool evening. 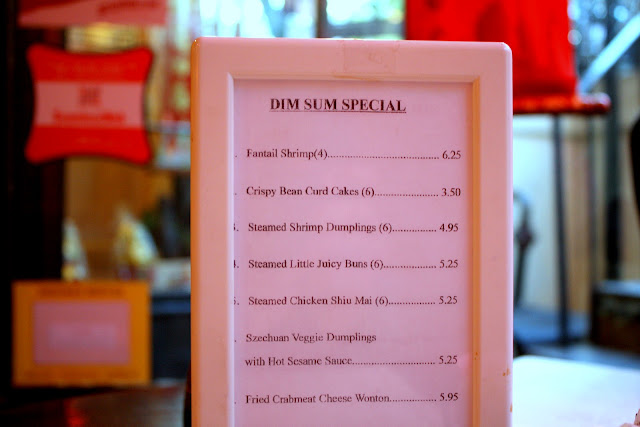 The appetizers all sounded good, with one exception (you can probably guess which). 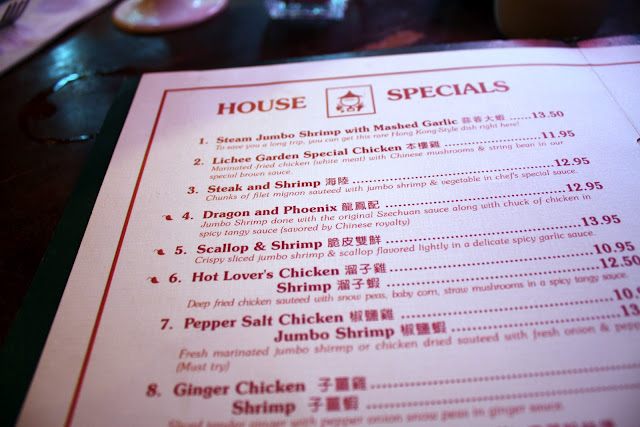 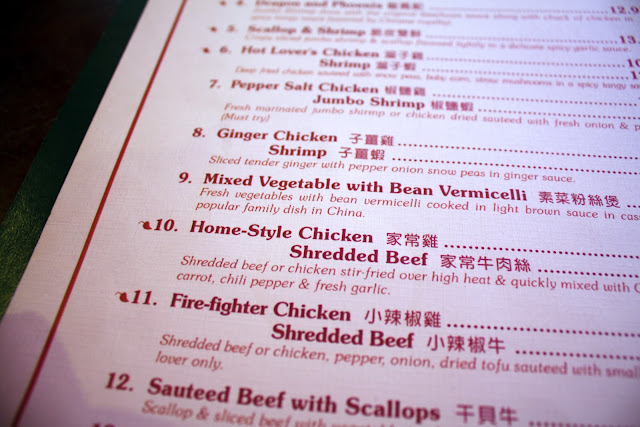 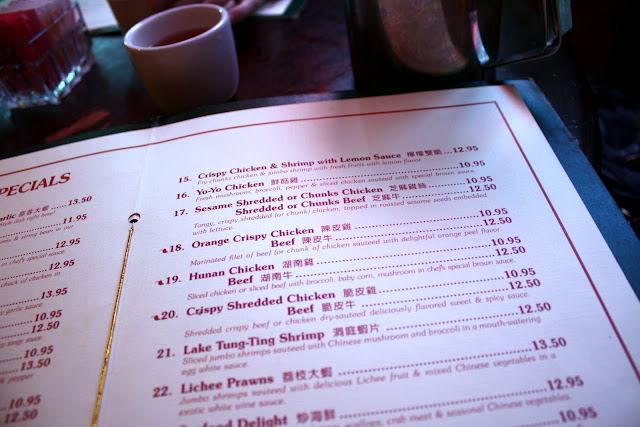 Quite a few items on the menu looked delicious, too. It took several minutes to decided which to get. 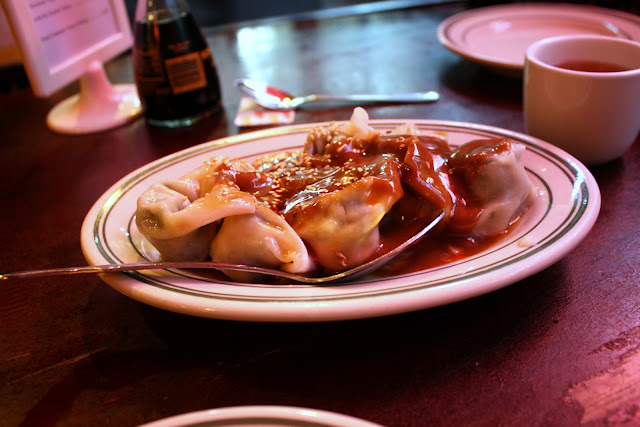 We started with the Szechuan Dumplings with Hot Sesame Sauce. The dumplings were fine but I hated the sauce - it was one of those sesame sauces that tastes just like peanut butter. I can't get upset, that's one of the dangers inherent in ordering something with sesame sauce, but next time I'm going for the juicy buns or crabmeat wontons. 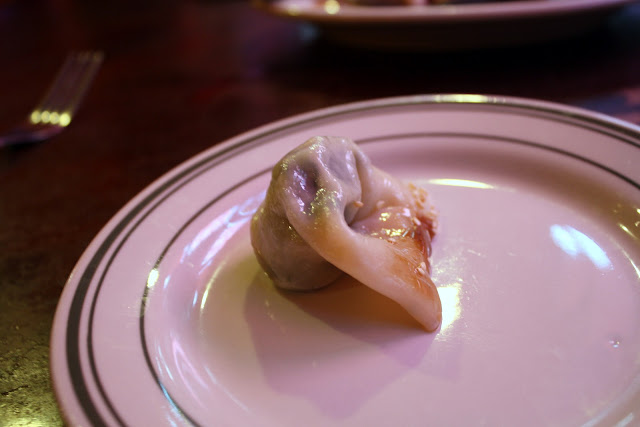 Or I guess I could order the veggie dumplings without sauce, because I really enjoyed the one I ate that had almost no sauce on it. 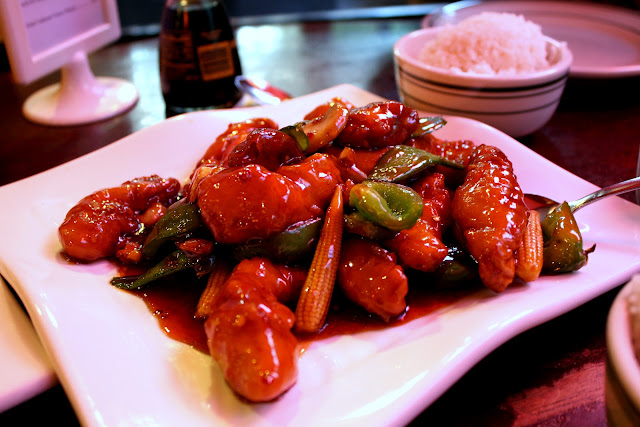 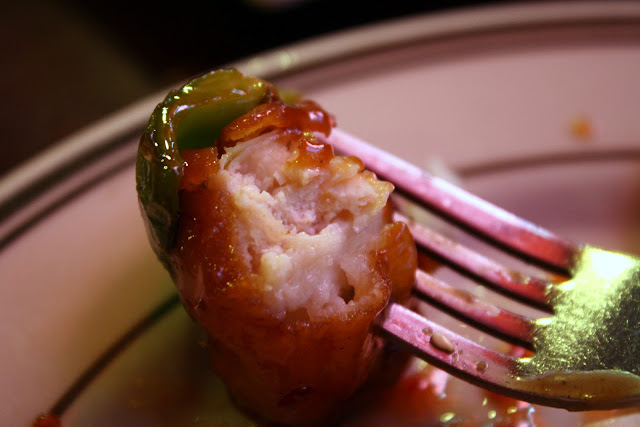 We both thought the Hot Lover's Chicken sounded good so we got an order of that: "deep-fried chicken sauteed with snow peas, baby corn and straw mushrooms in a spicy, tangy sauce." We both liked it. The chicken was hot and crispy white meat chicken, and I really liked the veggies. In addition to the veggies promised were bell peppers; I love crispy bell peppers and these were great.

The sauce was not spicy but I've issued that complaint so many times that even I'm tired of it. So I am retiring it when it comes to Chinese restaurants: I am no longer going to point out that a "spicy" or "sour" Chinese sauce is not what it claims. From now on I'll just tell you when it actually is one of those things. 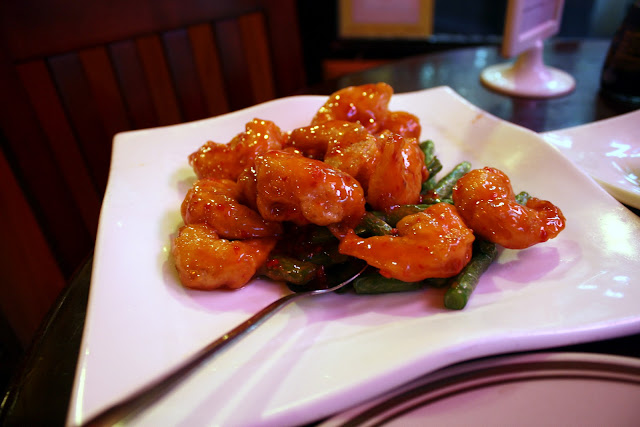 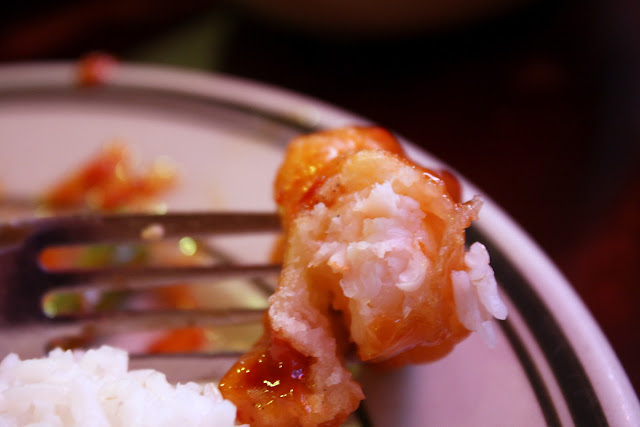 We also had the Crispy Shrimp, in a red chili sauce with green beans. If we liked the chicken, we really liked the shrimp: crispy (as the name implies), fresh shrimp that stayed hot on the plate for several minutes. The chicken rapidly lost its crunch but the shrimp did not. In fact, we took a couple of them home with us and they were still kind of crispy when I snacked on them a few hours later. 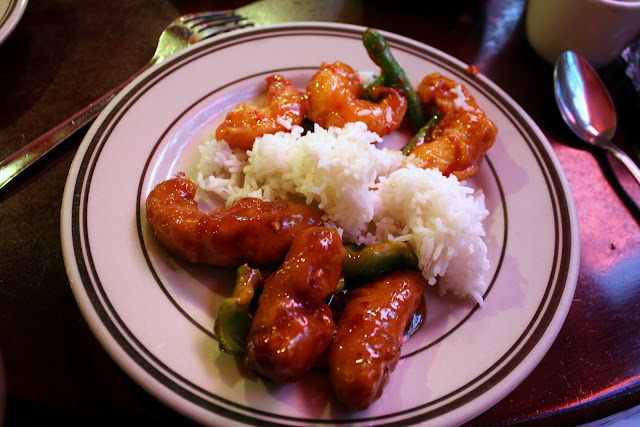 Lichee Nut isn't my favorite of the Chinese places I have eaten at in Brooklyn, but I liked it more than most. Maybe one of these days I'll get back and try one of their lunch specials, but I'm not in any big hurry. So many more places to explore, you know.
Posted by JustinM at 9:30 AM

I really look forward each day to reading your reports -- keep up the good stuff man, you really are one of the better food bloggers out there.