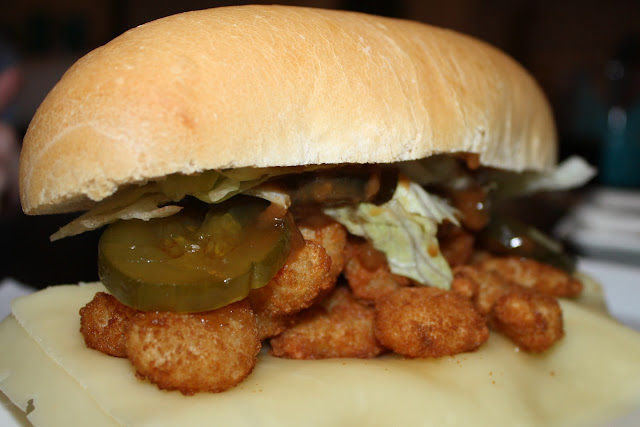 Now that Elizabeth has been to New Orleans, I often point out things to her on TV, scenes from the Crescent City that she might recognize. The Progressive commercial where The Messenger roams the French Quarter offering savings. The St. Charles streetcar from another commercial, the product I do not remember. Scenes from The Pelican Brief.

And the other day a repeat of Anthony Bourdain: No Reservations was on, from New Orleans. He visits Domilise's, where once upon a time I had what was probably the best po' boy I have ever eaten. Elizabeth saw them make a special po' boy in the episode, one featuring fried shrimp and roast beef gravy on a roll with lettuce and Swiss cheese.

"God that looks good," she said.

The other day just happened to be National Shrimp Day; I did not know there was such a day but I was happy to embrace it. I decided to make po' boys. 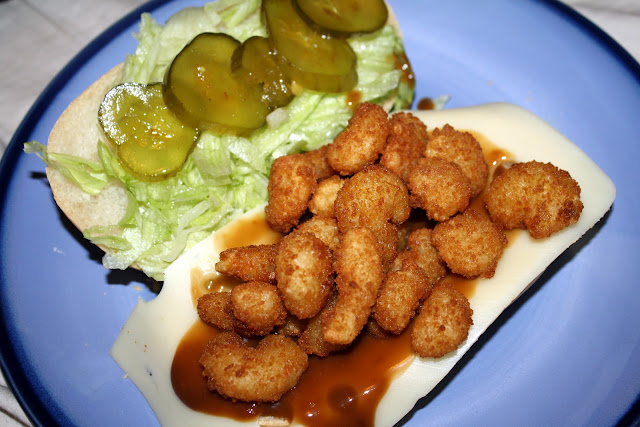 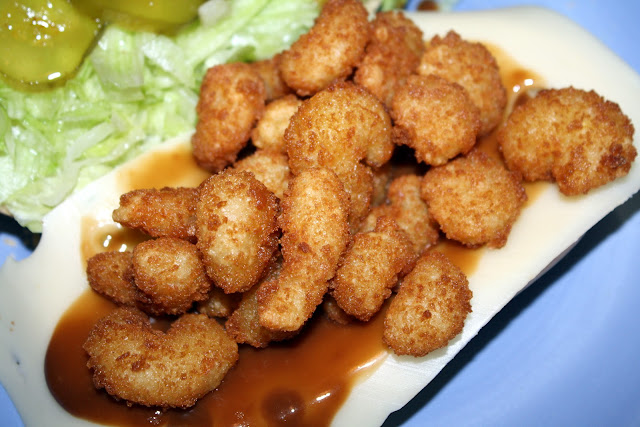 Step 1: I got a 7" roll from a local market. They have delicious rolls, crusty on the outside but as soft as cotton candy inside. (You have to get there before mid-afternoon or they're all gone.)

Step 2: I split the roll and layered lettuce and the spicy pickles I purchased in San Antonio on one side, and Swiss cheese on the other.

Step 3: In one pan I made beef gravy from a packet; in another pan I fried popcorn shrimp.

Step 4: I poured the gravy over the cheese and dumped the shrimp on top of that. 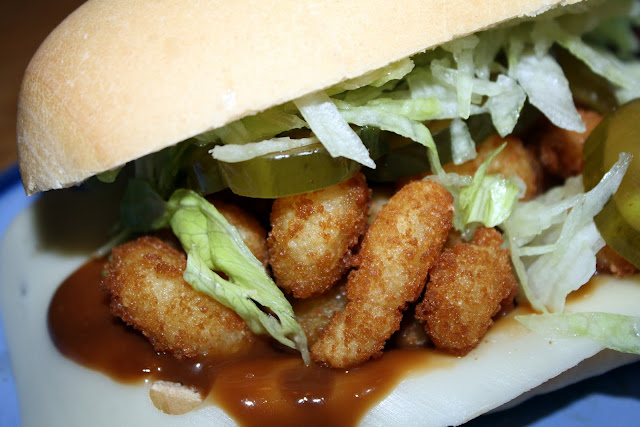 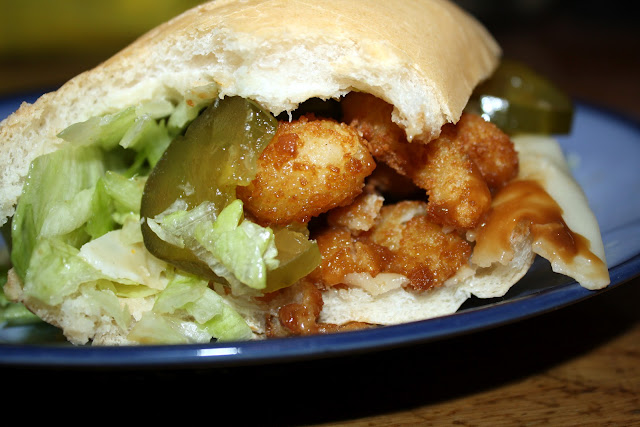 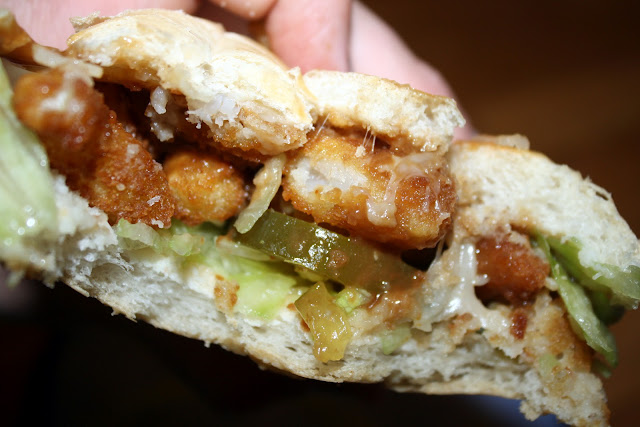 Salty gravy, spicy-sweet pickles, crisp lettuce, savory cheese, soft bread, and fried seafood, one of my favorite things in the world. These were some damn good sandwiches. Not quite Domilise's, but considering they were thrown together in my kitchen, they will do just fine.
Posted by JustinM at 9:30 AM

Tell us how beef gravy works with shrimp? That's nuts to me & in the "Hell No" cookbook. I can have a steak w/shrimp on the side. But fried shrimp with beef sauce.... Huh.

The pics look inviting though!

Well, I would never dip the shrimp into gravy; the two flavors together aren't ideal. But the gravy with the bread, lettuce and cheese was nice. If I make this again I will do two things differently: a thin smear of mayo and two slices of Swiss, not just one as I did here.