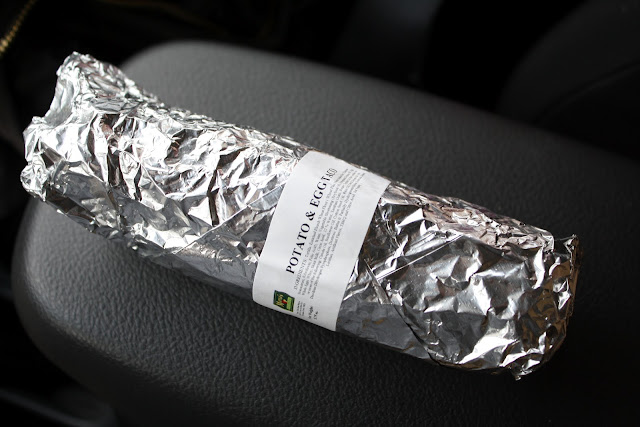 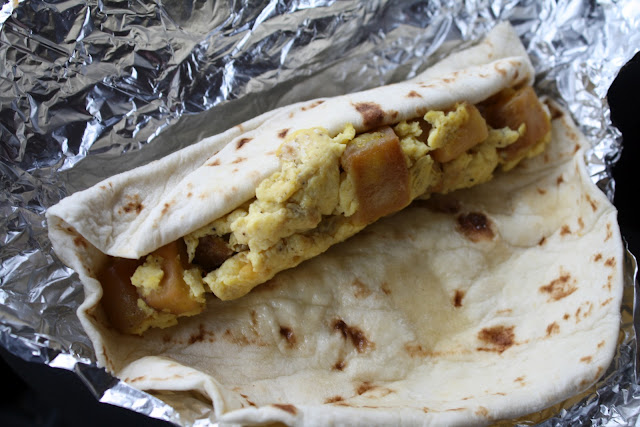 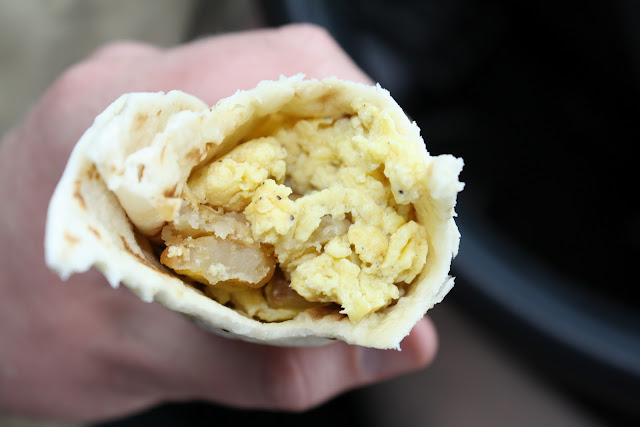 In the penultimate post of the road trip series, I thought I'd do a rundown of some things I ate on the road that don't merit an entire post by themselves. First up we have a gas station breakfast burrito. We had stopped in Texas not far outside of San Antonio to fill up on gas and I needed a water and something light to eat. So I grabbed a $1 potato and egg taco, stood in line for fifteen minutes (there were twenty people in line and only one clerk, who for some reason had to ring up sales on one register and use the drawer of another) and got back on the road.

The burrito was too dry. The day before we left, I took my car and parked it at my parents' house; we drove Elizabeth's car on this road trip. I forgot to take the packets of Taco Lita hot sauce out of my car. I could have used them here. 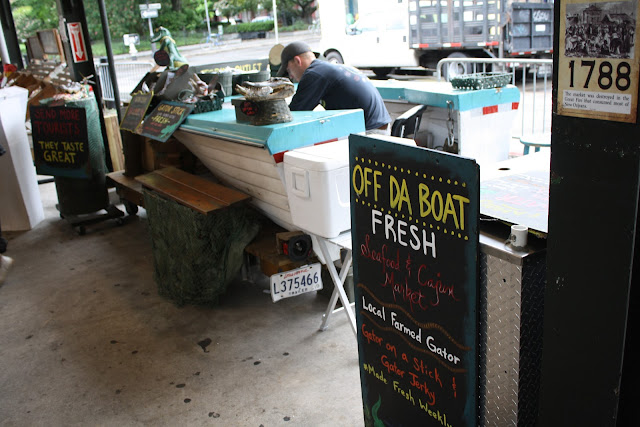 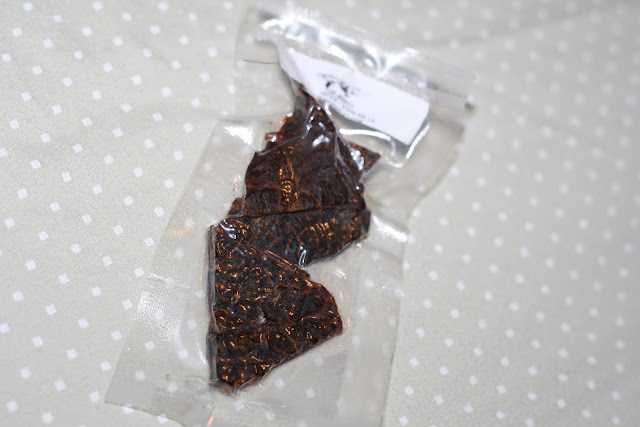 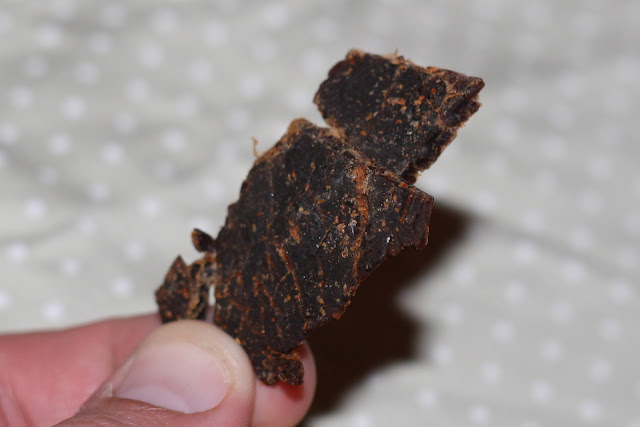 At the French Market in New Orleans I bought a small package of gator jerky. A couple of days later I opened it in Florida. It was... jerky. I wish I could say it tasted any different from beef jerky, but it did not. 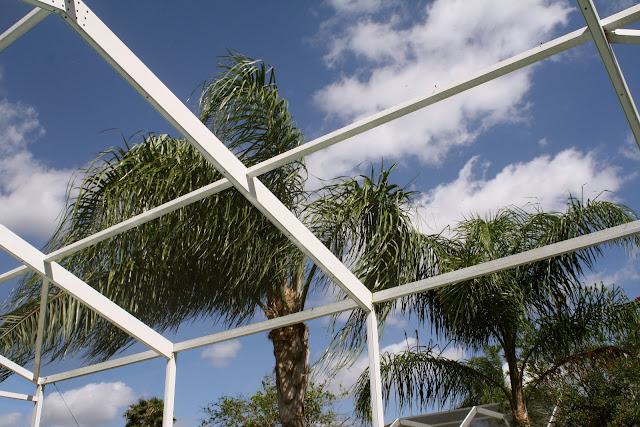 This was the view from the table by Elizabeth's parents' pool. It cooled off a lot at night, but during the day it was an incredibly pleasant place to be. I hung out there as much as I could. 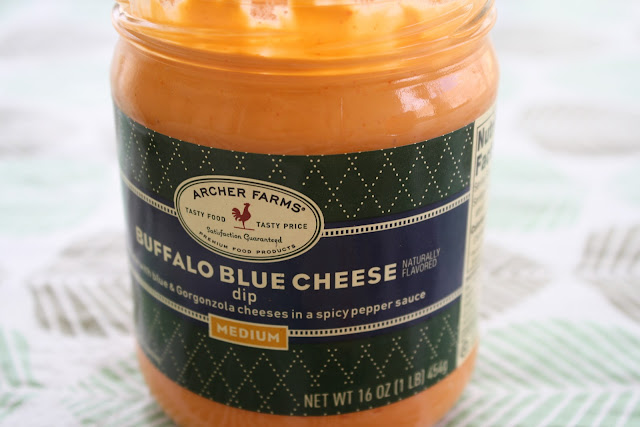 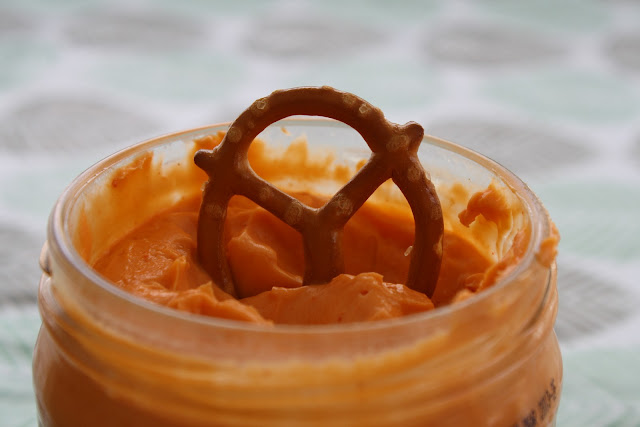 At Target (I'd stopped to buy a bathing suit and wanted one as obnoxious as I could find; they didn't have a lot in stock yet so I got one that looks like a Corona label - Elizabeth thinks it's obnoxious but I actually think it's pretty damn cool) I bought one of these containers of Buffalo Blue Cheese Dip and some pretzels. They were okay to snack on by the pool. I can't really be more effusive than that. I'm not sure it's possible to eat a good buffalo/blue cheese dip out of a jar, I think you have to make it yourself. 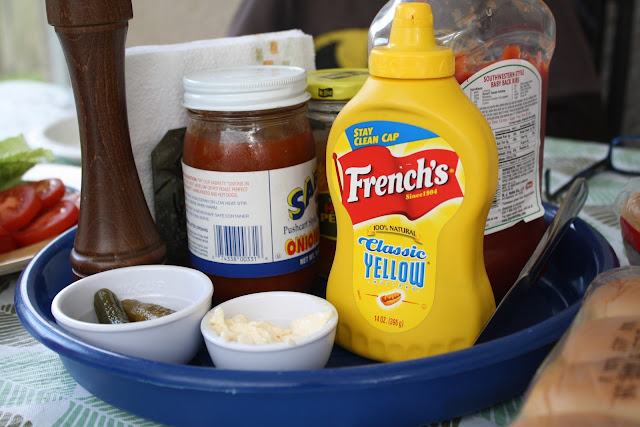 Elizabeth's mom asked if we would like it if she grilled burgers and hot dogs by the pool. I said absolutely. She put out a nice spread of condiments. 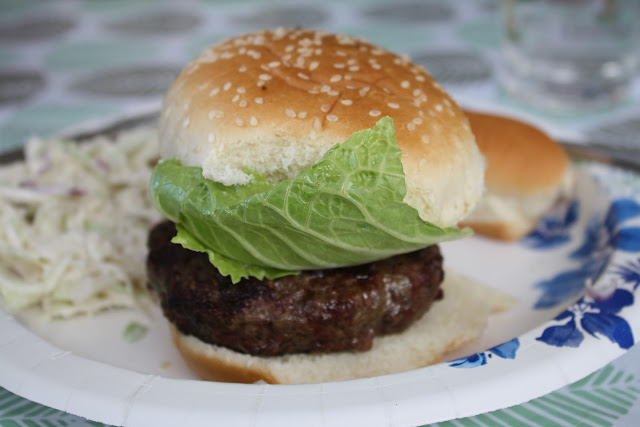 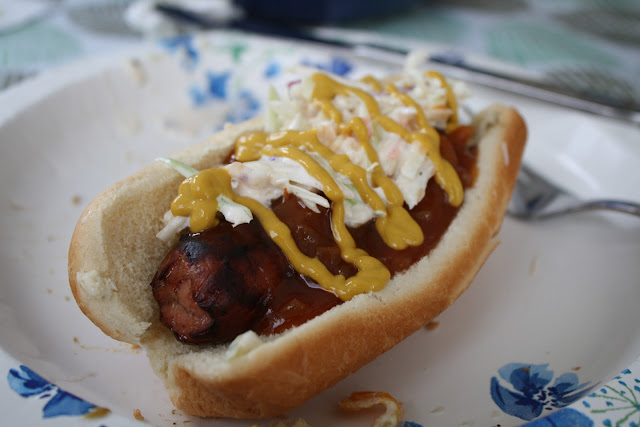 I had one of each and liked them both, though they made me miss my grill. 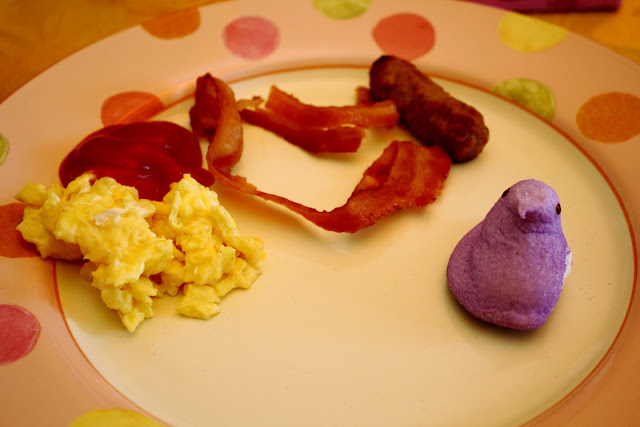 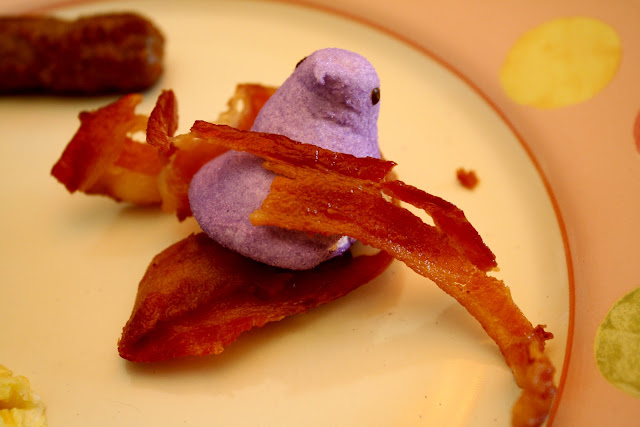 Elizabeth's mom made breakfast for the two of us, as well as Elizabeth's sister and her husband, who were also visiting Florida at the time. She apologized several times, calling it "the worst breakfast ever." It really wasn't bad at all... there just wasn't enough food. So I busted open the box of Peeps she had bought us for Easter. Have you ever seen Peeps served with breakfast? No? Well, there's a reason why. Peeps go terribly with breakfast foods. This was one of my dumbest ideas ever, and that's saying something. 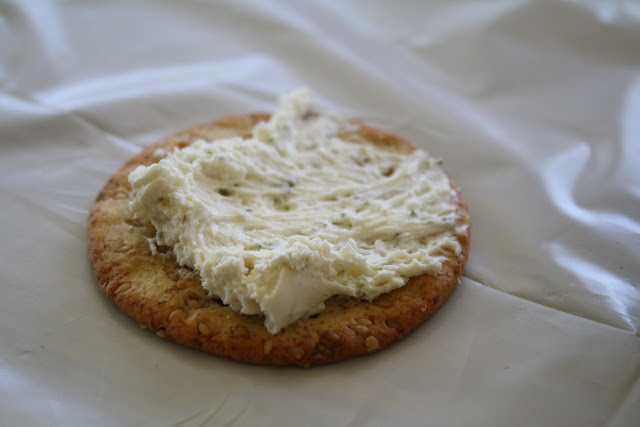 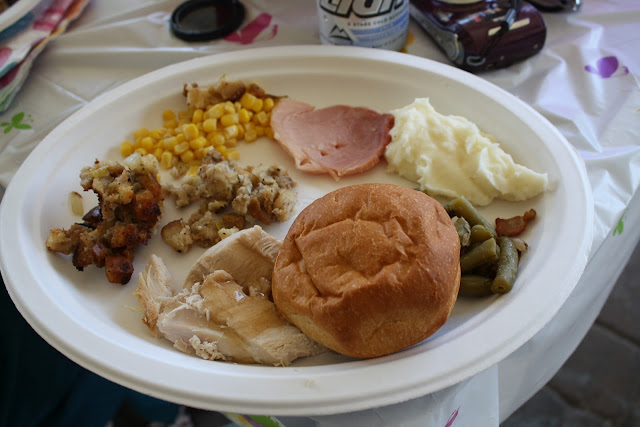 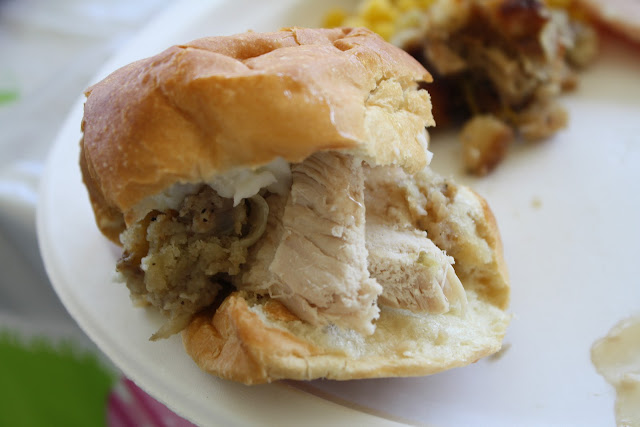 We went over to the house of one of Elizabeth's mom's friends for Easter supper. I snacked on chips and dip (and drank cold beer - it was at least 90 degrees out) and ate turkey, ham, corn, biscuits, green beans, mashed potatoes, and two kinds of stuffing.

Coming tomorrow: the last of the road trip posts.
Posted by JustinM at 10:00 AM

I miss your grill too!

It's actually Tracie's grill - I bought it for her in 2007, I'm just the only person who ever used it. But I left it in her garage when I moved. For ten bucks I'll give you the address.

Nope, I've never been to one.

I can't believe that! But of course now they're more standard c-stores than they were back in the day. Here's a video about one in GA: http://www.youtube.com/watch?v=g_n_b8kTf0g