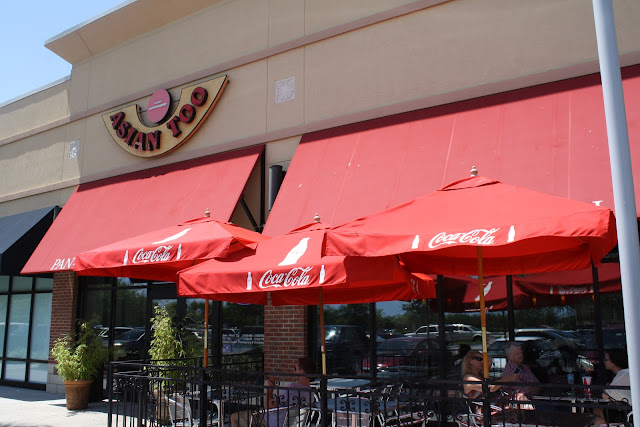 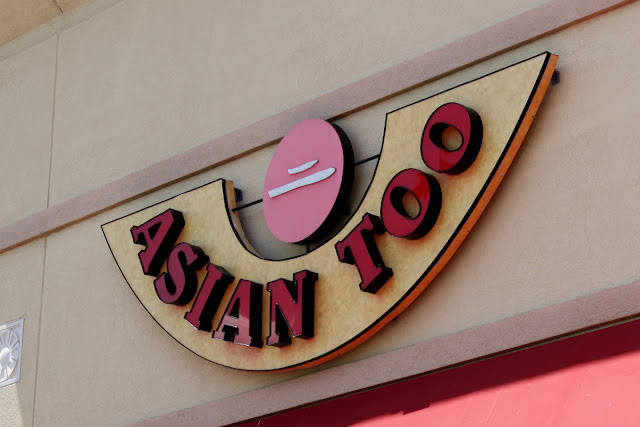 We woke up in the morning on the east coast of Florida. It was beautiful out. I've been to Florida a couple of times and neither were all that enjoyable, but this place was really nice: sunny, breezy, blue skies everywhere. Elizabeth's mom asked what we felt like doing; I wanted to go by Target and get a bathing suit to use their pool. (I had shipped my bathing suit to New York; I didn't realize the weather was going to be so pleasant and I would want to swim.)

She said there was a Chinese place near Target that she and Elizabeth's dad liked and we could go there for lunch. (It is named Asian Too - I have no idea why). I'm always up for Chinese food but I still looked up reviews on two different sites. They were not good. Hmm, I thought to myself. A poorly-reviewed Chinese restaurant on the Florida coast? This does not sound promising.

It turns out the place calls itself a "Pan-Asian eatery" and offers dishes that come from all over Asia, not just Chinese food. So there was sushi, banh mi, and tempura as well. 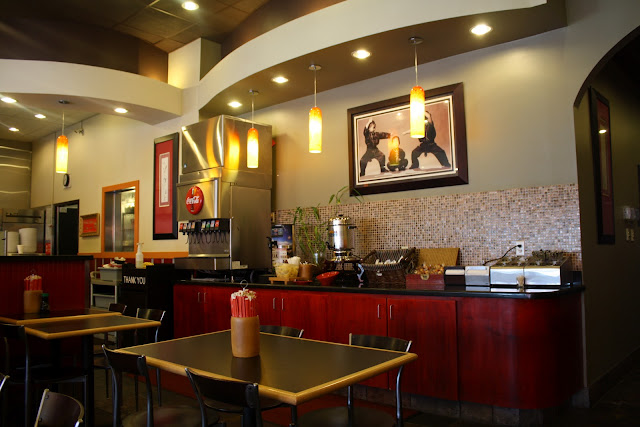 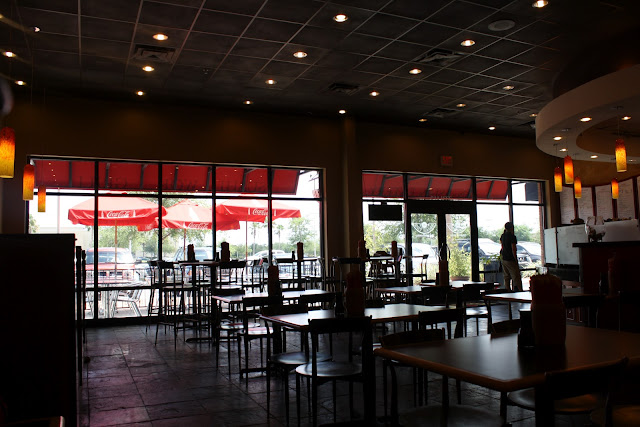 It looked like a Pickup Stix or fancy Panda Express inside. The menu was posted on the wall, you order at the counter and they give you a number - er, letter - and bring your food when it's ready. Remember the old joke about the kid who looks at his mother's driver's license and says something along the lines of "You're 5'5" and 120 pounds and I know why you're not married: because you got an F in sex"? I tried to come up with some kind of a similar joke here but I failed miserably. 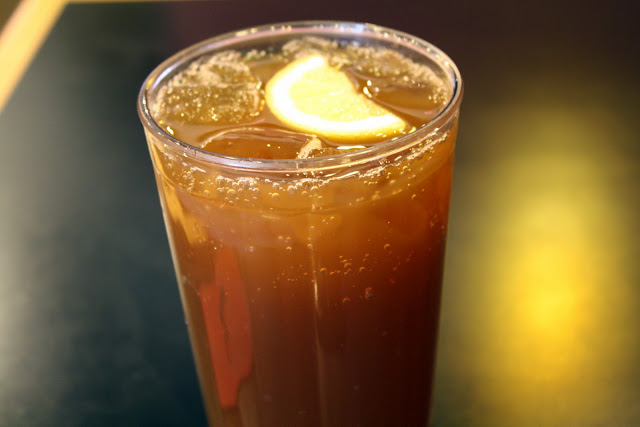 I love iced tea normally, but something about drinking it in the humid South makes it so much more enjoyable. 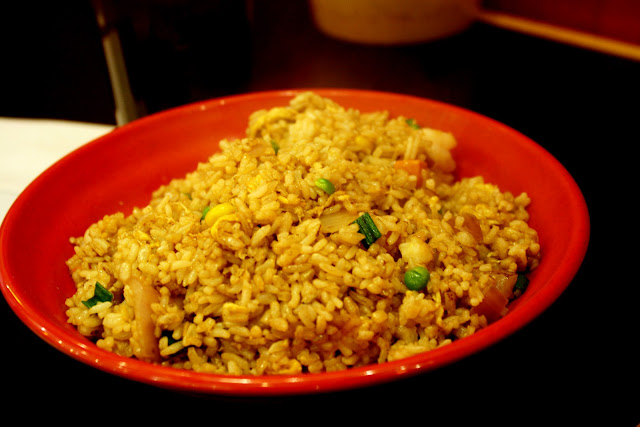 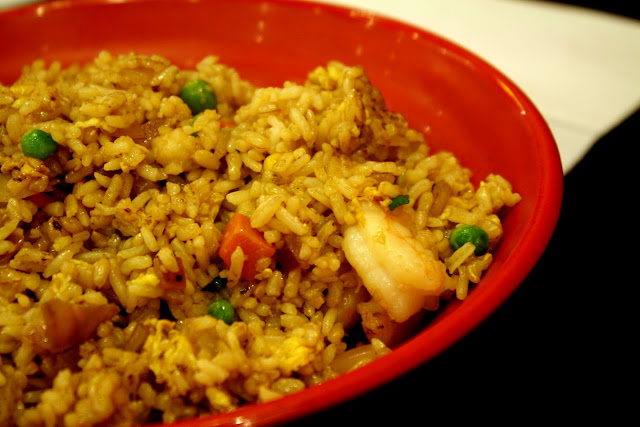 Elizabeth had the fried rice bowl with shrimp. This was delicious. (I took at least two or three bites.) It was not too salty (my main dislike of fried rice), the veggies were fresh, and the shrimp were tasty. The bowl could have used a few more shrimp for the ten-dollar price tag but overall I was impressed. 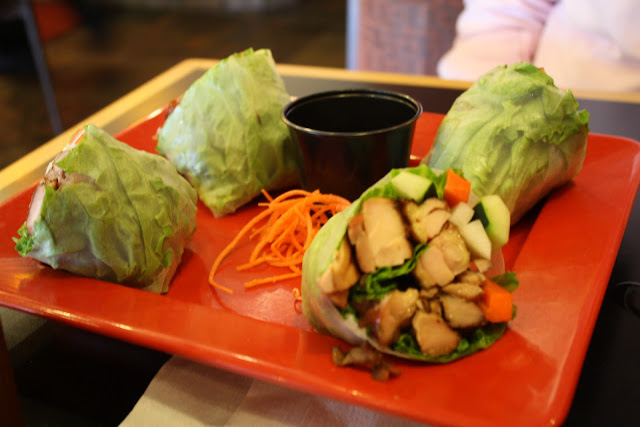 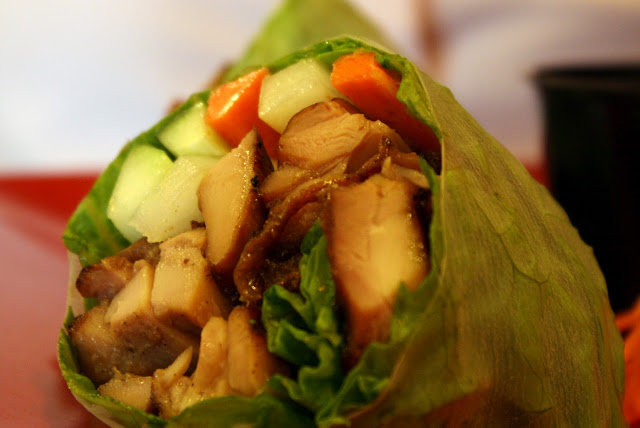 Kathy had the Bourbon Chicken wrap. I did not try any of this but it looked really good, too. (She only ate half and took the rest home; I considered sneaking a bite later that evening but did not.) The marinated, grilled chicken comes wrapped in lettuce and rice paper with radish, cucumber, carrots, and a bourbon sauce. 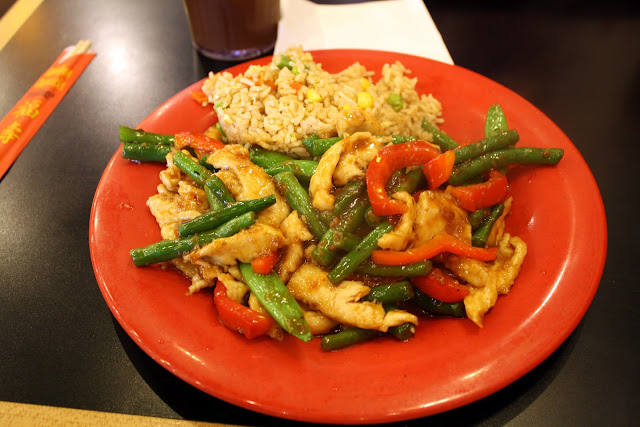 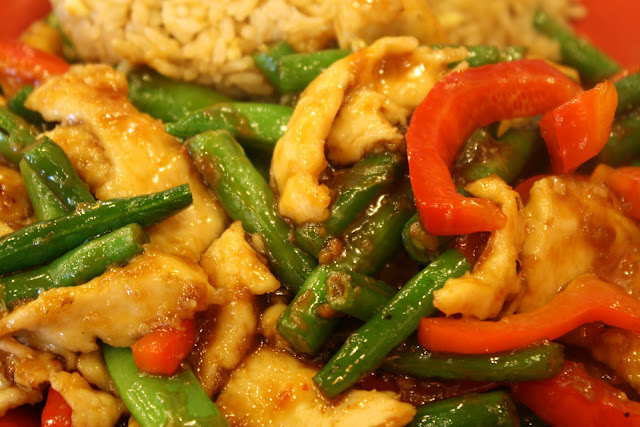 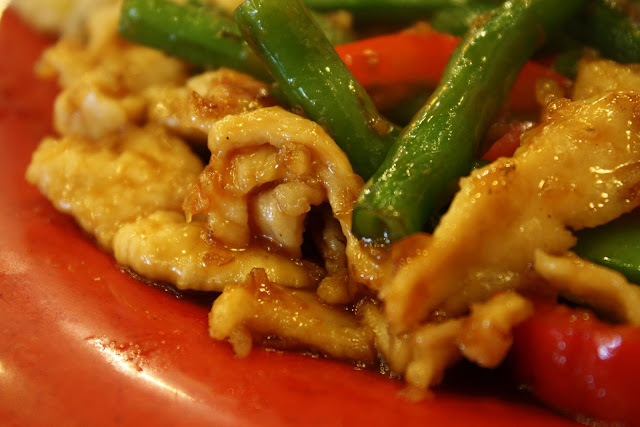 Like many of these fast-casual Asian joints, Asian Too has a menu of flavors to choose from (called "Wok Stirs" here) to which you can add your choice of protein. I decided to get the Sweet & Spicy Hunan dish, adding chicken. The "sweet & spicy" sauce comes with snap peas, green beans, and red bell peppers.

The plate came out very hot, and I certainly enjoyed it. But, as often happens in these circumstances, the sauce was disappointing: it was all sweet with no heat. I have claimed in the past that 95% of Americanized Chinese restaurants that promise "sweet and sour" sauces deliver only on the sweet part. This was no exception. But the white meat chicken was tasty and the vegetables were all crisp and fresh, and I cleaned the plate.

Some of the other items I saw going by - especially the sushi - did not look very appetizing, so I can see how a meal here could be pretty bad. But I think we all chose well. It wasn't a great meal, but it was certainly good, and I would have no problem going back.
Posted by JustinM at 10:00 AM