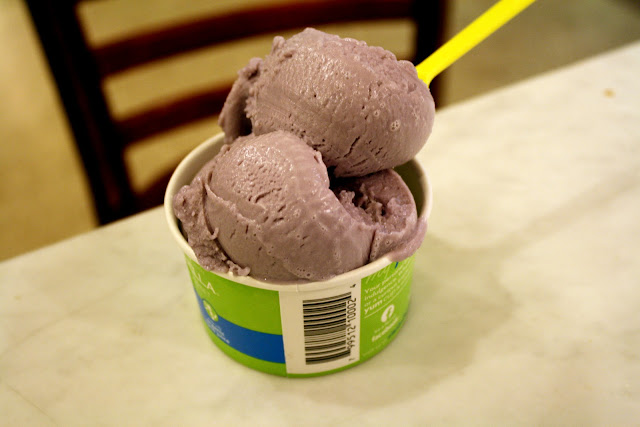 We went upstate for 48 hours to do a few things and I caught a really nasty cold. So I'm just doing a quick recap of things we ate this weekend. First up, at Grand Central, a blueberry gelato for Elizabeth. She gave me a bite but I wasn't a huge fan. 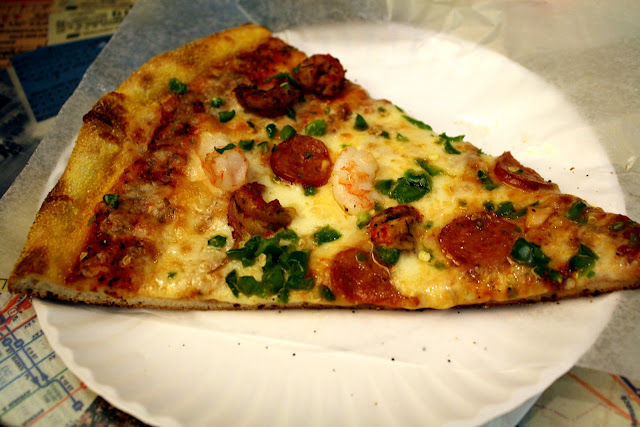 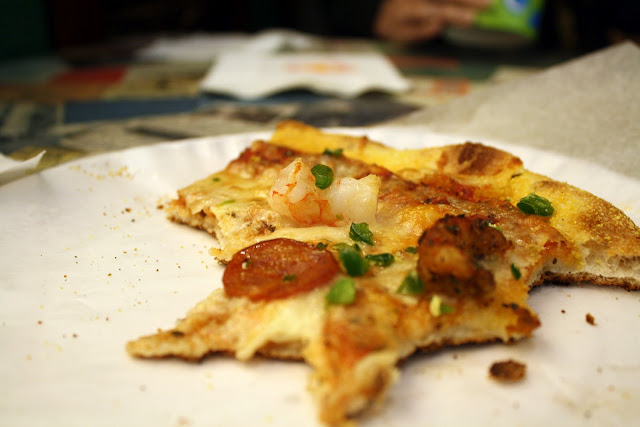 I got myself a slice of pizza. When we were in New York two years ago, a reader asked me if I would please try a slice of the Mr. Pink pizza from Two Boots. So, waiting for the same train at Grand Central, I did. I thought it was no better than average, though I allowed for the fact that getting pizza at the dining concourse of Grand Central probably wasn't the best indicator of the restaurant's quality.

I also noticed that they had a pizza called the Bayou Beast, with shrimp, crawfish, andouille sausage and jalapenos. I thought it sounded awesome and made a note to try it next time I ate at Two Boots. (I even made my own version last summer.)

Well, I finally got my slice and I freaking loved it. I plan to get to a non-Grand Central location soon and try Two Boots pizza. I bet it's even better. Elizabeth's grandmother passed away in March and her mom and her sisters were at the house to get it ready for sale. So we went there on Mother's Day. The ladies were hosting a get-together in the afternoon for some of the nurses who looked after Elizabeth's grandmother in her last months, and I was asked if I would man the grill. I said of course. I cracked myself a Corona - it was a beautiful day - and worked the grill for a while. 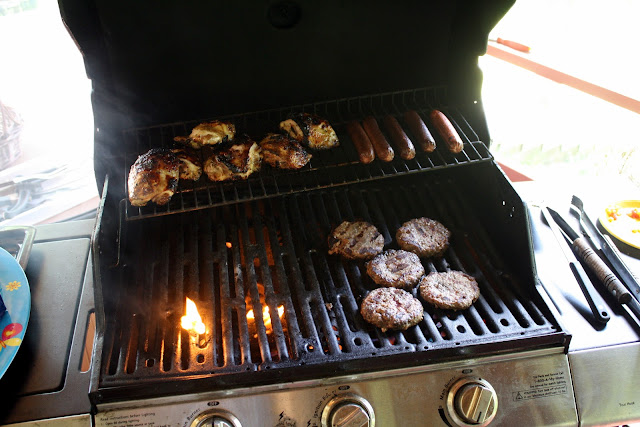 Burgers, hot dogs and chicken thighs. Nothing too difficult. 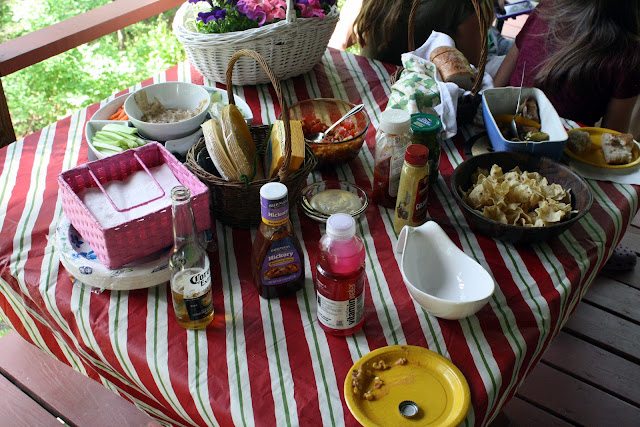 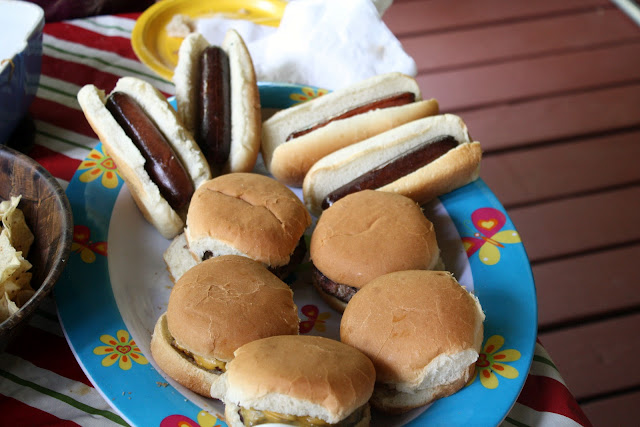 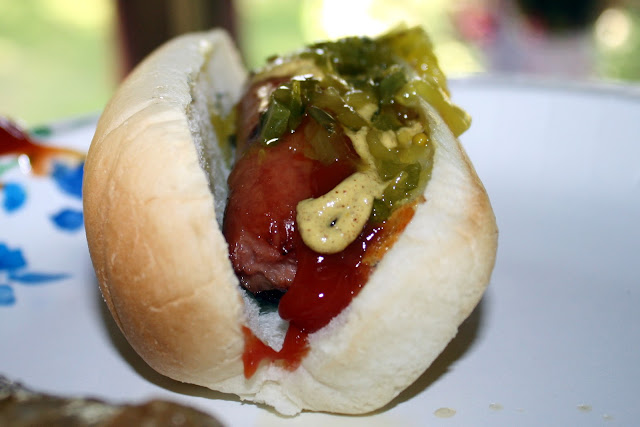 The burgers went the fastest, but I was partial to the hot dogs. 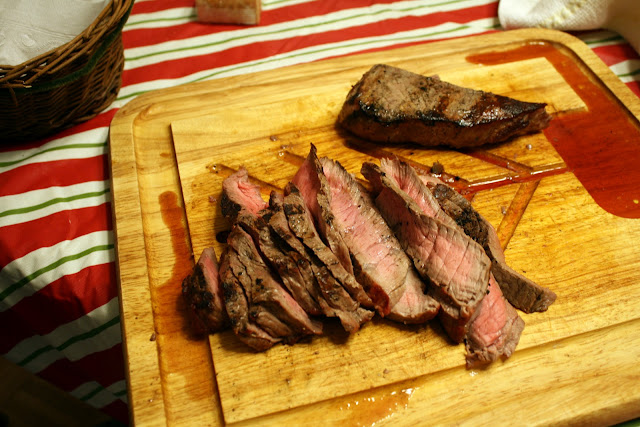 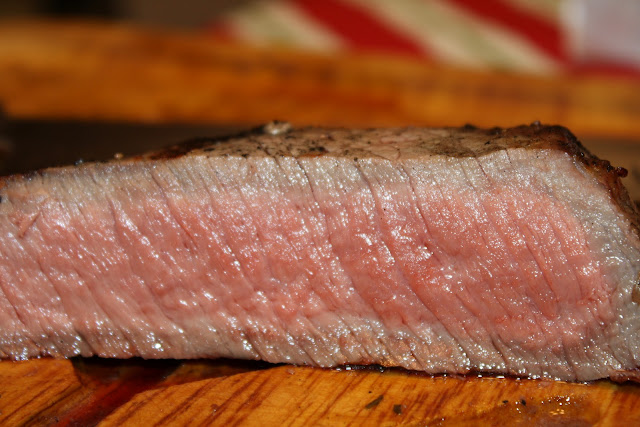 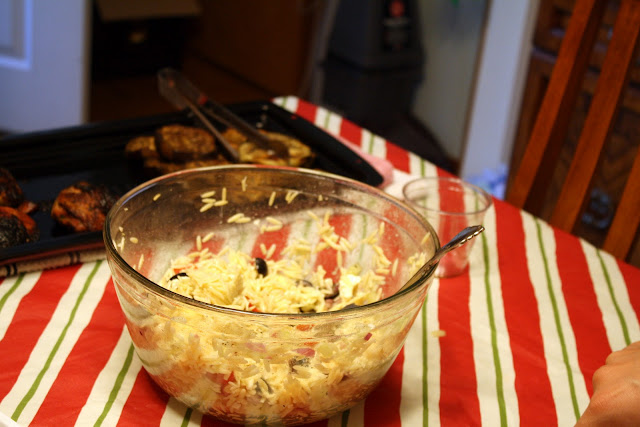 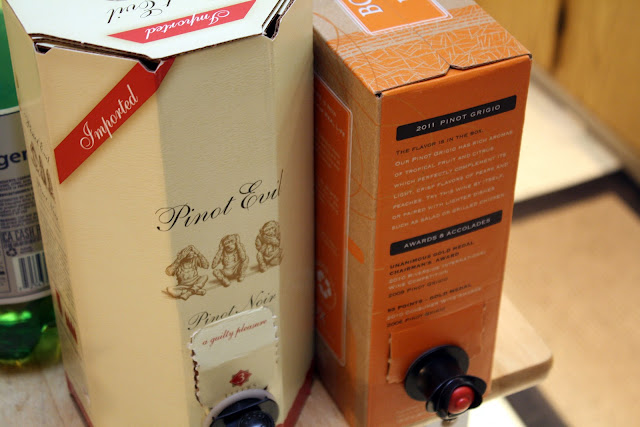 For Mother's Day supper there was steak, pasta salad, chicken, grilled veggies, and for some reason a boxed wine called Pinot Evil. But I was sick by this point so I had nothing to do with either making or eating the food nor tasting the wine. 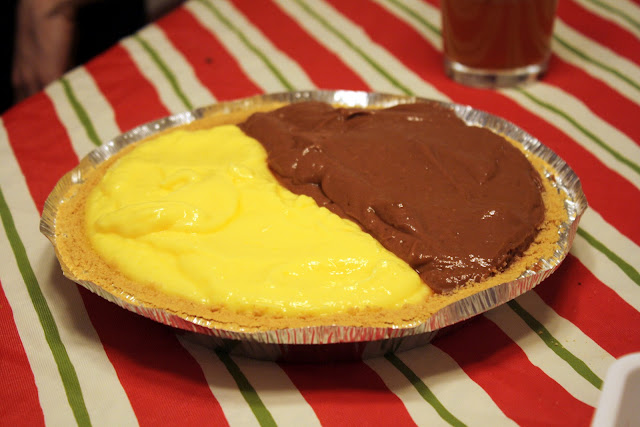 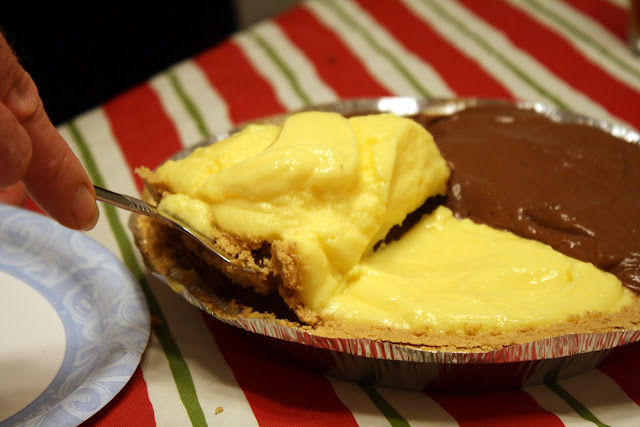 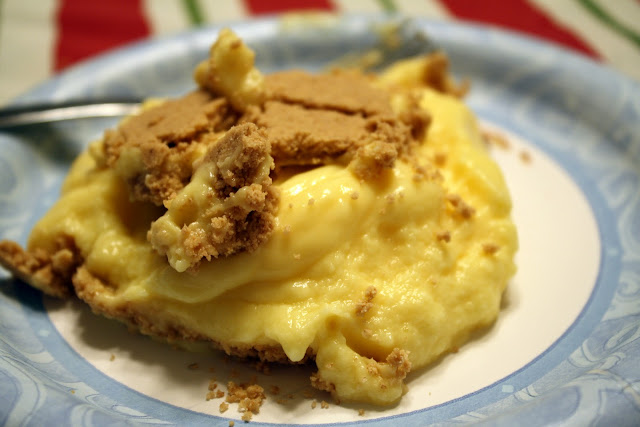 Elizabeth's aunt Ellen knows I don't like chocolate, so she made a pudding pie that was half chocolate and half vanilla. Even though I had no appetite, I had to try a slice, since she made that effort for me. It was delicious. I wish I had more taste buds, but maybe she'll make it again one day. 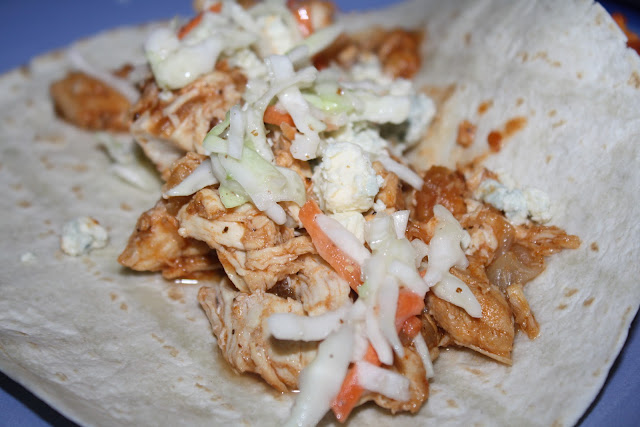 When we got home I still had almost no appetite, but I knew I should eat something. So I threw together some shredded chicken in a tortilla, topped it with slaw, and drizzled it with hot sauce.

I'm going to rest all day today and hopefully get a better post done for you tomorrow.
Posted by JustinM at 10:00 AM

yikes! hope you are feeling better and get your appetite back. glad you liked the two boots - i had it in la and thought it was just okay. maybe i should try the bayou next go round.

I lived in NYC for over 12 years, the best slice in the city is by far Sal & Carmines on Broadway at 102...it was started by 2 cranky (real) italian brothers - one has since passed away, but if you want a truly NYC slice - this is the litmus test.

AND if you just want the the 2 best sandwiches in NY, one is at Pastis (lunch only) the steak sandwich. The other is to go only - Faicco's italian specialties (West Village), get the chicken cutlet fresh Mozz and pesto - trust me you will NOT be disappointed (they are also famous for their Italian sandwich also fine, but the chicken cutlet wins out for me.

Banana and Amy T: Thanks. Lots of rest and Theraflu for me.

Amy W: Thanks for the tips.