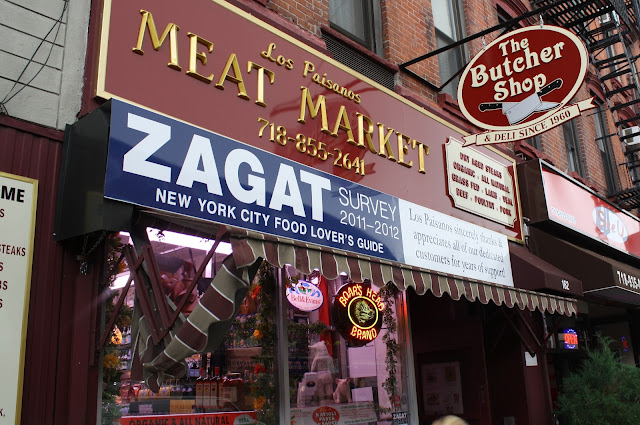 My brother was in town for 17 hours, scouting a location for something he's going to be doing here in three weeks, so I tagged along with him. After we were done, we went for a walk. He wanted to see Los Paisanos, the butcher shop I wrote about two days ago. He was impressed: "This place looks amazing," he said.

He couldn't stick around for dinner, his flight was at 7, but I still picked up something for me and Elizabeth. 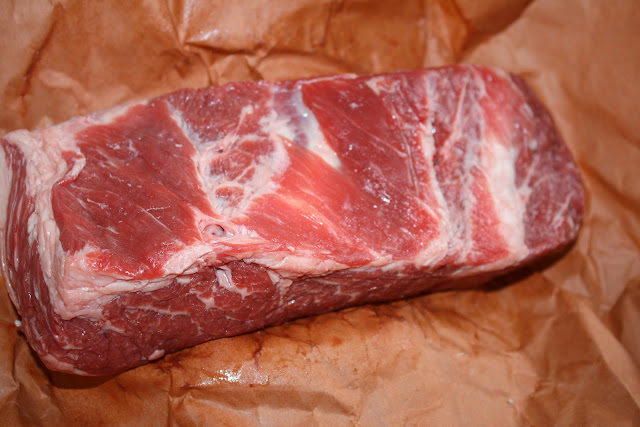 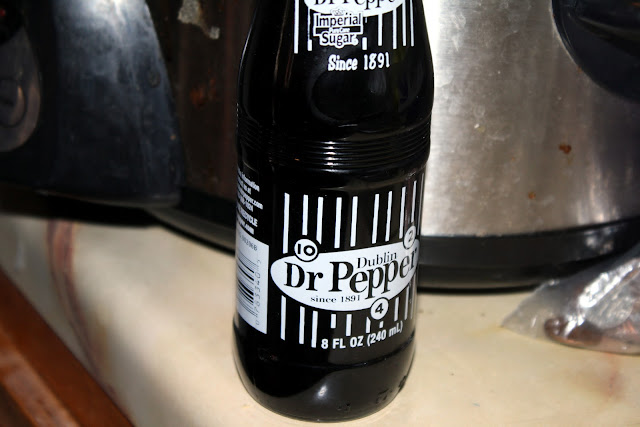 I sliced up a sweet onion and placed it in the slow-cooker, emptying a bottle of Dublin Dr Pepper into the base, before laying the short ribs on top. 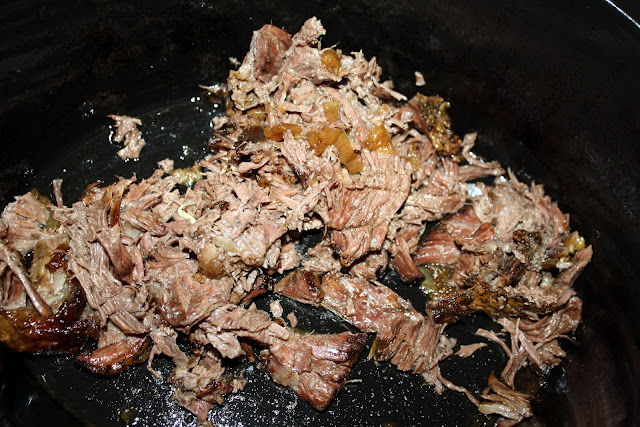 After seven hours I drained the liquid and most of the onions and pulled the meat apart. 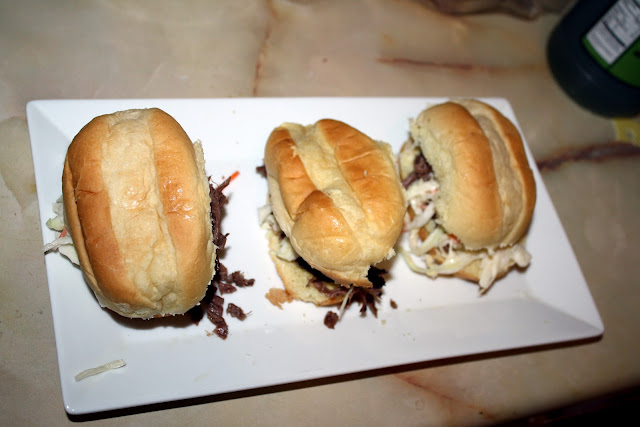 I placed the meat on mini potato rolls and added a couple of spoonfuls of slaw to each. 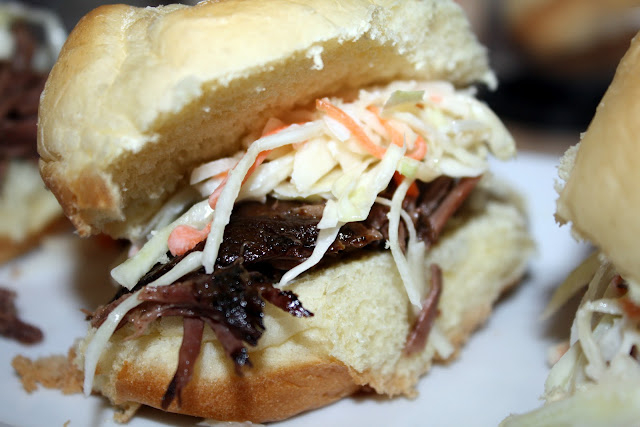 They were quite good. Not as good as the brisket/short rib burger patties, but I really enjoyed the tender meat on the soft mini-rolls, with the always-welcome crunch of slaw. 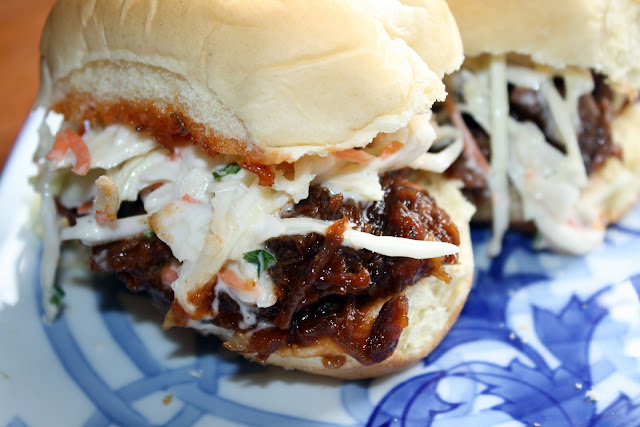 Whenever I've had short rib sliders in a restaurant, the meat comes drenched in barbecue sauce. I've always assumed they were just trying to mask the flavor of the meat, as if maybe they hadn't used top-quality beef. (The other possibility? That they don't cook the short ribs themselves and simply buy meat already mixed with sauce.)

But I decided to try one of my sliders with sauce anyway. It was good, no doubt, but the sugary barbecue sauce did not add anything.

I will make these again - perhaps with some pickled red onions and aioli - but I don't think they will be a part of the usual rotation like the burger patties will.
Posted by JustinM at 9:53 AM

Enjoy it while supply's last!!

When I first heard the news back in SoPas, I went out and bought ten bottles. Then Tracie had the same thought and bought two bottles for us. We brought those two to Brooklyn and this was one of them. The other is still in our fridge, we might save it until there are NO MORE left in the stores.

The same day I heard the news I went to Galco's and bought two 6 packs.

Howdy Justin ... is your slow cooker smaller than a 5 or 6 quart? Ours is a 5 quart and the instruction booklet admonishes us to always fill the crock at least halfway. That would end up being 6 or 8 chicken breasts, I estimate; far too much food for our tiny family. Thanks for your feedback when convenient -- sure love reading your posts!

Hello there, thanks for the compliment. My slow cooker is 6 quarts. I've read that advice to always fill it between 1/2 and 2/3 full, but not once have I had a problem only cooking two chicken breasts or a few meatballs. I just cook it for a little less time than I normally would - no more than 1/4 less time.

I HAVE had a problem with putting too much stuff in (I filled it with too many meatballs once and the balls on top just weren't done enough).