Picnic on the High Line 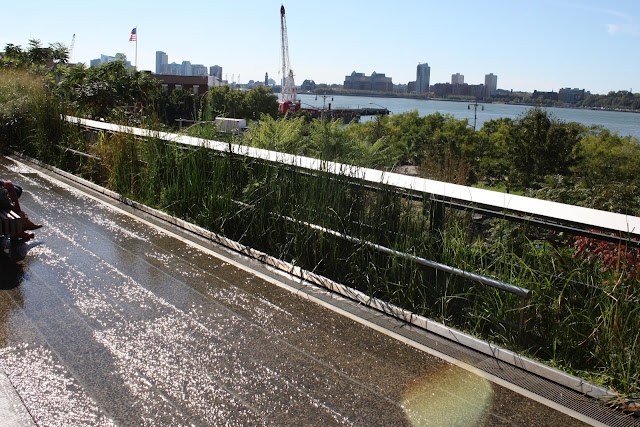 The other day, Bryce and Amy said they wanted to visit Chelsea Market, pick up some food, and eat on the High Line. They asked me if I wanted to join and I said sure. 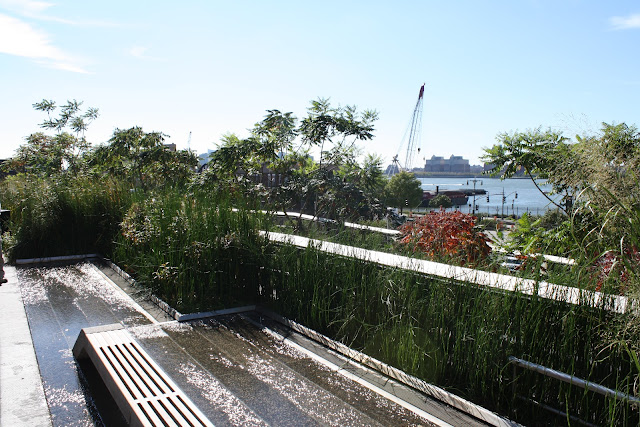 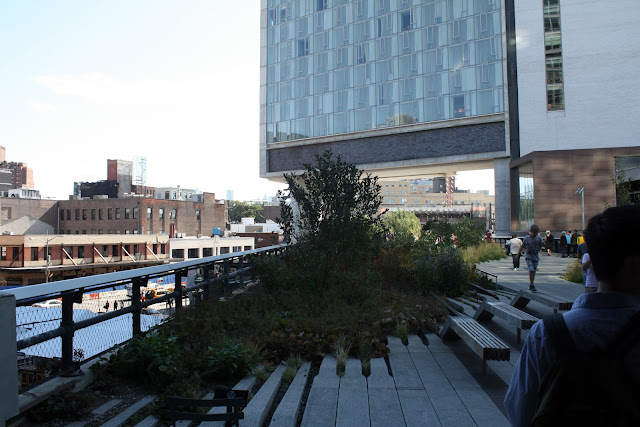 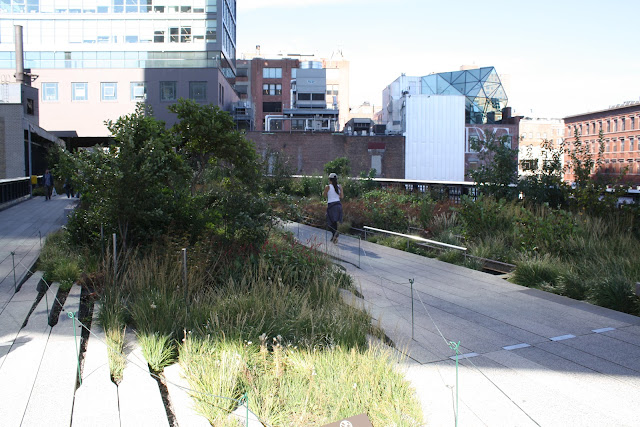 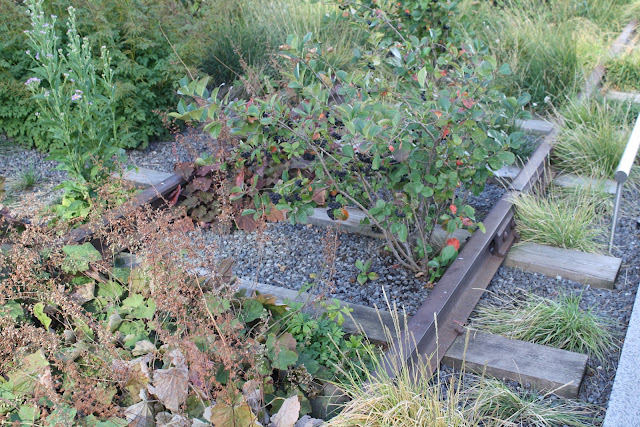 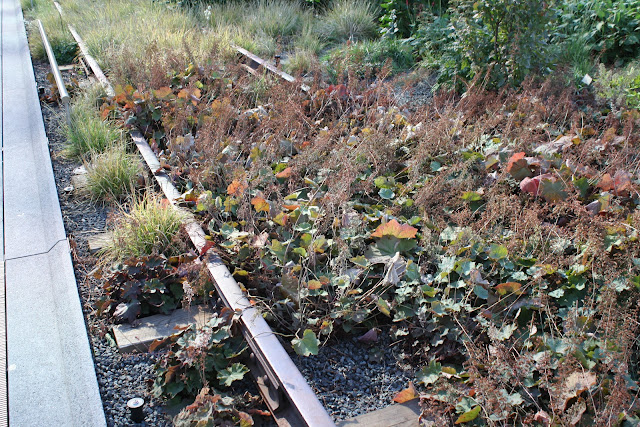 The High Line is a one-mile stretch of elevated railroad that has been turned into an urban park. Even on a (relatively) cool, windy day it was crowded; I can only imagine what it's like on hot summer days. But it was still quite enjoyable. 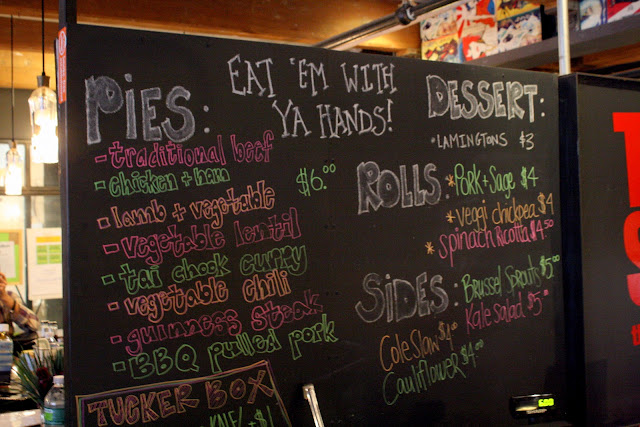 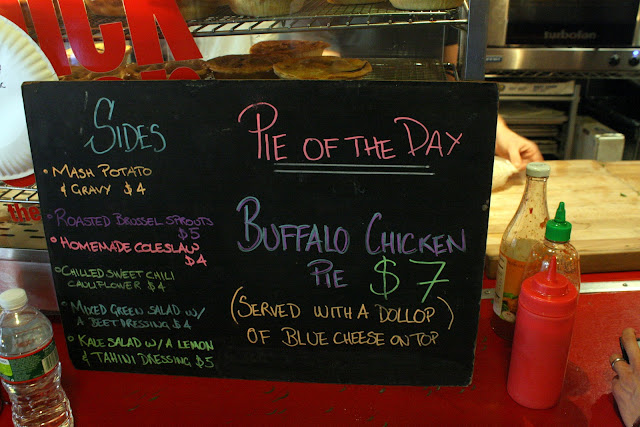 Bryce and I decided to pick up pies at the Tuck Shop in Chelsea Market. 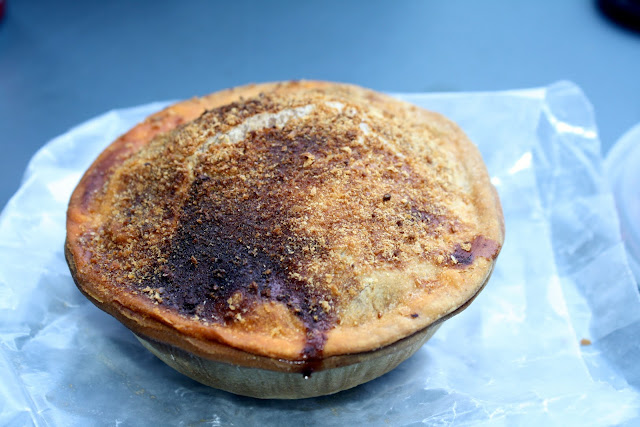 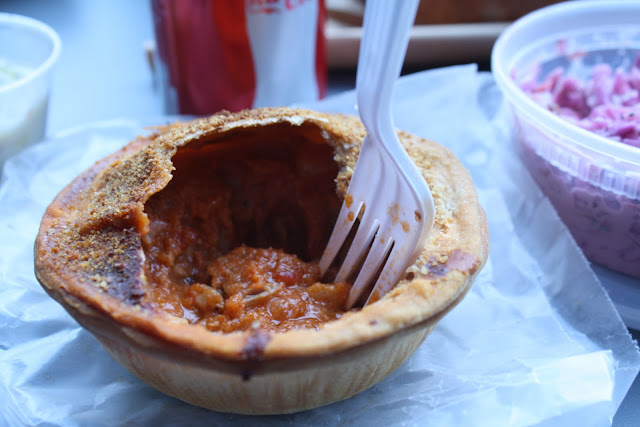 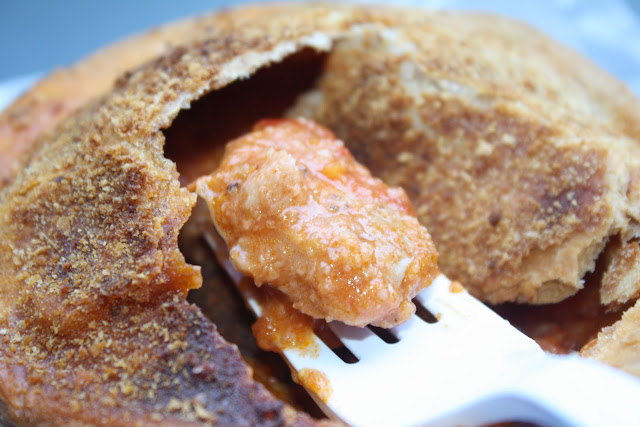 My buffalo chicken pie was disappointing. I liked the flavors, but look at the inside: there was perhaps a quarter-cup of filling. I was expecting a little more. 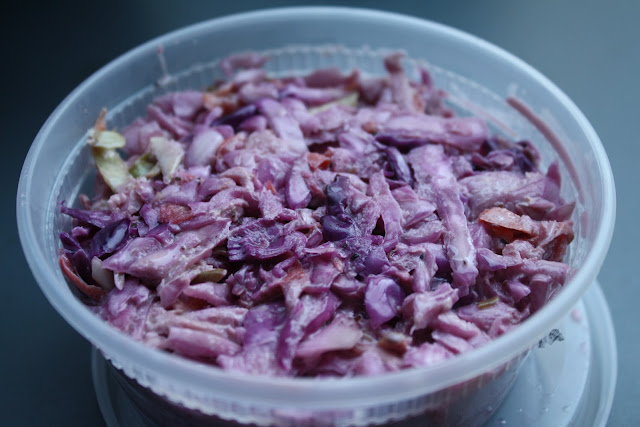 The red cabbage slaw was delicious, though. 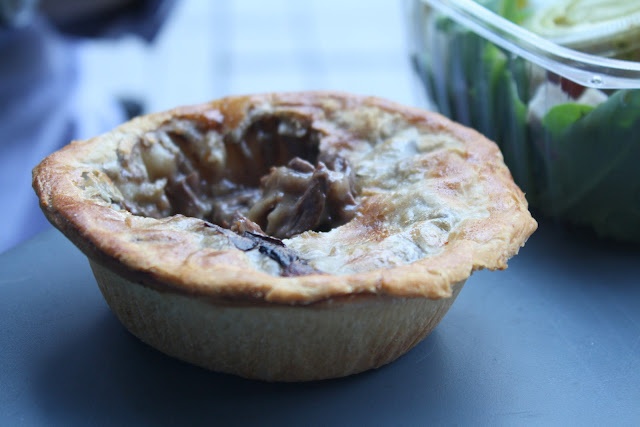 Bryce's Guinness steak pie had a little more filling than mine, and he was smart enough to buy two pies - he also got a Thai curry, which he devoured before I could take a picture. 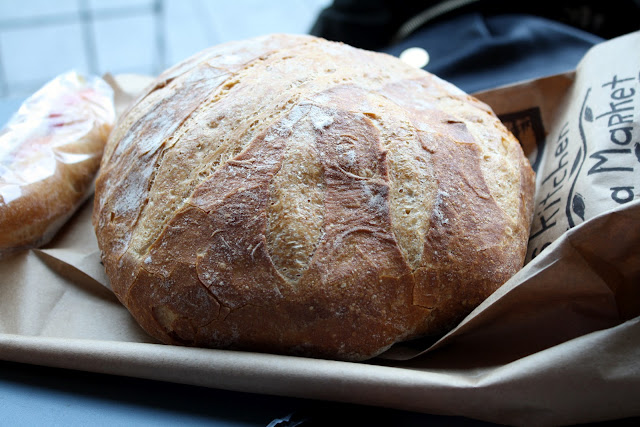 Amy bought a massive loaf of bread from Amy's Bread, and I had a little piece. It was really good. 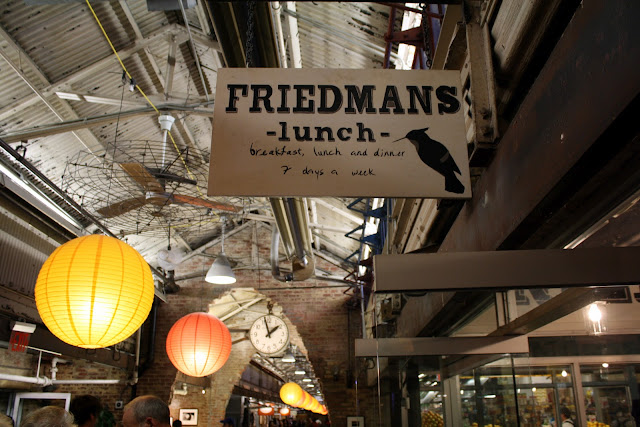 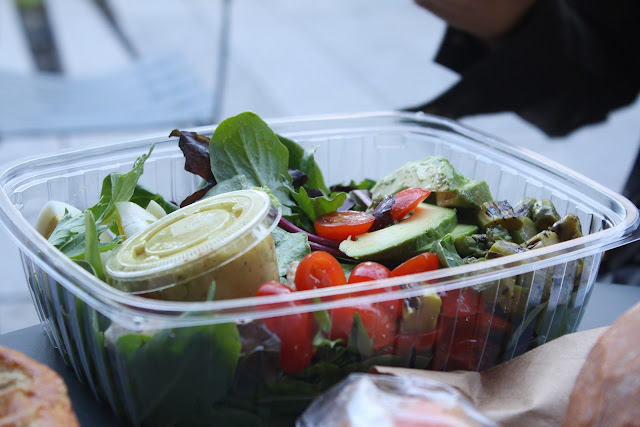 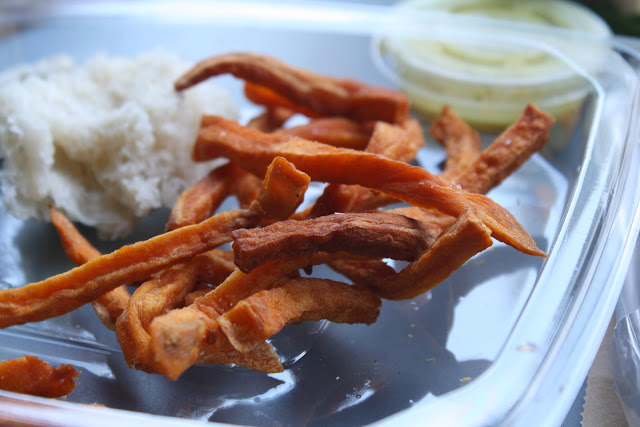 At Friedman's Lunch, Amy picked up a salad for herself and some sweet potato fries for Lucy. I had a few of the fries. It's not fair to judge them when we didn't eat them for at least twenty minutes after receiving them, so I won't. Obviously they weren't terrible, since I ate more than one. 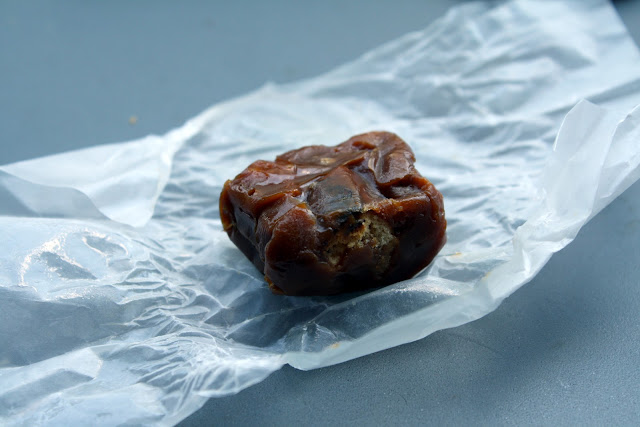 And at the end of lunch, Amy surprised me with a beer-pretzel caramel. It was good; I couldn't really taste beer but the pretzel was noticeable. I'm not sure I could eat more than one of these in a sitting, but I really liked it.

Next time I return to the High Line I will eat from one of the many vendors selling food there.

high line looks like a bunch of overgrown plants

I think they are forcing the highline to be "romantic", yet you cannot bring a bottle of wine... The concept is good but the execution is blah. I perfer taking a date to a regular, semi empty park; more natural.