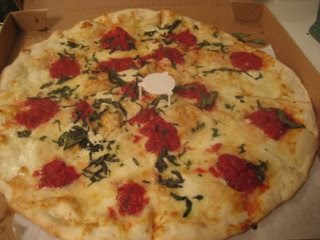 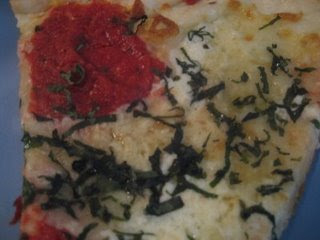 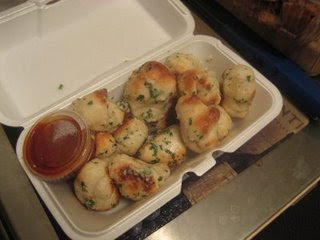 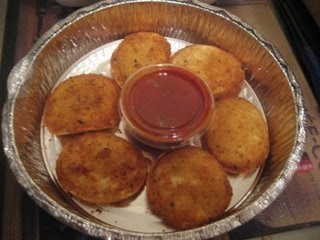 The options for eating in Southern California are about as good as you can get anywhere in the world. From In-N-Out hamburgers to Pad Thai in Thai Town, from al pastor tacos at a taco truck at 2 in the morning to farmers market sweet corn that was picked only a few hours earlier, it's fantastic. I won't even go into dim sum.

But it's almost impossible to get great pizza. Even pizza places that people swear by, in my opinion, are only adequate. (It's also impossible to get bad pizza, not counting a slice I had at the L.A. Farmers Market that was comical in its appearance, texture, and taste.) Casa Bianca is very, very good... but I prefer just about any hole-in-the-wall pizza joint in Manhattan to Casa Bianca. Zelo in Arcadia is good, but it never feels like I'm eating pizza, it feels more like I am eating a great meal that just happens to have crust on the bottom. Truthfully, I haven't loved a pizza place since King Arthur's closed down more than a decade ago. La Fornaretta in Old Pasadena may be the closest I have come since then, but it is long gone now.

Mamma's in South Pasadena is my favorite place at the moment. Their crust is thin but not crispy, their slices are large, and their prices are good. Their margherita pizza is the best I have ever had in California: topped with basil, olive oil, and their "margherita sauce," a sweet and zesty sauce that I would gladly make the only pizza sauce I ever eat for the rest of my life.

My friend, who moved out here from New York City this year, lives close to Mamma's, and she agrees with me that this is the closest pizza in town to what she used to eat in New York. (She was also with me when I got the aforementioned slice at the Farmers Market and the look on her face was priceless; I imagine it was similar to the look I got once in Colorado when I went to a Chinese restaurant and was served chicken fingers with terriyaki sauce.) She is a huge fan of their garlic knots. I merely enjoy them. The toasted cheese ravioli is good (as if fried pieces of cheese would not be good) but nothing spectacular.

Mamma's is also the only place around that passes the test which no other pizza place has done since King Arthur's: it is even better cold the next day.

Mmm, mmm, good! As a Southy myself I am pleased to see you give the Good Housekeeping Seal of Approval to Mama's... I remember checking it out for the 1st time shortly after their "grand opening" and witnessing Mama & Papa-san exchange the most hilarious series of personal barbs (in English & Eyetalian) in full view... man, it was funny... anywho, that Margy pizza is awesome and so is the Chicken Ranch - not traditional, but crazy good.

Ah, I'm glad you enjoy it, too. One of these days you can come over and we can order the "Mega 28 inch" pizza. I have not yet ordered that size, as it says it serves 8-10 people, and I usually can only eat for 6 people.