Christmas Caroling & The Legend of the Beer Wagon 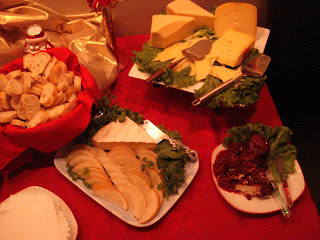 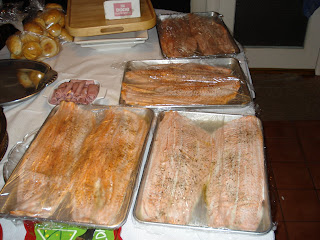 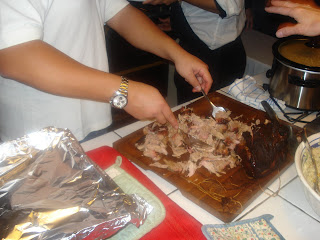 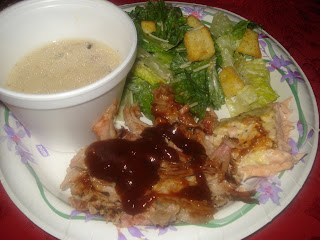 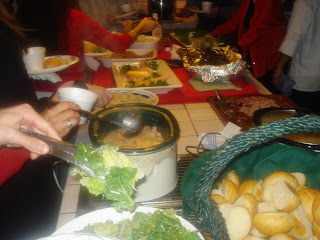 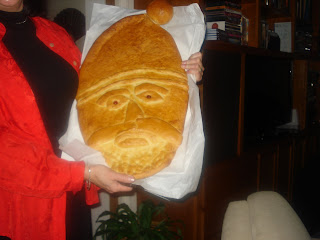 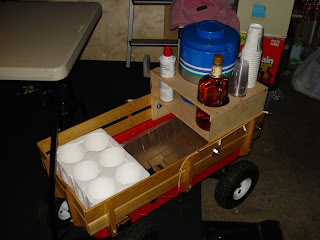 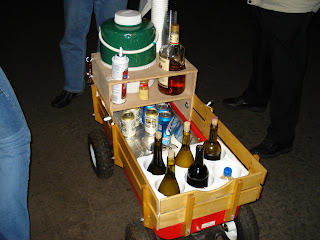 My friend's parents have hosted a Christmas Caroling party for many years. I have been going for about a decade and it's always a great time. This year there was an absolute feast. We started with several different kinds of cheese, although I was partial to the Jarlsberg Swiss.

The picture of the salmon on the table is probably only half of the amount they cooked. It was very good. There was plenty of pulled pork, too. The soup was a chicken and bacon chowder. I'm not a soup fan, but I absolutely loved this. And for dessert there was a giant cookie shaped like Santa, although I did not get around to having any. (There was a keg of Kirin and I just stayed close to that instead of having dessert.)

And then there was the Beer Wagon. For many years, when we went out caroling, we would just stuff our pockets with as many beers as possible. Someone would always have a thermos or a flask that lasted for a while, but we would frequently run out of beers and have to go back to the house to load up again, which would cause you to miss at least a couple songs.

Then 6 years ago my buddy Zach and I were looking at an add for Harbor Freight tools and a wagon was on sale. What if, we reasoned, we carried a wagon full of beer with us during caroling? (This was not particularly inspired on our part, by the way; pretty much every idea we've ever had revolves around beer. Years ago we lived together in a house on a huge lot and there was a speedboat in the yard that had not been used in 30 years. We cut out the engine, cut the boat into pieces, reassembled it next to the pool, and turned it into a bar. We put a wooden bar along the gunnel and stuck a small fridge inside the boat. Perhaps one day I should do an entry about the building of the boat bar.)

That first year we simply dumped a bunch of ice in the wagon and put beers on top. Then the next year a cider dispenser was attached to the back of the wagon and Christmas lights were strung along it. By now my friends Zach and Tyler have turned the wagon into a work of art: they built a platform to carry the cider and some rum, and there is always a few bottles of wine and some beer in the bed of the wagon. It comes with us around the neighborhood and people refill their drinks after each caroling stop.

Actually, maybe it was an inspired idea. Maybe it was the best idea we've ever had.