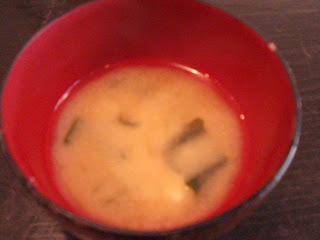 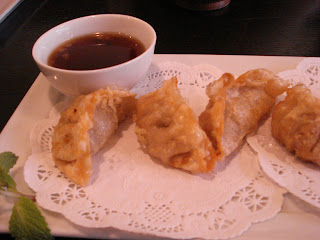 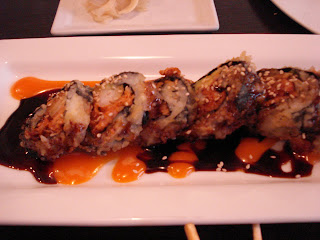 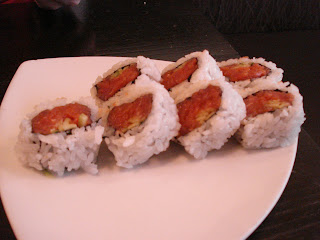 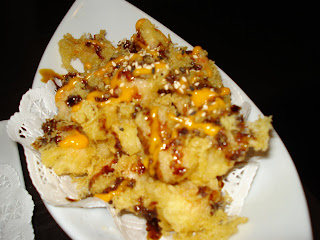 Back when I was in high school and Old Pasadena was cool, the Rack Shack was one of my favorite places. This was back before there was a Tiffany or Cheesecake Factory, back when you could get good tacos on Colorado Blvd. and there were real musicians playing on the street. I once was out getting dinner at Jake's after a basketball game and saw the aftermath of vicious crime. (There was nothing cool about that per se, but there was a sense of Old Pasadena being a real city, instead of the outdoor mall it has become.)

The Rack Shack had passable barbecue and cold beer. When I was in my early 20s it was routine for my friend Zach and I to have dinner there: two sandwiches with spicy fries (really just their regular fries with hot sauce doused liberally over them,) an order of onion rings, and a pitcher of beer, which all together cost just under $20.

Then it became a sushi place. At that point I did not like sushi at all, but enough of my friends liked it that I started trying things, and eventually I came to love sushi. A couple years ago that restaurant became Tani, which is now my favorite sushi restaurant anywhere. My friend and I went there Sunday to commemorate a special day for us.

It was pretty chilly out, so we each had a bowl of miso soup. I have never been a fan of soup, but this is by far the best miso soup I have ever had. Another favorite of mine at Tani is the gyoza, which they fry perfectly (when I fry gyoza I always seem to overcook them.)

The third picture is of a roll I ordered that I had never tried before. It sounded good - spicy crab and shrimp tempura with a spicy sauce - but it was a disappointment. Strangely, I found it completely flavorless. The fourth picture is the spicy tuna roll. I always seem to get one of these at Tani, and it is always good.

The last picture is my favorite dish - popcorn lobster. They take small pieces of lobster and fry them in a tempura batter and cover them with a spicy sauce. They are melt-in-your-mouth good. I could eat these every day.

Tani is never crowded. I don't know if I'm just unsophisticated when it comes to sushi (I've only been eating it about 5 years) and this is actually lousy sushi, or if the plethora of sushi places in Old Pasadena dilutes the number of customers. Tani is certainly not cheap, but they give you large portions, so I would not say it's overpriced. At any rate, I'm okay with it never being crowded, as long as they stay in business. (Unless the Rack Shack wants to come back.)