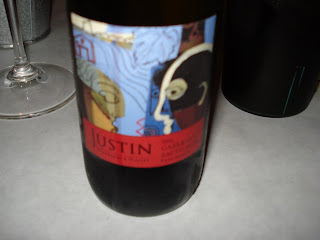 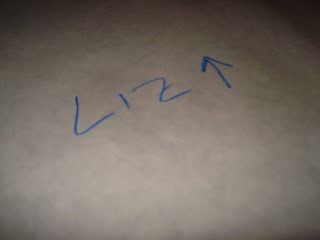 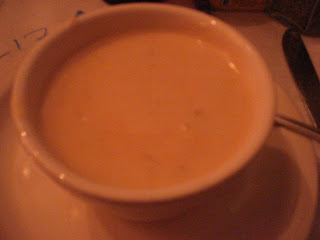 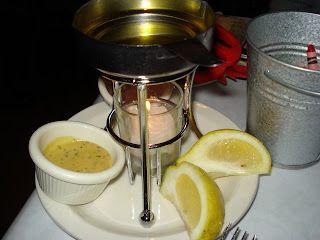 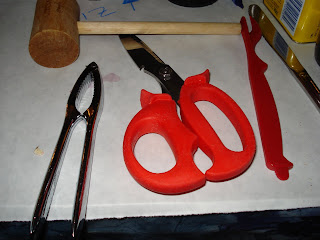 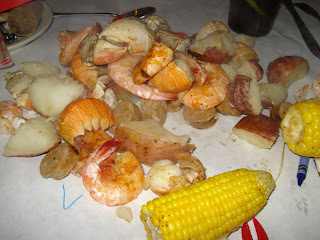 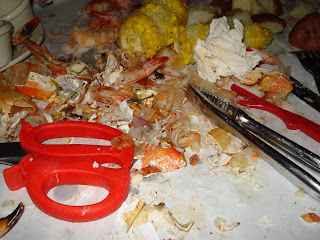 It would be hard for me to accurately list the top 5 meals of my life. When I was a kid I ate at Commander's Palace; I do not remember a single thing about it. I once ate at Chez Panisse and found the food to be stunningly boring. Various other fancy restaurants over the years were good, but pale in comparison to the time my brother and I ate lobsters and drank pints of Guinness on a dead-end street on the west coast of Ireland, or my first trip to Arthur Bryant's, where my friend Tom and I ate so many of their lard-cooked fries that we did not eat again for 48 hours.

But my most recent meal at the Cracked Crab would have to make the list. My friend Elizabeth and I had gone up to San Luis Obispo County for the Fall Harvest, and after a day of wine tasting we felt like a seafood feast. We started with a bottle of Justin Cabernet, one of my favorite California reds. They also gave us crayons to draw on the table, which I was happy to do.

Months earlier we had gone to Hearst Castle with some friends and we stopped into the Cracked Crab for a quick lunch on the way back. Elizabeth had the crab bisque and proclaimed it to be the best she had ever had, so on this trip we each ordered a cup. I am not an aficionado of crab bisque, but I can say that this was outstanding.

Next the waiter brought us a trio of sauces to accompany the bucket of seafood we ordered: drawn butter, cocktail sauce, and a triple-mustard sauce. Also we were given a rather ominous looking collection of tools with which to eat our food.

Then the bucket came out and was unceremoniously dumped on the table. In addition to red potatoes, corn cobettes, and Cajun sausage, we got slipper lobster, gulf shrimp, and Jonah crab claws. It was all fantastic, although my personal favorite was the slipper lobster. It was definitely a lot of food, although we did not allow ourselves to let any of it go to waste.