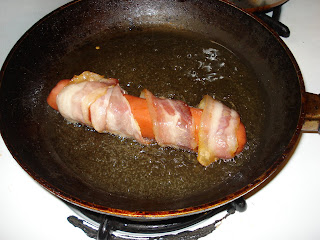 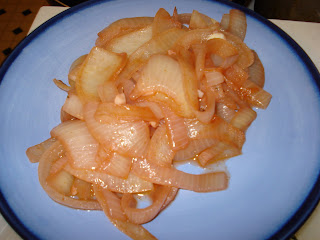 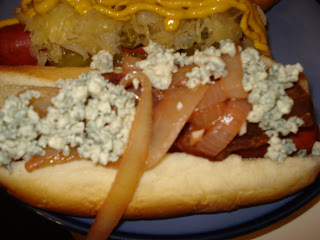 In the late 90s I was down in Mexico for the Baja 500. I was not quite certain what I was doing there - it was a strange combination of working for Offroad.com (with a couple photojournalists from Germany who spoke no English,) selling stuff at a table for a race radio company, and providing support for a Protruck racing team - but it was a great time.

The team I was helping out won their class, and we all went out for dinner to celebrate. The dinner last several hours and I was starving (I had not eaten since that morning, when a competing team took pity on me at one of the pit stops and gave me some tater tots and mini sausages) and I kept eating the chips and salsa. It was great salsa, full of cilantro and hot peppers, and it made me very thirsty. And I wasn't going to order water, so I was drinking Tecates left and right. I do not know how many I had, but it was a lot.

The next day I had one of the three worst hangovers of my life. One guy on the team told me I should eat a specialty of a stand near our hotel: a hot dog wrapped in bacon and fried. I was very suspicious, but willing to try anything. (It did help a little, although I'm not sure if it actually made me feel better or it just diverted my attention from the pain in my head to what felt like a brick in my stomach.)

The other night I was making a couple hot dogs for dinner, and I looked in the fridge to decide what condiments I felt like using. I was going to go with sauerkraut and mustard... until I saw that there were two pieces of bacon left, just sitting on the shelf staring at me. My mind flashed back to Ensenada when I was 18, and I figured why not.

I wrapped the bacon around the dog and fried it for a few minutes. I sauteed some onions in olive oil and Tapatio hot sauce. I added blue cheese to it as well. It was... well, interesting. It was kind of good, although I don't see myself ever making one again. I guess it's just one of those things you do in Mexico when you're young that you don't need to ever do again (insert prostitute joke here.)
Posted by JustinM at 2:07 AM

I was thinking donkey joke.