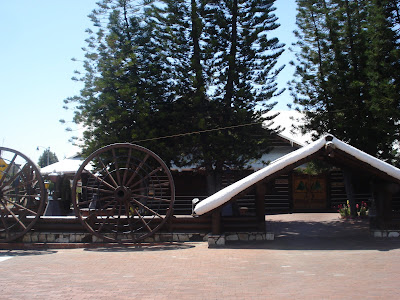 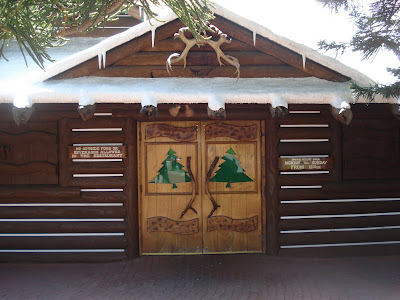 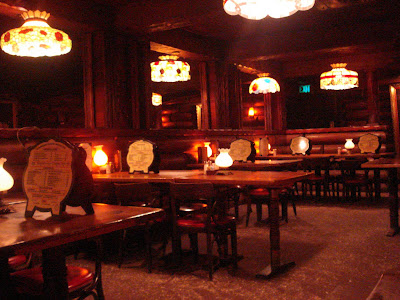 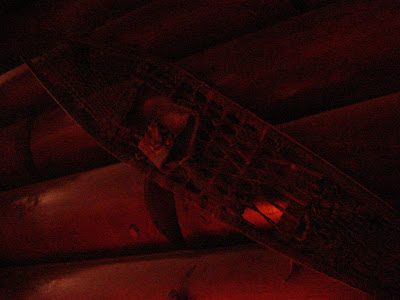 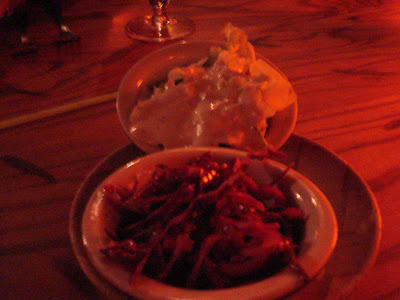 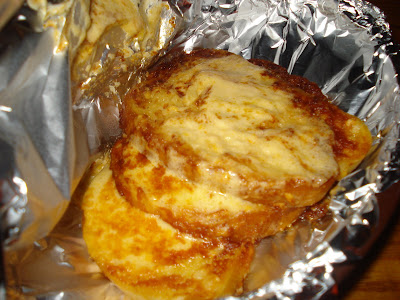 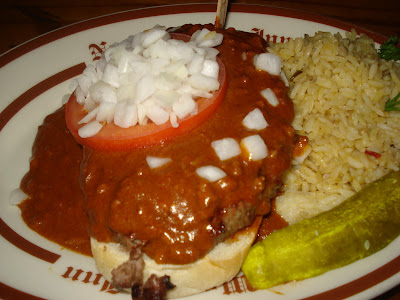 There are a handful of places around town that are timeless to me. Places where I can go at the age of 30 that seem just like they did when I was 20, or 10, or 1. Ok, I didn't really go to very many places when I was 1. Although at that age my mom and aunt took me to my first restaurant: The Raymond. I peed in my pants and they hung them out the window on the ride home. (25 years later I would employ a similar strategy after a night at the Old Towne Pub, but that seems like a less cute story that I don't need to go into.)
-
Sitting in Dodger Stadium, looking out at the Elysian hills and beyond, feels no different today than my first game in the 80s. (I have to ignore the proliferation of advertisements in the stadium, though.) The Sierra Madre 4th of July parade is the same as it always was. Burkard's nursery feels exactly like it did when my brother and I would wander around without being able to see over a lot of the plants. You could blindfold me and lead me into Fish King and I would know where I was within 5 seconds.
-
I did not realize until today that North Woods Inn belongs on that list. I have not been there in over 4 years, and I'm sure that was my first trip in at least a decade. But I have many memories of going there with my grandmother when I was a kid. The only thing I ate was their hot dog, but I loved their hot dog. I've never liked peanuts but I would shell dozens of them and leave them on the table. When my dad was with me he would eat them. When he wasn't I would just throw the peanuts on the floor with the shells.
-
Walking in was like looking at high school photos: things you hadn't thought about in years suddenly seem very familiar, as if you'd just seen them yesterday. The stained glass, the tinkling piano, the giant, dark rooms with lamps hanging over every table. The menu looked the same as I remembered it, too. I sat in a room in back, underneath an old snow shoe. I was the youngest diner in the room by at least 30 years. (I only took a couple photos with the flash so as not to disturb people.)
-
I decided to have a hamburger with chili and onions, with small sides of their dual salads: the blue cheese salad and the red cabbage salad. I love them both. I also had an order of their famous cheese bread: large slices of bread covered with pools of cheese and butter, one of the great things any person can ever eat in their life.
-
My hamburger was open-faced and drowning in chili. I have never had their chili before. I am not a big fan. It's not bad, but it's very bland. The onions gave it a nice amount of crunch, and I liked the consistency, but there was hardly any flavor to the chili. The burger was very good. I had ordered it medium-rare, and, as is usually the case at restaurants, they overcooked it. But it was still quite tasty. I had to force myself to stop eating the cheese bread. I could eat that all day. I drank at least 4 schooners of iced tea.
-
It was nice to come back to some place that I once loved so much. I would like to say I will be back soon, yet knowing how way leads to way, I'm sure it will be another few years. But I'm equally sure it will be exactly the same.
Posted by JustinM at 8:46 PM