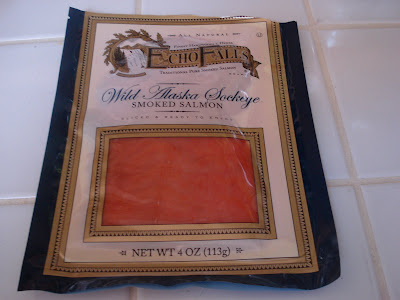 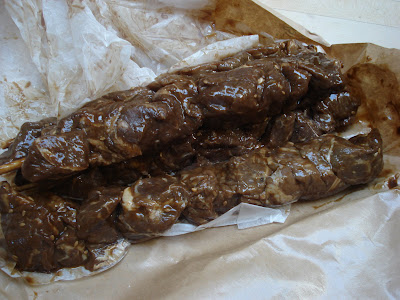 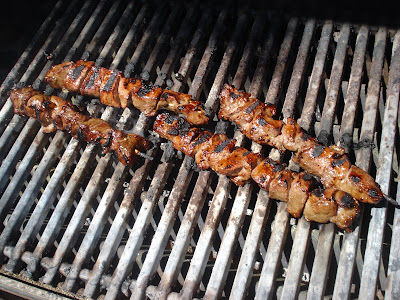 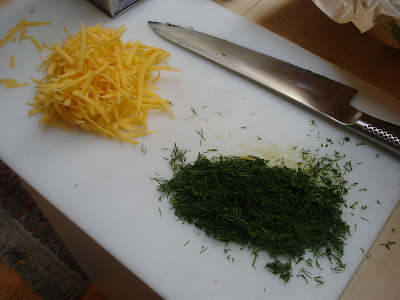 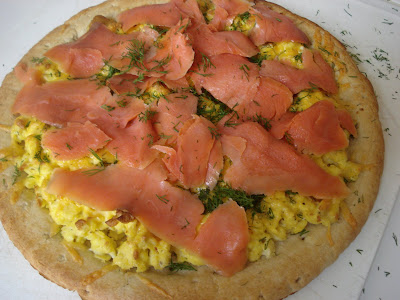 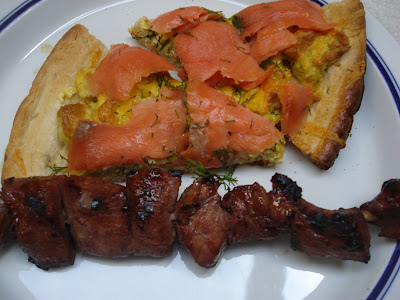 I don't really like dealing with crowds, especially when I'm hungry and trying to get food or drinks. So there are a few days of the year I don't ever really like to go out: St. Patrick's Day, Mother's Day, Easter Sunday, etc. My parents are pretty cool about that kind of thing, though, so when I suggested Elizabeth and I just pick up a few things from Bristol Farms and come over and make brunch, this sounded like a great idea. My mom loves Bristol Farms; my dad loves the idea of not going out on Sundays and watching baseball and The Masters at home. Hell, even if you don't like golf at all (like, uh, my mom and Elizabeth,) seeing Augusta National in HD is a truly magnificent experience.

A few months ago I made a breakfast pizza for a family brunch and that sounded like a good idea to repeat. I bought an already-formed pizza crust (actually I bought two but the dog ate one) and some eggs and salmon. After scrambling the eggs then adding a fair amount of some shredded cheddar and fresh dill I cooked it in the oven for a few minutes, then added the salmon. Everyone liked this. I absolutely love fresh dill and I always have, although I know some people don't. (Two of my good friends, Murph and Tim, hate it passionately.)

I bought a few terriyaki beef kabobs at BF. I grilled these to about medium. They were fantastic and I wish I'd purchased more. We also had some pre-made potato salad from BF that was good but nothing special. After lunch Elizabeth and I played catch in the backyard and listened to the Angels game on the radio. It may not be as nice as drinking margaritas on Olvera Street last Easter, but it was still a damn good way to spend the day, much better than going out and dealing with crowds.
Posted by JustinM at 2:09 PM

Hmm...that's what we did last Easter? Oh yeah, good times.