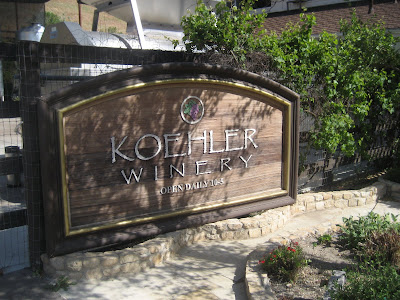 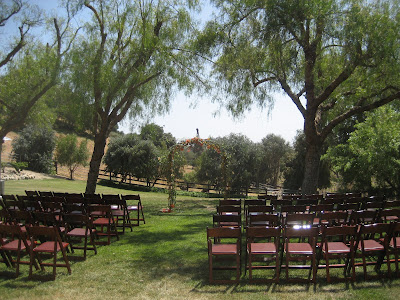 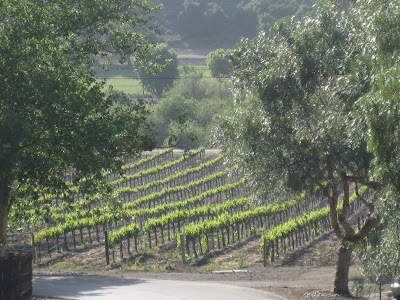 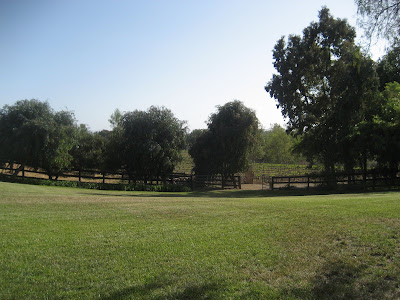 I have been to some very nice weddings in my life. I once attended a wedding on a patio suspended over the ocean in Monterey. I was at a wedding at the Bel Air Hotel with more flowers than I have ever seen in my life at one time. A friend got married on a boat in the Newport Harbor at sunset; there was a band playing and booze flowing and the whole world seemed to move in slow motion for a couple hours.

But I'm not sure if I have ever been to a wedding in a setting I liked more than this past weekend at Koehler Winery, just north of Los Olivos on the Foxen Canyon Wine Trail. Up on a hill, with the vineyards down below and the hills off in the distance, it provided gorgeous views for the entire afternoon. 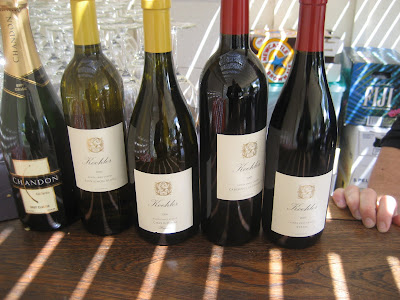 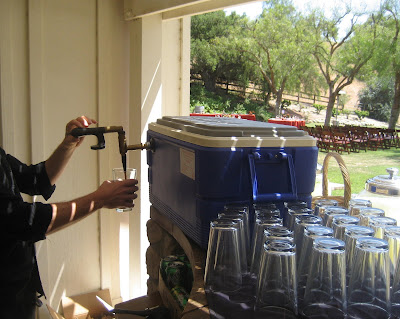 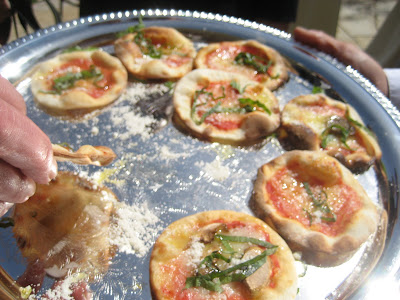 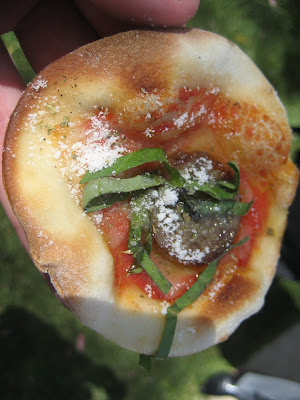 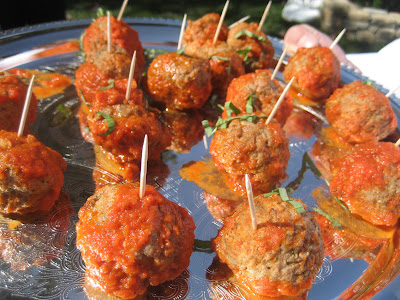 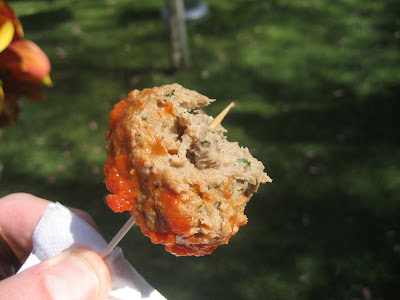 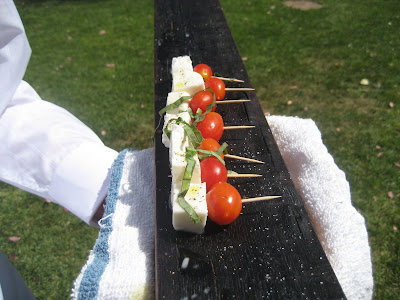 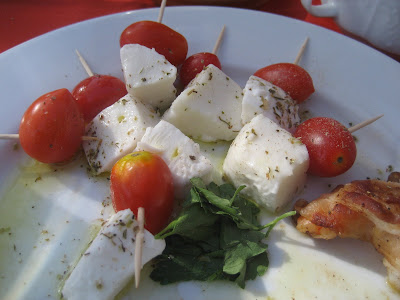 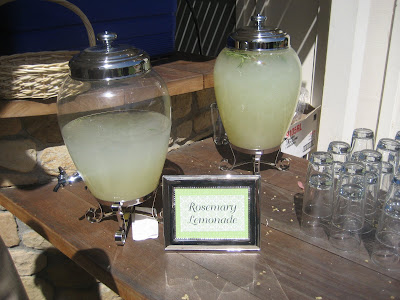 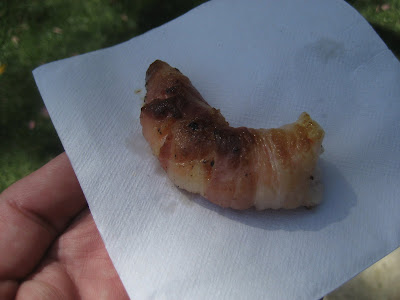 For a couple hours after the ceremony, while pictures were being taken and the sun slipped from it's 3PM spot to a more acceptable late-afternoon location behind some oak trees, we all hung out informally, snacking on appetizers and visiting the bar. It had been important to the groom (well, to all of us really, but especially to him) that there be a keg of Guinness at the ceremony. And so there was. We didn't quite finish it but we came close, and the bartender was impressed.
The caterer was Trattoria Grappolo. A couple months ago I was browsing through their cookbook in a bookstore, and their pizzas looked fantastic. I had heard that there were going to be mini pizzas as appetizers, and I was very stoked. I probably had at least half a dozen. My favorite was the sausage and basil. My favorite appetizer, however, were the bacon-wrapped shrimp. They were cooked perfectly. I only ate one, because I was busy with other things, but I could have eaten at least twenty. The meatballs were also great, although I only had one: they were pretty messy and I knew eventually I would spill on my tux if I kept eating them. 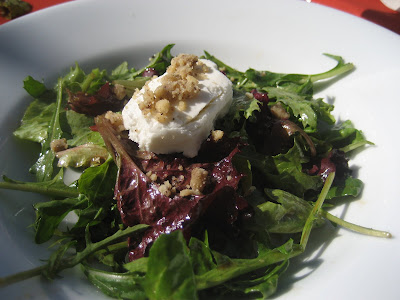 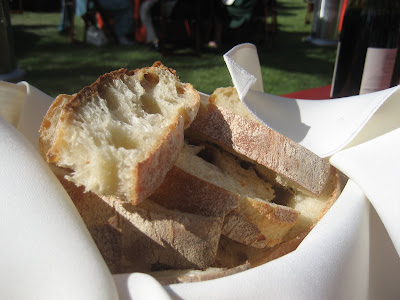 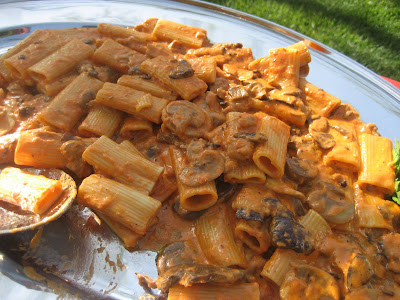 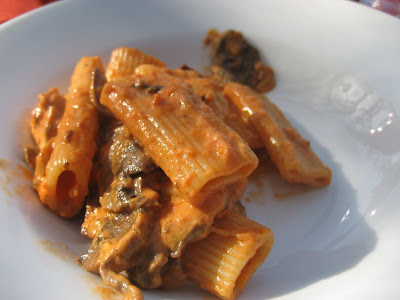 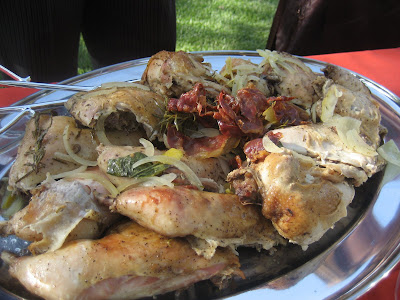 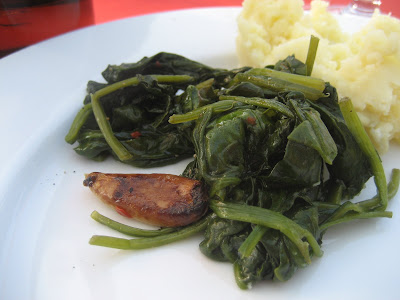 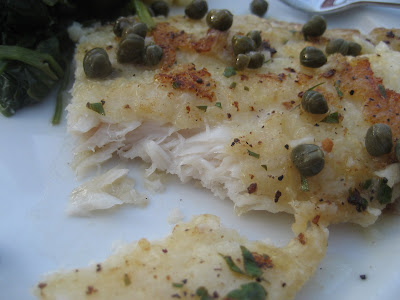 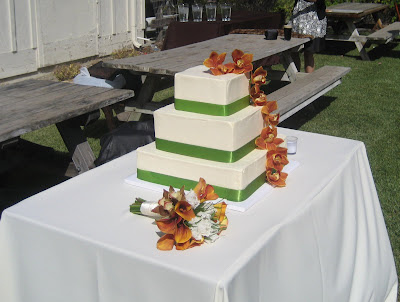 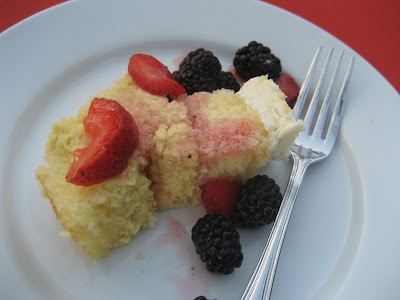 The main meal started with a simple salad of greens and goat cheese. It was very good. The bread was great, as was the olive oil - one of the servers told me they had just made it the day before - but I didn't want to fill up on bread. The next course was some of the best pasta I have ever had. The tomato sauce was great and I even tried the mushrooms. I do not like mushrooms and I never have, but I figured if ever I was going to like them it would be now. I did not. But they were definitely the best I have ever tried.

I had a generous helping of spinach and mashed potatoes. The spinach included whole cloves of roasted garlic, one of the best things in the world. There were two entrees: chicken and fish. The chicken looked fantastic but I went with the fish. Serving fish in large portions is always tricky, since it is easy to overcook. This was done perfectly. If I had cooked a small portion of this fish for just myself, I could not have cooked it any better.

I rarely eat dessert, but there are certain exceptions: cotton candy at a baseball game; homemade ice cream in the summer; wedding cake at afternoon wineries in Los Olivos. This cake had a subtle lemon flavor and a great frosting. (I was briefly considering whether it would be acceptable to have a second slice. I looked over at my buddy Murph and noticed he was on his third slice. So I did.)

For the rest of the afternoon I talked, danced, and took pictures. I drank Pacificos and watched the sun set until they were both gone. 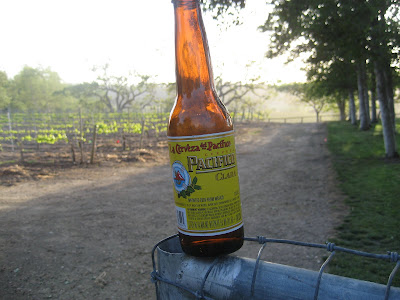 This wedding shares the same place in my heart the one I had the good fortune to attend in Florence almost four years ago - both were simply perfect.

Holy crap! Everything looked so delicious!!!! I am sitting at my desk here starving.

Awww...thanks for the reviews! Jim and I read them when we got back (we're still catching up) and were super excited with your take!

Glad you had a good time -- an :)d thanks for being there!

Hey, thanks for all the food and drink. It was great - much better than Jim's first wedding.

Ah -- see, still in catch up mode. Was just informed by my husband he has printed out the blog entries so we can add them to the wedding album!

I'm telling you...this is better than being featured by the NY Times!