Pizza On The Grill 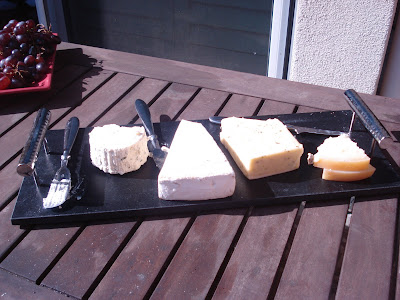 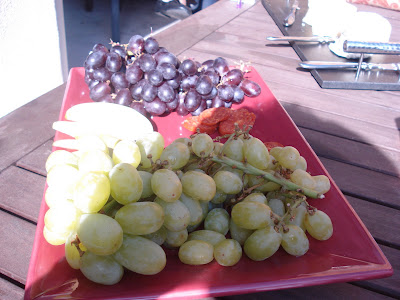 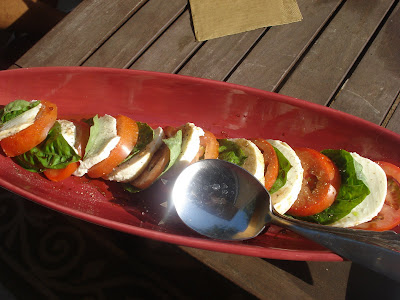 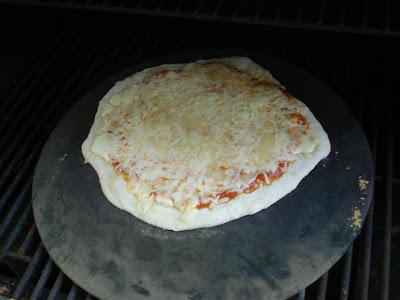 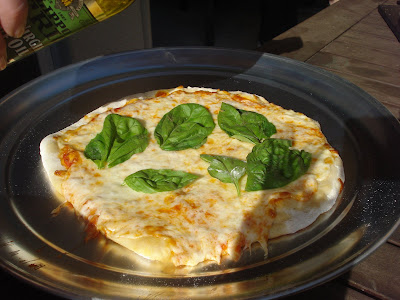 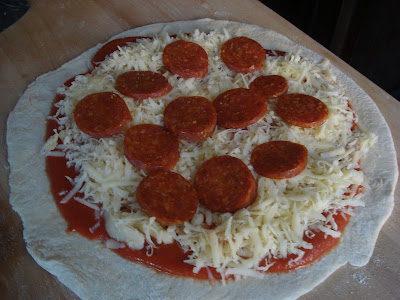 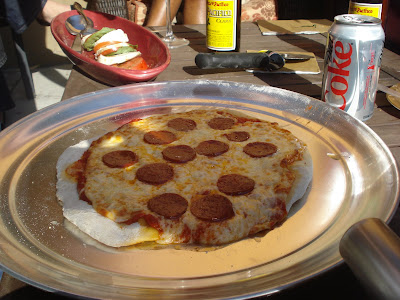 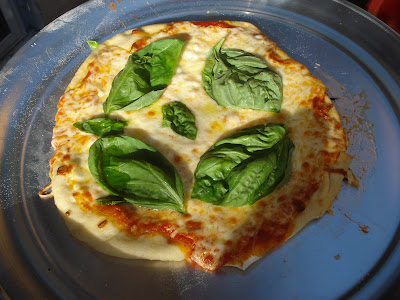 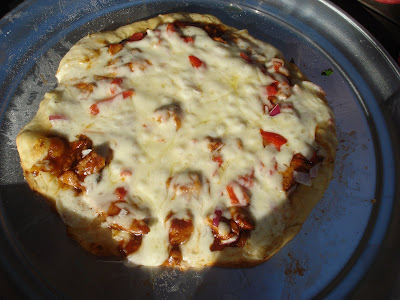 A couple months ago I was in the Hollywood Borders on a rainy Friday night, browsing through books, waiting for Elizabeth to get off work a couple blocks away so that we could go shopping for bridesmaids dresses. (My Fridays aren't as exciting as they used to be.) One of the books I picked up was a cookbook called Trattoria Grappolo: Simple Recipes for Traditional Italian Cusine. The main reason I picked it up was the gorgeous picture of the pizza on the cover, but then I saw that Trattoria Grappolo is a cafe in Santa Ynez. As I have written before, that is one of my favorite areas in all of America, and I started reading the recipes with an idea of hopefully going there one day.
-
My friends Jim and Rachel are getting married at a winery on the Foxen Canyon Wine Trail in Los Olivos in three weeks, and Saturday they invited a few people from the wedding party over to meet the wedding planner and eat some pizza. They said they would be cooking the pizza on a stone on the grill, and the recipes were from their caterer. I looked at their wedding website to find out who their caterer is and found, to my happy surprise, that it is Trattoria Grappolo.
-
We started with a few plates of appetizers: several kinds of cheese with crackers; grapes and pepperoni; one of the most beautiful plates of Insalata Caprese I have seen. The first pizza was a simple cheese pizza. Rachel explained that the dough of the first pizza off the grill usually isn't cooked well enough. This was certainly true - the dough was soft around the edges - but it was still quite good, especially when she tore some fresh basil and drizzled it with olive oil.
-
The next pizza was thick cut pepperoni. The dough cooked better this time and this pizza disappeared within a couple minutes of being served. The next pizza look like another cheese, but was one Rachel made especially for me: lots and lots of garlic. Everyone loved this pizza. Was there an explosion of garlic in every bite? Yes. Was there too much? Not possible.
-
The last pizza was probably my favorite of the evening: barbecue chicken. She had cooked some chicken earlier in the day and mixed it with Jack Daniel barbecue sauce. She put that on the dough with some chopped red onion and tomatoes and covered it all with an avalanche of cheese. When trying to bite into the pizza, the toppings slid around like marbles, but nobody cared because it was all so damn good. I have eaten barbecue chicken pizzas all over the country and only a very few have been better than this one.
-
I am looking forward very much to eating the food at the wedding.
Posted by JustinM at 11:31 AM

If you liked my pizza, just wait for the mini pizzas at the wedding. The head chef of Grappolos (and author of the book) is on hand to cook the entire meal!

Hmmm...is it lunch time yet?

Hell, is it your wedding yet? I want mini pizzas now!

THAT LOOKS AWESOME! Your blog is fun!

They were every bit as good as they looked. I just talked to my brother on the phone, I haven't spoken to him in at least a week, and they first thing he said to me was "damn those pizzas looked good!"

If I don't gain at least 15 pounds at this wedding I will have done something wrong.

If we all don't gain fifteen pounds, have massive hangovers and are confronted with pictures of embarrassing moves on the dance floor in the following days, I'll be very surprised.