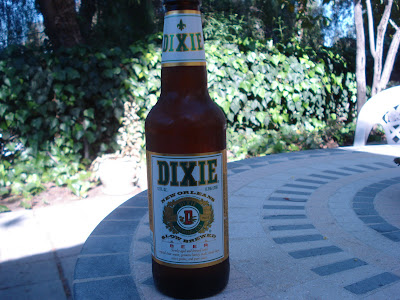 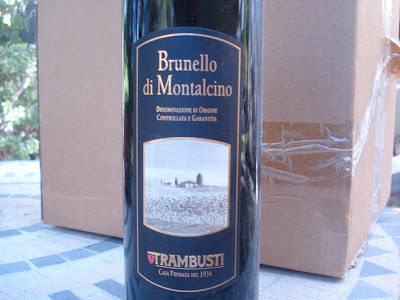 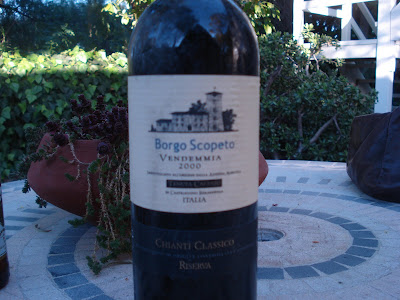 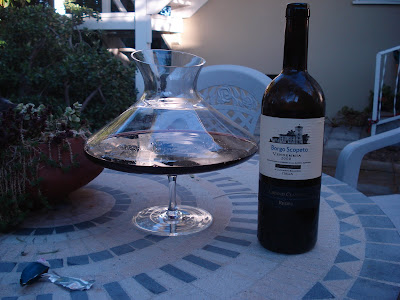 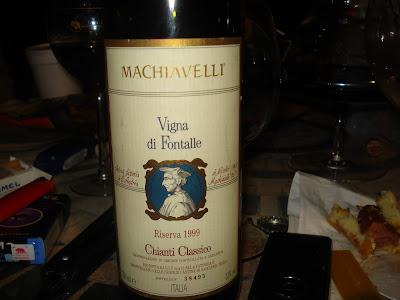 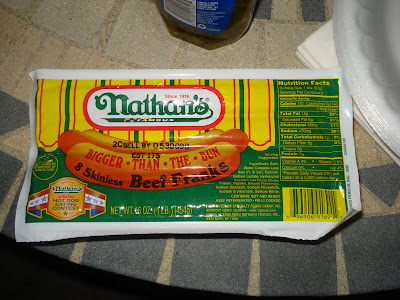 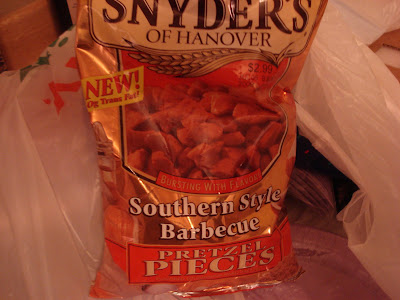 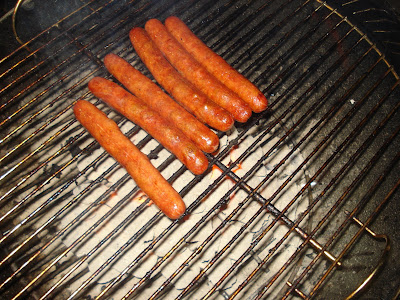 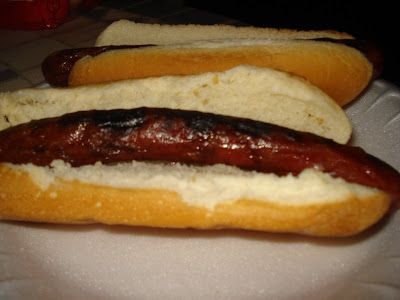 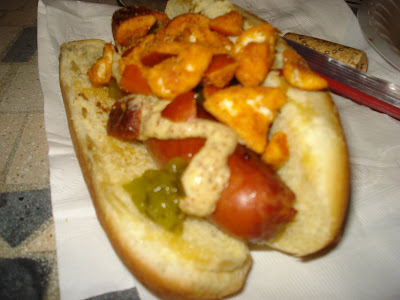 Earlier in the day, after my mom's birthday celebration at Spring Street Smokehouse, we had stopped at Galco's Soda Pop Stop. None of us had ever been there, although I certainly remembered seeing Huell Howser do a show from there years ago. In addition to picking up a few old school sodas, I saw they had Dixie Beer. Once upon a time, Dixie was my favorite beer for hot summer days. I knew the brewery had been damaged and looted during Hurricane Katrina, and I thought Dixie Beer was gone forever. But apparently some breweries around the country were given permission to contract brew it. So I excitedly bought a bottle.

I was drinking it on the patio - it was as refreshing as I remembered - when my friend Tracie, who just moved in about 100 yards away, stopped by with a couple bottles of wine. She explained that these were wines she bought in Italy several years ago and she wanted to see if they had survived her last few moves. (She changes dwellings about as frequently as I change the cat's litter.)

She had a 2001 Brunello di Montalcino and two Chianti Classicos. We decanted them all in the NapaStyle "Amalfi" decanter I bought her years ago for her birthday. (I forget which of her 34th birthdays it was.) As it turned out, they all were fine. The Brunello was particularly great.

Of course, there is nothing better to go with fine Italian reds than pretzels and hot dogs. At the store I noticed a bag of pretzels with the words "Southern Style Barbecue" on them. There are no three words that get my attention quicker than those. Not "Live Nude Girls;" not "Double Deep Fried;" not even "Jonas Brothers Live." Still, I wondered how the hell you can make pretzels taste like southern style barbecue. Were there going to be pieces of pork in them?

My favorite hot dogs have always been Farmer John. Whether it's Dodger Dogs or beef franks, the taste of them reminds me of summer. But Elizabeth, true to her New York roots, loves Nathan's. I also think Nathan's are pretty damn good, so when she said that's what she wanted, I had no problem going along with that.

I grilled several of the wieners and made my usual dog with spicy mustard and relish. If I'm making hot dogs in the house, I will add sauerkraut or chopped onions or even bacon and cheese. But at an outside table by the grill I like to keep it simple. After eating one dog that way I made another and added some pretzel pieces to it. They were pretty damn good, actually, flavored with vinegar and mustard. They didn't exactly make me feel like I was back at Memphis in May, but they were better than I expected.

I can't wait for the hot weather to return so we can do this again.

Yum! Hot dogs and red wine, that sounds like a pretty good combo. I bet those Italian reds were awesome. Now I need to call Tracie to get the lowdown on her new place.

I was happily surprised at how good the Brunello was, despite not being a Riserva and not having been properly stored all these years. It complimented the tanginess of the mustard-topped dogs quite nicely.

The Brunello went very well with my Dixie Beer.