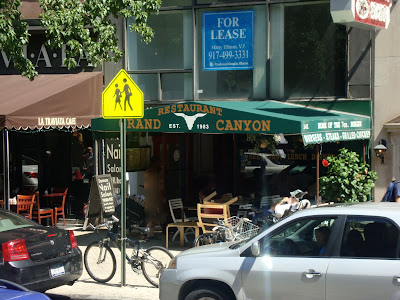 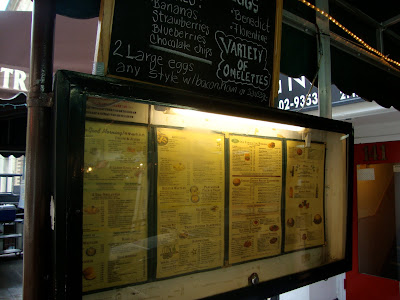 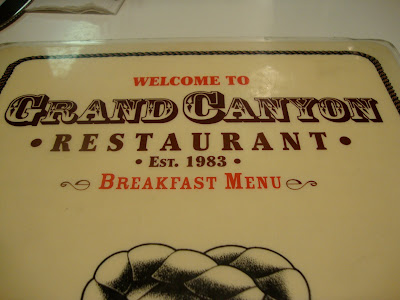 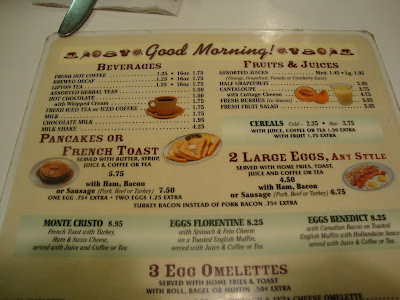 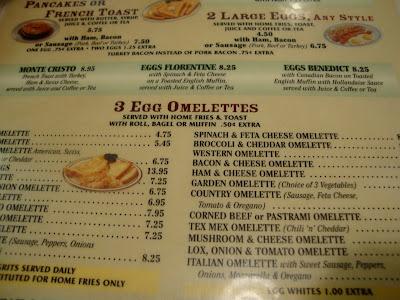 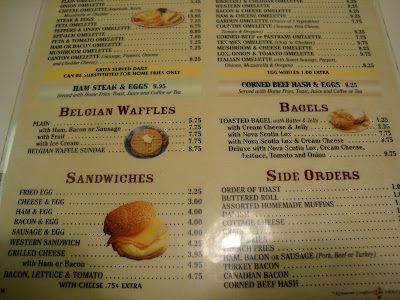 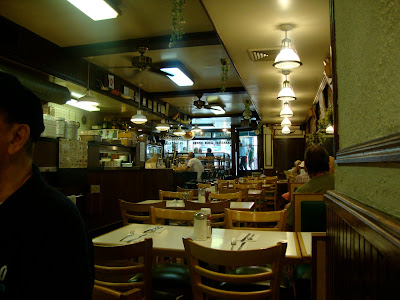 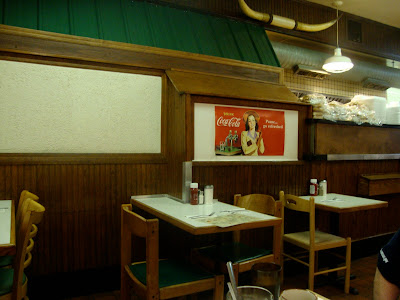 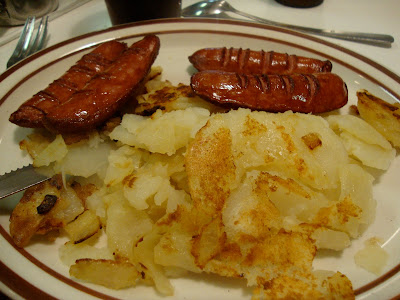 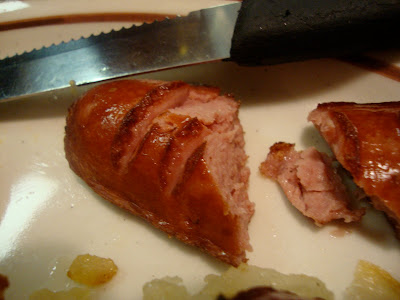 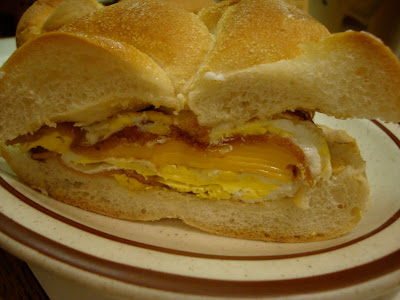 After taking the red-eye and getting into New York around 6:30 in the morning, we took the train up to Brooklyn. We were spending the night with Elizabeth's great-uncle in Brooklyn Heights. We got there around 7:30; he was up and wanting to know what we felt like doing. We felt like sleeping, but that wasn't an acceptable answer. He said he would take us to his favorite place for breakfast. Uncle George is the kind of guy you see in movies but I'd never actually met: he is 82 and he walks around his neighborhood every single day, stopping at least a couple times per block to chat with people he knows. Everyone knows him. We almost couldn't keep up with his pace. (True, we hadn't slept, but we're still each more than a half-century younger than he.)

Grand Canyon is on Montague Street, almost literally across the street from where Elizabeth lived for years. It's a nice looking diner, decorated with decor in a theme of the American Southwest, although I'm not entirely sure the person who decorated has ever been to the Southwest. But still, it was inviting. I have been to enough diners in my life to immediately sense when the server is not going to speak more than five words to you and try to get you out the door as quickly as possible. This was clearly the flip side of that - the kind of place where you know the service is going to be excellent and you having a feeling that after your second visit they will remember your name.

The breakfast menu is big and it took me a few minutes to decide, while I drank coffee like it was water. I ended up getting the turkey sausage and home fries. Elizabeth ordered a breakfast sandwich with egg, cheese and bacon. The food seemed like it came out in thirty seconds, but I know this can't be true. (I'd been up for 25 hours at this point and things seemed to be happening as they do in a dream, where you know what's going on but the details are not sharp.) It probably took more like four minutes to get the food. Either way, it was fast.

The turkey sausage was the best I have ever had: thick, juicy and flavorful, all things I do not normally associate with turkey sausage. The home fries were good, although Elizabeth pointed out that she should have told me to order them well done. (The few pieces I had that were well done were indeed delicious.)

I had a couple bites of her breakfast sandwich (her uncle got a similar sandwich as well) and loved it. I'm not usually one for breakfast sandwiches, unless perhaps they are pressed on an English muffin, but this was great. The roll was very soft and the bacon was perfectly crisp. I do not remember the last time I had a breakfast sandwich this good at a restaurant.

The meal for the three of us cost $14. It wasn't the best meal of the week, but it was very good, and it was certainly the best deal.
Posted by JustinM at 9:14 AM

Ah, breakfast sandwiches. Now that my food aversions have gone away and I can eat eggs again, breakfast sammies are high on my list of pregnancy cravings I wish I could indulge. No luck though as the left coast hasn't figured out how to make a proper one yet.

Back to grilled cheese for me...

yo PP- just curious- is uncle george italian? jewish? puerto rican? he sounds like the mayor straight outta do the right thing.

I actually have no idea. However, Mexico once canceled Cinco de Mayo because he had a scheduling conflict.