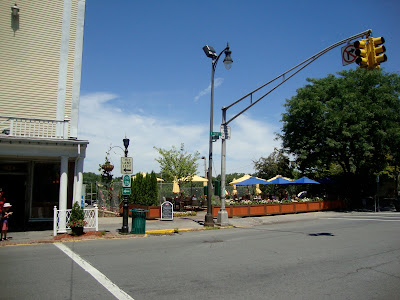 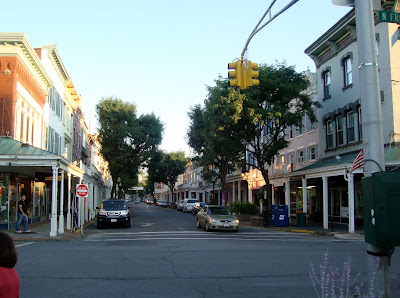 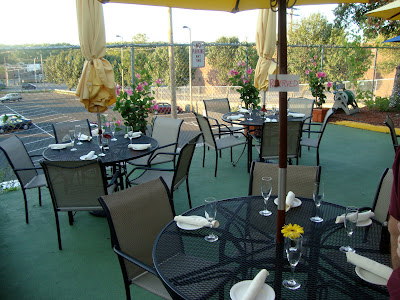 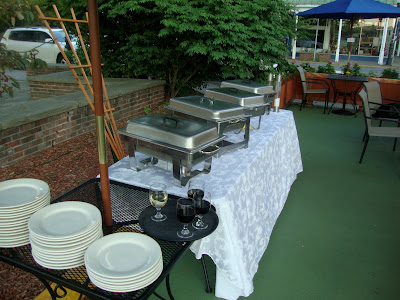 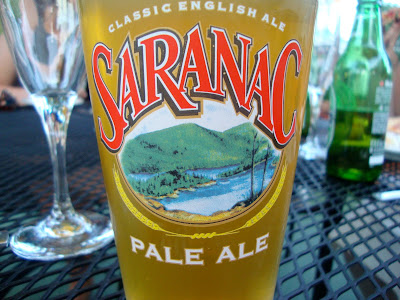 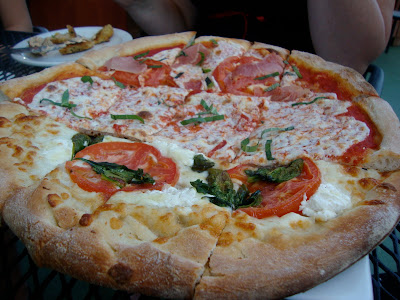 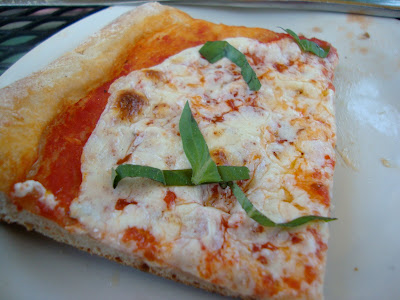 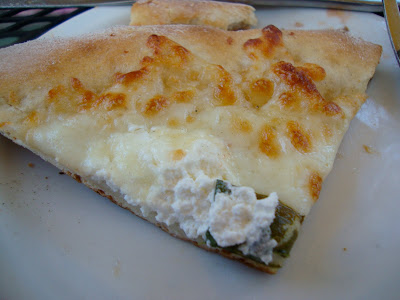 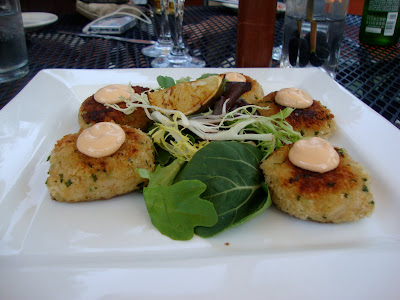 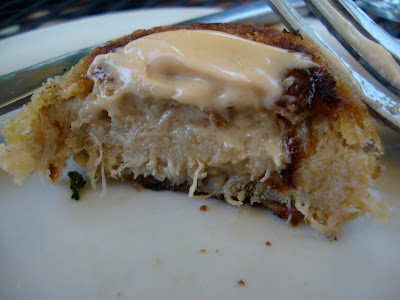 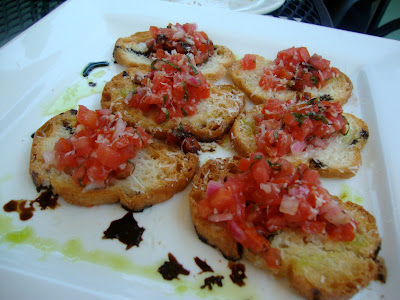 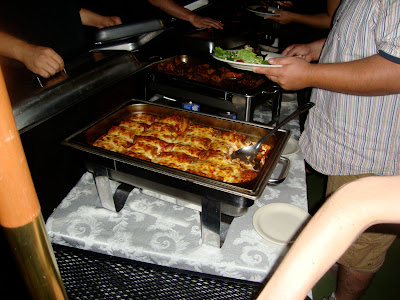 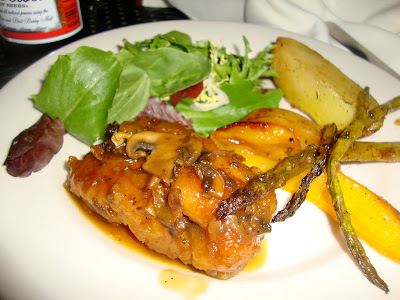 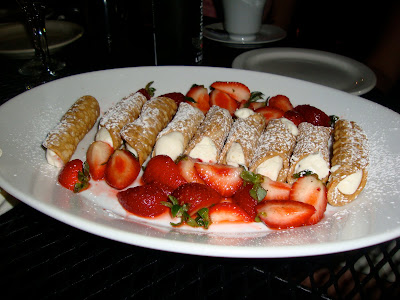 I was surprised when I heard Elizabeth's sister's wedding rehearsal dinner was going to be at a place called Maxwell's Pizza. I immediately conjured up an image of all of us sitting around eating pizza, drinking pitchers of beer, maybe watching baseball on a giant TV. In other words, the greatest rehearsal dinner ever. But something about it didn't seem to jibe; I didn't think that could really be what we were doing.

It all became clear when we arrived at Maxwell's, in a part of Uptown Kingston known as the Stockade. The small inside of the restaurant looks somewhat like a pizza joint - albeit an upscale one - but the outdoor patio was quite attractive, with views of the surrounding streets and the hills in the distance. This is where our party was going to be.

I cooled down with a few pints of summer ale. Eventually I turned my attention to the appetizers. A three-section pizza had been set down at our table, so I took a slice of goat cheese and a slice of margarita. The goat cheese slice was a little on the dry side but the margarita was fantastic. The crust was dense and crackled with each bite.

These were outstanding, full of crab and fried golden brown on the outside, served with a chipotle sauce and a some grilled wedges of lime. I could've eaten a dozen of these. But that seemed like it wouldn't have been appropriate. So I only ate ten.

The bruschetta looked pretty good. But I dislike tomatoes, so I did not eat any. When the buffet line was ready I checked out what they had: eggplant parmesan, chicken marsala, roasted vegetables, and salad. There may have been a couple other things; I wasn't paying much attention as I had pretty much filled up on appetizers.

I have never been a huge fan of chicken marsala, but this was as good as any I have ever had. Often I find the taste of the marsala sauce so overpowering that I can't taste anything else. This sauce was a nice complement to the chicken. The vegetables, especially the potatoes, were very good.

Towards the end of the meal I noticed the mother of the bride (and also, obviously, Elizabeth) had been sitting by herself for quite a while, so I asked Elizabeth - who was catching up with old friends - if I should go talk to her. She said that would be very nice of me. So I did, and I had a couple more drinks... but somehow missed out on the cannoli, which everyone later raved about. Since I'd left my camera at my table, Elizabeth took a picture for me. But I didn't get to taste any.

I would gladly return to Maxwell's to try some of their other pizzas, including the "chipotle bbq pork" pizza. And finally try the cannoli.
Posted by JustinM at 9:10 AM

Wow, from the first photo, I thought you'd returned to writing about the Farmer's market in South Pasadena.
The pizza and crab cakes look terrific. I need to find something of equal quality here in SoCal. So many bad examples!
The Saranac Pale Ale looks interesting (web link: http://www.saranac.com/#). How was it?

those crab cakes look ridiculous. I love a good crab cake too-i doubt i could have shown the restraint you did. I commend you at stopping at 10!

Tflemingo: That is sort of misleading. I didn't think anyone would bring it up. I forget that some of my millions of followers are in the adult beverage bidness.

It's not Saranac, that's just the glass I was using. I think the logo is very pretty so I used a pic of the glass. But the beer inside is actually Captain Lawrence Brewing Company's (from Pleasantville, NY) Liquid Gold. As the website describes it: "brewed with imported German malts and US-grown hops."

One of my main tenets of vacation is to eat the local food (like local blue cheese and bacon from the previous day's burger) and drink local beer. I know you understand this. Seeing as how the mother of the groom had paid a flat fee for the dinner and I wasn't driving anywhere, I saw no reason not to have quite a few of these delicious lagers. So I did.

Fritos: There were a LOT of crab cakes left over. I know because I carried the box of leftovers to the car, and it weighed more than thirty pounds. There might have been at least a couple dozen crab cakes in there. And the person who was supposed to put them in the fridge that night forgot to do it, so they stayed out all night in a warm, humid basement!!!

That is some quality pizza there, man I want to get some pizza now...and Saranac, I really really miss the microbrews that you can find in upstate NY. Another one I enjoy is Ommegang (sp?) but it's more on the darker side. Bluepoint toasted is also nice for the summer but they brew out in LI. Hmm, I realize the more I travel for work the more into alcohol I get -- I wonder if there is some sort of a correlation?

Crab cakes look amazing, I made crab cakes from scratch a few months ago and I did used real canned crab meat so I am not sure if that was cheating but it's way more work than its worth I think...much easier to just order it.